Tom Brady scored his first touchdown as a Tampa Bay Buccaneer with his most unstoppable play: the QB sneak 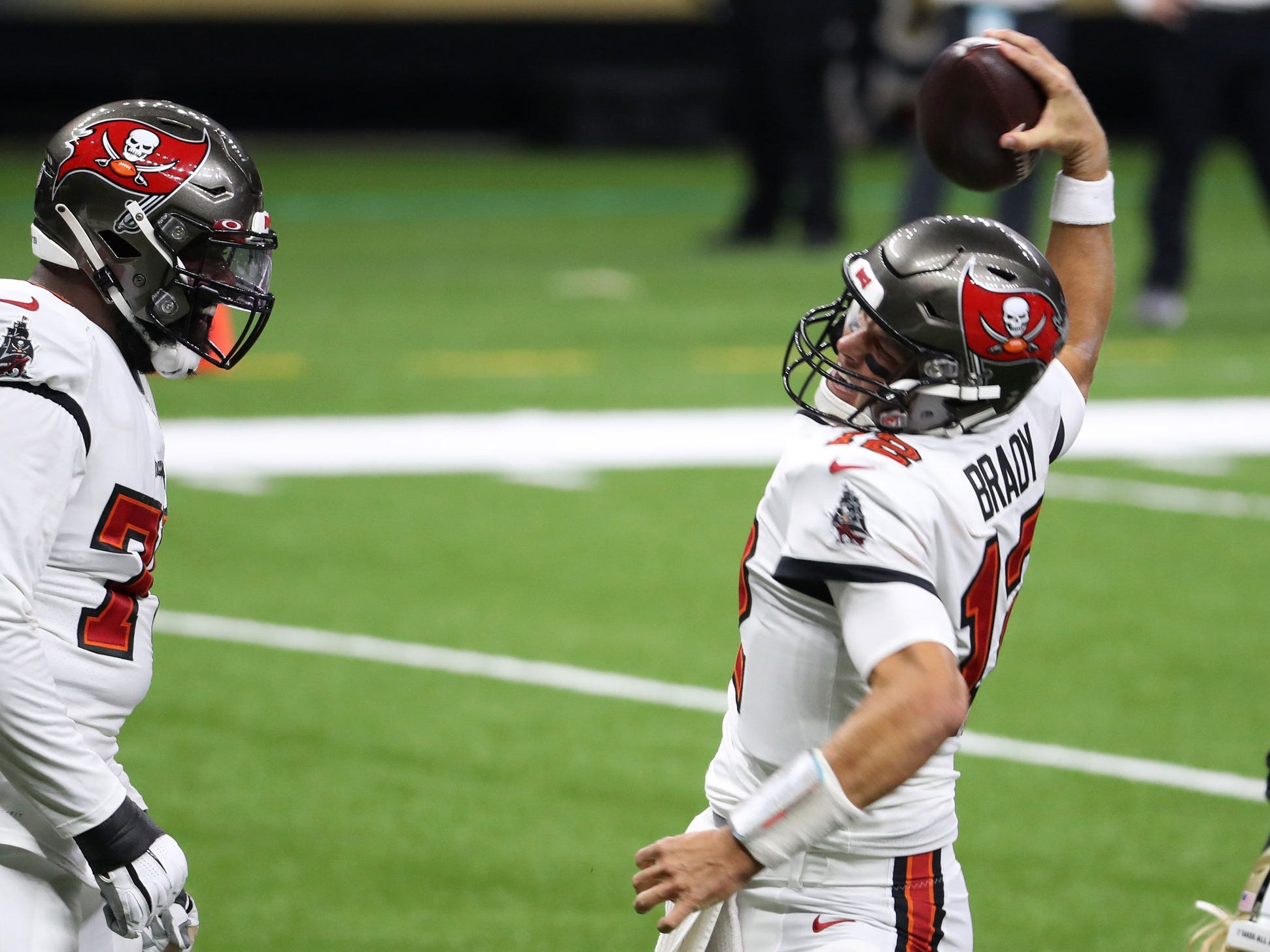 It didn’t take long for Tom Brady to make his mark with the Tampa Bay Buccaneers.

On his first start of the 2020 season, Brady led the Buccaneers on an 85-yard drive, and capped it off with a touchdown on his most unstoppable play: the quarterback sneak.

Brady kicked off the drive with an impressive completion on the sideline to Chris Godwin. The touch throw quickly showed any doubters that Brady still has some arm to work with at age 43.

.@TomBrady's first completion with the @Buccaneers is 29 yards to Chris Godwin! #GoBucs

But Brady’s best play came at the conclusion of the drive. After a few penalties helped the Buccaneers march deep into Saints territory, Tampa Bay found the end zone with a quarterback sneak from Brady.

Brady sneaks for the score! #GoBucs

Brady’s prowess with the quarterback sneak is well-documented. The Boston Globe wrote in 2019 that Brady had attempted 38 QB sneaks since 2015, the third-most in the NFL. Of those attempts, he converted a league-leading 84%.

Given Brady’s age, one might think he’d be ready to leave such a dangerous play in the back of the playbook, but it’s clear he’s still ready to dive for the end zone when called upon.