2 amazing free-kick goals, a beautiful Diego Rossi curler, and a last gasp save made for an instant MLS classic between Los Angeles FC and Philadelphia Union 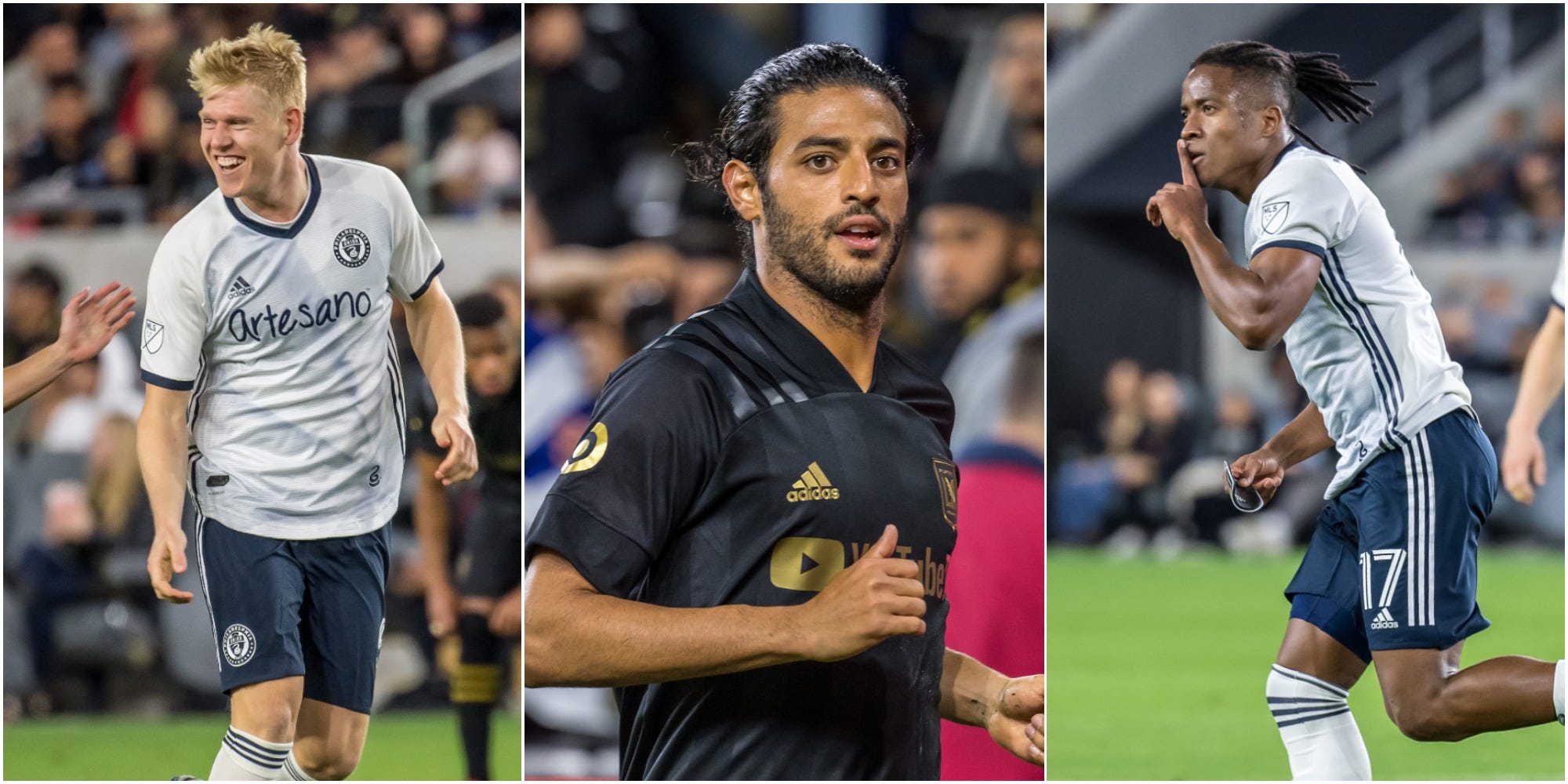 Los Angeles FC came from behind three times to earn a draw against the Philadelphia Union on Sunday in what was one of the most memorable games in recent MLS history.

Bob Bradley’s side, who are hot favourites to win the MLS Cup this season, first conceded in the 29th minute when Union forward Sergio Santos curled home from the edge of the area.

Carlos Vela is starting off the new season on ????

Union defender Jakob Glesnes matched Vela’s effort with a thumping free-kick of his own just after halftime.

Just one minute after, however, Diego Rossi curled in a beauty to level for LA again.

The Union retook the lead in the 69th minute through 19-year-old Brenden Aaronson, who smartly controlled Santos’ pass into the box before swivelling and striking the ball under Kenneth Vermeer.

The final goal of the night then arrived in the 71st minute, when Union keeper Andre Blake’s failed clearance from a corner fell into the path of Eddie Segura, whose deflected effort sneaked into the bottom corner.

Blake redeemed himself when he produced a marvellous save deep into added time. Brian Rodriguez found himself one-on-one with the Jamaican in the 95th minute for a glorious opportunity to complete the turnaround for LA.

“Today is a good example of how strong the team is,” LA midfielder Mark-Anthony Kaye told the club’s website after the match. “Obviously we would rather not have to do that.”

He added: “The first two goals were very good goals, but the third was just sloppy defending on our part. But to fight back [and] get a point is important.”

LA next plays in the MLS against the Portland Timbers on March 23, while Philadelphia take on the San Jose Earthquakes on March 14.