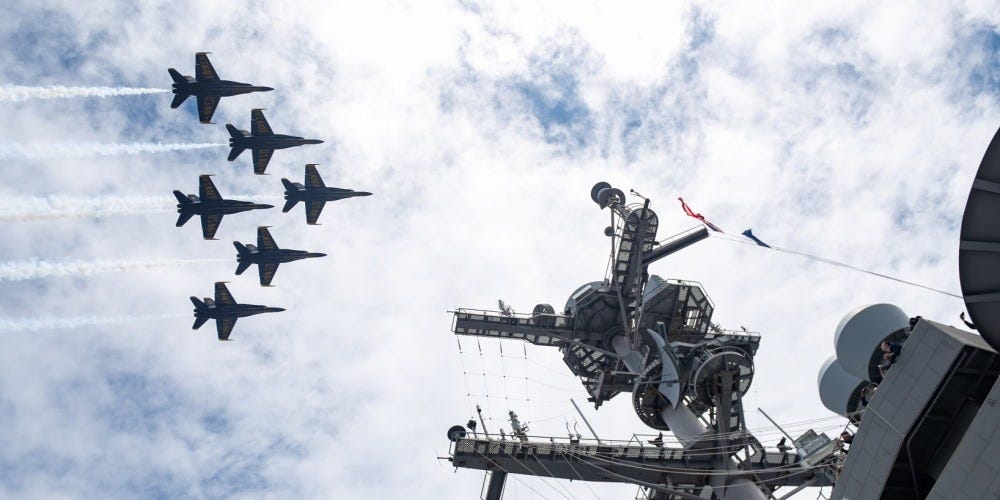 The Blue Angels performed a high-flying salute to the sailors aboard the various ships of the Harry S. Truman Carrier Strike Group currently underway in the Atlantic on Wednesday.

On Thursday, two cockpit videos were released from the flyover, giving viewers the ability to ride along with the demonstration team‘s F/A-18 Hornets as they flew over the aircraft carrier and its escort ships.

The USS Harry S. Truman is one of seven US Navy aircraft carriers that are at sea right now.

The others carriers presently underway include the USS Nimitz and USS Abraham Lincoln in the Pacific, USS Theodore Roosevelt and USS Ronald Reagan in the Philippine Sea, USS Gerald R. Ford in the Atlantic, and USS Dwight D. Eisenhower in the Middle East.

The Truman wrapped up a months-long deployment to the 5th and 6th Fleet areas of responsibility in mid-April and was expected to return home, but the ship has stayed at sea amid concerns about the coronavirus, especially after an outbreak aboard the Theodore Roosevelt sidelined the ship.

“The ship is entering a period in which it needs to be ready to respond and deploy at any time,” 2nd Fleet Commander Vice Adm. Andrew Lewis said last month in a statement. “Normally we can do that pierside, but in the face of COVID-19, we need to protect our most valuable asset, our people, by keeping the ship out to sea.”

The Truman CSG has been conducting operations with the Marines off the coast of North Carolina that just wrapped up on Monday. 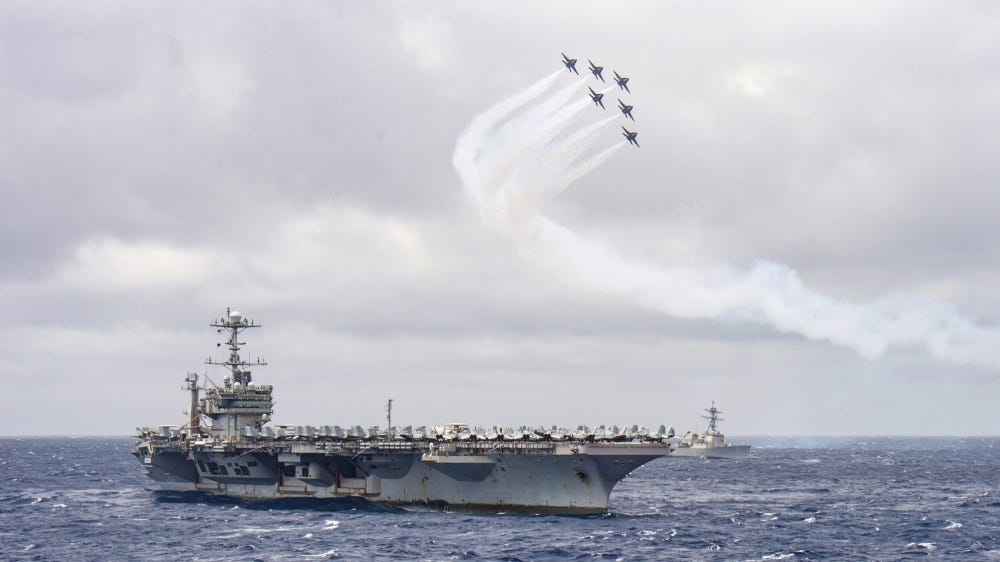 Wednesday’s flyover occured after the Blue Angels flew over a commissioning ceremony at the United States Naval Academy. As the demo team’s six F/A-18C/D Hornets made their way back to Naval Air Station Pensacola, they conducted a flyover of the strike group, the Navy reported.

The Truman is currently accompanied by the cruiser USS Normandy and the destroyer USS Forrest Sherman.

Over the past few weeks, the Blue Angels, along with the US Air Force’s Thunderbirds, have been conducting flyovers of different US cities to honour COVID-19 responders.