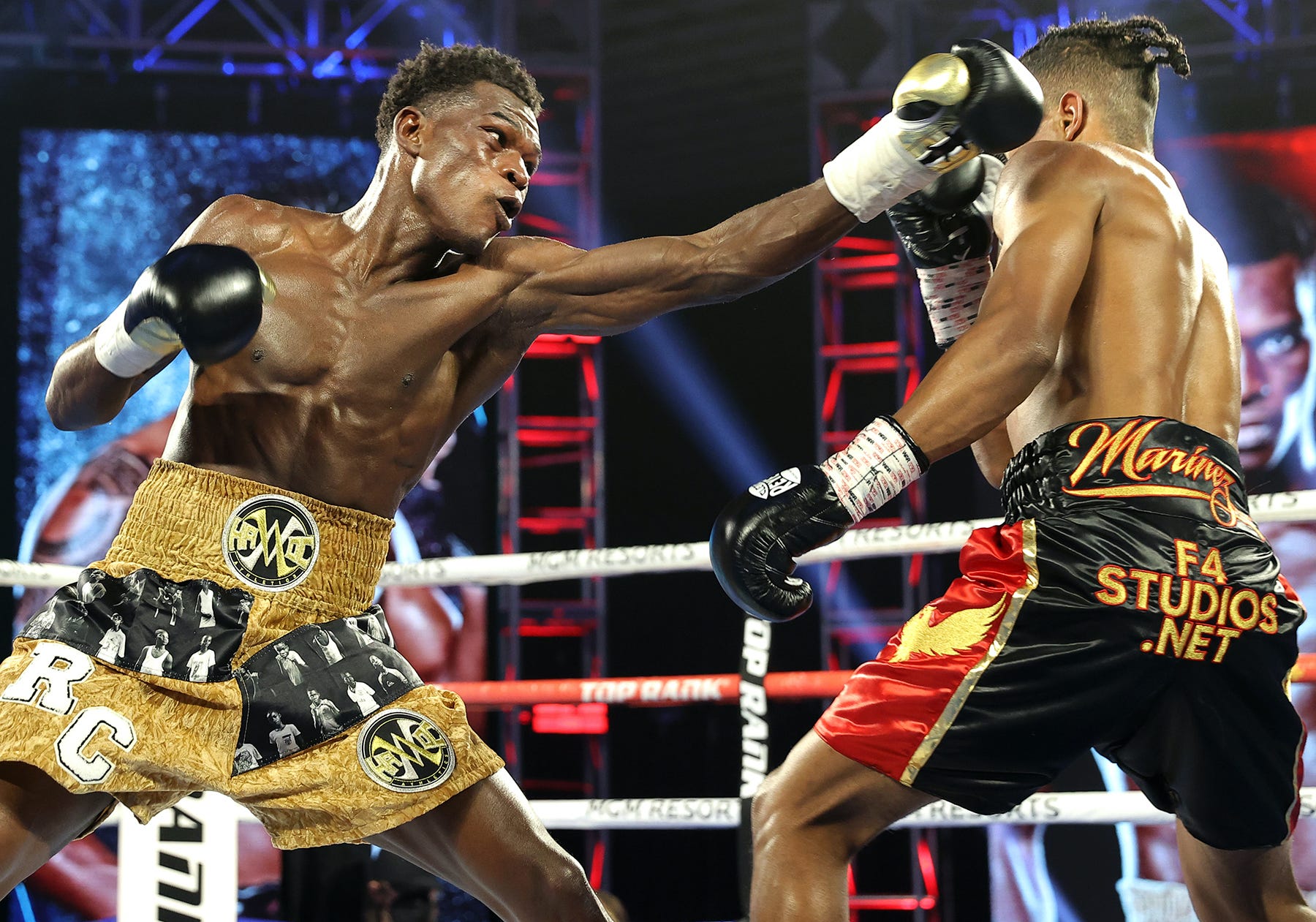 And though it took him a couple of rounds to get up to the speed Marinez had set in his rebound bout, Commey came out all guns blazing in the third, finding a home for his power punches.

“When I first started, I started very slow because I’ve been away for more than a year, so I had to take my time a little bit just to get my rhythm,” Commey later said.

Commey landed 18 of his power punches by the end of the third and landed as many again in the sixth round alone, according to Compubox data sent to Insider.

In the sixth he scored two knockdowns.

The first was as a result of a textbook one-two combo â€” a lead left jab followed by the orthodox right â€” which preceded a third shot as Marinez was on his way to the ground.

Marinez beat the count but moments later he was on the canvas again thanks to an arrow straight right hand that Commey timed to perfection, despite moving forward as he closed the gap on his opponent’s jaw.

Poleaxed against the ropes, Marinez collapsed on his back facing-up.

There was to be no beating the count this time, as the referee just waved the bout off.

It was over â€” Commey was back with a win.

Watch the highlights of the sixth-round knockdowns here: