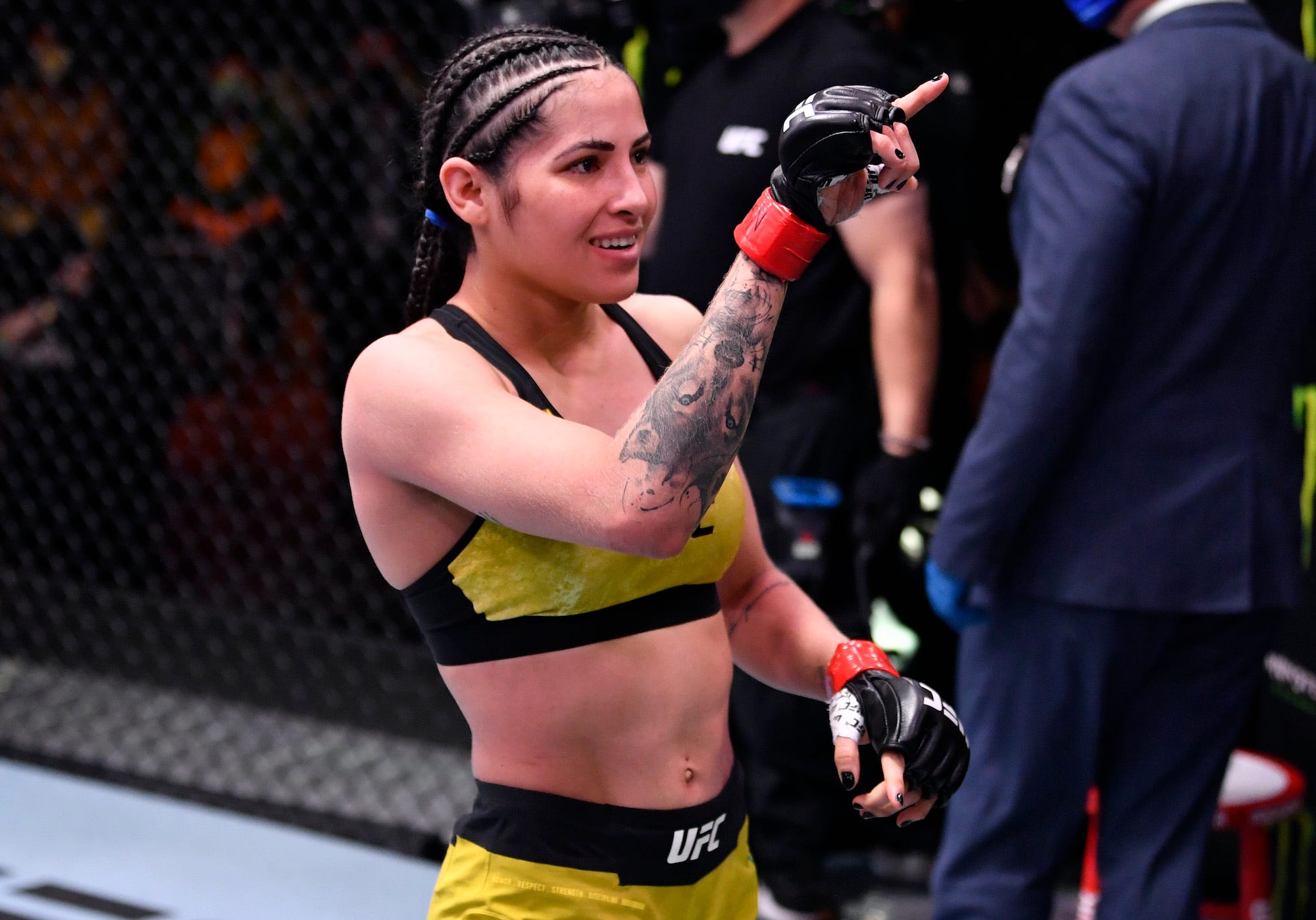 Polyana Viana submitted Mallory Martin by bending her arm in a way it should never be bent.

Martin couldn’t help but tap as the Brazilian fighter broke her UFC opponent’s pain barrier early on in their strawweight match at the UFC Apex in Las Vegas.

The UFC was impressed with the 28-year-old’s stoppage win and rewarded her with a performance-related cash bonus.

“I’m really happy,” Viana said after the win, in a statement sent to Insider.

“Another submission win showing how sharp my jiu-jitsu is, but my standup game is on point too.”

Viana did not intend to win by armbar. And said she was preparing for a stand-up battle. When the fight went to the mat, she attempted a triangle and then sought the armbar.

“I started in jiu-jitsu and everyone knows that, but since I moved to Rio de Janeiro, my mind has opened up to more positions, more techniques. I’m improving my ground game more and more,” said Viana.

“This transition is my main move. It’s something I always do at the gym with everyone I train with. Everyone already expects it, knows that this is what I do, but they always end up getting caught.

” I always like to call it my “rice and beans,” they are my main weapons.”

“I want to get back as soon as possible and for now I don’t have a particular opponent in mind, but whoever it is, I’m already ready,” Viana said.