'That's a cheap shot': Tom Brady wasn't happy after being trolled by Peyton Manning saying he'd bring out Nick Foles to be his caddy ahead of 'The Match' 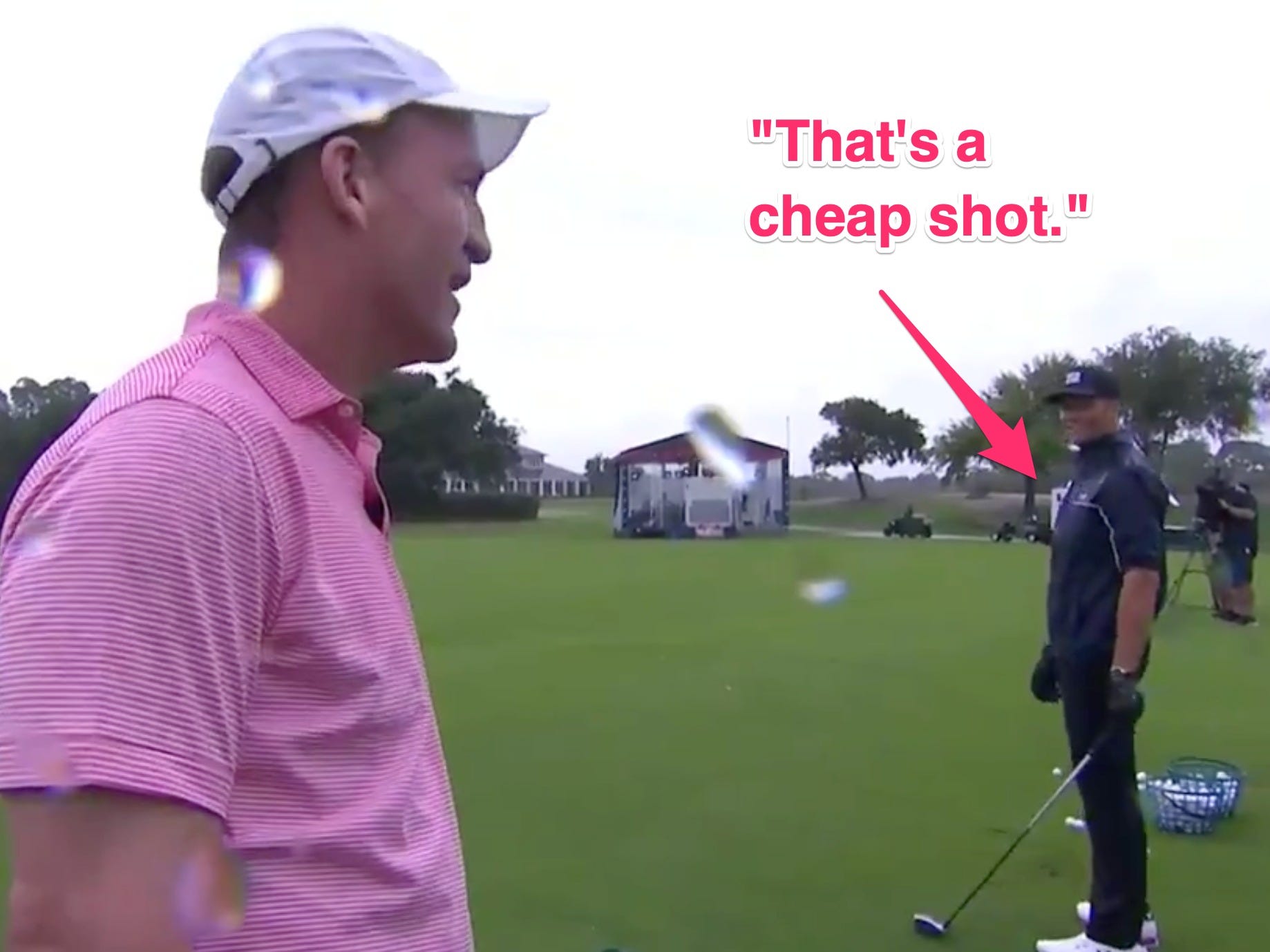 Bleacher Report / TwitterPeyton Manning joked that he could have had his brother Eli or Nick Foles come out to caddy for him to help psyche out Tom Brady.

Tiger Woods, Phil Mickelson, Tom Brady, and Peyton Manning braved the rain on Sunday to play in The Match: Champions for Charity.

The golf exhibition was a sequel of sorts to the first Woods-Mickelson matchup in 2018, but this time the two golfers paired up with two of the greatest quarterbacks to ever play in order to raise money for COVID-19 related charities.

The rain kept the golfers from starting promptly, leaving plenty of time for trash talk, which Manning used with great success.

As the four players took shots from the driving range, Manning joked about their potential caddies for the round, first trolling Brady for his relationship with tight end Rob Gronkowski.

“Brady, we were talking, would have brought Gronkowski, because Gronk does whatever Tom asks him to do,” Manning joked. “Gronk go wrestle, take a year off, come play in Tampa with me later, come caddy for me.”

Brady laughed and went back to taking his practice shots.

“It’s hard to get to him,” Manning continued, musing about his own potential caddie. “You bring Eli, could do that, you bring Nick Foles maybe…”

At that point, Brady looked up from his ball and turned to Manning, saying “That’s a cheap shot.”

Brady has won six Super Bowl rings in his 20 years in the NFL, but has lost the big game three times in his career – twice to Manning’s younger brother Eli, and once to then-Philadelphia Eagles backup quarterback Nick Foles.

On Twitter, Foles seemed happy to oblige in helping to beat Brady once again.

I’ll come caddy and help you out against Tom. Let’s go! https://t.co/s55ayPmSAp

Pressure doesn’t often get to Brady, but a bit of well-executed trash talk from Manning certainly struck a nerve.

There is growing buzz that the NBA season could resume in the summer, with regular-season games leading into the playoffs

Tom Brady is getting a 9-part ESPN documentary titled ‘Man in the Arena.’ Watch the trailer here.