Patrick Mahomes had one of the most impressive throws you'll ever see, and it summed up the Chiefs' Super Bowl flop perfectly 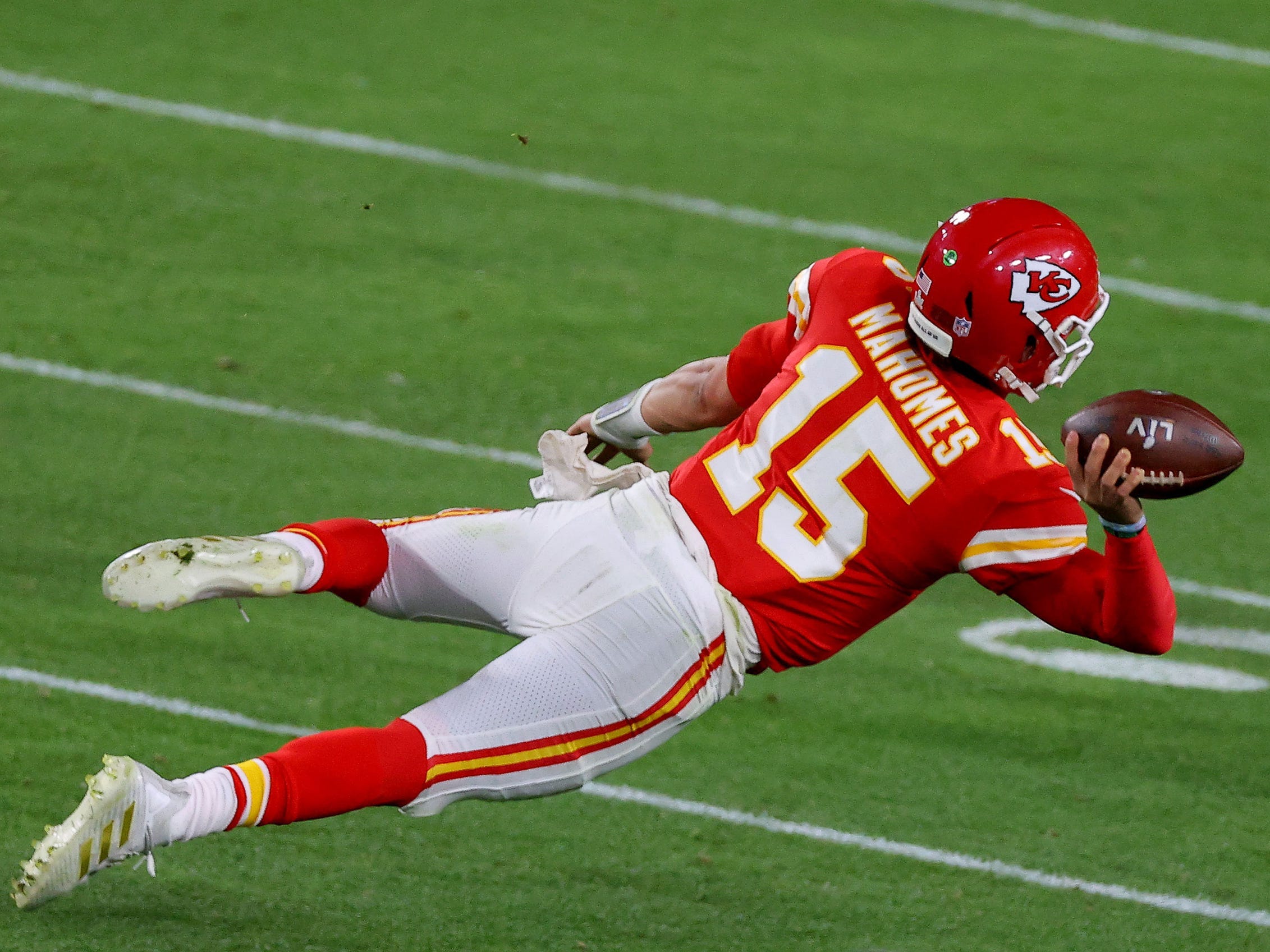 Patrick Mahomes spent the majority of Super Bowl LV running for his life while being pursued by the Buccaneers defence.

As Kansas City attempted to mount a comeback in the second half, Mahomes found himself scrambling on play after play desperately looking for an open man.

Nowhere was this desperation more apparent than the Chiefs first drive of the fourth quarter. Facing fourth-and-9 from the Tampa Bay 12-yard line, Mahomes was chased all the way back to the 30, weaving in and out to evade defenders and keep his team alive.

Eventually, Mahomes found barely enough breathing room to pull off an incredible throw, diving forward to a point of being near-parallel with the turf as he went to release.

Somehow, the ball made it to running back Darrell Williams just outside the end zone, but Williams could not come down with the catch. Behold one of the greatest incompletions in NFL history.

Despite the pass falling incomplete, many on Twitter couldn’t believe the throw Mahomes had made.

Man doing everything he can pic.twitter.com/tSnvyoyAZy

Mahomes just had one of the greatest throws I’ve ever seen. It was incomplete but good lord.

Had Williams been able to come down with the catch, it could have possibly been the spark to the greatest comebacks in NFL history. Instead, the play was emblematic of the Chiefs entire night â€” Mahomes running for dear life, and nowhere to go.