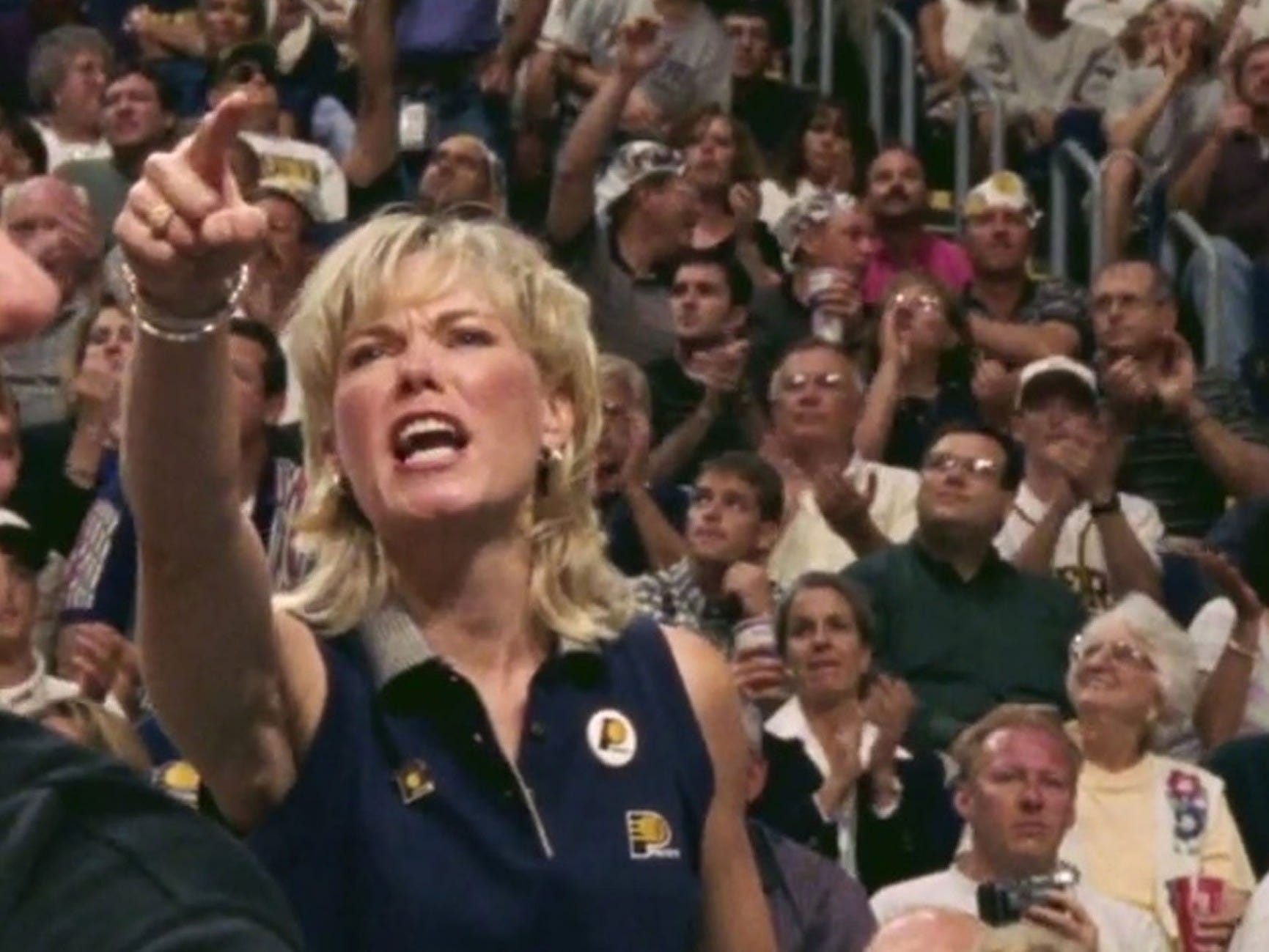 ESPNOne incredibly passionate Indiana Pacers fan is named Karen and would like to speak with your manager, according to Twitter.

One intense Indiana Pacers fan became the unexpected star of the final episodes of “The Last Dance” on Sunday night.

The start of episode nine delved into Chicago’s series in the Eastern Conference Finals against the Pacers in 1998, showing footage of their games in Indiana.

In between highlights of Jordan and the Bulls getting chippy with the Pacers, one especially passionate Pacers fan made herself known in the arena, and now, to the world watching this documentary.

“God damn you!” she can be heard screaming, just behind the Bulls bench.

On Twitter, she was an immediate sensation, with viewers quickly making one of two jokes about the fan: that her name was Karen, and that she would like to speak to the manager.

That Pacers fan lady has spoken to a few managers

"I want to speak to your manager" Karen Indiana Pacers fan pic.twitter.com/I369yCKeji

That Pacers fan looking to speak to a manager

That Pacers fan yelling like a maniac is definitely someone who goes into a store and fights with people about having to wear a mask.

That one Pacers fan is named Karen I have no doubts

This blonde Pacers fan is the final Karen evolution #TheLastDance

“The Last Dance” has made stars out of some of the lesser-known characters surrounding Michael Jordan’s legendary career with the Chicago Bulls.

The series gives fans more context to properly celebrate teammates such as Scottie Pippen and Dennis Rodman, but also made a star out of Jordan’s security guard John Michael Wozniak, who had been shown gambling with Jordan on a game tossing quarters against a wall outside the locker room.

In the final episodes of the series, this passionate Indiana Pacers fan had her own star-making moment.