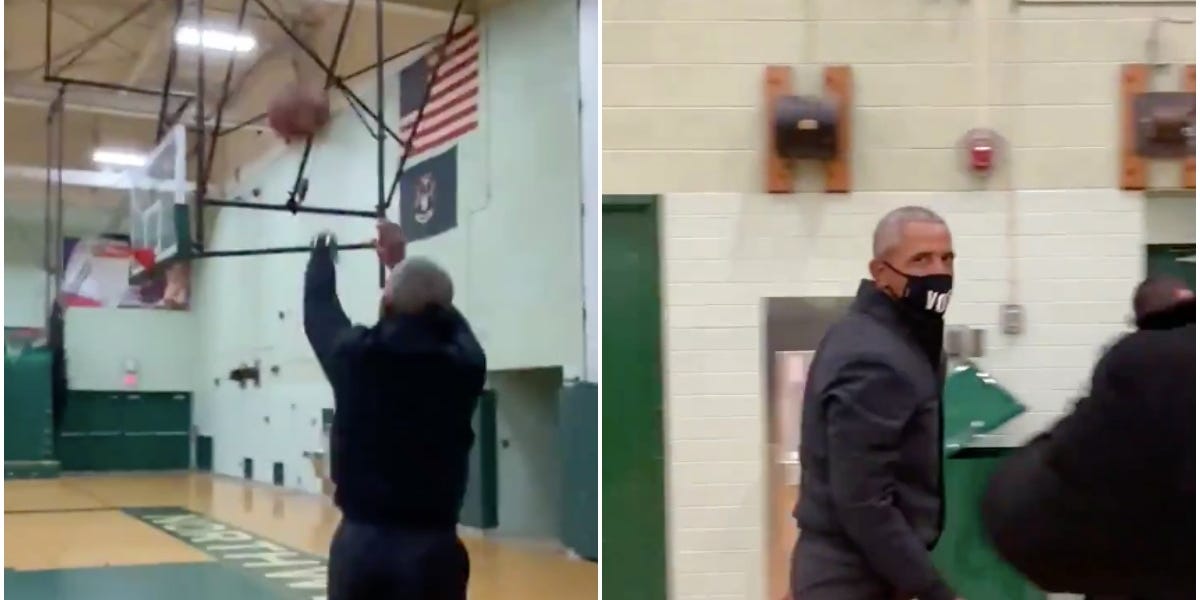 Bleacher Report/TwitterFormer President Barack Obama scores a three pointer at the gymnasium of the old Flint Northwestern High School in Michigan, on October 31, 2020.

In the impromptu moment caught on camera, Obama can be seen receiving a bounce pass, dribbling, and then shooting a three-pointer from the corner of a basketball court amid cheers from onlookers and aides.

Read more: How Kimberly Guilfoyle, the ‘human Venus flytrap,’ has groomed boyfriend Don Jr. into a political powerhouse and turned herself into a conservative star

In the background, a masked Biden, who exits the gym with Obama, can be heard saying: “Whoa.”

The video, which has garnered more than 11.8 million views as of Sunday morning, was tweeted by Olivia Raisner, the Biden campaign’s travelling digital director.

Watch the three-point shot below:

so this was absolutely insane pic.twitter.com/W4JL6LQZxq

The moment even caught the attention of NBA superstar Lebron James, who tweeted on Saturday: “Now you just showing out now my friend!! That’s what you do huh?? OK OK I see. All cash!”

Obama also plugged his basketball skills, tweeting the video from his own account with the caption: “Shoot your shot.”

In a last push before the election, the former president joined Biden at two events in Flint and Detroit, Michigan, on Saturday.

It was the first time the two, who have previously joked about their bromance, appeared on stage together in the 2020 campaign.

The video was shot in the old Flint Northwestern High School gymnasium, which closed in 2018 but produced several reputable NBA players, including Trent Tucker and Morris Peterson. 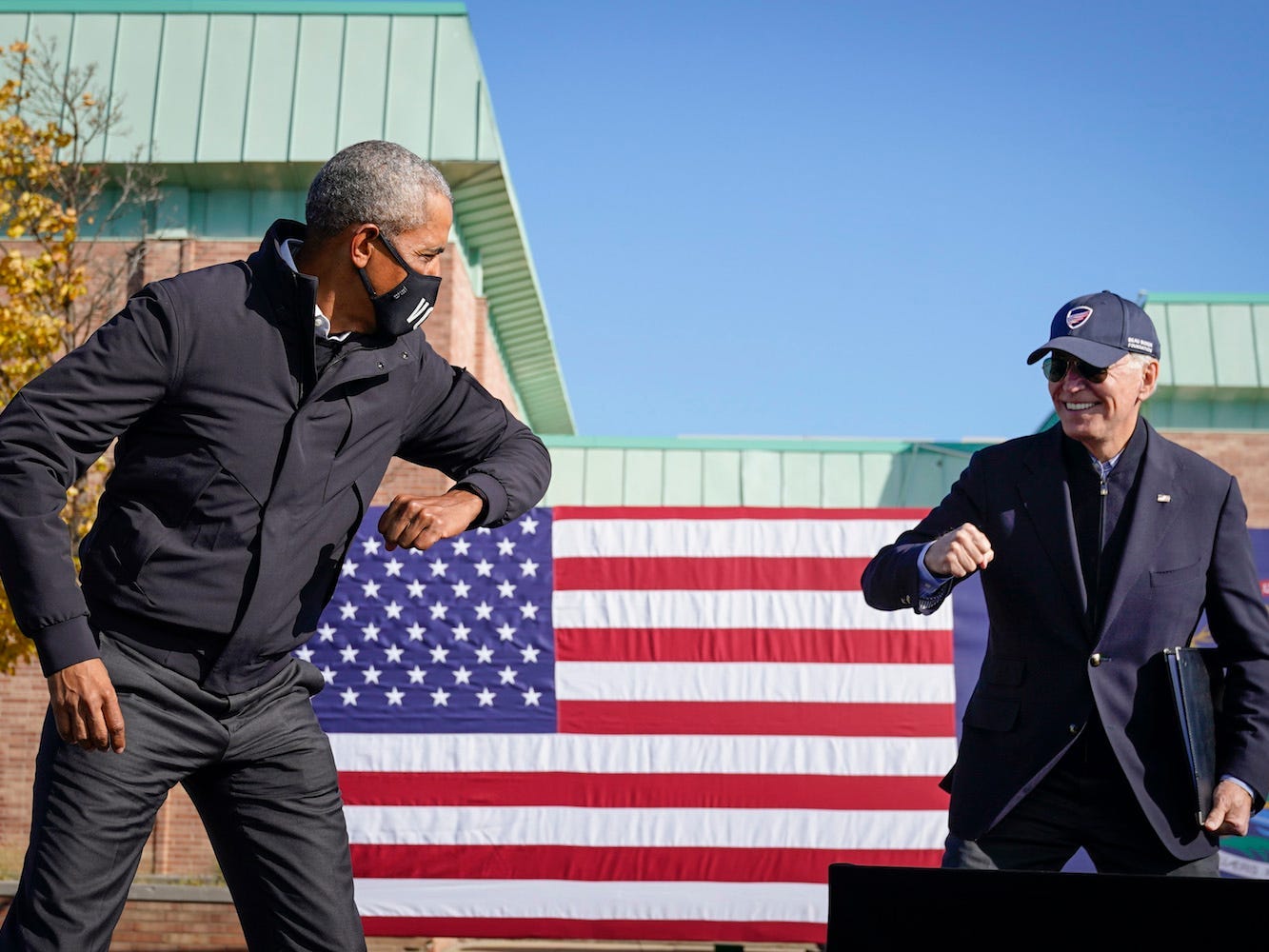 Drew Angerer/Getty ImagesFormer President Barack Obama and Democratic presidential nominee Joe Biden greet each other with a socially distant ‘air’ elbow bump at the end of a drive-in campaign rally at Northwestern High School on October 31, 2020 in Flint, Michigan

Obama used the weekend rallies as an opportunity to deliver scathing remarks about President Trump, mocking his “obsession” with crowd sizes.

“This is the one measure he has of success. He’s still worrying about his inauguration crowd being smaller than mine.”

Does he have nothing better to worry about? Did no one come to his birthday party as a kid? Was he traumatized?” he added.

Obama only had good words for Biden, saying that he “made me a better president.”

“Joe Biden is my brother. I love Joe Biden. And he will be a great president,” Obama said in Flint, according to CNN.

“That sense of decency and empathy, the belief in hard work and family and faith, the belief that everyone counts, that is who Joe is,” Obama added.