Video shows a military helicopter performing a low-flying show of force during protests in Washington, DC 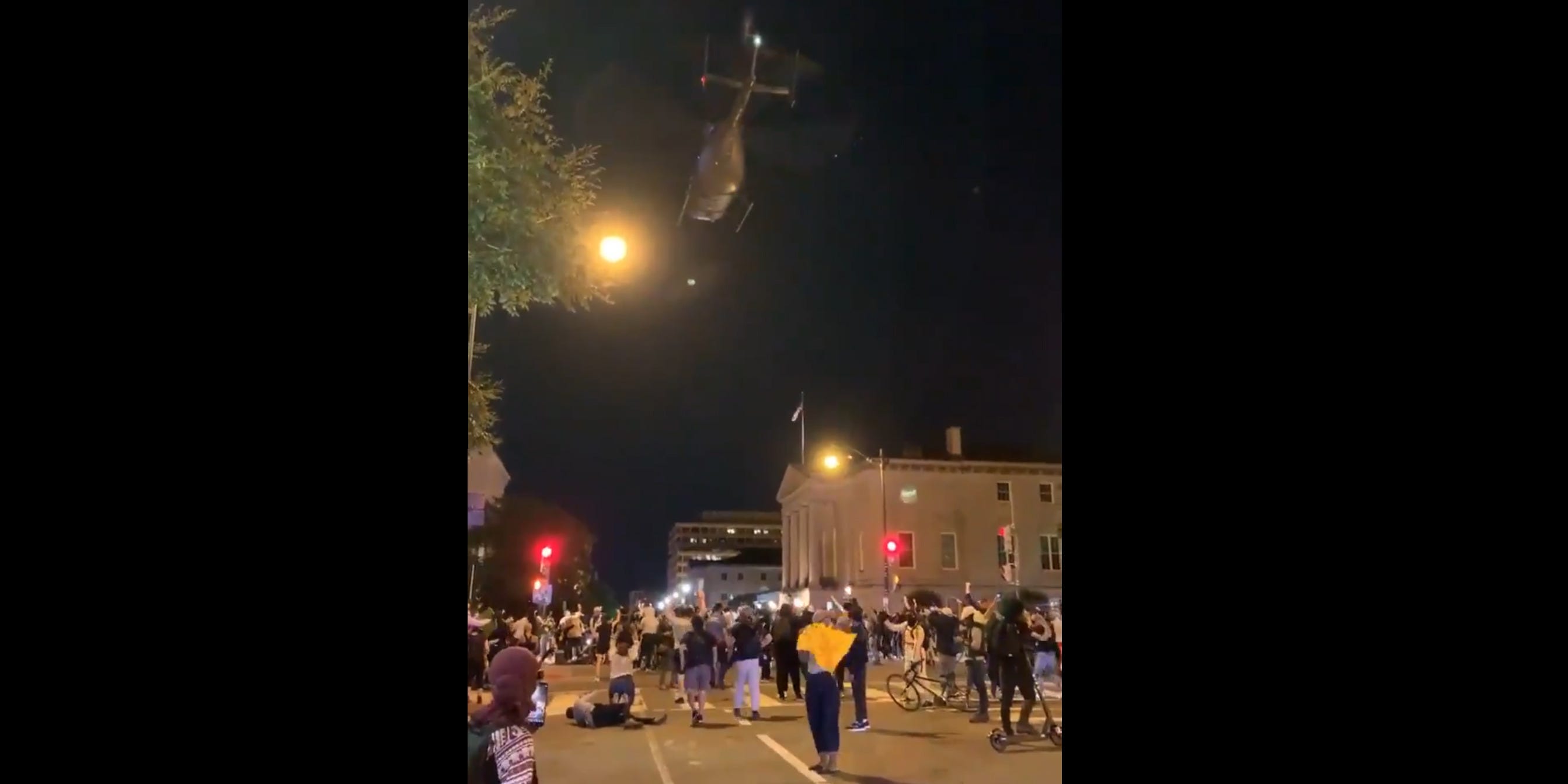 Zolan Kanno-Youngs/TwitterA still from a video tweeted by New York Times reporter Zolan Kanno-Youngs. It shows a helicopter, identified as a UH-72 Lakota, over protesters in Washington, DC, in the early hours of June 2, 2020.

Kanno-Youngs said there were multiple helicopters working as well as the single one shown in each of two videos.

“As protesters made their way into Chinatown, military helicopters were positioned just above rooftops, sending gusts of dust into the air,” Youngs said in a tweet.

“A part of a tree fell, nearly hitting passersby. The crowds dispersed down side streets. Some storefronts were shattered.”

According to Kanno-Youngs, the helicopter was a UH-72 Lakota, a twin-engine light utility helicopter used by the US Army.

He said that the low-flying aircraft were performing a “show of force,” which is used in combat zones “to scare away insurgents.”

He said that in addition to the Lakota, a Sikorsky UH-60 Black Hawk helicopter conducted the low-flying manoeuvre.

According to The New York Times, Washington, DC, is a jurisdiction where the army does not need local government approval to deploy.

Hours earlier on Monday, President Donald Trump had given a speech at the White House and threatened to deploy the “heavily armed” military to squash protests.

“Today I have strongly recommended to every governor to deploy the National Guard in sufficient numbers that we dominate the streets,” he said.

“If a city or state refuses to take the actions that are necessary to defend the life and property of their residents, then I will deploy the United States military and quickly solve the problem for them,” he added.