'Rudy's an idiot' who 'drinks too much': Michael Cohen relishes Giuliani's legal woes and predicts he'll flip on Trump 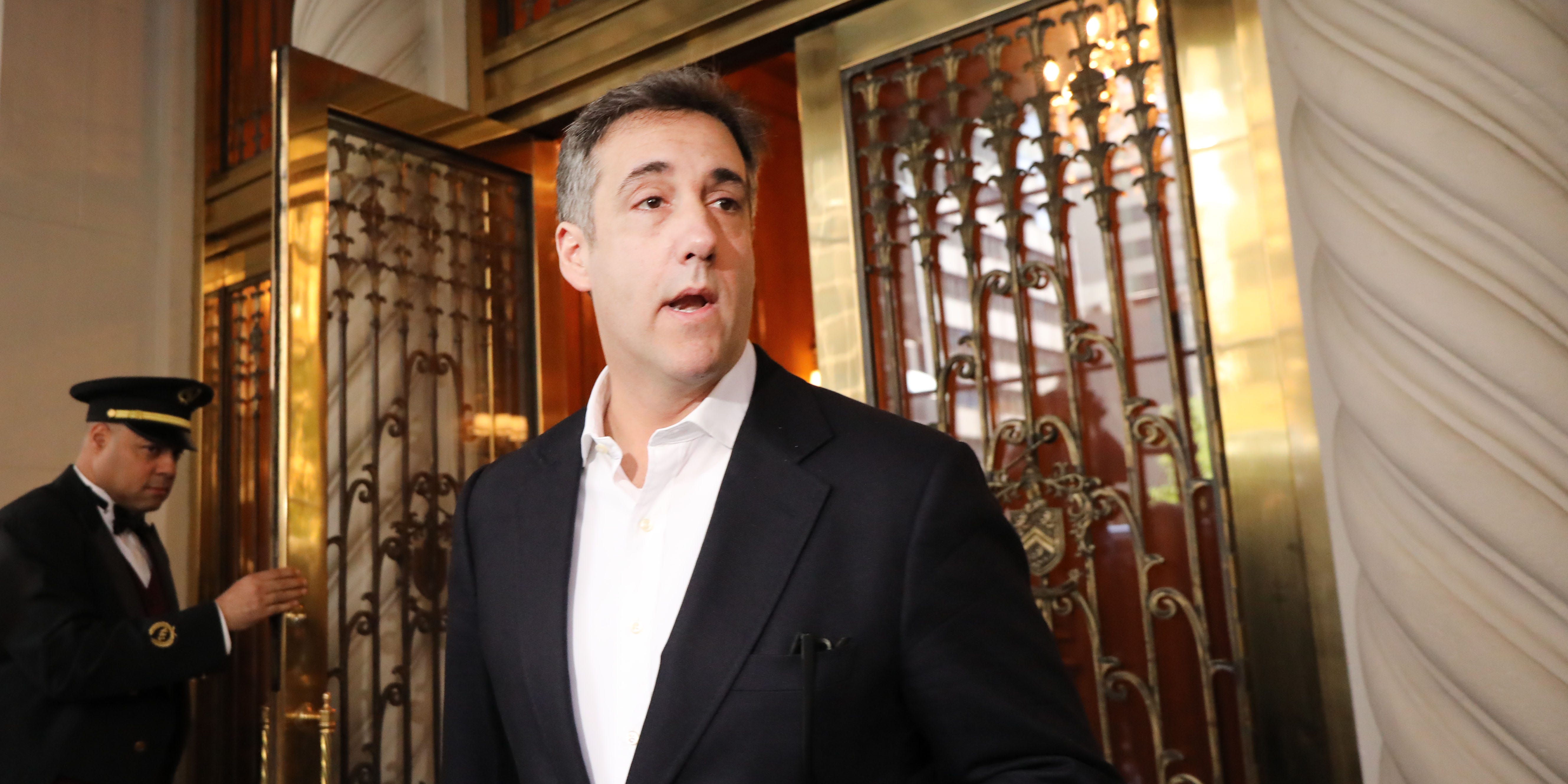 Donald Trump’s former longtime lawyer who is serving out a sentence for an array of crimes didn’t mince words Thursday when reacting to news that the former president’s current lawyer Rudy Giuliani was facing mounting legal troubles of his own.

“Two things came straight to mind,” Trump’s former lawyer Michael Cohen told CNN’s Alisyn Camerota in an interview. “The first is that I’m no longer the only one. And two, my parents always told me it’s not nice to gloat, but, Rudy, I told you so. I told you so!”

Cohen was responding to the FBI executing search warrants on Giuliani’s home and office on Wednesday and seizing his electronic devices as well as a computer belonging to his personal assistant, Jo Ann Zafonte. Zafonte was served with a grand-jury subpoena, and The New York Times reported that federal agents also raided the Washington, DC, home of Victoria Toensing, a fellow lawyer and associate of Giuliani’s.

Read more:
Trumpworld shuns Rudy: The inside story of Giuliani’s descent from ‘America’s mayor’ to presidential lawyer and now an FBI target

The raids are said to be part of a wide-ranging investigation by the US attorney’s office in the Southern District of New York into whether Giuliani broke foreign-lobbying laws in his dealings with Ukraine.

Cohen said that he told Giuliani, “Donald Trump doesn’t care about anyone or anything,” and that Giuliani “will be the next one to be thrown under the bus.”

“And that’s exactly what’s going to happen,” he told CNN.

Cohen is serving a three-year prison sentence under house arrest after pleading guilty to multiple counts of campaign-finance violations, tax evasion, and lying to Congress as part of the special counsel Robert Mueller’s investigation into Russia’s interference in the 2016 US election. After it surfaced that Cohen would cooperate with prosecutors on Mueller’s team and in the Manhattan US attorney’s office, Trump skewered his longtime fixer as a “rat” and a liar.

On Thursday, Cohen recalled what it was like when the FBI raided his properties in 2018, a few months before he struck a plea deal. He said that investigators sifted through millions of documents on his electronic devices and that the investigation expanded as a result. If that happens in Rudy’s case, Cohen said, the investigation could start touching on others in Trump’s close circle.

“What happens is, they may be starting the investigation looking at things like the Ukrainian conversations between himself, Lev Parnas, and others,” Cohen said. “You may end up finding that Jared Kushner was involved, that Don Jr., or a host of other individuals in Trump’s orbit. And what happens then is that the Southern District, they end up expanding the probe.”

Cohen accused Giuliani of having “been shady for a long time” and said the investigation into whether he broke foreign-lobbying laws could expand “into other areas that Rudy doesn’t even possibly remember.”

He concluded, bluntly: “We have no idea how expansive this investigation is going to ultimately reveal itself because Rudy’s an idiot. And that’s the problem. Rudy drinks too much, Rudy behaves in such an erratic manner that who knows what’s on those telephones or what’s on his computers.”

Camerota then asked Cohen what he thought Giuliani might do if prosecutors started tightening the screws on him and whether he would “flip” and offer up information about Trump in exchange for leniency.

Cohen also called it “ironic” that Giuliani was being targeted by the US attorney’s office he once led.

“What’s ironic here is the fact that these tactics of the Southern District of New York in terms of bullying you into a plea deal were created by Rudy Giuliani going back 30 years ago,” he told CNN. “And it’s just ironic that the tactics that he created for that office are now going to be employed against him” and could result in Giuliani giving up information about “all of the individuals in that garbage-can orbit of Donald Trump.”

Giuliani has denied any wrongdoing and his lawyer called the FBI’s raids “legal thuggery.” The former mayor also called the search warrants “illegal” during an appearance on Fox News’ “Tucker Carlson Tonight” on Thursday.