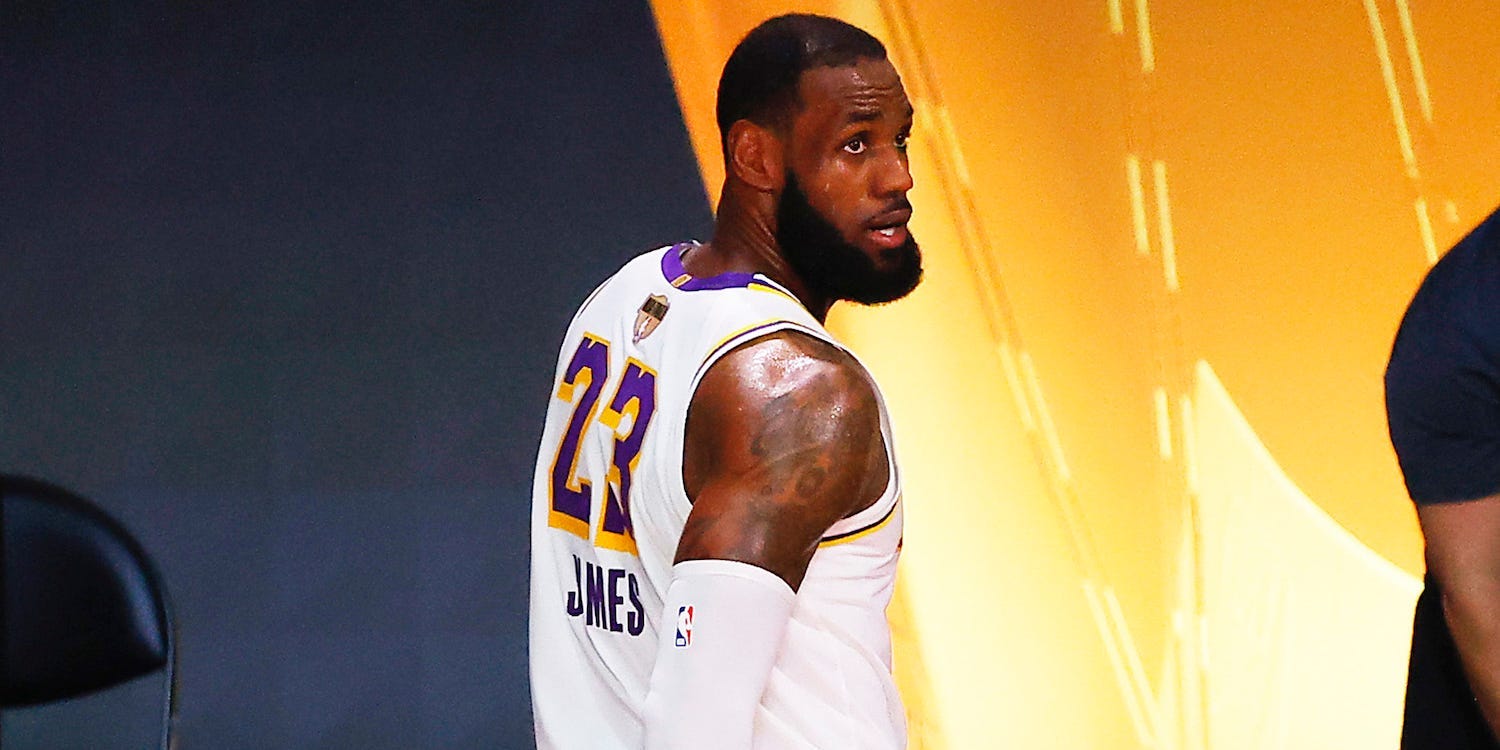 LeBron James left the court early as the Miami Heat came up with a big win over the Los Angeles Lakers in Game 3 of the NBA Finals on Sunday.

With 10 seconds remaining and the Heat’s victory in hand, James walked off the court. He stood by the tunnel to the locker room for a few seconds, then left the area for good as the final buzzer sounded.

The referees had to call Lakers players back onto the court to finish the game, as many had left the court thinking it was over. However, James was not to be seen.

The ESPN analyst Mark Jackson said that the Lakers leaving the floor was a “bad look.”

After the final buzzer sounded, cameras showed James well on his way back to the locker room, ahead of his teammates.

LeBron walked off the court with 10 seconds left. pic.twitter.com/zTvwZhHDq5

After the game, James was asked if he left the court in frustration over the loss or in confusion over whether the game was over. “Both,” he said.

The Lakers head coach, Frank Vogel, said he thought players left the court because they believed the game was over.

Behind a 40-point triple-double from Jimmy Butler, the Heat got the win and made the series 2-1, giving them life instead of falling into a 3-0 hole. James scored 25 points, 10 rebounds, and eight assists.

James said the Lakers weren’t concerned about the direction of the series.

“When you have an opportunity and you don’t make the most of it, then you come back the next time,” James said. “I mean, it’s not like the series was over if we won tonight. We know for sure that Miami is never going to quit, no matter if we won tonight and they go into a Game 4 3-0. I know how resilient that bunch is and how resilient that coaching staff is and their franchise.