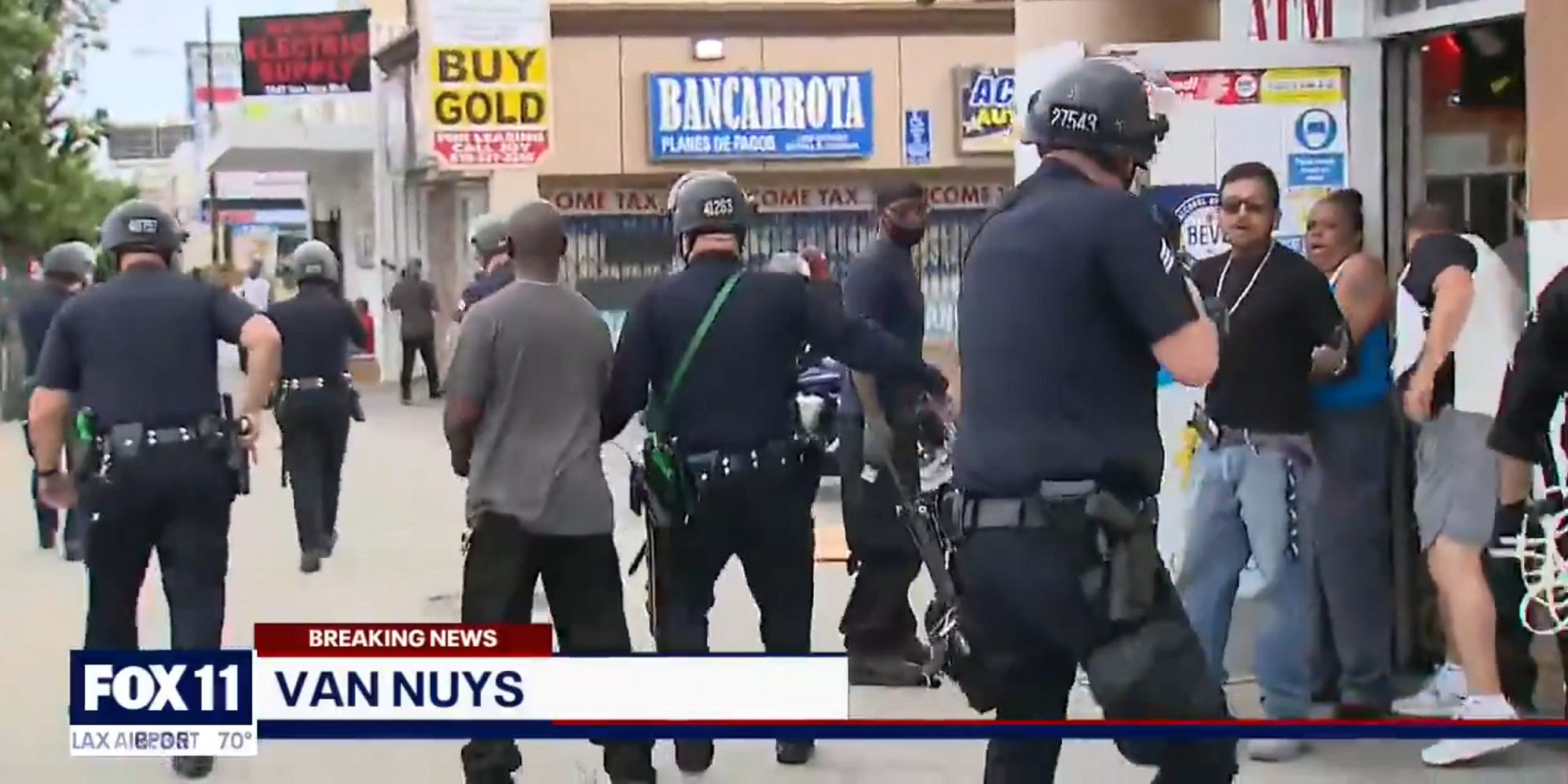 Screen capture / Fox 11Police point guns at a group of people that had been attempting to deter apparent burglars in Van Nuys, California.

In what a local newscaster termed “one of the most surreal moments” in an increasingly surreal time, Los Angeles police were seen on live television briefly detaining a group of people that had been attempting to deter what was described as would-be robbers, including the woman who had flagged them down.

Reporting from the streets of Van Nuys, a reporter for Fox 11 Los Angeles captured a tense scene: one group of people approaching a store, while another group – including armed men – sought to scare them off.

When police finally responded to the scene, it was the latter group that the reporter identified as the business owners that were immediately detained – two of whom are black. The apparent burglars were pursued on foot, while Fox’s correspondent screamed that cops were arresting the wrong people.

(2/3) EXCLUSIVE: A group of alleged looters square-off against business owners in Van Nuys as police converge onto the scene. The tense moments were captured live in front of our FOX 11 news camera. https://t.co/KEbNy7SnKw pic.twitter.com/ruAjXGSeev

Insider reached out to LAPD for comment and will update as necessary.