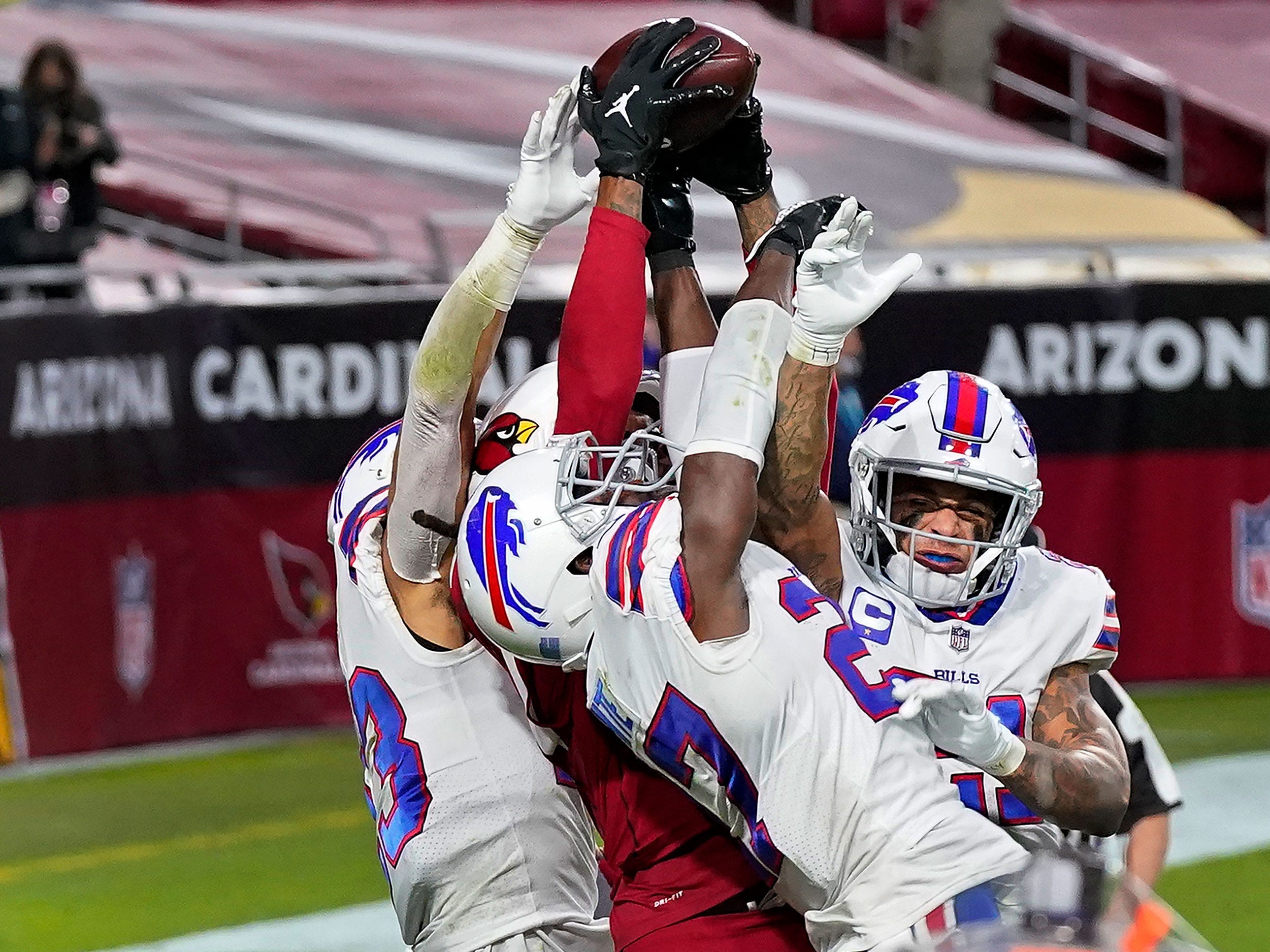 The Arizona Cardinals pulled off a miracle against the Buffalo Bills on Sunday.

But the Cardinals didn’t give up. After working the ball to midfield, Arizona had time for two shots at the end zone to hope that they could come up with a miraculous catch.

Thankfully, DeAndre Hopkins is something of a miracle worker.

DEANDRE HOPKINS CATCHES THE HAIL MARY FOR THE WIN! ????

Hopkins out-jumped three Bills defenders to send the Cardinals home as unlikely winners. On Twitter, fans, including LeBron James, erupted at the outrageous turn of fortunes.

How… HOW!!!! Did DeAndre Hopkins catch this!!!! pic.twitter.com/pSbmtcW3bQ

WHAT KIND OF A FREAK IS HOPKINS pic.twitter.com/rF6mnLkUxK

The Cardinals traded for Hopkins this offseason, with the wide receiver finishing Sunday’s game with seven receptions, 127 yards, and the game-winning score. Feels like the deal is working out pretty well for the Cardinals.