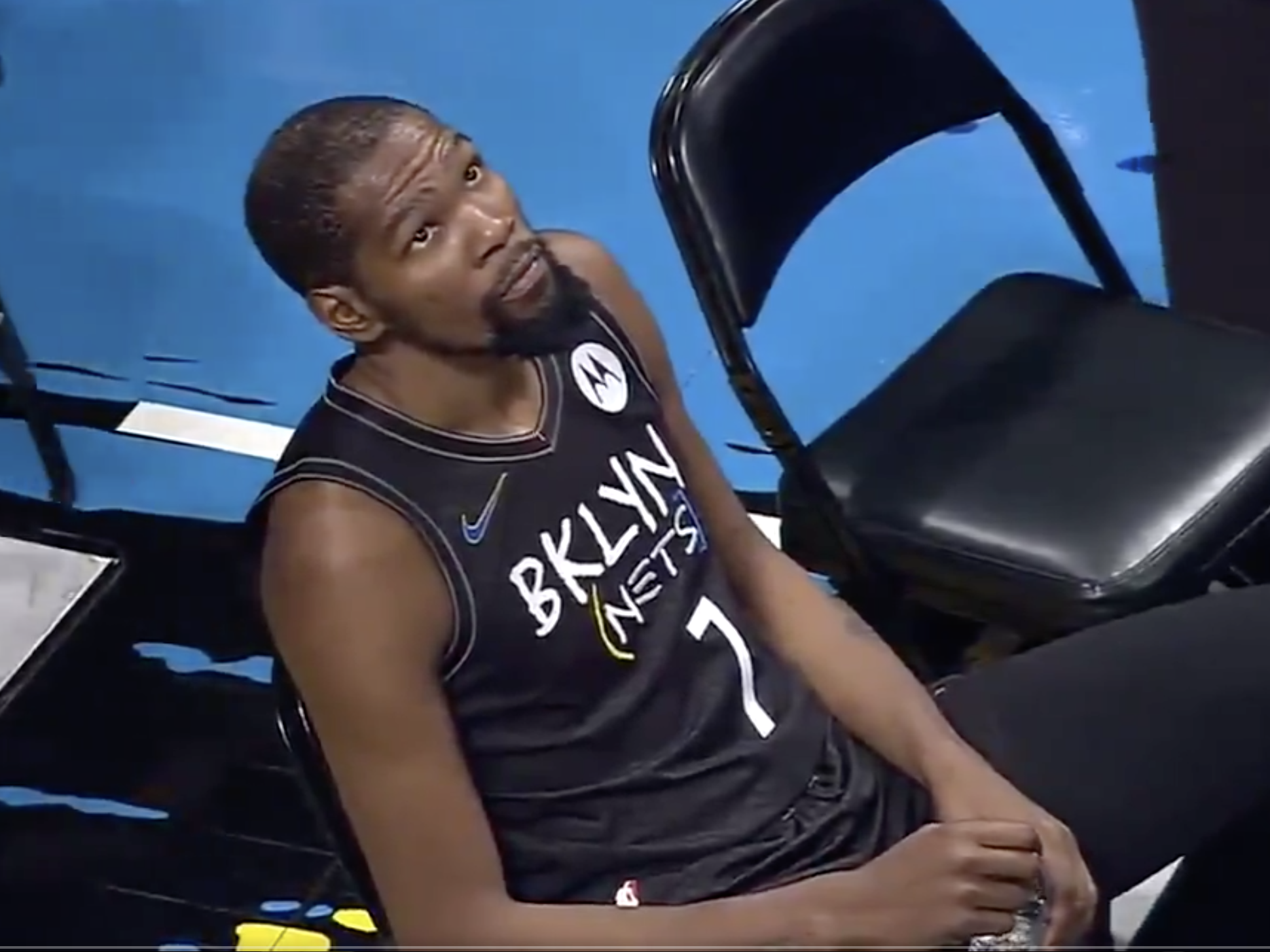 Kevin Durant had a confusing, abridged night with the Brooklyn Nets on Friday in their game against the Toronto Raptors.

At the start of the game, Durant was unavailable while he was going through contact tracing due to close contact with somebody who has tested positive for COVID. Eventually, he was cleared to play, coming off the bench to play 19 minutes through the first three quarters.

But halfway through the third quarter, Durant was pulled from the court again. Judging by how he looked as he left the court, Durant was not very pleased with the decision.

Durant's reaction to being told he was going to have to leave the game pic.twitter.com/dzeXe8UX3U

Durant’s sudden departure made for a confusing moment on the broadcast. After a few minutes, ESPN’s Malika Andrews reported that Durant had been taken out of the game by the league for “health and safety protocols.”

Kevin Durant is out for the remainder of the game due to health and safety protocols. After missing the beginning of the game and subsequently being cleared to play, Durant is unable to play at the direction of the league, a source told ESPN.

As the game went on, Durant tweeted out his frustration with the league’s decision.

Back on the court, Nets head coach Steve Nash put it best while speaking with the broadcast after the third quarter.

Late in the game, the NBA put out a statement explaining what had happened.