One of the UFC's most dominant champions, Kamaru Usman, just finished Gilbert Burns in the third round 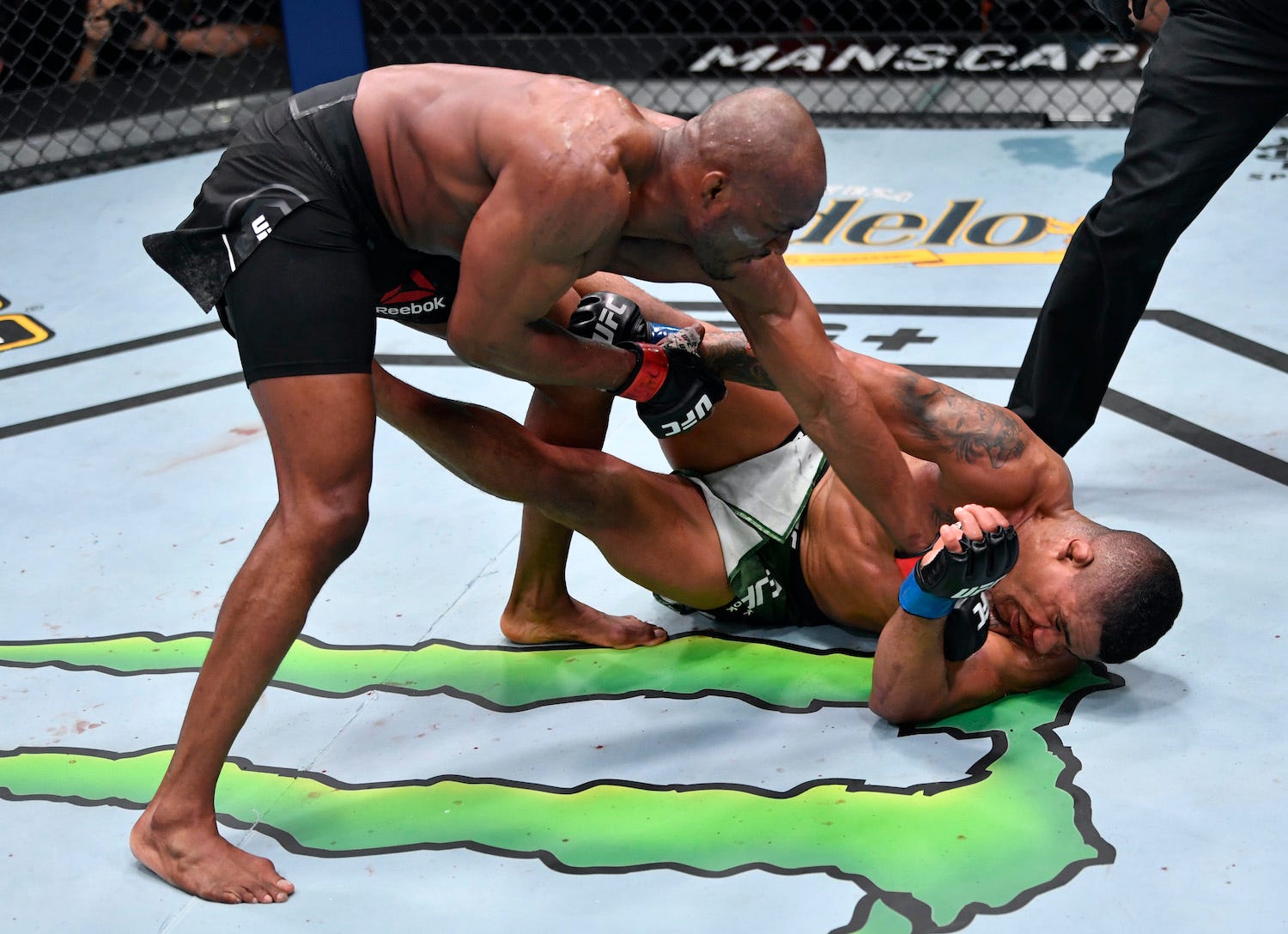 One of the UFC’s most dominant champions, Kamaru Usman, finished Gilbert Burns in the third round of their welterweight match at UFC 258 in Las Vegas on Saturday.

With title wins over Tyron Woodley, Colby Covington, and Jorge Masvidal, Usman had established himself as one of the best combat athletes competing for the world’s leading mixed martial arts firm.

A stoppage win over Burns bolstered that reputation, though he had to do so, having climbed off the canvas shortly after the opening bell, as the Brazilian grappler dropped him with a right hook.

Burns began the second round with that same pressure, but Usman established an authority on the fight with his jabs, a spiteful right hook, and strike combinations.

He landed 40 of 66 shots in the round and even had Burns on the ground though he seemed to tell him to stand back up so they could continue fighting on their feet.

Just 19 seconds into the third, Usman dropped Burns again. This time it was a sharp, straight right hand that landed on the chin.

Kamaru Usman returned the favor in Round 2 and dropped Gilbert Burns ???? #UFC258 pic.twitter.com/rHHDIqbDTF

The shot’s impact sent Burns back, and he couldn’t stop himself from falling to the mat.

Usman didn’t want him to get back up this time. He looked for his opening, took hold of each of his opponent’s feet to prevent upkicks while simultaneously closing distance, and then fired 12 punches from above.

After the 12th shot, Burns tried to get up, but Usman shoved him back down, and the referee Herb Dean intervened and waved the bout off.

It was all over.

It continues to be a Nigerian Nightmare in the UFC welterweight division! ????????

Kamaru Usman finishes Gilbert Burns in the third round to retain the title! ????#UFC258 pic.twitter.com/NNuURyBcqF

Usman received show money, win money, and a performance-related bonus check as a reward for the conclusive victory.

In a statement sent to Insider, he said it felt good.

“I’m going to take a little vacation, but then I’m going to worry about who the next guy is because they are all coming for me.”

The next guy appears to be unfinished business with his old rival Masvidal.

The Floridian fighter only took the bout on a week’s notice and was beaten by decision at a behind-closed-doors Fight Island event Insider attended last summer.

The show was a blockbuster success and a rematch has been rumoured.

“You’ve got this fake Jesus wannabe [Masvidal] run his mouth, because he had a built-in excuse for stepping into that fight, why he took that loss â€¦ so next time I’m going to close his mouth for good, and I’m going to put him to sleep,” said Usman.