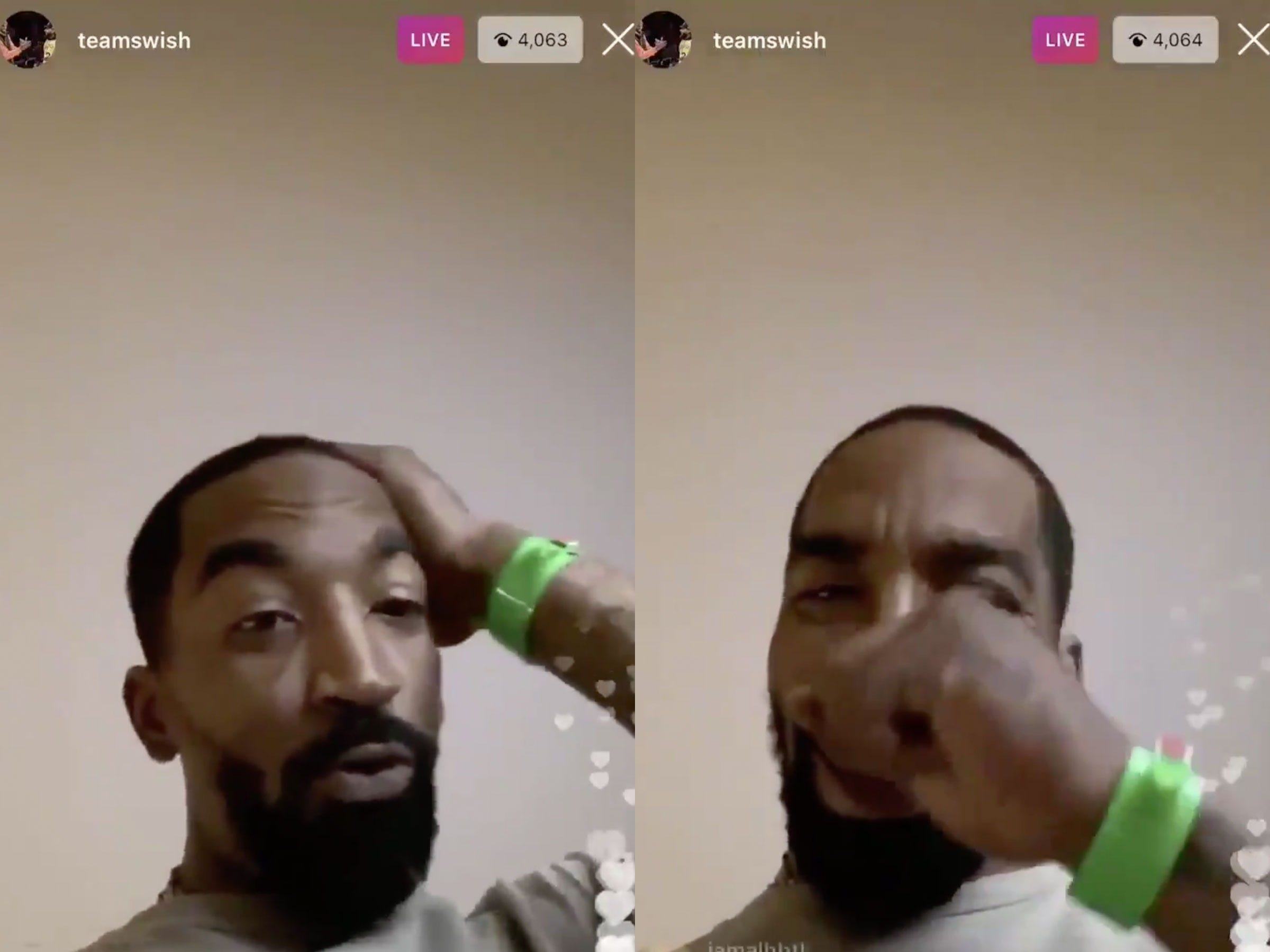 InstagramJ.R. Smith has only been back in the NBA for a few days, but he’s already causing a stir on Instagram Live.

After months of planning, the NBA bubble is in effect.

Twenty-two teams from across the league are settling into Disney’s Wide World of Sports for a stay that could last for months should they contend for the championship.

Thanks to newly-signed Lakers swingman J.R. Smith, NBA fans got an inside look at what life was like inside the bubble.

On Thursday night, Smith first offered some insight into the NBA’s food situation, reading off the menu of options with obvious delight while broadcasting on Instagram Live.

While Smith’s initial take on the menu was positive, when he went through his first offering of snacks, he was less pleased.

“You want a motherf—— Ferrari to run like a Ferrari because you paid for it as a Ferrari, but you keep gassing it up with motherf—— Chrysler s—,” Smith said. “But that’s just me though. … I’m just happy to be back.”

The misadventures of J.R. Smith didn’t stop there. He also revealed on Instagram Live that his hotel room hadn’t initially come with a blanket.

Before going to bed, JR Smith has to have a blanket ???????? pic.twitter.com/NMNpknfLTq

Eventually, Smith was able to acquire a blanket, but it wasn’t up to snuff. “I know Bron ain’t got this,” Smith said.

JR has an issue with the blanket they gave out: pic.twitter.com/9CQCu6HT6C

Smith’s session on Instagram Live was the most revealing look inside the bubble yet for NBA fans, but eventually, he was forced to end his broadcast.

JR Smith was on IG live roasting the NBA bubble then got forced to get off???? pic.twitter.com/M9Vij01G25

Smith’s Instagram Live might be a bit less revealing the next time he logs on, but chances are more NBA players will continue to offer some interesting looks inside the bubble through social media as the league’s restart begins.

Joel Embiid travelled to Orlando for the NBA’s Disney ‘bubble’ in a full, protective suit