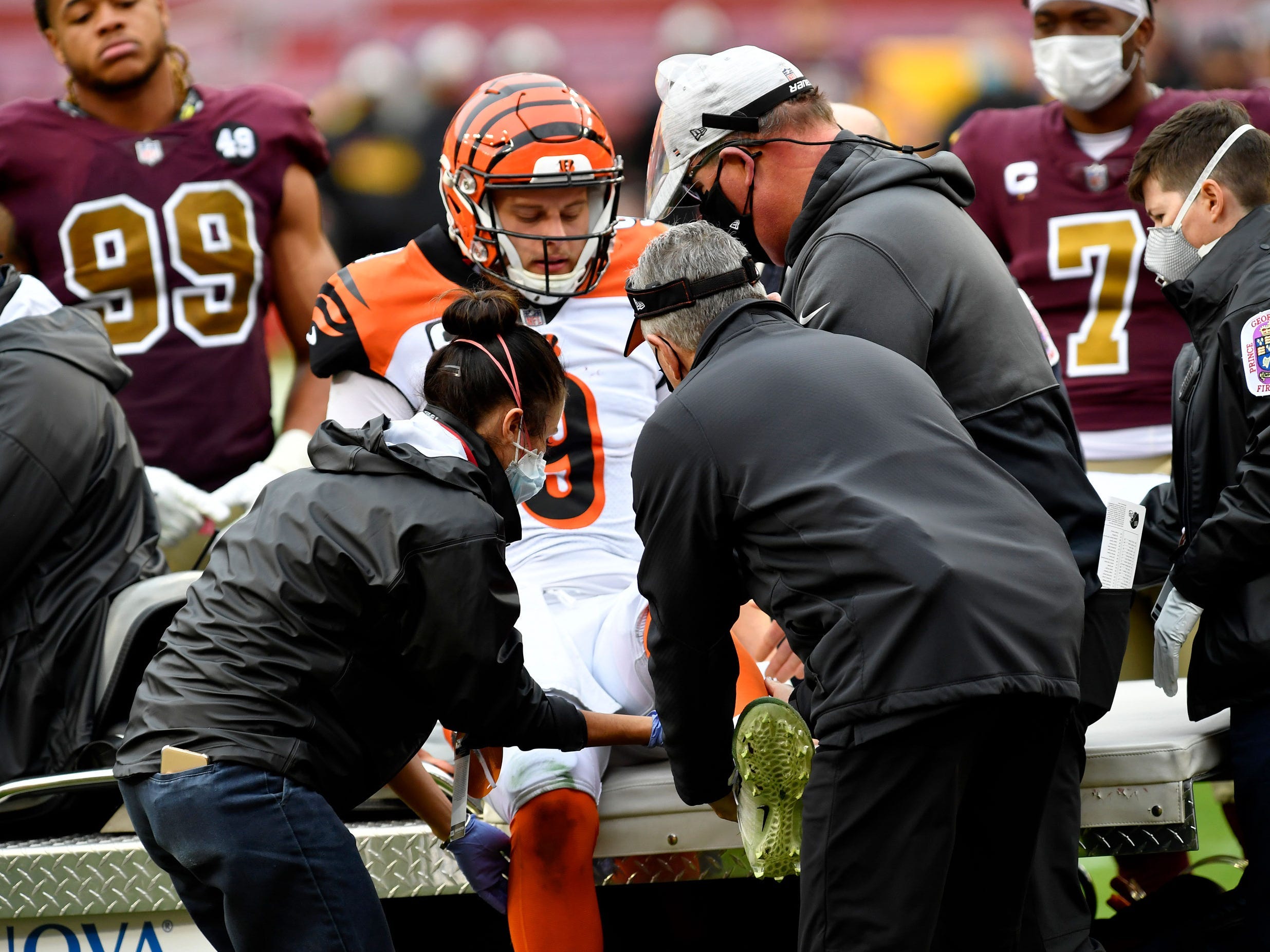 Cincinnati Bengals rookie quarterback Joe Burrow was carted off the field on Sunday after suffering a scary knee injury against the Washington Football Team.

Early in the third quarter, Burrow was caught in the backfield by the Washington defence, and wound up sandwiched between two players as he fell to the ground. His left leg was caught in a bad spot during the fall.

Here's the Joe Burrow injury, this is awful if it's serious.pic.twitter.com/T51LF5mFU9

Burrow had to be carted off of the field after the play, receiving support from players on both teams as he made his exit.

Players from both teams surrounded Joe Burrow as he was carted off the field ????

As the final seconds of the game ticked away, Burrow updated fans on Twitter, indicating that the injury he took would end his 2020 season.

Thanks for all the love. Can’t get rid of me that easy. See ya next year✊

Burrow was the first overall pick in the 2020 NFL Draft and has played well through his rookie season, despite the Bengals poor record.

Ryan Finley took over at quarterback for the Bengals in Burrow’s absence.

University of New Mexico moved its entire football program to Las Vegas because of COVID ban and its hotel bill is $US70,000 a week