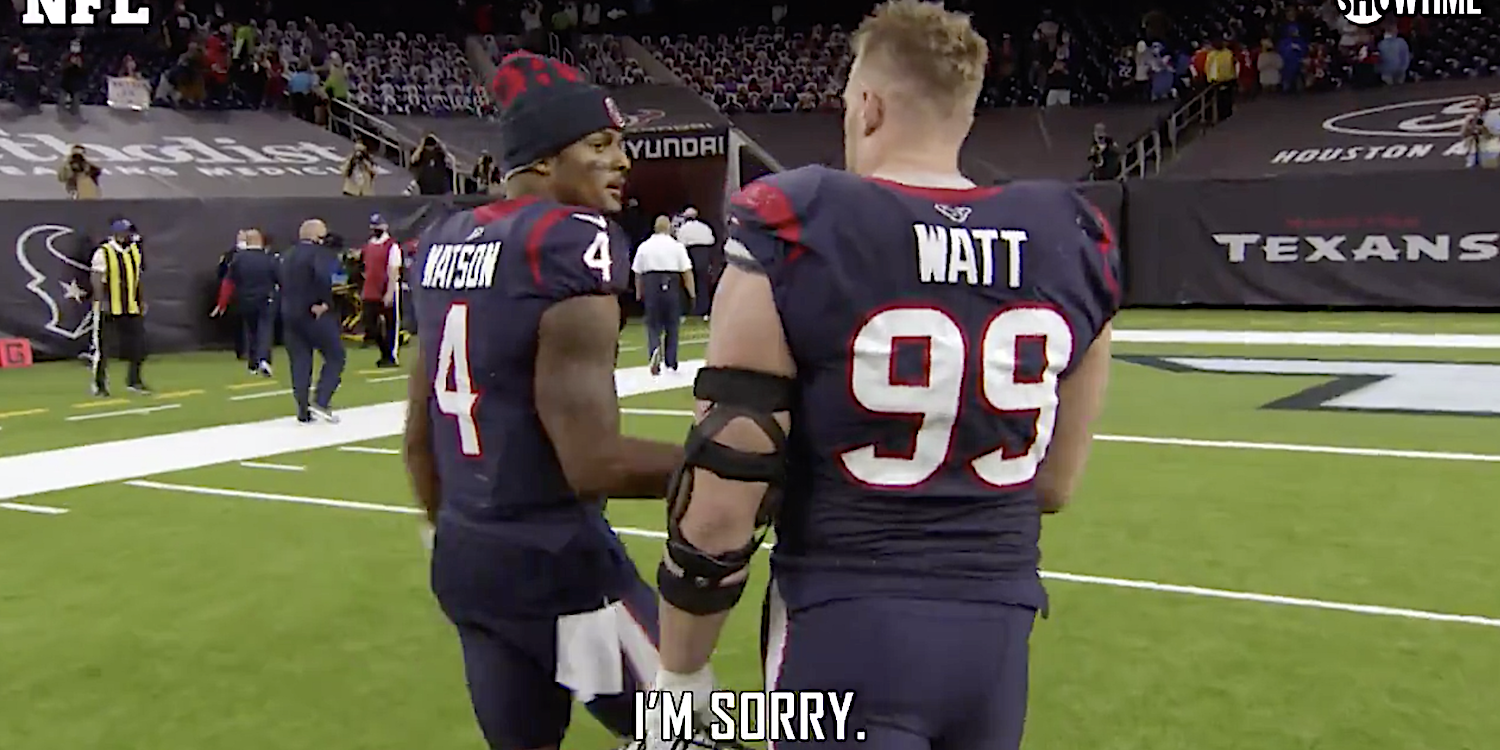 The Houston Texans finished the 2020 season 4-12, despite a career year from Deshaun Watson.

Watson, the Texans’ fourth-year quarterback, led the NFL with 4,823 passing yards. He completed a career-high 70% of his passes, with career-highs in touchdowns (33), interceptions (7), yards per attempt (8.3, which also led the NFL), and passer rating (112).

After the Texans’ final game of the season, a 41-38 loss to the Tennessee Titans, NFL Films caught Texans defensive end JJ Watt apologizing to Watson for “wasting” a year of his career.

"I'm sorry, we wasted one of your years."

Watt to Watson after a tough season. pic.twitter.com/mcTVK3ZeJG

After Week 16, Watt gave an impassioned speech about Texans players needing to work harder and appreciate their jobs more.

“So if you can’t go out there, and you can’t work out, you can’t show up on time, you can’t practice, you can’t want to go out there and win, you shouldn’t be here,” Watt said. “Because this a privilege, it’s the greatest job in the world, you get go out and play a game.”

Despite Watson’s play and Watt’s leadership, the Texans face an uphill battle in rebuilding.

The Texans don’t have a first- or second-round draft pick this season because of the trades for Laremy Tunsil and David Johnson, respectively.

Will Fuller, their top receiver after trading away DeAndre Hopkins, is a free agent this offseason.

Meanwhile, the Texans offensive line continues to need work, and their once-stout defence is in need of reinforcements.

The Texans hired Nick Caserio as GM on Tuesday, bringing in a respected front-office voice from the New England Patriots. They still need to hire a head coach. Caserio will have his work cut out for him to surround Watson with the talent he needs to get back to the playoffs.