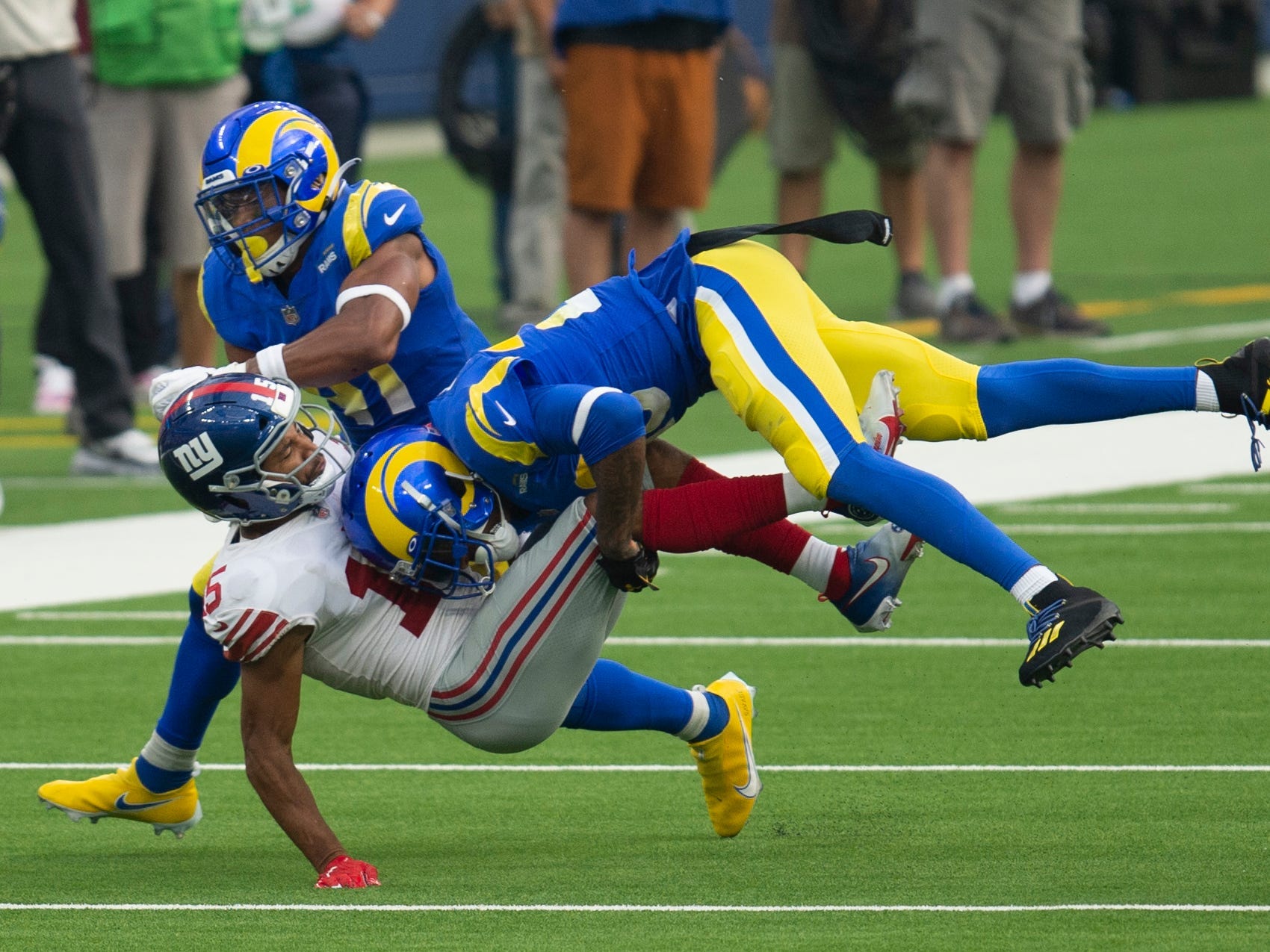 A fight between Jalen Ramsey and Golden Tate spilled onto the field on Sunday, as the two brawled in the middle of the field after the game between the Rams and Giants and quickly brought their teammates into the fray.

Following their game today, the Rams and Giants had a huge fight at midfield which included Golden Tate and Jalen Ramsey in the middle of it. pic.twitter.com/nq7A4Qphv1

Eventually, the two sides were pulled apart and everyone returned to their respective locker rooms, but Ramsey was not finished.

According to ESPN’s Jordan Raanan, Ramsey waited outside the Giants locker room after the game hoping to confront Tate again before the team departed for New York. Thankfully, a second fight was not in the cards.

Ramsey and Tate have a rather personal history, as Ramsey has two young daughters with Tate’s younger sister, Breanna Tate.

“I’m not happy at all with the disrespect that he’s shown towards my sister, and the things he’s done in the past, but I don’t really want to go too much into it,” Tate told The New York Post in 2019.

On the field, Ramsey got a few shots in at Tate in his role as cornerback, including one tackle that could be taught for its perfect form.

WHAT A TACKLE by Jalen Ramsey pic.twitter.com/G5jZOuW4bt

The two apparently saved their biggest hits for after the game, with both teams meeting at midfield to eventually drag the two players apart.

“Obviously, want to do our fighting between the whistles for 60 minutes,” Judge said, per ESPN. “I don’t know all the details, so I’m going to reserve comment until I find out everything.”

Neither Ramsey nor Tate were made available to reporters after the game.