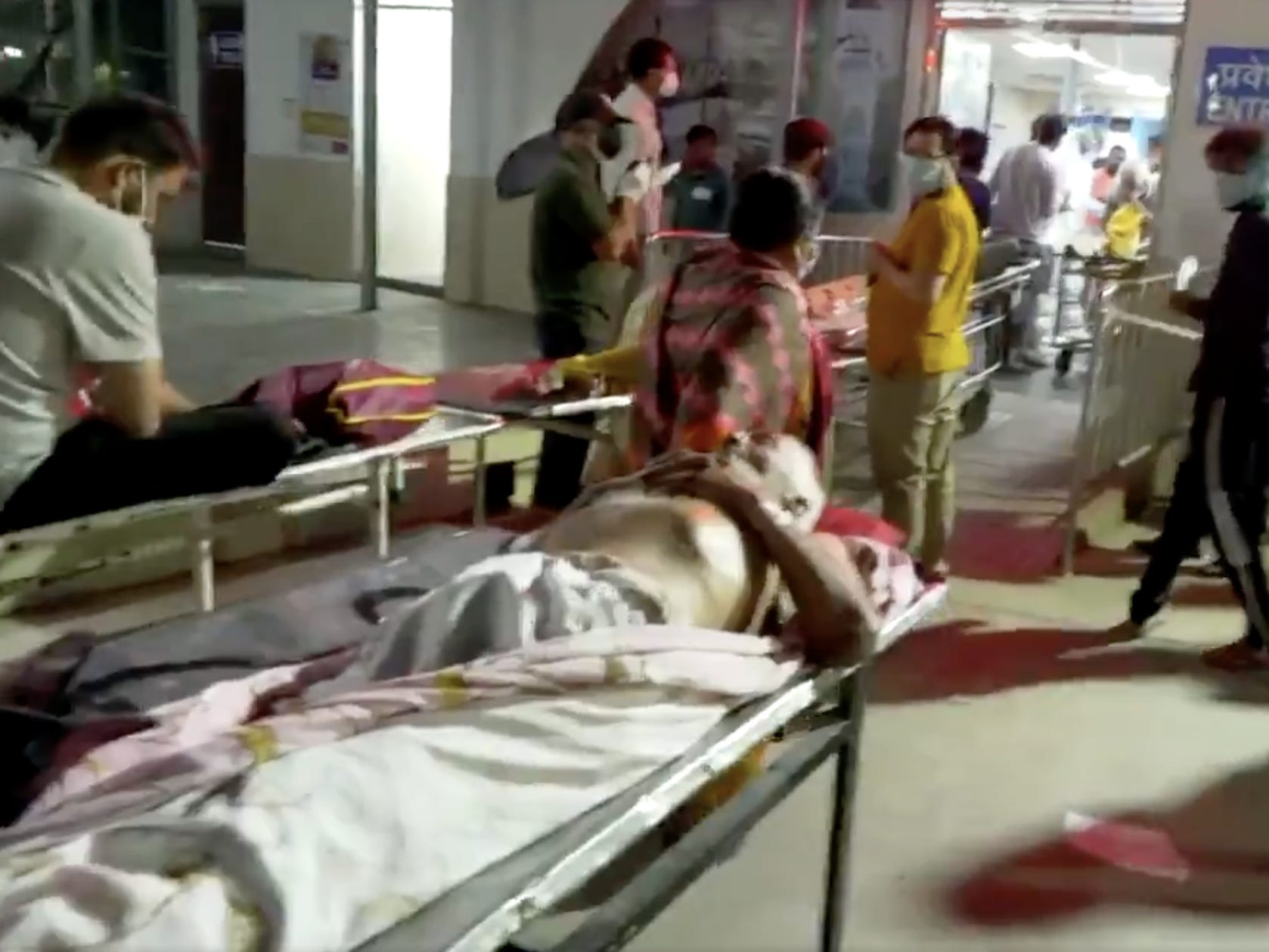 BBCA woman pulls her sick husband to front of a queue of stretchers outside of a hospital in Delhi, overwhelmed by the COVID-19 surge.

Video from an overwhelmed hospital in India shows people dying on stretcher outside as the country struggles to cope with a surge in COVID-19 cases.

A report from the BBC’s Yogita Limaye, Fred Scott, and Sanjay Ganguly shows just how bad the situation is.

“My husband is in a very bad state, let me through,” a woman says in the video, as she pulls her husband to the front of a line.

The reporter says she has been carrying him around for ten hours.

A man pleads with a health-care worker to go see his mother. His mother is found lying lifeless on a stretcher in an ambulance.

The video shows a woman screaming “Balaji!,” her brother’s first name, as she shakes him to try and revive him after he lost consciousness while in the long queue to the hospital. 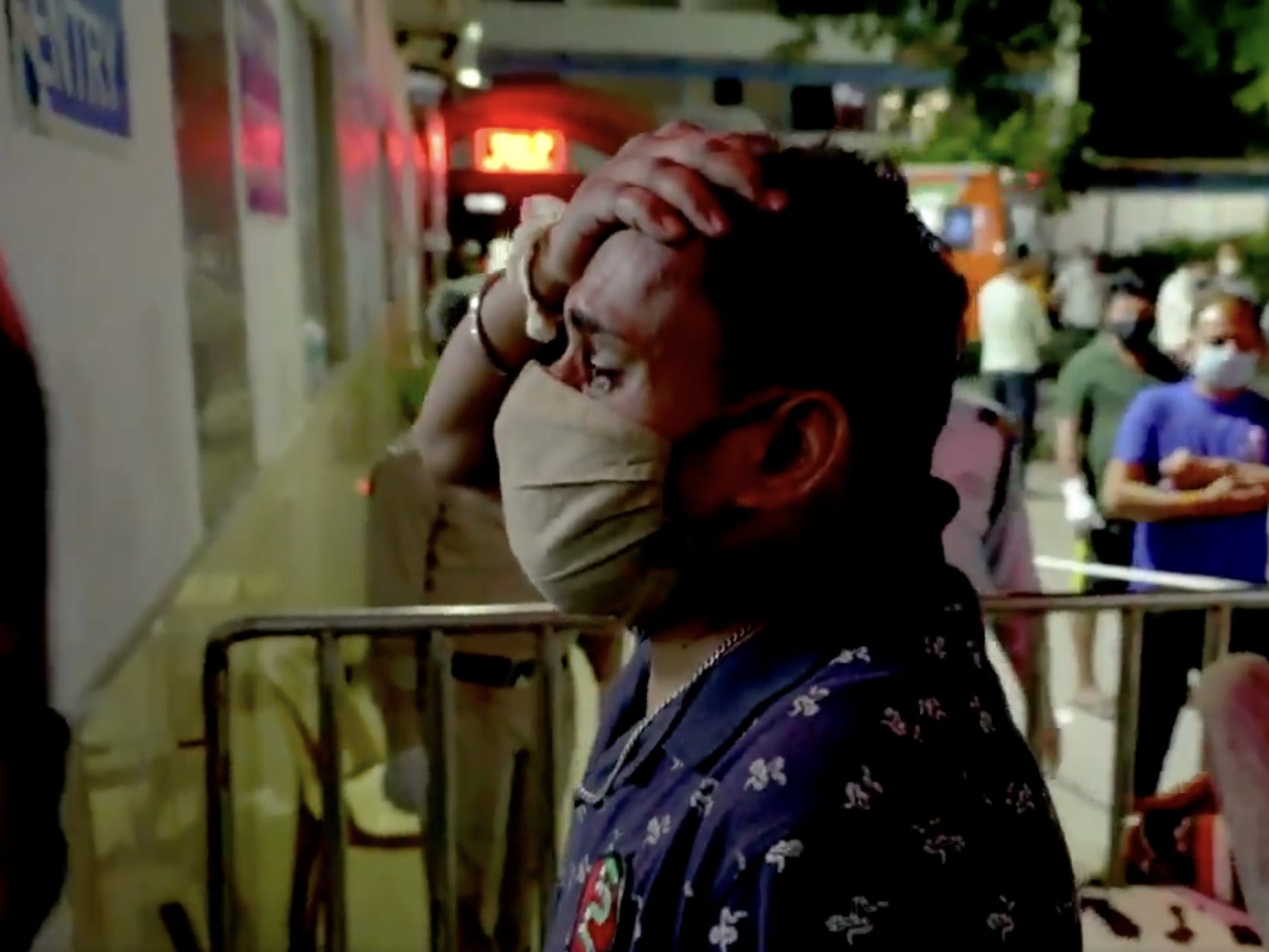 BBCA man asks for a health worker to check on his sick mother outside of a hospital in Delhi that is overrun by patients in the midst of the COVID-19 surge in India.

India is struggling to manage a massive rise in COVID-19 cases.

On Thursday, India reported 315,835 new cases, the most ever seen in a single day for any country. It has recorded more than 200,000 new cases every day for more than a week, Insider’s Sinéad Baker reported.

Hospitals are struggling among shortages of beds and oxygens, some saying they only have a few hours’ of oxygen supply left.

A vaccination campaign is underway. More than a 111 million have received at least one dose of a COVID-19 vaccine since January. But with a population of over a billion, that represents only 8% of the population, according to Our World in Data.

People have taken to social media to document the chaos in the country. On Saturday, Vinay Srivastava, a journalist, died while live-tweeting his search for help.