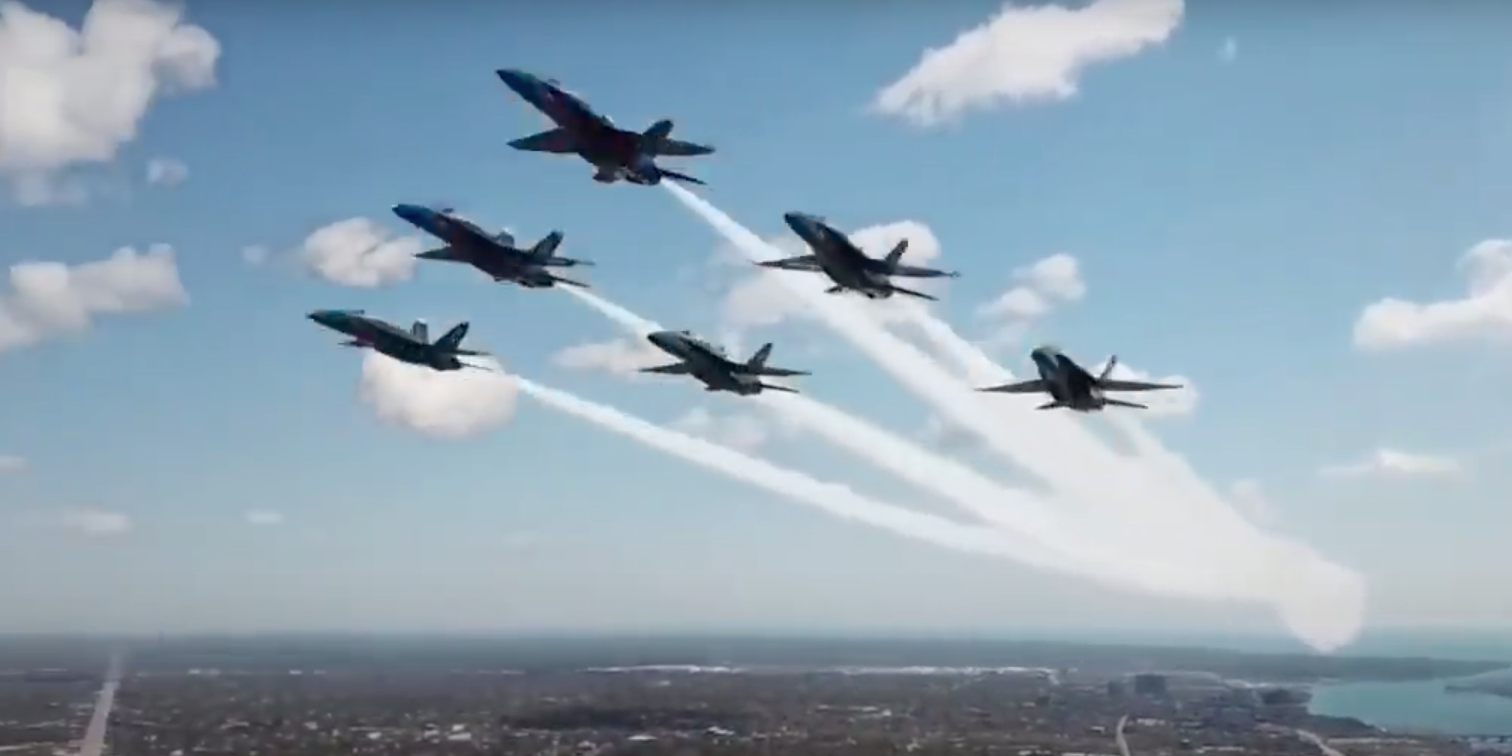 The US Navy’s Blue Angels flew over Detroit on Tuesday in a salute to COVID-19 responders, and a video of the flyover apparently shot by a drone suggests the unmanned aircraft flew dangerously close to the demonstration team to get the footage.

To capture the video’s final shots, the camera drone, the suspected blades of which can be seen in the footage, appears to have been operating almost directly in the flight path of the Navy F/A-18 Hornets.

The video was posted on social media, but it has since been deleted, along with the accounts associated with it. But the video was downloaded and reposted to YouTube.

Insider contacted the Blue Angels, which said it was not one of their assets and directed Insider to the Federal Aviation Administration. “The incident was reported to the FAA, and the FAA is investigating,” an FAA spokesperson said.

As The Aviationist, which first reported the video, notes, the drone that shot the footage was possibly in violation of several FAA regulations. The FAA requires that drone operators not fly their drones “in a careless or reckless manner.”

Drone operators are also expected to “not interfere with manned aircraft.”

Early in the drone video is a watermark that reads “@GIOLUCIA.” The user who reposted the video on YouTube said that the Facebook page of the person who first posted the video has been deleted. A related Instagram account has also disappeared.

The 21-minute formation flight over Detroit on May 12 was part of the ongoing “America Strong” event. The Blue Angels have conducted and continue to carry out flyovers of US cities to celebrate healthcare workers and other COVID-19 responders.