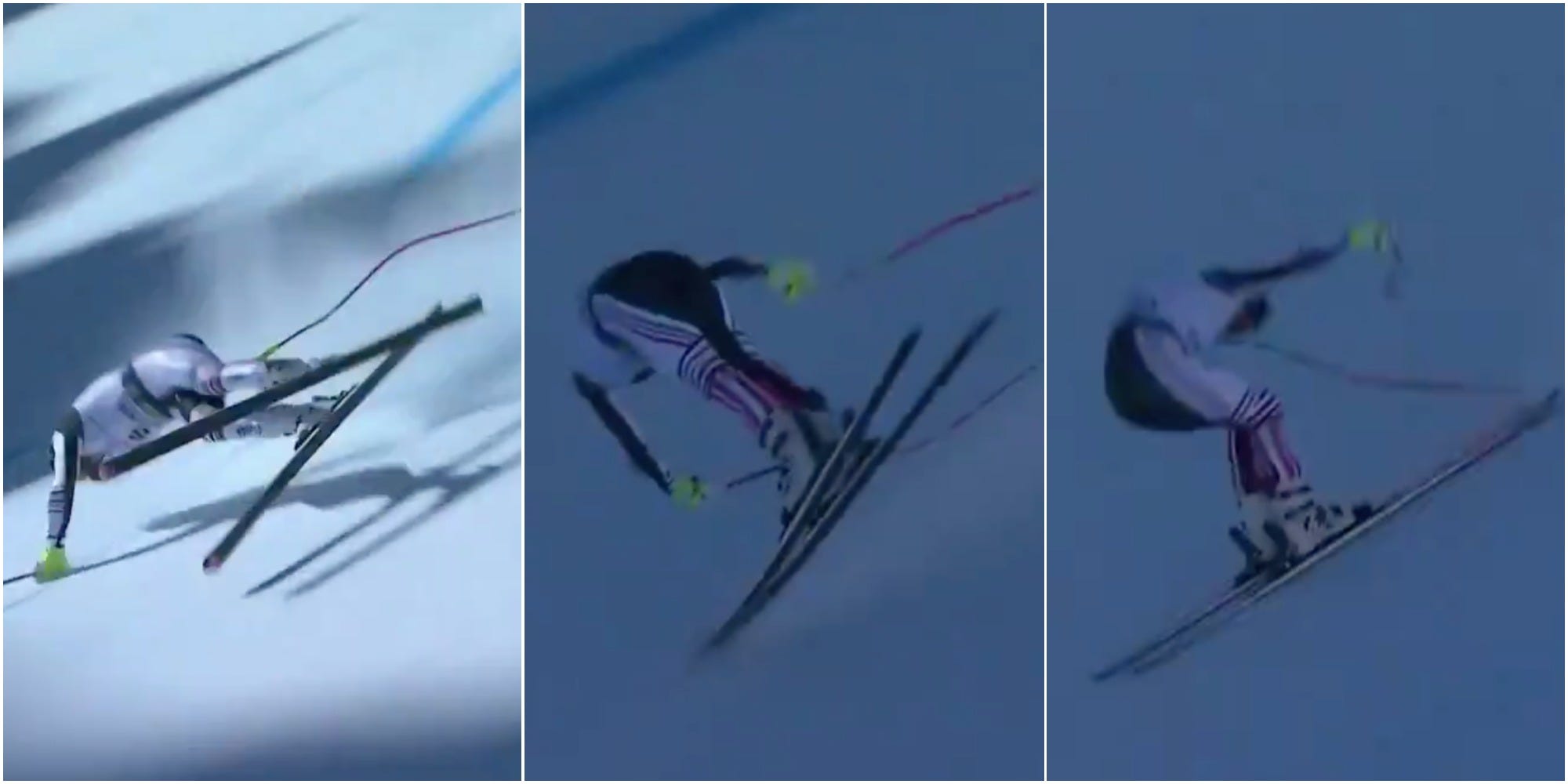 French downhill skier Maxence Muzaton pulled off one of the most incredible saves you’ll ever see after crashing at almost 80 miles-per-hour during a race on Sunday.

Taking part in the FIS Alpine Skiing World Championships in Cortina, Italy, Muzaton was racing in the men’s downhill finals â€” often considered both the most prestigious and dangerous event in alpine skiing.

As he went through his run, Muzaton hit a compression as he approached a right hand turn, with a speed gun clocking him at over 117 kilometers-per-hour, roughly 77 miles-per-hour.

As he hit the turn, Muzaton’s inside ski appeared to slip from underneath him, causing him to fall onto his side, hitting a bump in the slope in the process, likely going in excess of 70 miles-per-hour.

This cannoned him into the air, at which point he spun a full 180 degrees, before landing upright facing back up the slope.

Muzaton had the presence of mind to turn himself back the right way, before slowly stopping further down the hill.

From start to finish the crash was only around one second long, and Muzaton came out unscathed.

You can see a series of images showing how the crash unfolded here: 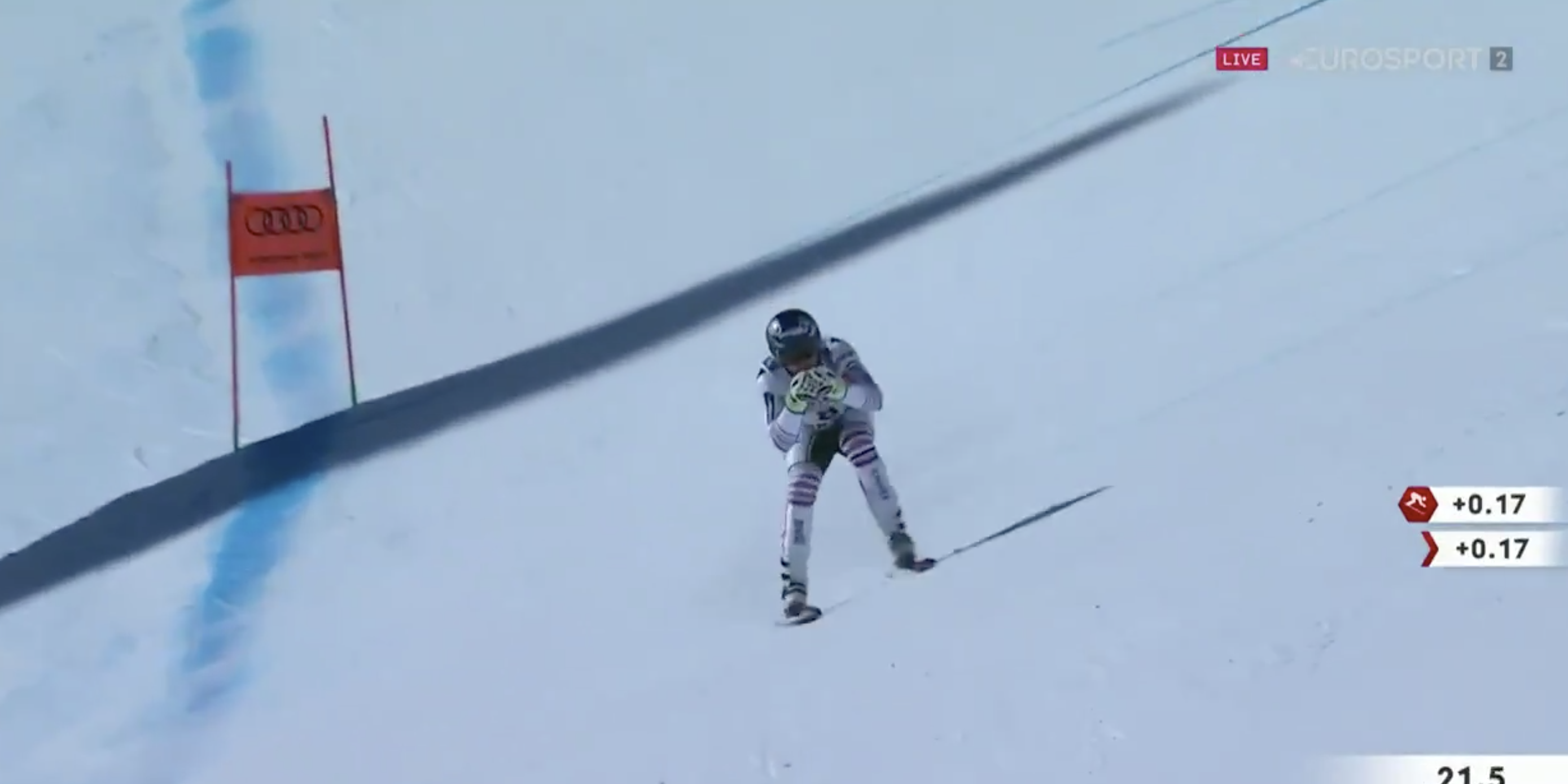 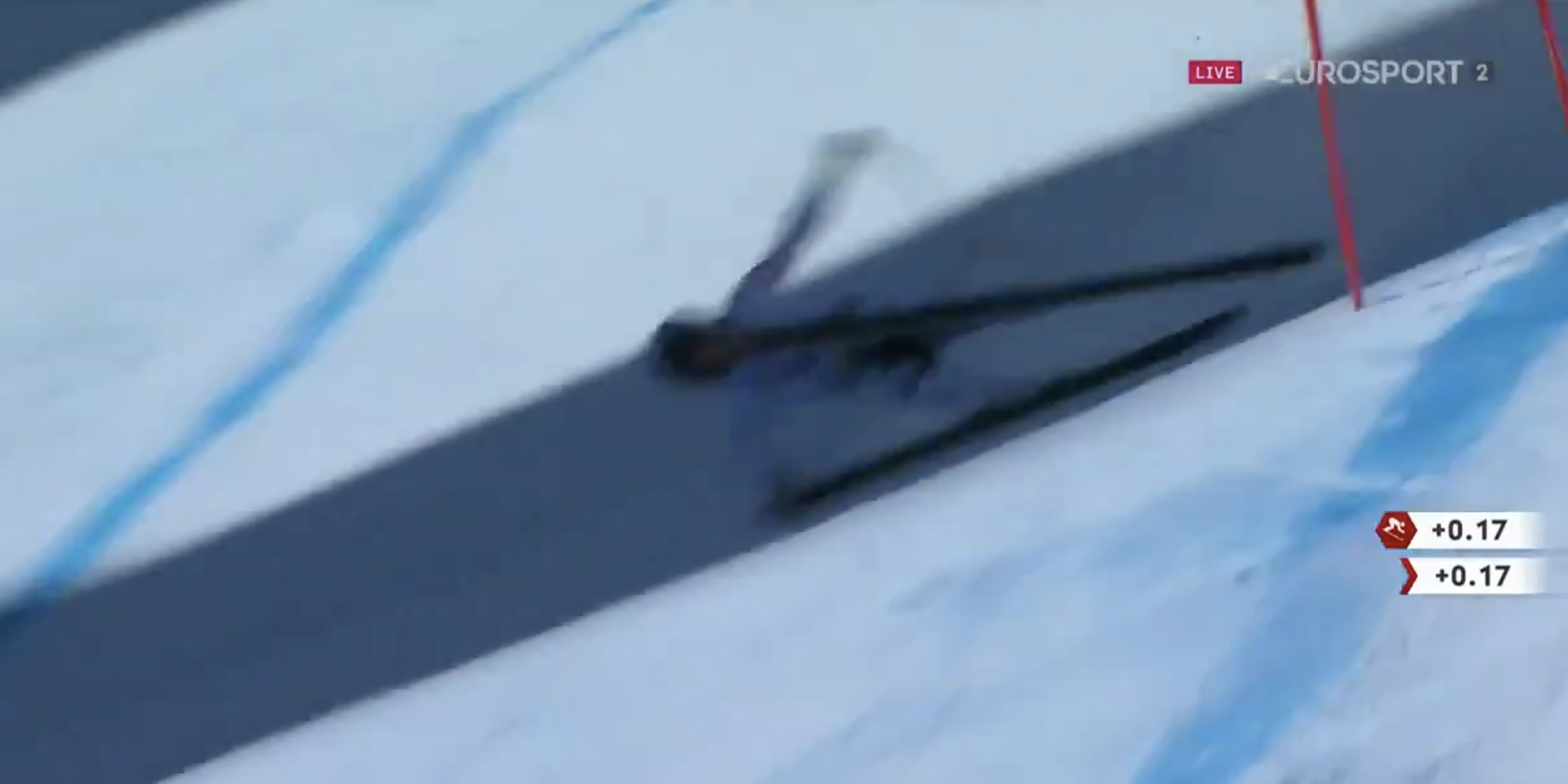 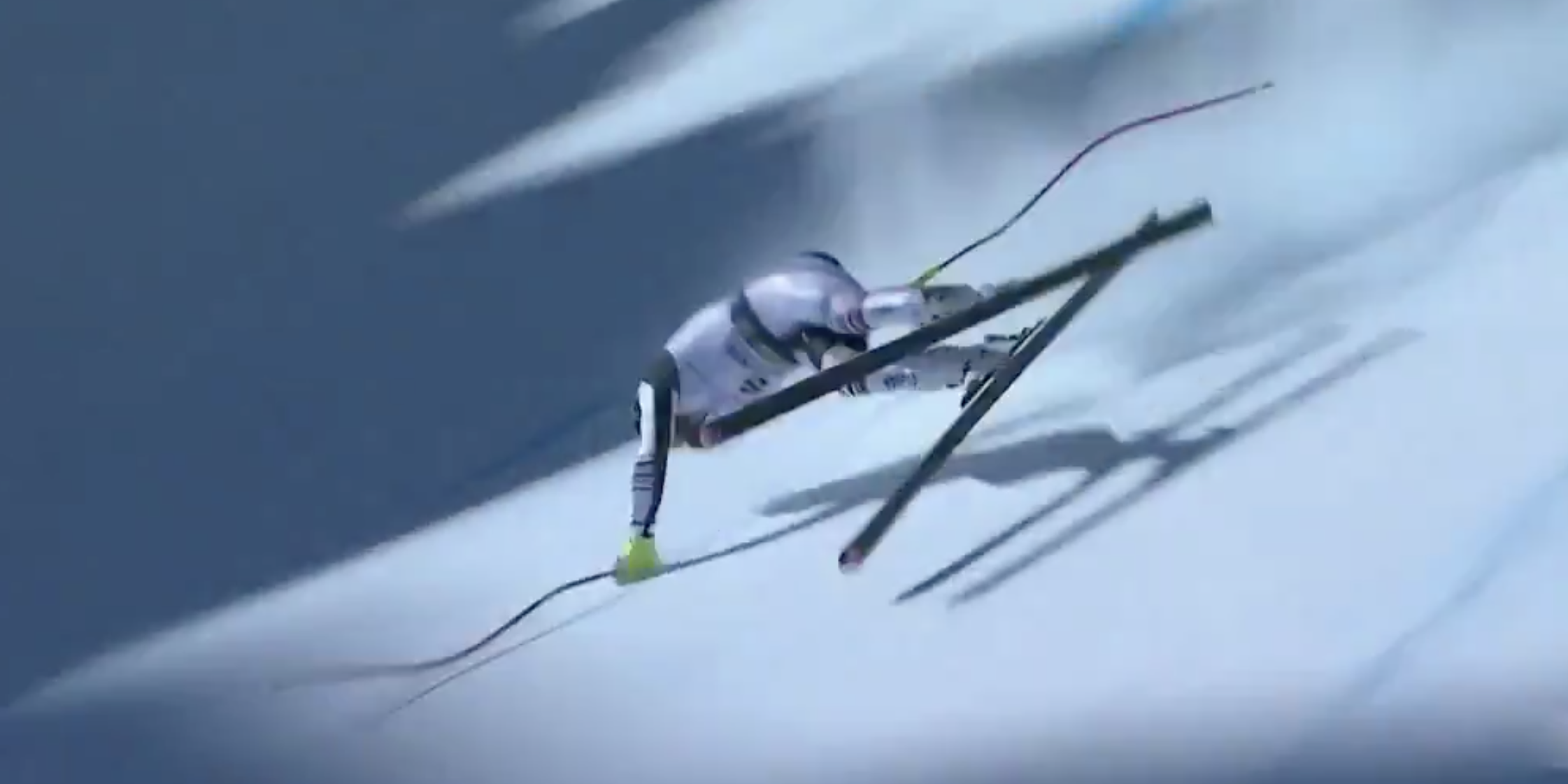 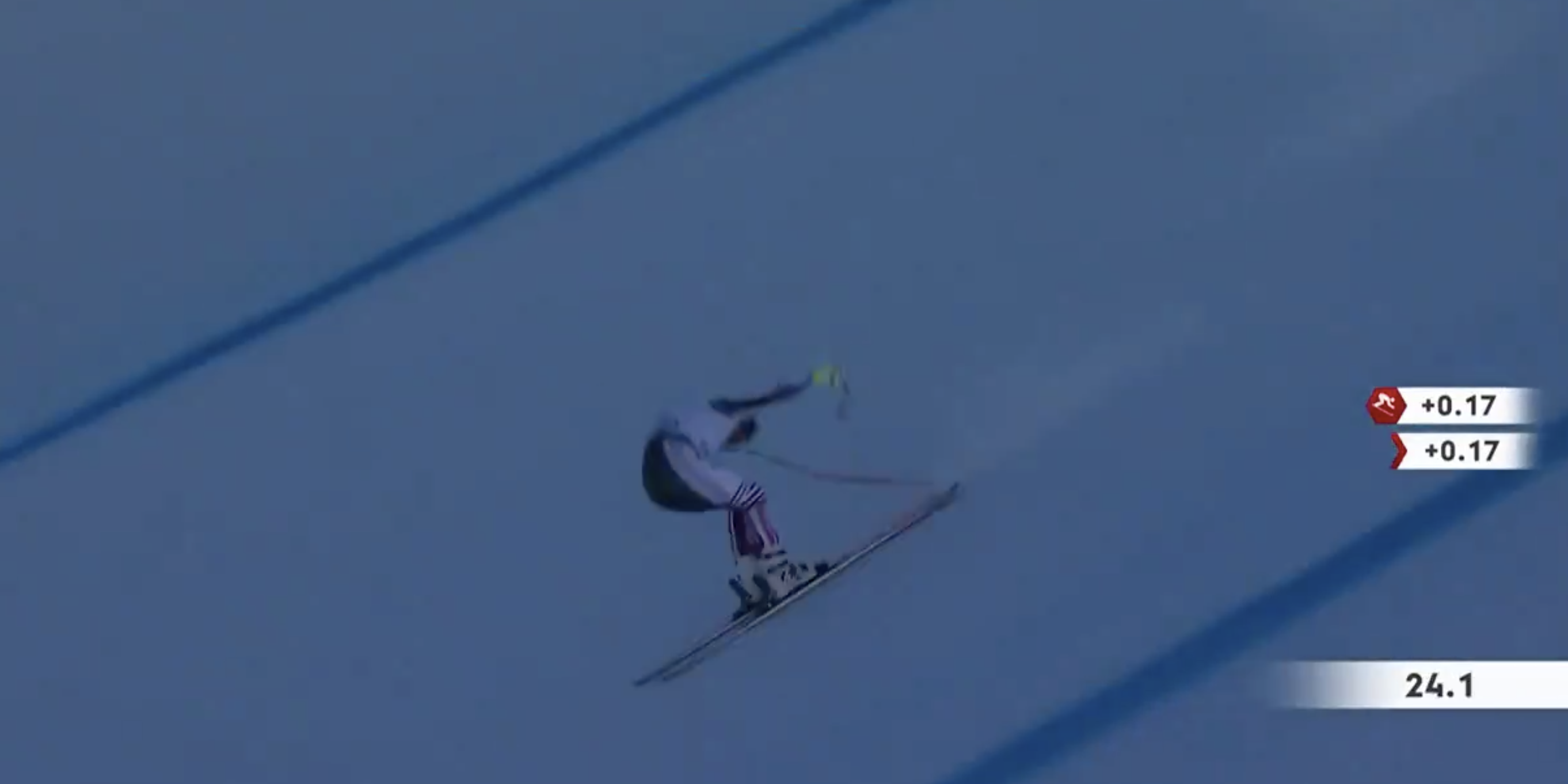 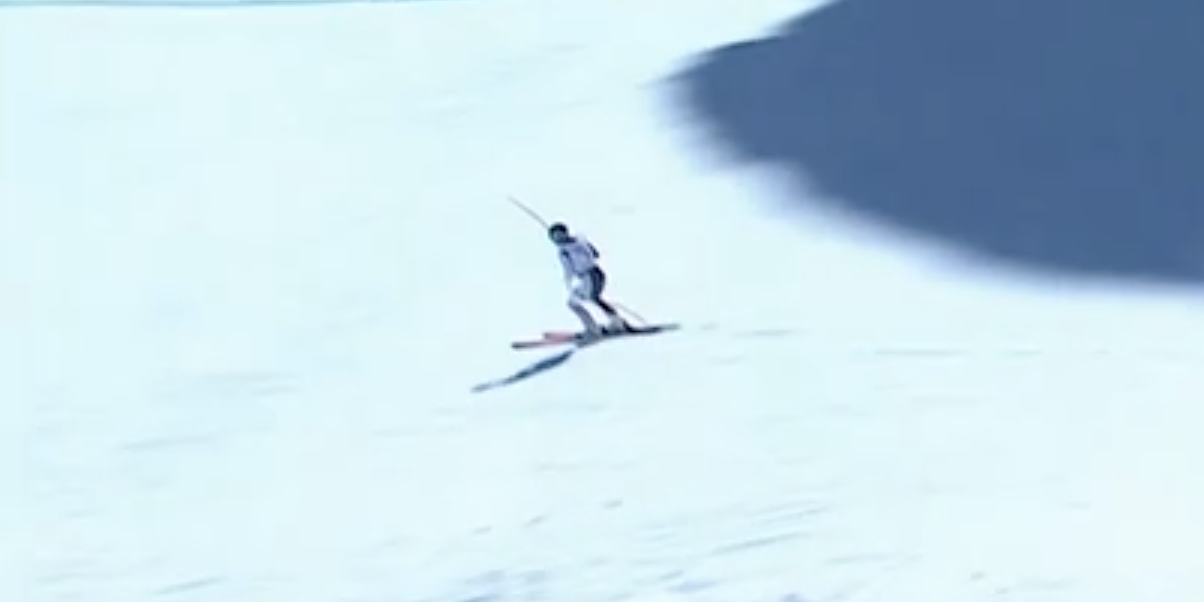 And video of the crash here:

"One of the luckiest escapes I've ever seen!"

How on earth has Maxence Muzaton managed to stay on his skis?! ????#Cortina2021 pic.twitter.com/rVvG9PxeSp

“Muzaton has one of the luckiest escapes I think I’ve ever seen and this is my 17th World Championships,” Eurosport commentator Nick Fellow said on the live broadcast. “How on earth did he manage to stay on his skis?”

Co-commentator Finlay Mickel added: “He rolls on, just catches an edge, goes hip down, how he lands a switch there and stays on his feet, I have no idea.”

“In reverse at 70mph is just remarkable.”

Muzaton’s crash meant he missed gates on the course, and as a result did not finish the race, which was eventually won by Austria’s Vincent Kriechmayr.