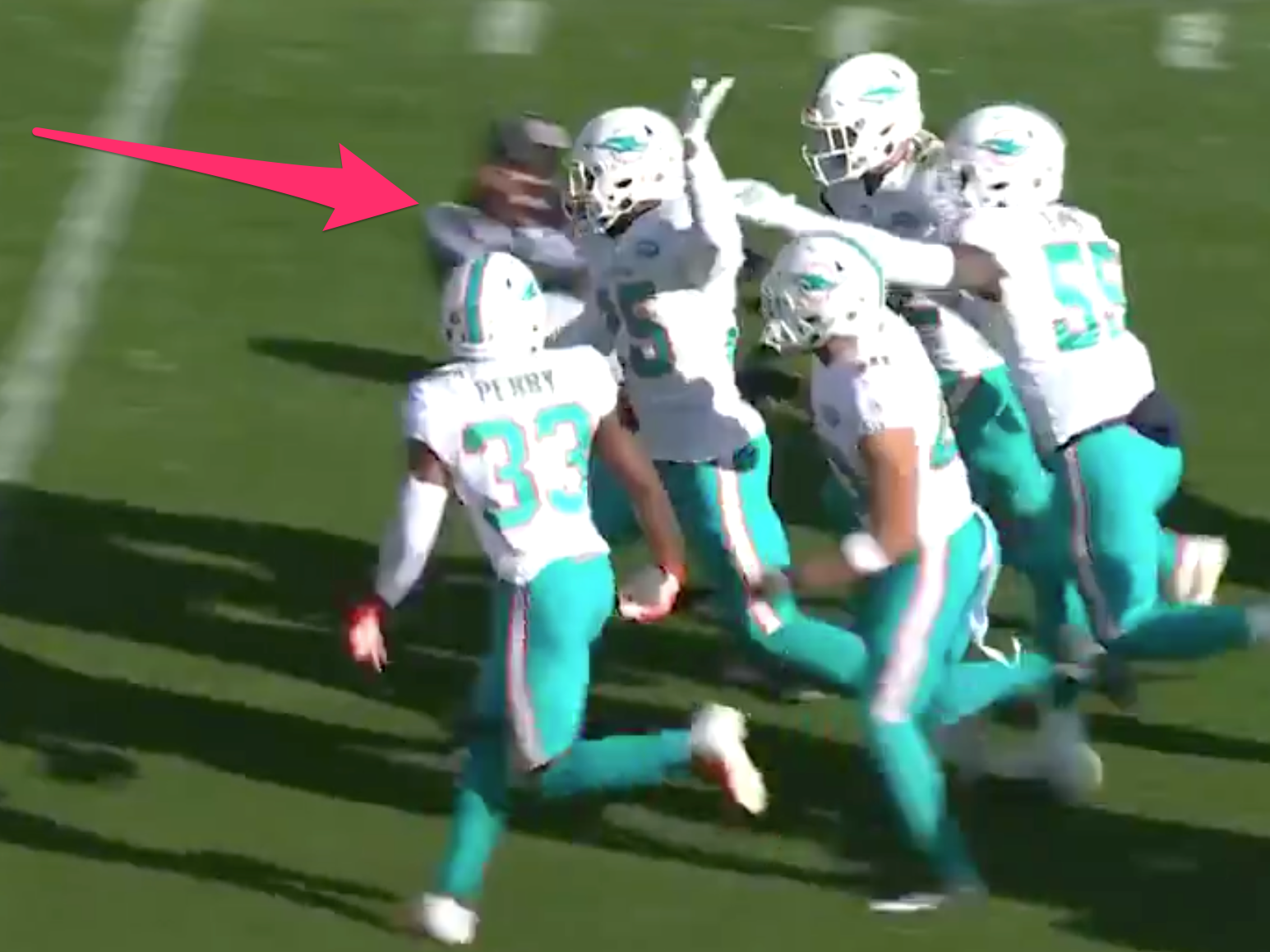 @MiamiDolphins / TwitterReferee Tripp Sutter was caught in the Dolphins stampede to the end zone.

The Miami Dolphins defence accidentally took out official Tripp Sutter while stampeding towards the end zone to celebrate an interception.

The scene unfolded in the first quarter of Sunday’s game against the Denver Broncos. With Denver facing third-and-10, quarterback Drew Lock misfired a pass towards wide receiver Tim Patrick. The ball came in behind Patrick, giving Dolphins cornerback Xavien Howard the chance to jump the pass for an interception.

When Howard was finally brought down, the Dolphins gathered and ran towards the end zone to celebrate but didn’t see the official who was in their path.

A replay from a different angle showed just how hard the official, identified by the broadcast as Tripp Sutter, was hit.

While the #Dolphins went to go celebrate an interception, they accidentally ran over a referee. The injured official is now in the locker room, per the CBS broadcast. pic.twitter.com/vajcgwCCfj

According to the broadcast, Sutter was taken into the tunnel to be examined after the hit. Meanwhile, the Dolphins got their photo.

On Twitter, fans expressed their sympathies for the trampled official.

Prayers for the ref. That looked painful https://t.co/8UwlRYvfcV