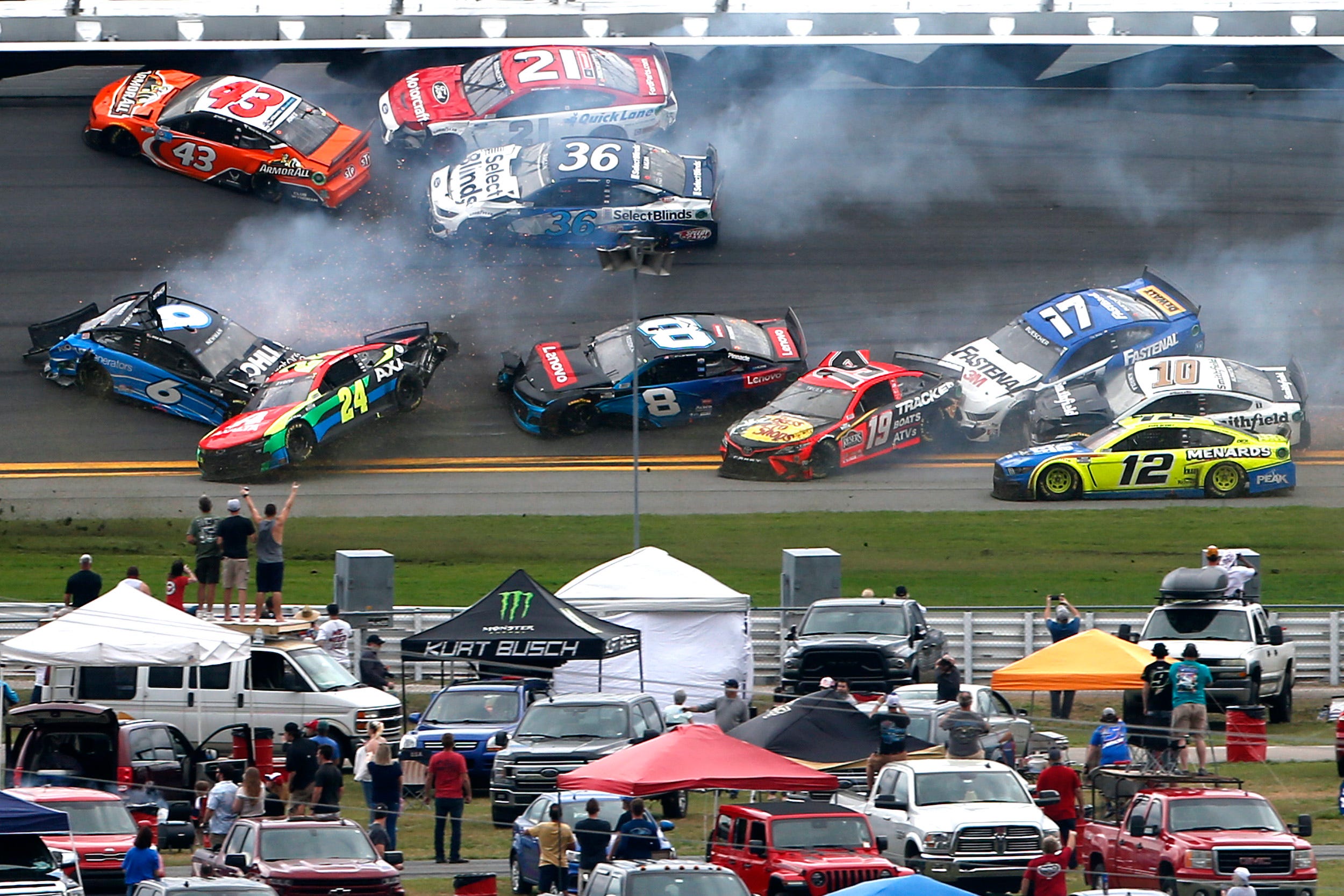 It didn’t take long for the Daytona 500 to have its first Big One.

The Big Ones, the nicknames given to large wrecks at superspeedways like Daytona International Speedway, are infamous for involving numerous cars due to the high speeds and bunched-up driving.

This one came on Lap 14, involved 16 cars, and took out several contenders, including pole-sitter Alex Bowman.

In addition to Bowman, Aric Almirola was also knocked out of the race just days after winning a duel race that set the 500’s starting lineup.

Ryan Blaney, Kurt Busch, and William Byron were among the race favourites and were involved in the wreck but were not immediately ruled out for the rest of the race.

Ryan Newman, who was involved in the scary crash near the end of the 2020 Daytona 500, was also among those involved in this wreck and was knocked out of the race.

Replays showed that Christopher Bell (20) bumped Almirola (10), who got loose and spun up into Bowman (48), starting the chain reaction.

Not helping matters was the muddy infield grass at Daytona. Several drivers might have survived the wreck if not for the added damage caused by the mud.

Not long after the wreck caused a red flag, rain and lightning came along adding to the delay.