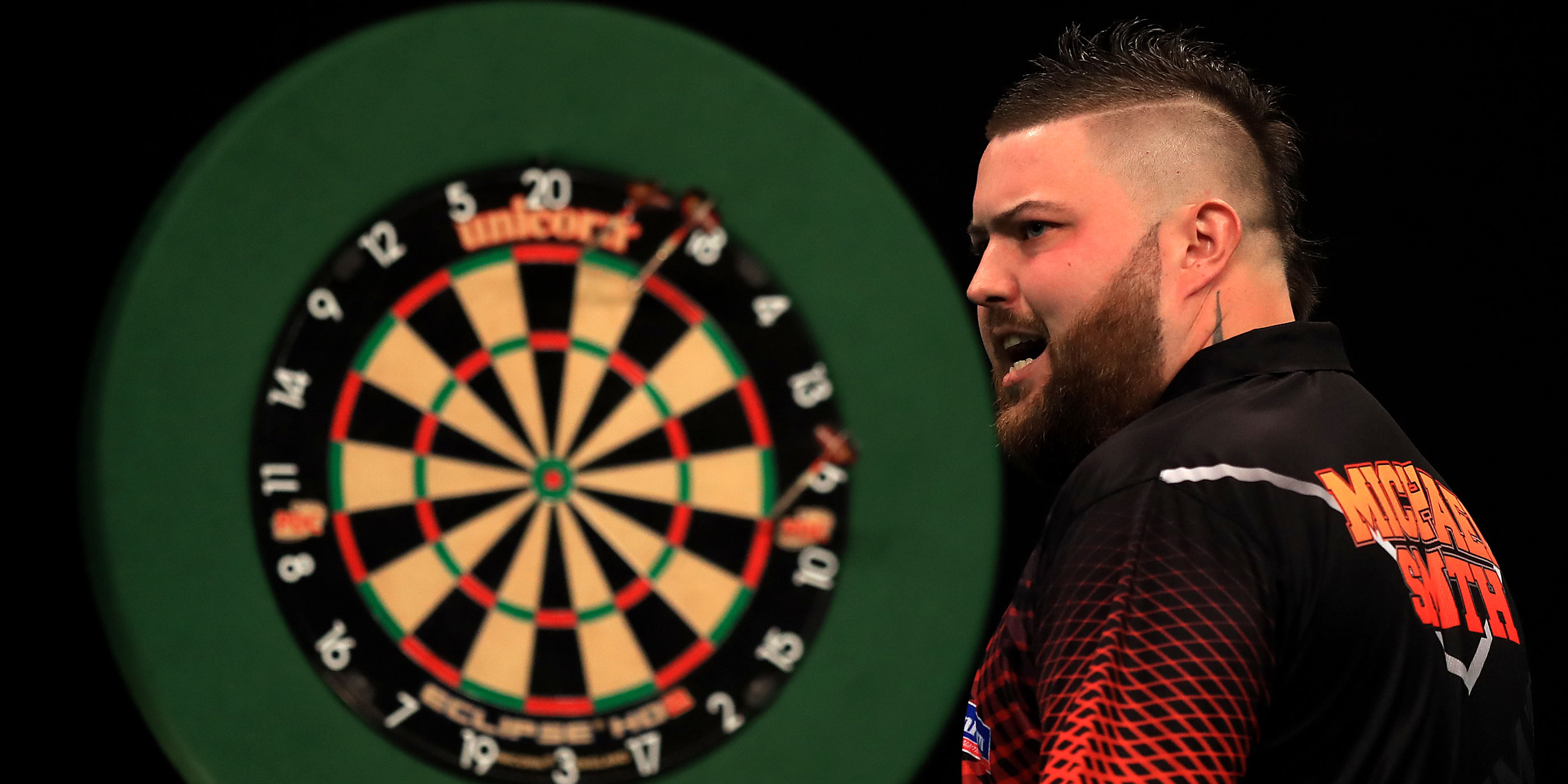 Simon Cooper/PA Images via Getty ImagesMichael Smith completed the darts equivalent of a perfect game on Thursday, prompting a rowdy crowd in Dublin to lose their minds.

Michael Smith wrote his name into the darts history books on Thursday night, thrilling a Dublin crowd with his nine-darter against Daryl Gurney.

The “nine-darter” can be thought of as the darts equivalent of a perfect game, or possibly an immaculate inning.

For those unfamiliar, in each “leg” of a darts match, both players are racing to drop their total from 501 to precisely zero. The quickest a player can achieve that is with nine darts, all perfect.

That said, you don’t need to really know the rules to know what Smith accomplished was special – just listening to the crowd makes it clear he had done something otherworldly.

After earning huge cheers for his first two 180s – three darts that all hit triple-20, the crowd’s cheers rose in anticipation with each of his final three shots, culminating in a delayed, euphoric release after he closed the leg on double-12.

Smith’s nine-darter was the first one hit in the Premier League since 2017, and just the 55th televised nine-darter in the history of the sport.

There truly is nothing like a great darts highlight.

The lowest-ranked sumo competitor pulled off a massive upset to win a prestigious wrestling tournament, then burst into tears because he was so relieved