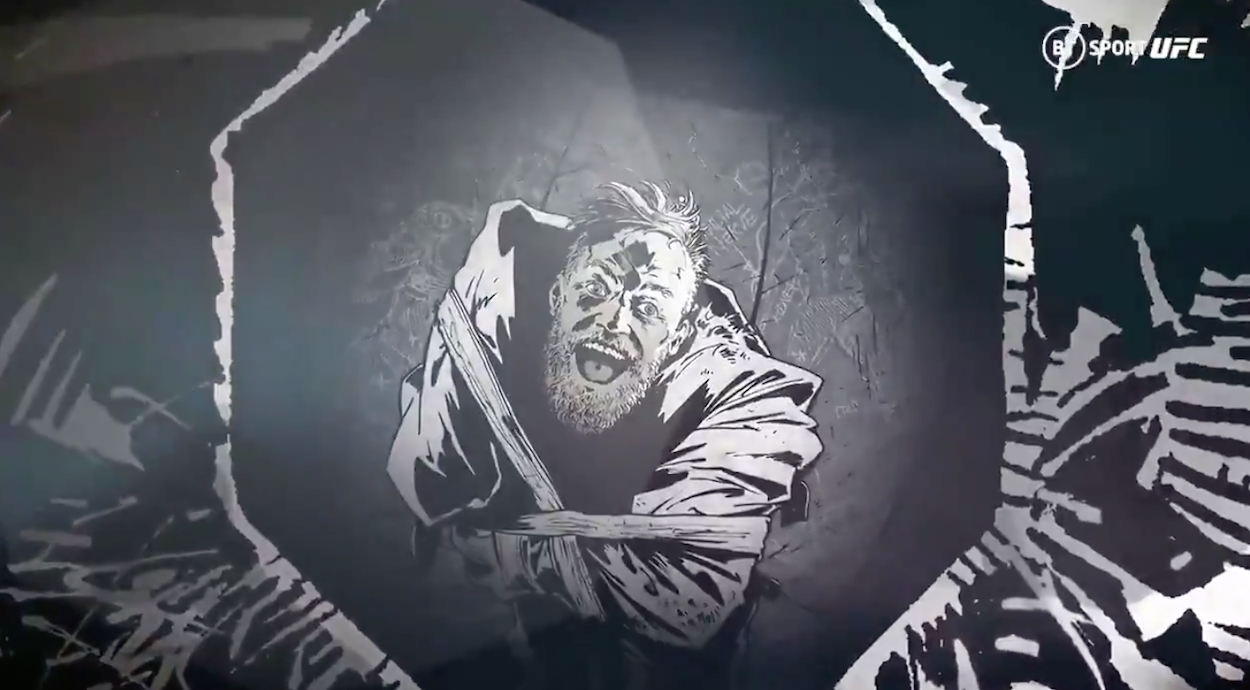 FIGHT ISLAND â€” Conor McGregor said he’s “prepared to die” fighting in a comic noir promo ahead of his return to the UFC later this month.

The Irish striker competes in a lightweight match against Dustin Poirier on January 23 at the Etihad Arena in Abu Dhabi â€” his first fight since he annihilated Donald Cerrone in the first round of UFC 246 12 months ago.

The UFC’s broadcast partner in the UK, BT Sport, unveiled a promotional clip to celebrate the Irishman’s return to the Octagon.

It starts by zooming inside McGregor’s pupil, which has eight sides just like the Octagon.

Then, seemingly inside McGregor’s mind, the Irishman appears in a straight-jacket, then is pictured wearing chains, before finally breaking free of the shackles when he steps bare-footed onto the UFC-branded canvas.

It is there where he feels most at home, according to the promo. “I feel free,” McGregor says in a voiceover.

“I feel to be at the pinnacle of any game, whatever you do, you’ve got to be a little bit gone â€¦ and not all there.”

In the promo, McGregor then goes on to compare UFC ring walks to being chained up, then eventually being freed upon entering the Octagon.

“Someone asked me what it’s like when I make that walk â€¦ well, I honestly feel like I’m shackled in chains, and when I get to the Octagon I’m peeling it all off and when I finally step foot in that Octagon and place my bare feet on that special UFC canvas, I feel free.”

“I do it for the competition, to have that feeling of freedom. That is why I do not feel pressure in there. I do not. I feel free in there,” he continues, before saying that when he’s in the Octagon, he feels like he is “prepared to die.”

McGregor and Poirier headline the UFC 257 event next week, which is the finale to the UFC’s third series of events on Fight Island.