Chris Paul hit back-to-back threes to save the Thunder's season, then slapped his opponent on the butt to celebrate 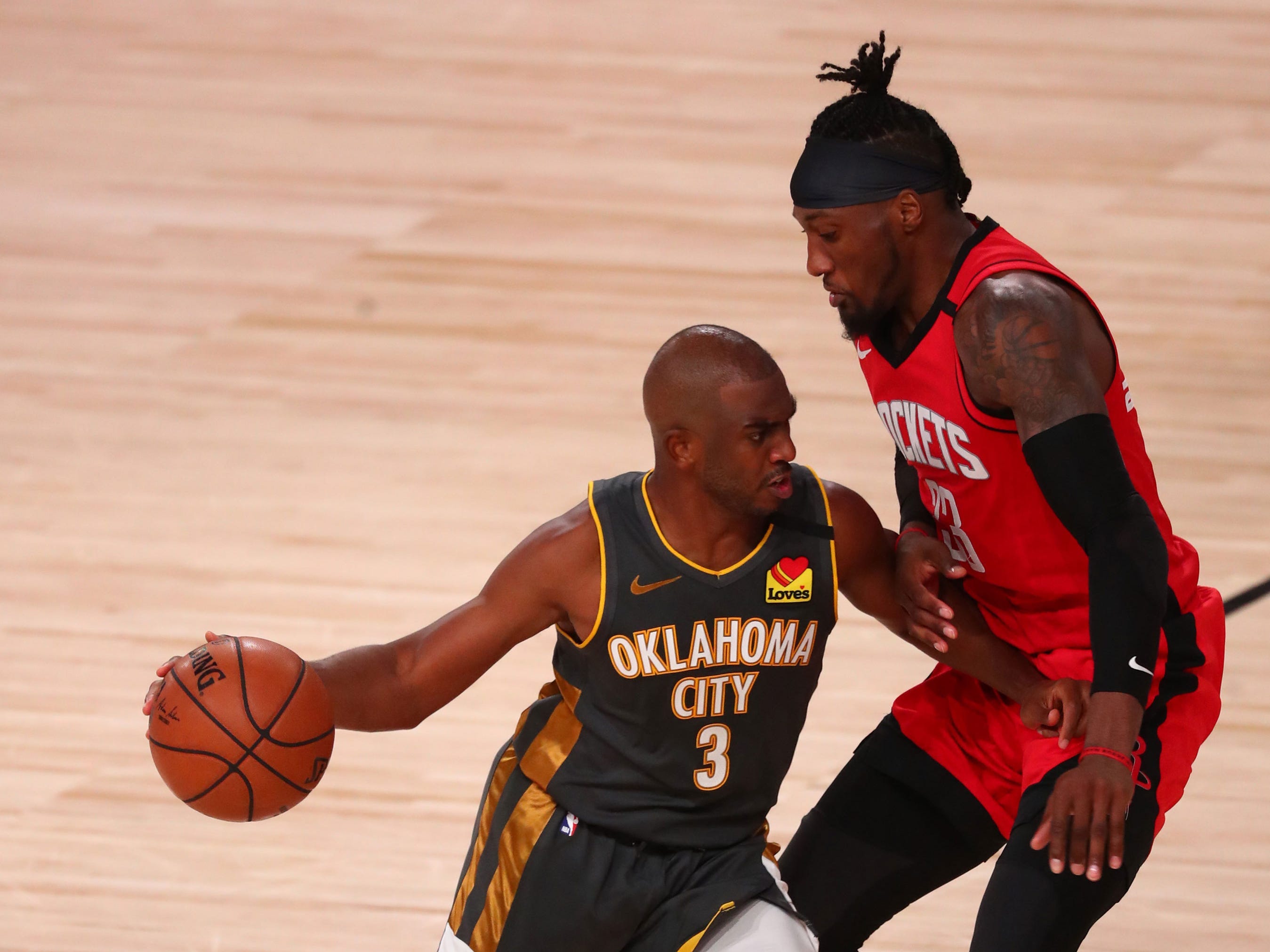 Chris Paul saved the Oklahoma City Thunder’s season on Monday night with a brilliant performance in crunch time, scoring 15 points in the fourth quarter to force a Game 7 against the Houston Rockets.

Paul was sharp all night but went into another gear when his team needed him most, taking over to keep the Thunder in the game just as their shot a victory looked to be slipping away.

With just under four minutes remaining, the Thunder trailed 98-92 and were in desperate need of a bucket to keep pace with Houston’s high-octane offence.

On back-to-back possessions, Paul took advantage of the space Robert Covington gave and spotted up to hit from three. Just a minute later, the game was tied.

While jogging back up the court from his game-saving triples, Paul gave his defender a light slap on the butt. “Nice try,” it seemed to indicate.

I missed the Chris Paul butt slap to RoCo pic.twitter.com/lGTv4aSIpY

Paul and the Thunder would go on to win, 104-100. After the game, Paul said his butt slap was made out of respect.

Paul and the Thunder will face off against the Rockets again in Game 7 on Wednesday night with a spot in the Western Conference Semifinals on the line. If Paul can continue his stretch of clutch performances, the Thunder could wind up the surprise story of the NBA postseason.

John Rahm made a 66-foot miracle putt to win $US1.7 million and save himself from the most bone-headed penalty of his career

NFL POWER RANKINGS: Where every team stands heading into the 2020 season