Tony Romo was left completely baffled after the Chiefs went for it on a gutsy, game-sealing fourth-down play 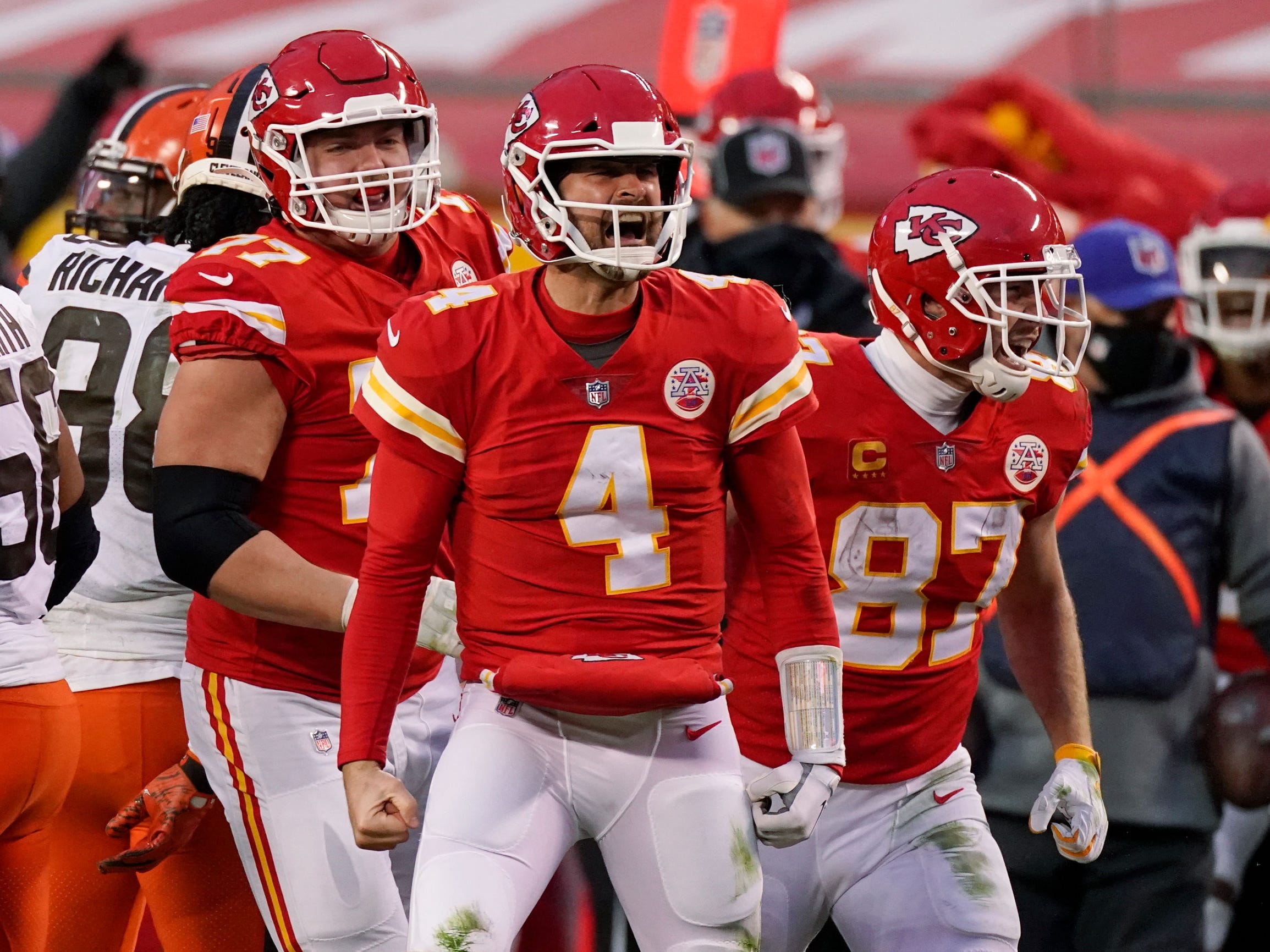 The Kansas City Chiefs fought through the loss of superstar quarterback Patrick Mahomes and held off the Cleveland Browns to win 22-17 on Sunday and seal their spot in the AFC Championship for the third straight season.

After Mahomes went into concussion protocol and left the game in the third quarter, it was up to backup quarterback Chad Henne to preserve the Kansas City lead and get the team to the next round.

Henne did just that.

At the two-minute warning, the Chiefs had the ball and held a 22-17 lead. Facing third-and-14, the Chiefs needed just one more first down to seal the game. Henne dropped back, and with no one open, scrambled in a mad dash towards the line to gain.

Henne was marked just shy of the first down, leaving the Chiefs with fourth-and-inches with the game on the line. Kansas City had two clear options â€” they could go for the first down and the win while risking leaving the Browns with a short field should they pick it up, or punt the ball away and challenge Cleveland to march the full length of the field for the win.

As the Chiefs offence lined up on the field, commentator Tony Romo, who in the past has shown a knack for predicting the future, was sure that Kansas City was bluffing. Romo assumed they were hoping to get the Browns to jump offsides but ready to call a timeout and punt if they failed to get a penalty.

Romo believed that the Chiefs were employing a strategy that many teams have been using in recent years, making a big show of pre-snap reads and shifts, hoping that their excitement would trick the defence into jumping and giving the Chiefs a free first down. If it didn’t work, they could call a timeout with no harm to their situation done.

“Walk up, pretend like you’re going to quarterback-sneak it, try to draw them offsides, and then take a timeout. You walk up there and say, ‘No play, everybody. Don’t jump.’ There’s no play. Just look at the body language.”

As if on cue, the Chiefs snapped the ball. Henne swung to his right and found wide receiver Tyreek Hill, who crossed the line to gain to pick up the first down and seal the win for Kansas City.

Romo, like the rest of us, was shocked by the gutsy call.

“Only Andy Reid gets in shotgun on fourth and an inch! And throws the ball!” Romo exclaimed from the booth. “There’s no way! He shocked everybody! That is impossible. I’ve never seen it!”

As it turns out, it appears that the Chiefs were banking on the Browns thinking like Romo. Fearing that they’d be fooled into a cheap offsides penalty, the Cleveland defence seemed extremely restrained in getting off the ball. When Henne called for the snap, that extra half-second helped Hill get open enough to pick up the first down.

Even without Patrick Mahomes, Andy Reid and the Kansas City Chiefs still had a few stunning plays left in them to win on Sunday.