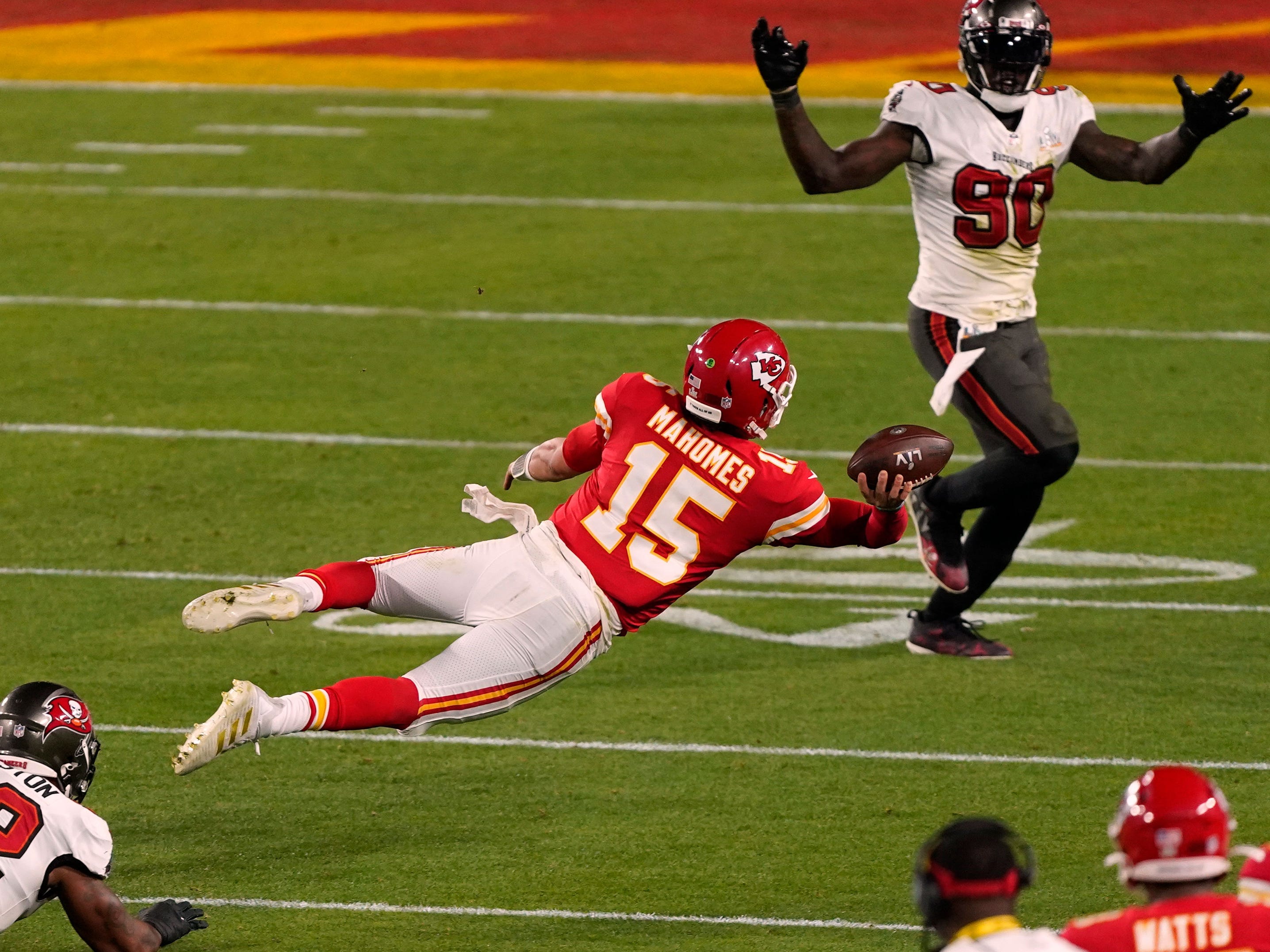 The Tampa Bay Buccaneers defence dominated the Kansas City Chiefs in the Super Bowl, holding Patrick Mahomes and the most dangerous offence in the NFL to just nine points in 60 minutes of action.

It was a team effort from the Buccaneers defence, with a combination of great pressure from the front four and solid downfield coverage leaving Mahomes with nowhere to run but back towards his own end zone.

Despite the constant pressure, Mahomes did what he could to spark the Chiefs offence, including throwing what is likely the greatest incompletion in the history of the NFL, laying out his body nearly parallel to the ground to launch a ball into the end zone.

While the Buccaneers defence was making Mahomes’ life miserable on the field, Tampa Bay wide receivers Mike Evans and Chris Godwin were watching from the sidelines in absolute awe of Mahomes’ talent.

In a video captured by NFL Films, Godwin is clearly in disbelief after some of Mahomes’ moves. “He’s a magician,” Godwin said of Mahomes miraculous incompletion. “I don’t know how he does that.”

For Godwin and Evans, it was likely easier to be enthralled with Mahomes’ play, knowing that their team was up by three scores in the second half of the Super Bowl.

Still, it’s nice to know that while we watch the jaw-dropping highlights Mahomes provides from home, those on the field are just as gobsmacked by his abilities.