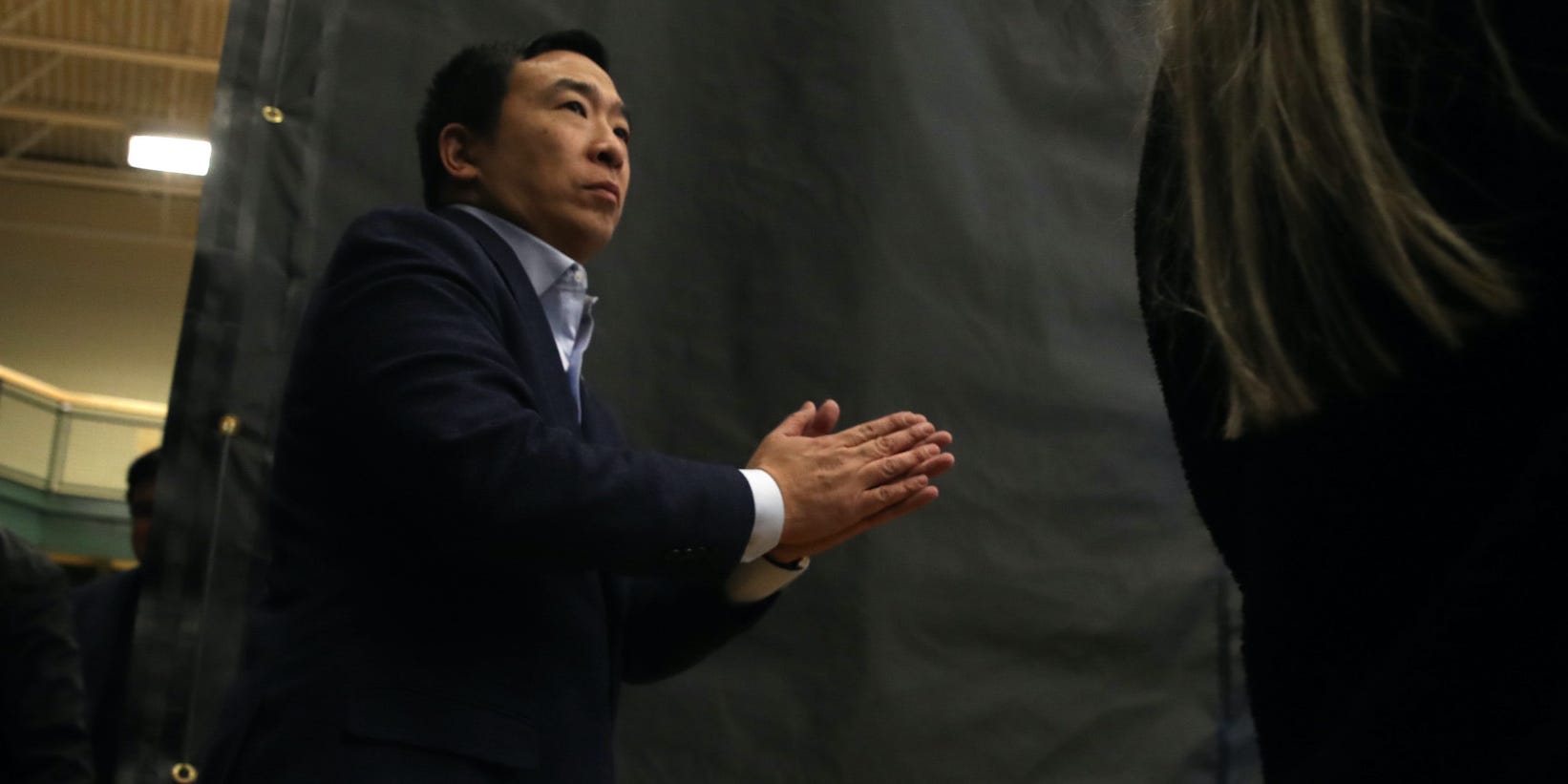 Yang, 46, enters the sprawling field of the Big Apple’s mayoral race as the candidate with the most national name recognition following his 2020 presidential bid.

In his campaign video, Yang sings the praises of New York, walking through the boroughs as he recounts the connections he and his wife, Evelyn, a Queens native, share in the city.

The son of Taiwanese immigrants, Yang grew up in the Upstate New York city of Schenectady before his family moved downstate to Somers, a Hudson Valley town about an hour north of Manhattan.

Yang recounts his desire to go to the city as much as possible growing up in the introduction of the video.

“New York City always felt like the centre of the universe,” Yang says. “I grew up an hour north and came into the city with my brother whenever I could.”

After touting his underdog presidential campaign built around universal basic income, Yang laments the diminished state of the city after more than 25,000 coronavirus deaths and a nose dive in tourism brought about by the pandemic.

“Seeing my city the way it is now breaks my heart,” Yang says.

Yang will face a significantly elevated level of media scrutiny compared to when he ran for president, with opponents already seizing on his decision to spend parts of the pandemic in New Paltz, a Hudson Valley college town where he bought a home five years ago.

In a statement to Insider earlier this week, Yang said he has been between the upstate home, his two-bedroom apartment in Manhattan, and on the campaign trail.

“Over the last year I’ve spent my time just about evenly across NYC, where my kids and special needs son are enrolled in school, upstate, so my kids could spend more time outside in the depths of the first wave, and in Georgia, where I’m proud to have worked day and night to elect my friends Reverend Warnock and Jon Ossoff to the Senate.”

The June 22 primary will be the first in the city’s history with ranked-choice voting. Voters will be able to pick their top five candidates in order, with the winner emerging from either an outright majority on the first count or the greatest number of votes after the field is whittled down in what’s known as an “instant runoff” system.

Two central components of Yang’s campaign will be his proposal for a “people’s bank” in New York along with “the largest basic income program in the country.” The direct payment program would offer families living in “extreme poverty with an average of $US2,000 per year,” according to Yang’s campaign website.

Yang also kept it light in his announcement video, saying he now supports the Brooklyn Nets after being a longtime supporter of the perennially mediocre New York Knicks.

“We’ll reopen intelligently to revive our incredible culture,” Yang says in his closing pitch. “Maybe we can even save the Knicks.”