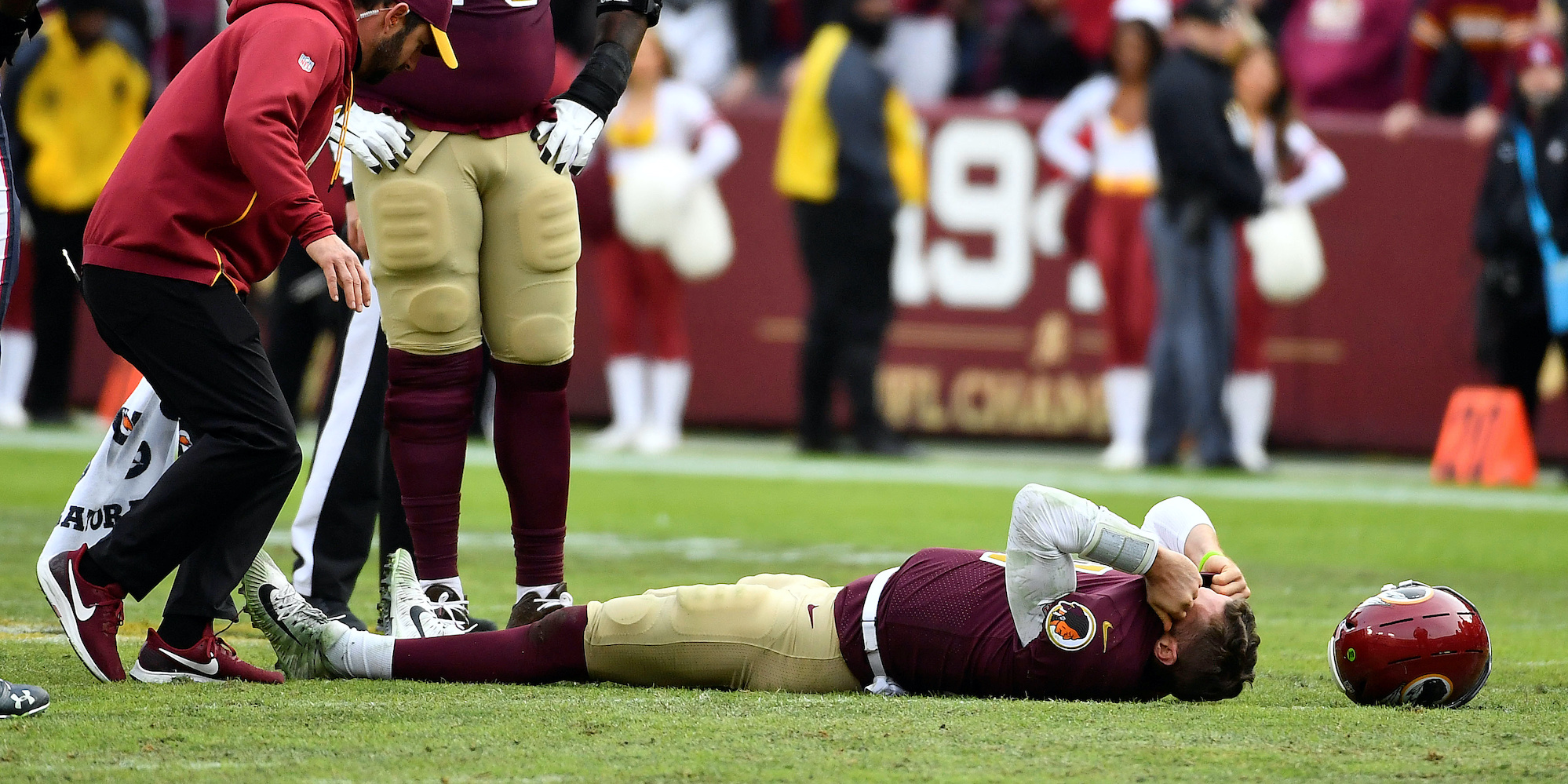 Reuters/USA TODAY SportSmith had 17 surgeries to save his leg after the horrific injury.

Washington Redskins quarterback Alex Smith has detailed the 17 gruesome surgeries that saved him from having to have his leg amputated after a horrific injury in 2018.

Smith, a former Number 1 draft pick, suffered a multiple fractures to his right tibia and fibula in November 2018 after being sacked by Kareem Jackson and J. J. Watt of the Houston Texans. Smith remained in hospital for nearly a month after the incident, undergoing 17 surgeries due to severe sepsis, according to the NFL’s official website.

Smith’s recovery is the subject of the latest instalment of ESPN’s E:60 show, which is set to debut on Friday. 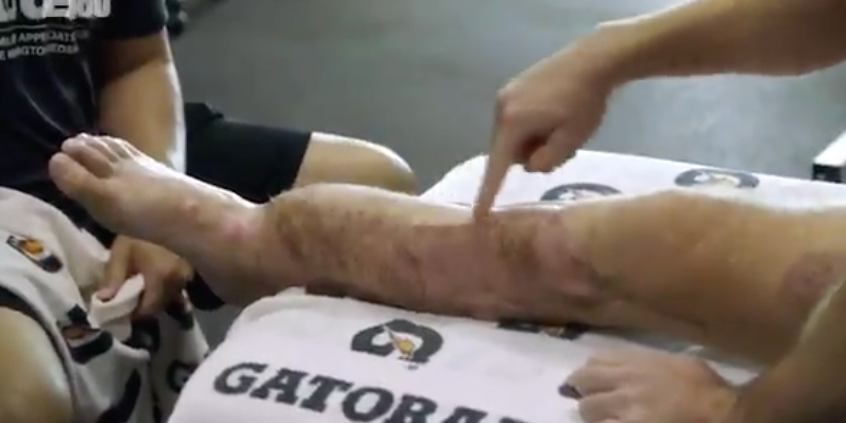 Screenshot/ESPNSmith’s leg almost had to be amputated, such was the severity of the break.

During a teaser released on Tuesday, the 35-year-old detailed some of his surgeries.

“The scars? Where to start?” Smith said. “This guy is where they took part of my quad, the vastus lateralis, and that’s what is down here.” Smith pointed to his shin. “This bulk is that muscle.”

When @Redskins QB Alex Smith broke his leg in 2018, no one thought it would take 17 surgeries to fix. Here’s a look at #Project11 pic.twitter.com/lwcj1l0fV6

“Most of these are skin grafts, and then I have the incision from where the rod went into my knee.” Pointing to a large scar on the side of his knee, Smith added: “This is where they were up searching for the infection.

“Hopefully it will look closer to [my left leg] once it’s all healed up.”

A horrific image of Smith’s leg just four days after his injury has also surfaced, which you can see here: (WARNING: The image is graphic and not for the squeamish.)

Smith, who joined the Redskins from the Kansas City Chiefs in 2018, says he is hoping to “get out there and play again” despite his horrific injuries, according to Sports Illustrated.

No. 1 pick Joe Burrow’s draft shirt was custom-made by Nike to honour his return to his home state of Ohio