The Alabama Crimson Tide won the 2021 College Football Playoff championship, and fans are partying like it’s, well, certainly not 2021.

After Nick Saban’s squad remained undefeated on the season by stomping the Ohio State Buckeyes 52-24 in the national championship game Monday night, hundreds of Crimson Tide fans swarmed the streets of Tuscaloosa â€” the college town that the University of Alabama calls home â€” to celebrate the victory. The Alabama faithful â€” cameras caught many without masks â€” were jam-packed between the buildings in a scene that could only be described as a COVID-19 disaster.

“It was in a situation where people were crowded together and were not wearing masks,” Fauci said shortly after the October event, per Axios. “The better part of the recommendation would be, everybody should wear a mask, literally, universally.”

Monday night’s impromptu gathering in Alabama appears to be far more dangerous. According to The New York Times, the state has already seen a whopping 30% increase in COVID-19 cases and a 45% increase in related deaths over the past 14 days. And when it comes to the University of Alabama specifically, the publication reports that the school is home to the worst COVID-19 cluster in the state with 3,361 confirmed cases since March. 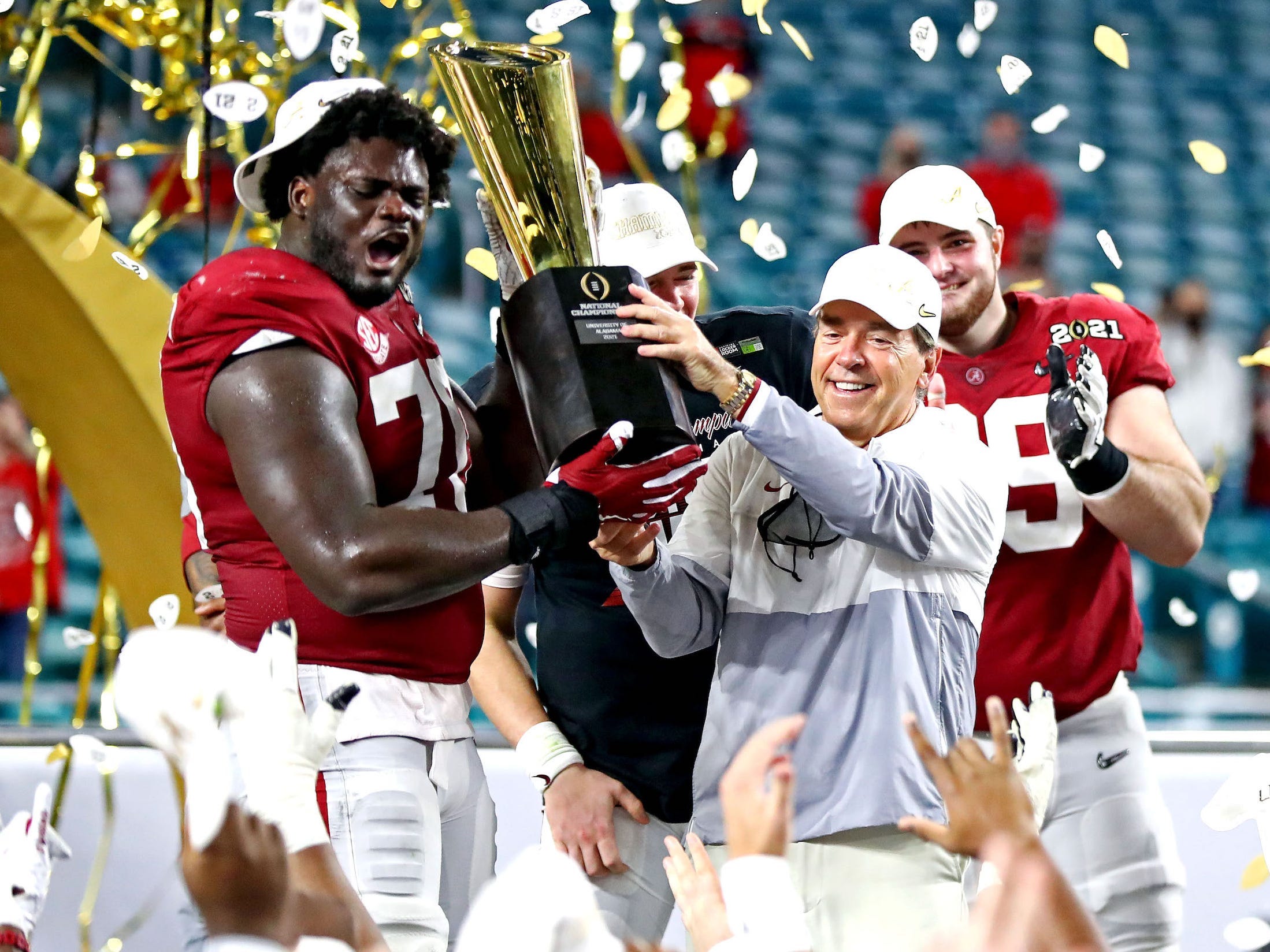 It’s all but a sure thing that the University will see an outbreak traced back to the national championship celebrations in Tuscaloosa, putting society’s most vulnerable at risk all for a hearty “Roll Tide.”

Check out the video of the nightmarish scene below: