THEN AND NOW: The cast of 'Victorious' 10 years later When the first episode of Nickelodeon’s “Victorious” premiered in March 2010, it drew in millions of viewers and became one of the network’s most popular sitcoms. “Victorious” arrived at a time when sitcoms like “iCarly” and music-focused movies like “High School Musical” were popular among fans.

From 2010 to 2013, “Victorious” provided fans with musical numbers, sneaky innuendos, and a new generation of young stars that included Victoria Justice and Ariana Grande.

Keep reading to find out what the cast of “Victorious” has been up to since the show came out 10 years ago. 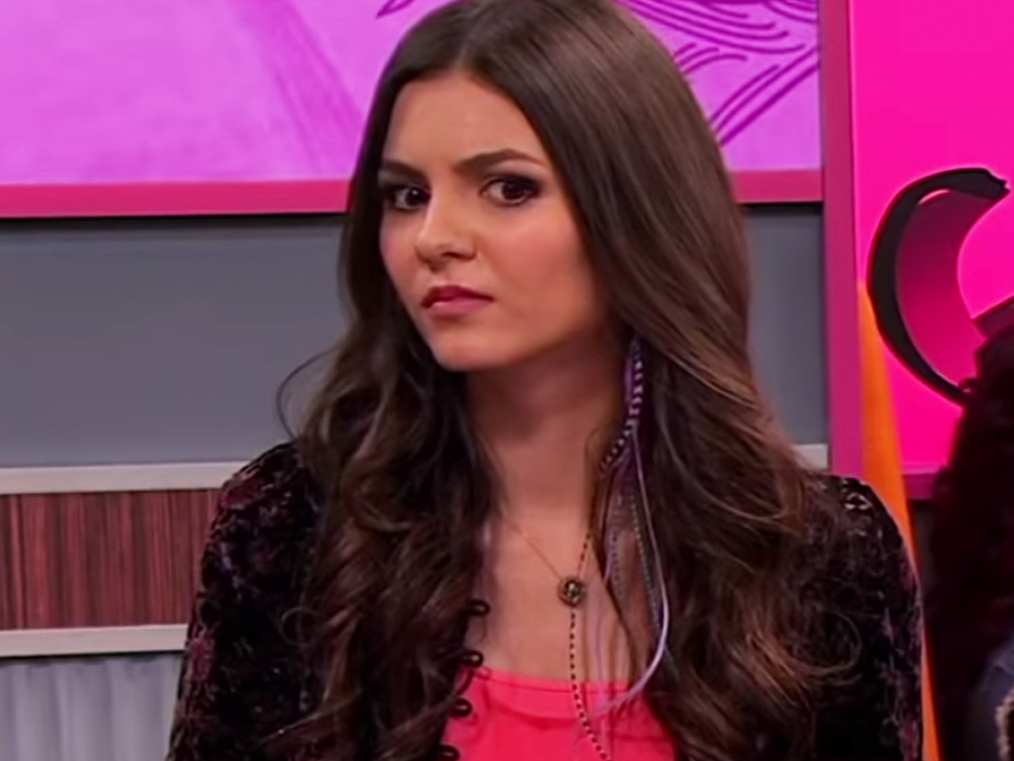 Tori got into Hollywood Arts High School after taking her sister’s spot at an important showcase and proving her singing ability with the track “Make It Shine.”

Since “Victorious” ended, Justice has starred in movies and TV shows. She starred in the 2015 scripted MTV thriller “Eye Candy” and played Janet Weiss in the TV remake of “The Rocky Horror Picture Show” the following year. The 26-year-old has also guest-starred on “Man With a Plan,” “Queen America,” and “American Housewife.”

Justice is also a frequent attendee at New York Fashion Week. And in 2016, she told Huffington Post that she’s down for a “Victorious” reunion.

In 2019, the actress starred alongside “To All the Boys I’ve Loved Before” actress Lana Condor in the coming-of-age movie “Summer Night.”

André Harris — a talented singer, songwriter, and pianist — was portrayed by Leon Thomas. 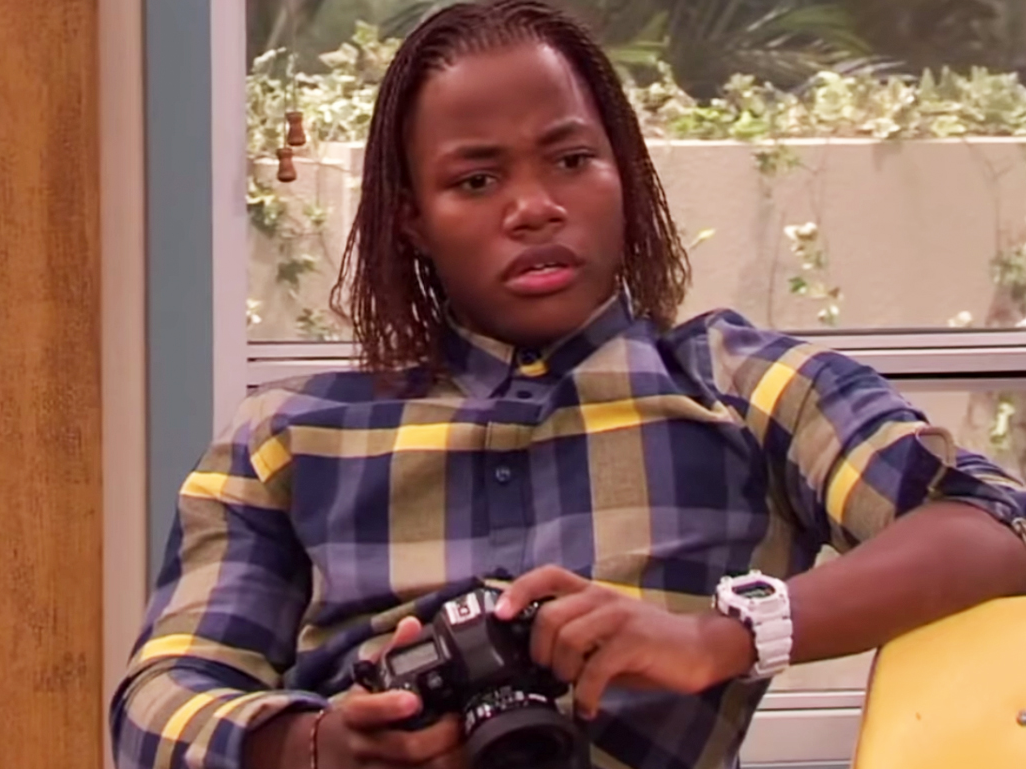 He was the first friend that Tori made at Hollywood Arts and convinced her to stay after she had a rough first day. 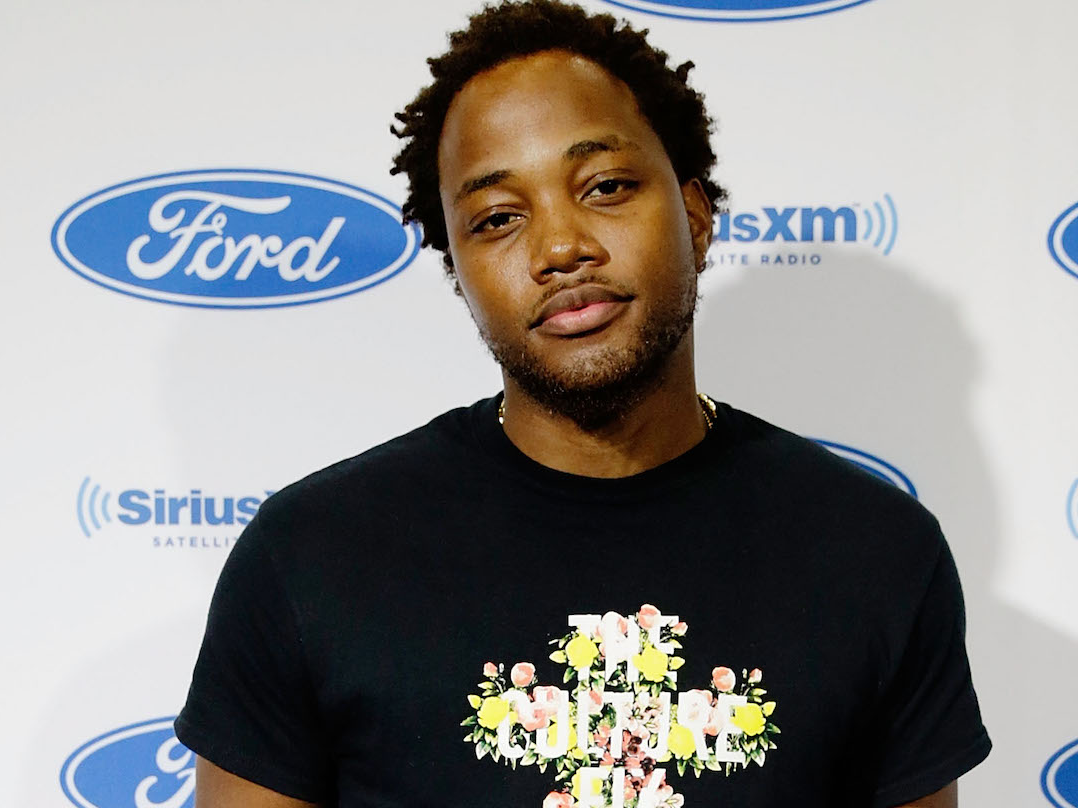 In 2013, Thomas released the track “Hello How Are You,” which featured rapper Wiz Khalifa. He also helped produce and write songs for Grande’s debut album, “Yours Truly.” Thomas also worked with Post Malone on his 2016 album “Stoney” and teased a collaboration of some sort with Fifth Harmony’s Lauren Jauregui.

On the acting side, Thomas appeared as Darryl in the Kathryn Bigelow drama “Detroit.” You might have also seen him on season two of the Golden Globe-nominated show “Insecure.”

Ariana Grande starred as Cat Valentine, the most cheerful and optimistic person in her group of friends. 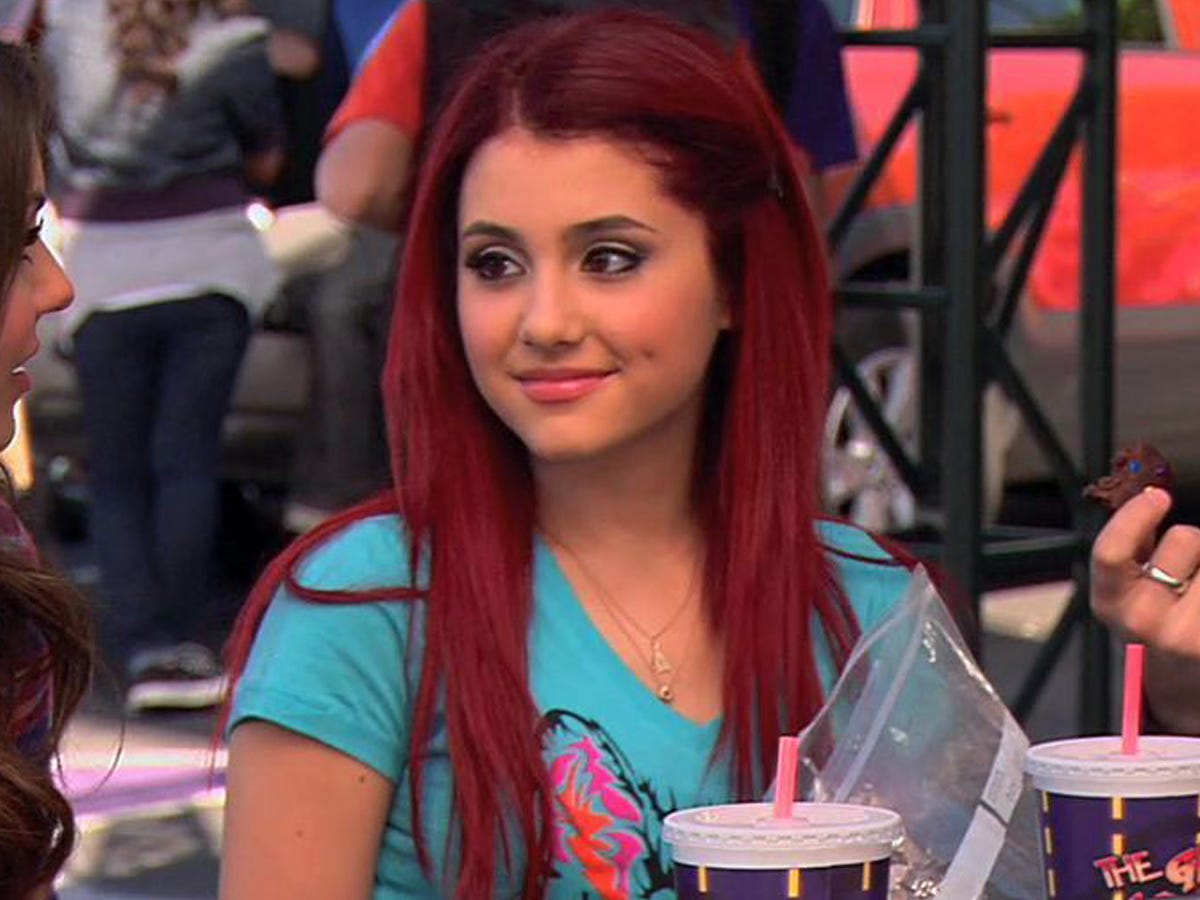 André called her “Little Red,” because of her hair colour and figure. 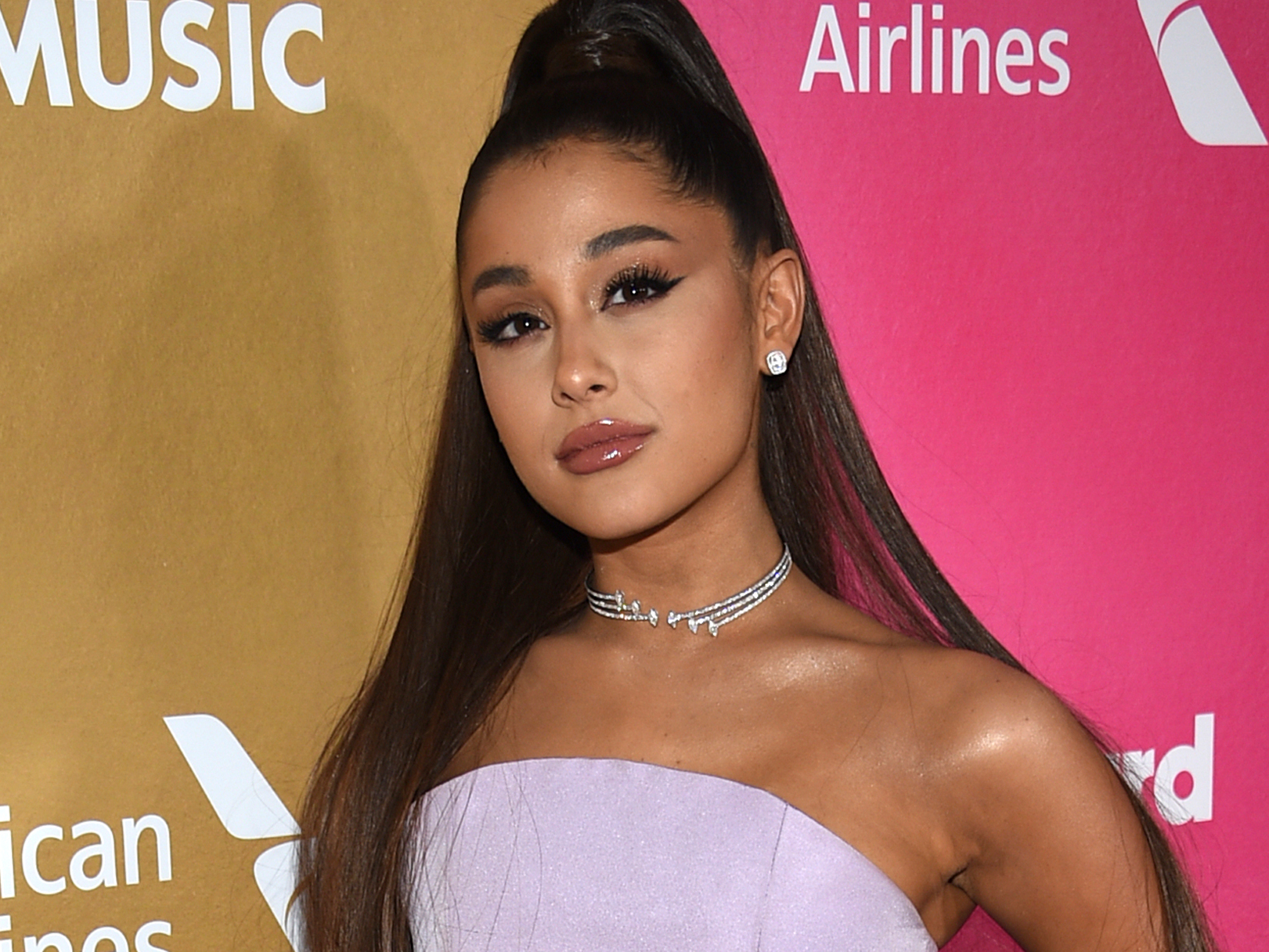 2013 was the year that “Victorious” ended, and it’s also the same time that Grande landed her own spin-off, called “Sam and Cat.” The actress costarred on the short-lived series with “iCarly” actress Jennette McCurdy. She also played Chanel No. 2 on Fox’s “Scream Queens” and Penny Pingleton in NBC’s “Hairspray Live!”

Grande released her first album, “Yours Truly,” in 2013. The album featured hit songs “The Way” (which featured Mac Miller), “Baby I,” and “Right There” (with Big Sean).

Since “Yours Truly,” the singer has put out four albums: “My Everything,” “Dangerous Woman,” “Sweetener,” and “Thank U, Next.” Though each one has been critically praised, her most recent album has achieved more success than her past projects.

“Thank U, Next” was released in February 2019, less than six months after “Sweetener.” The album’s most popular songs were inspired by the singer’s friendships and romantic relationships, while also driving home messages of empowerment.

The music video for “Thank U, Next,” which featured nods to iconic, female-led films, accumulated more than 50 million views within 24 hours on YouTube and became the biggest debut in the platform’s history.

Grande continues to break records. She reigns as the first female artist to have three albums with more than two billion streams in Spotify history (with “My Everything,” “Dangerous Woman,” and “Thank U, Next”) and was named Spotify’smost-streamed female artist in 2018.

In February 2019, Grande won her first Grammy for best pop vocal album for “Sweetener.” She also performed across the globe as part of her Sweetener World Tour.

To add, Grande was namedSpotify’s most-streamed female artist of the 2010s. 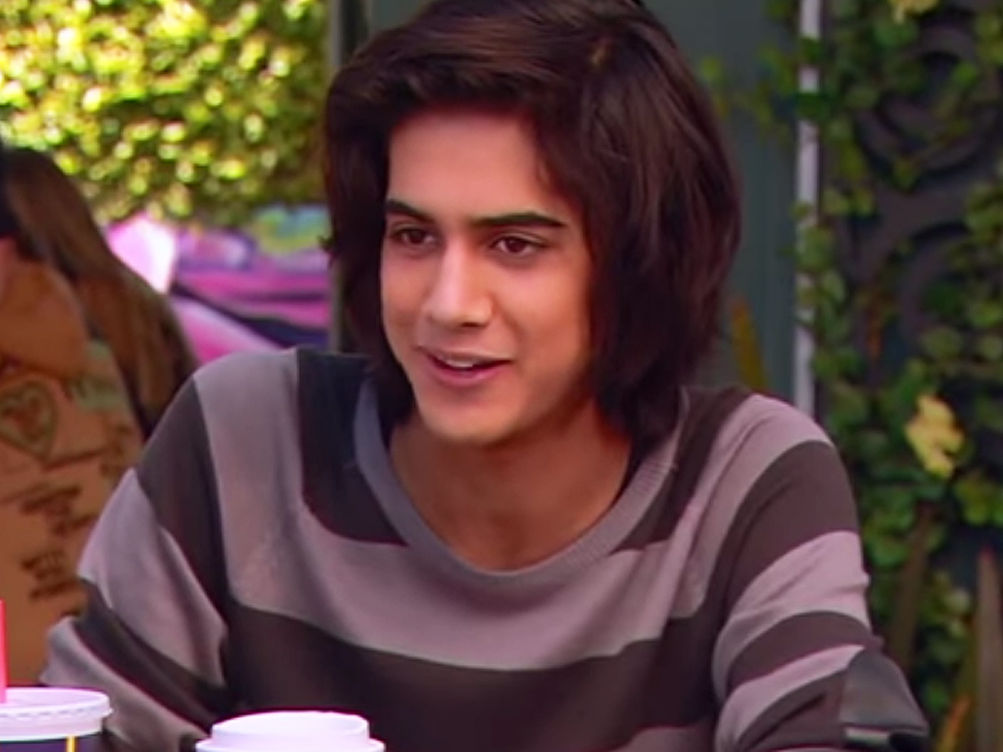 He was in an on-again, off-again relationship with Jade.

Jogia starred in the 2019 “Zombieland” sequel and released a book of poetry. 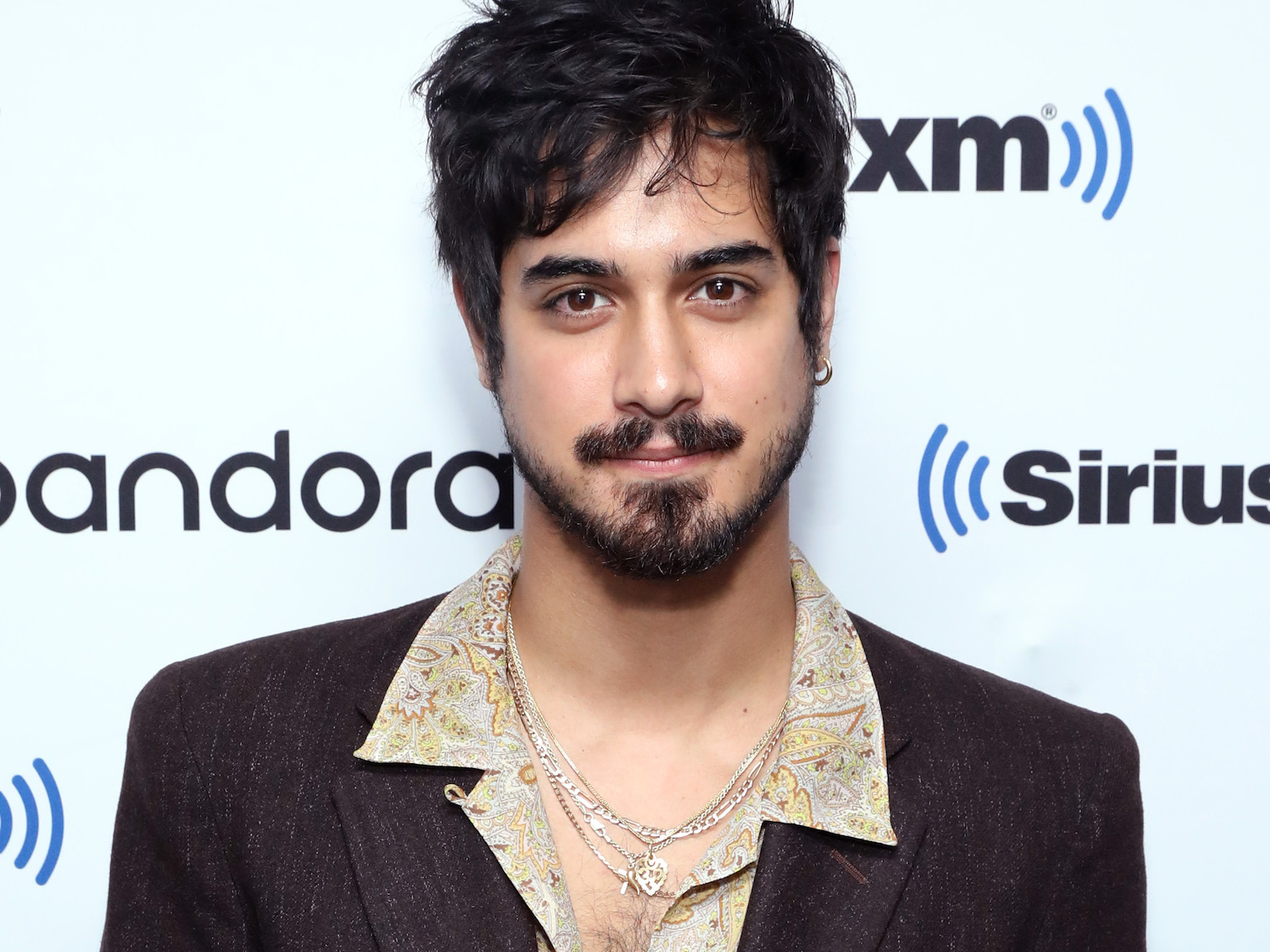 The book, released in October 2019, is titled “Mixed Feelings: Poems and Stories.”

In addition to interviewing people of mixed race for the book, Jogia told Teen Vogue that he included “a bunch of poems that I wrote about my own family, my own family background, my own identity, my own struggles with my own mixed identity.”

In 2017, he costarred in the movie “The Outcasts” with Justice. He’s on board for a reunion with his “Victorious” costars, too.

“It was like college,” Jogia told People of filming the Nickelodeon show. “All those people are my loved ones. We grew up together and we got to experience LA for the first time together and go through adult stuff.”

Jogia’s other acting credits include the Starz sci-fi comedy series “Now Apocalypse,” the mini-series ‘Tut” (based on the life of King Tutankhamun), the Syfy show “Ghost Wars,” and “Shaft” (the latest film in a franchise that began in the ’70s) with Samuel L. Jackson.

Outside of acting, the 28-year-old star walked the runway at Dolce & Gabbana’s June 2017 show that was held during Milan Men’s Fashion Week. 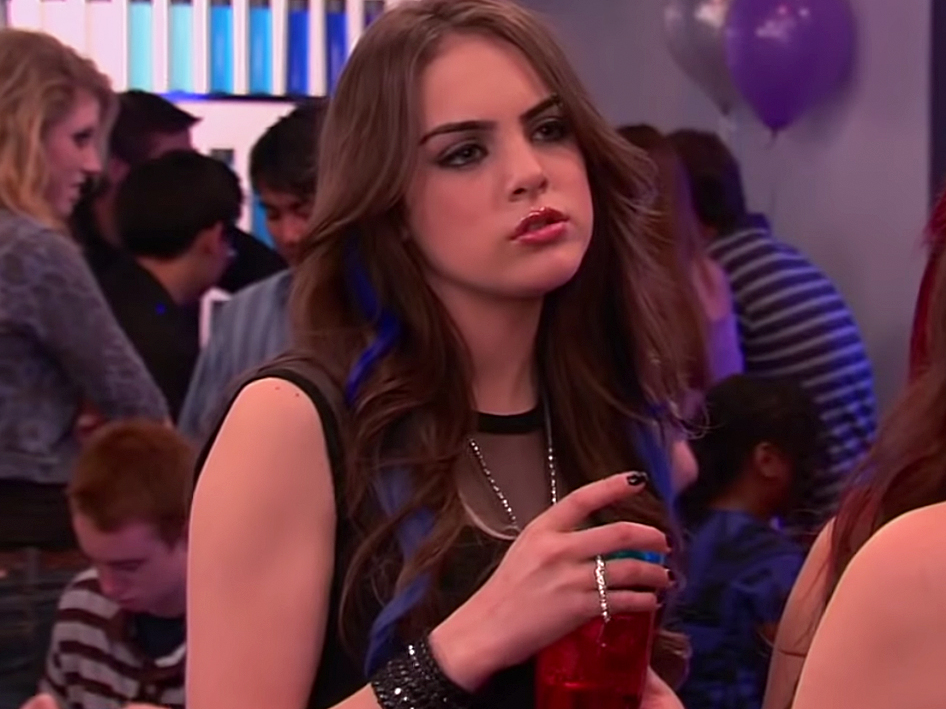 When Jade and Tori first met, they didn’t get along too well. For most of the show, they were frenemies.

Gillies stars as clever and fashionable Fallon Carrington on The CW’s “Dynasty” reboot. 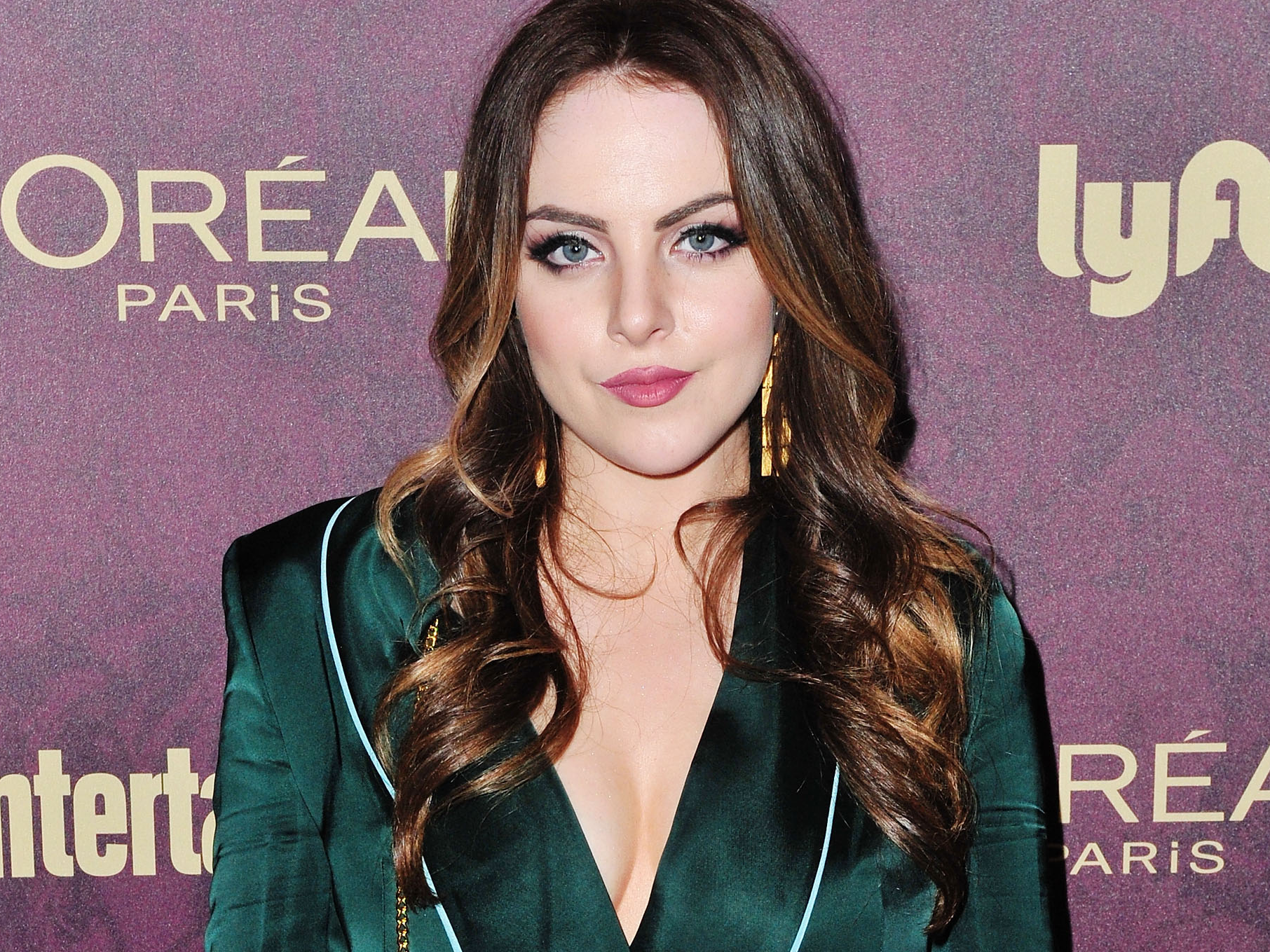 Similar to the original series of the same name, “Dynasty” (which premiered in 2017) is packed with family drama, stylish outfits, and shocking moments. The show is now in its third season and got renewed for a fourth season.

Gillies is also close friends with Grande, who she met while in the Broadway musical “13,” and most recently starred in the singer’s music video for “Thank U, Next.” Gillies appeared in the scenes that were inspired by “Mean Girls” and closely resembled Cady Heron (portrayed by Lindsay Lohan in the movie). 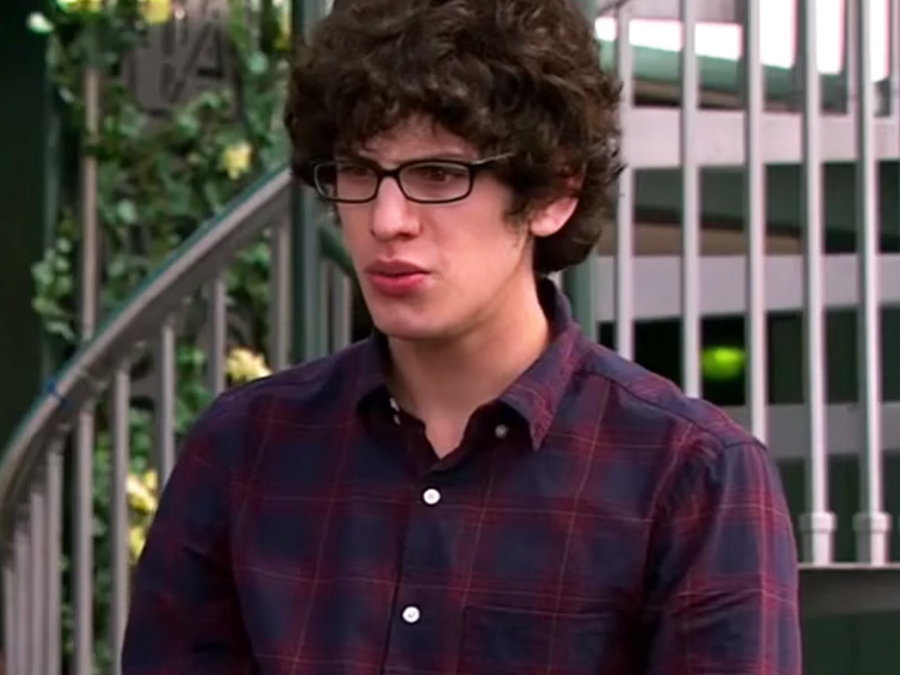 He was hardly seen without Rex, his ventriloquist dummy.

Matt Bennett recently had a recurring role as Gavin Landers on season two of “American Vandal.” 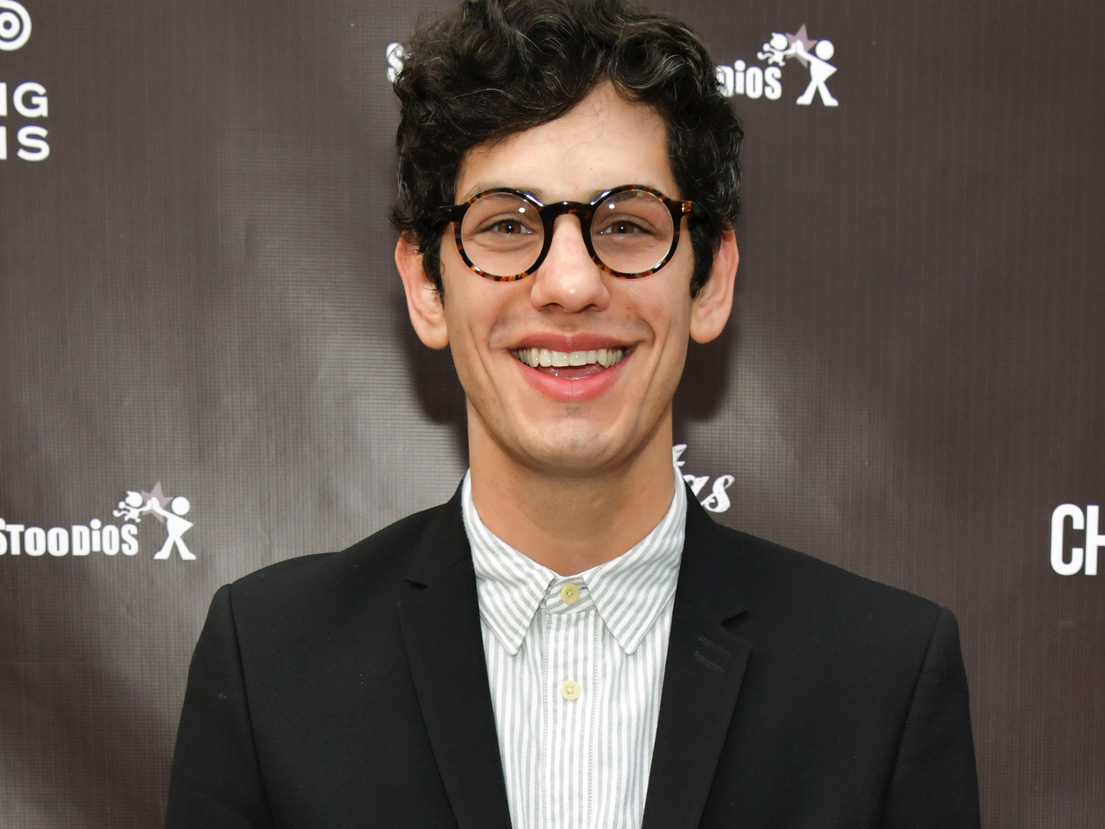 The 28-year-old also joined Grande in her “Thank U, Next” music video and the two stars recreated the classic bathroom scene from “Bring It On.” Fans will also recall that he played Grande’s love interest in her 2015 music video for “One Last Time.” Bennett also sang a medley of her tracks during a performance in January 2019.

He released his own album, titled “Terminal Cases,” in 2016.

In addition, Bennett has guest-starred on several popular TV shows over the years, including “Shameless,” “The Big Bang Theory,” and “Grey’s Anatomy.”

He also reunited with some of his “Victorious” costars at a Halloween party hosted by Grande in 2019. 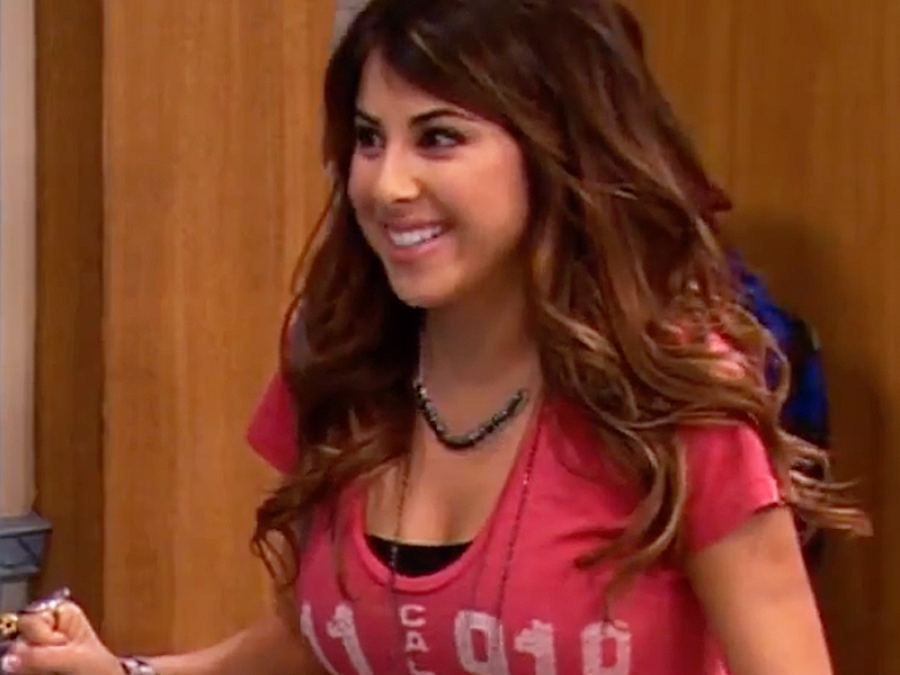 Trina believed that she was talented and had the makings of a star, but some of her peers disagreed.

Monet played a cheerleader in Grande’s “Thank U, Next” music video. 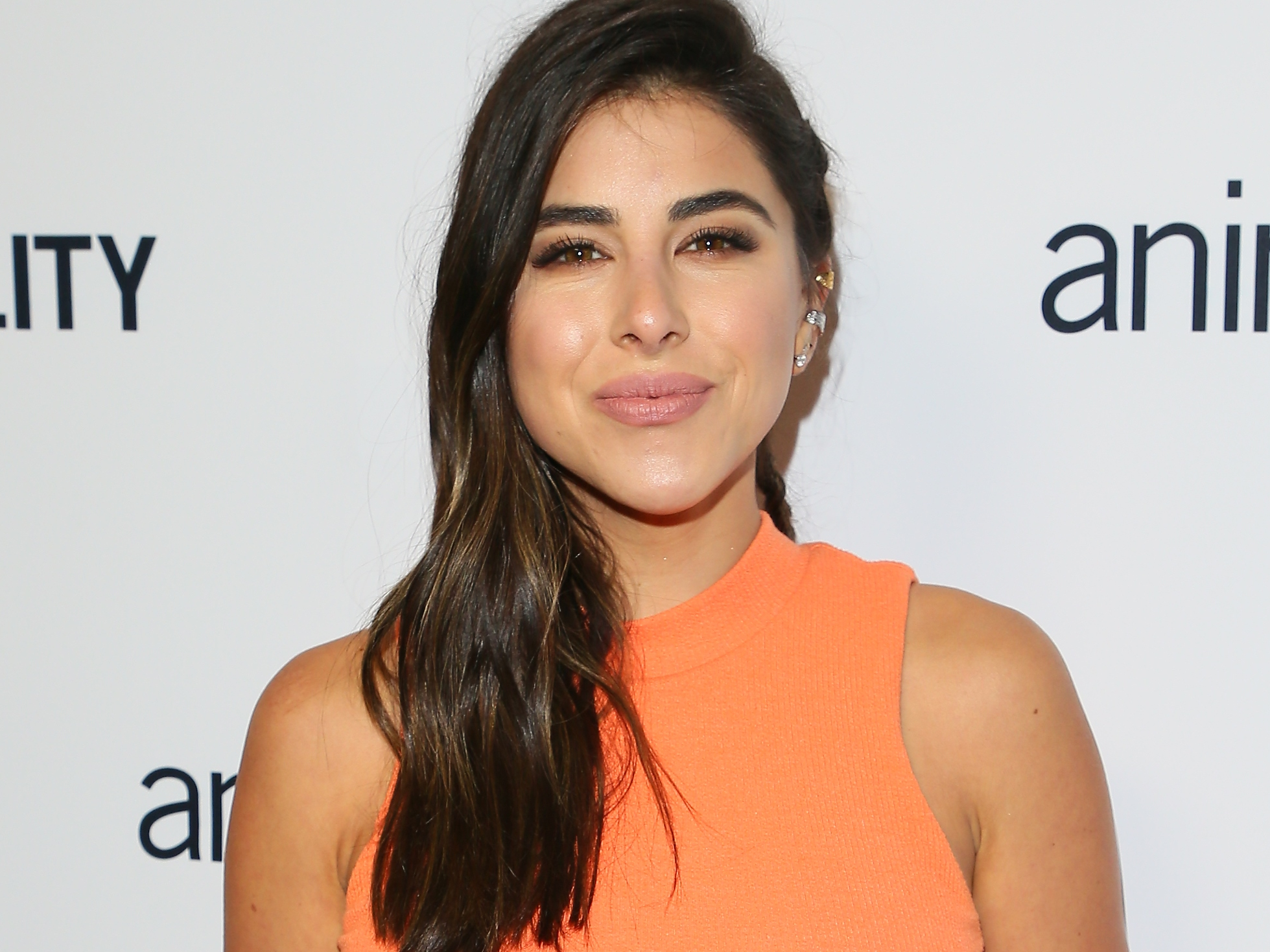 In addition, she starred as Tootie in the 2014 movie “A Fairly Odd Summer” with fellow Nickelodeon alum Drake Bell. She also hosted the network’s competition show, called “Paradise Run,” from 2016 to 2018.

The 31-year-old actress is vegan and an outspoken supporter of animal rights. With her website and YouTube channel, Monet shares healthy recipes, beauty tips, and fitness routines.

In December 2017, Monet revealed that she got engaged to her boyfriend of more than five years, Andrew Gardner. The couple welcomed their first child together in September 2019. 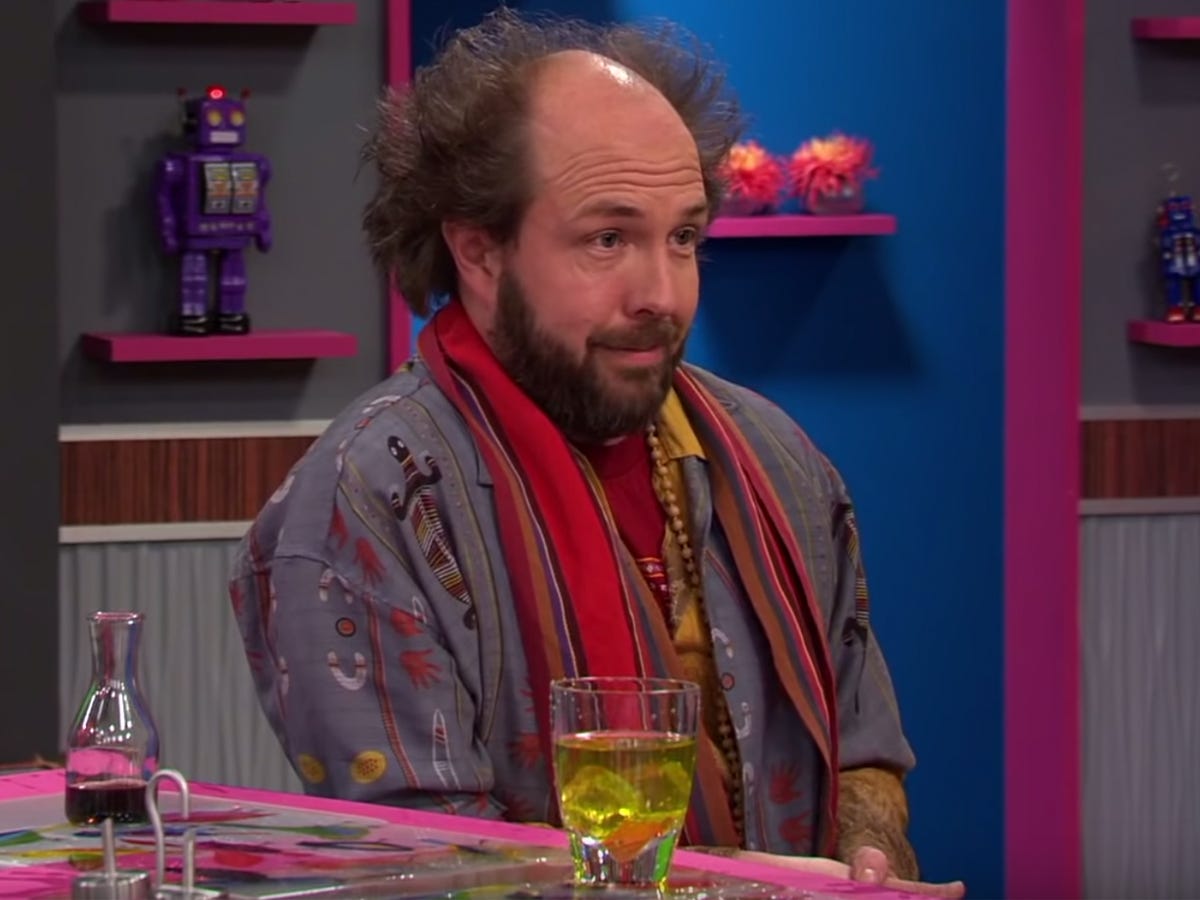 He constantly presented his students with new and odd challenges to improve their acting. Lange also starred on the Showtime mini-series “Escape at Dannemora.” The Golden Globe-nominated drama was based on a true story about a 2015 prison break in New York and also starred Benicio Del Toro, Patricia Arquette, and Paul Dano.

Lange also starred on “The Man in the High Castle.”

Prior to “Escape at Dannemora,” Lange appeared as CIA chief Bill Stechner on seasons two and three of Netflix’s “Narcos.”