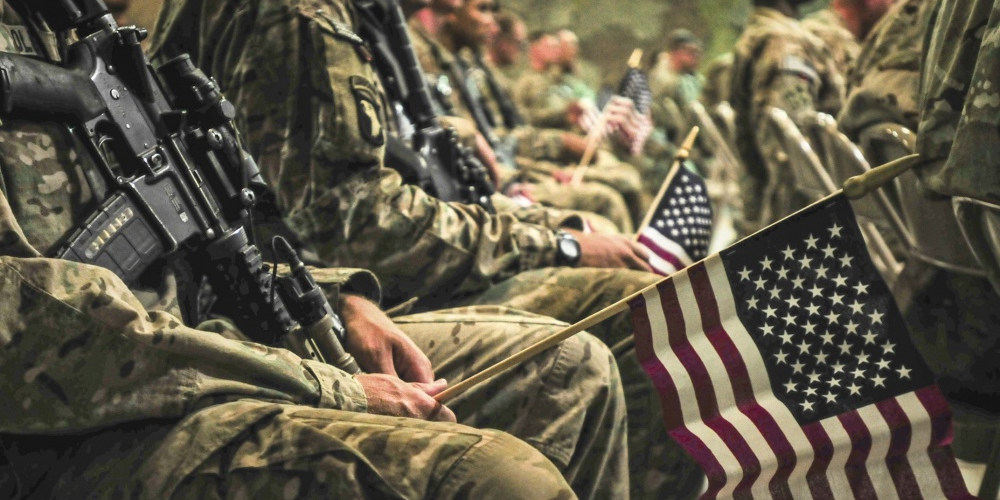 More than 100 US service members have been diagnosed with mild traumatic brain injuries following an Iranian attack on US forces in Iraq, injuries President Donald Trump has repeatedly downplayed as “not very serious.”

“There’s nothing mild about a brain injury,” Michael Kaplen, a brain-injury lawyer and a lecturer at The George Washington University Law School, told Insider recently, explaining that the term “trivialises a very serious and significant injury.”

The word “mild” has “become misused to characterise what a brain injury is in terms of its consequences,” he added.

‘I wake up with headaches every morning’

As an infantryman in the Vermont Army National Guard, Ryan Britch deployed in 2009 to Paktia, an area in Afghanistan along the border with Pakistan, where he suffered a mild traumatic brain injury in combat.

“I had a couple of close calls, I’d say three in particular that I had either [rocket-propelled grenades] or mortars land within 5 to 10 meters of me” Britch, who left the National Guard as a sergeant, told Insider on Thursday. “I think that last one was probably the one that did it.”

“I never lost consciousness,” Britch said, “but after the adrenaline went away, I had a massive headache. I was dizzy. I had concentration issues. I was irritable. I came back home to the States, and I didn’t really think anything was wrong until I was grocery shopping one day and I got unbelievably dizzy and fell down.”

Realising something was off, he went to get it checked out. It took more than a year before his condition was finally diagnosed as a mild TBI. 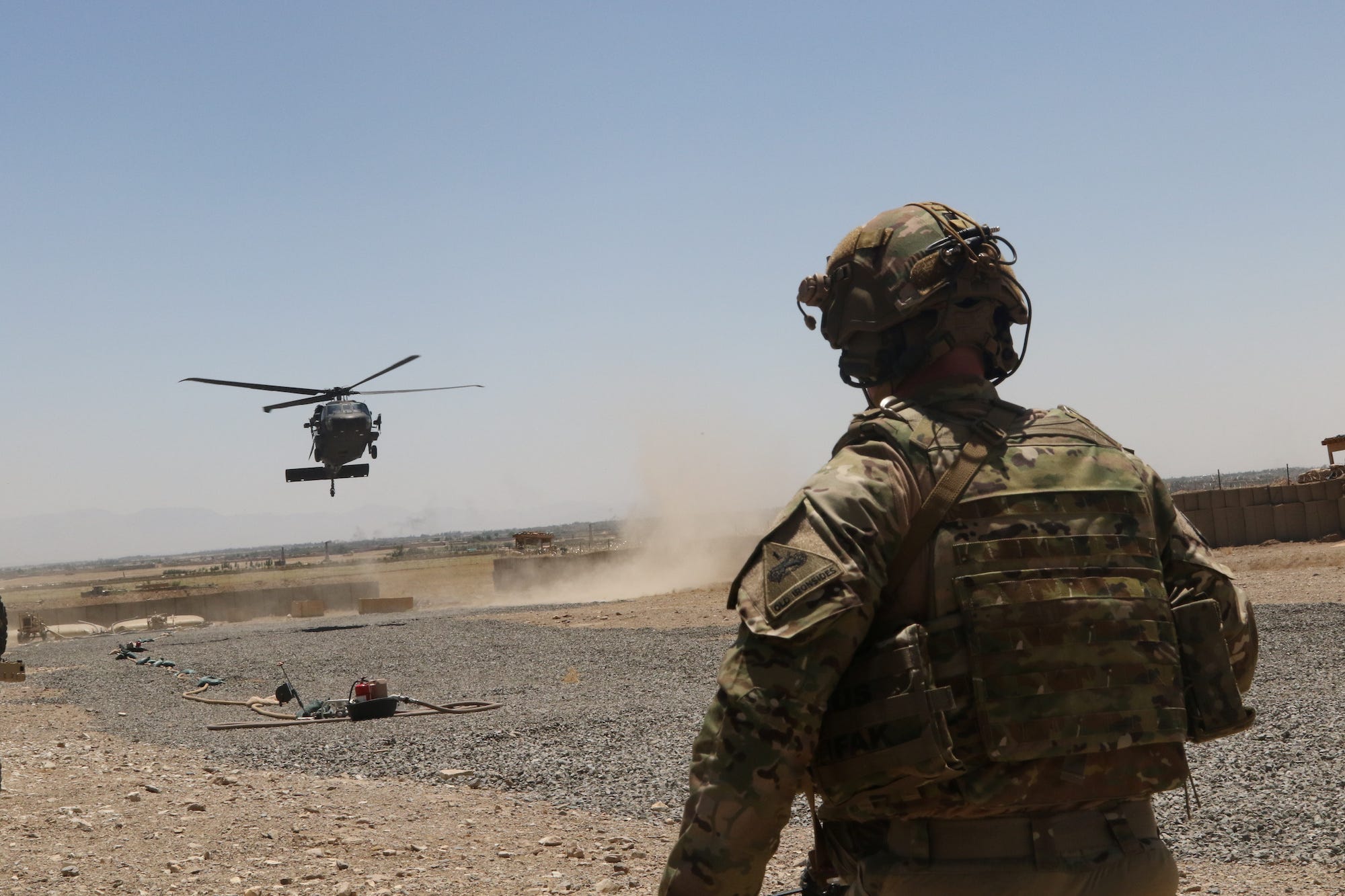 “It was actually quite a frustrating experience,” Britch told Insider, saying that a lot of care providers “told me I was making up the symptoms or that they weren’t happening or that I was just hungover.”

He continued: “You can imagine the frustration of having legitimate symptoms and being dismissed, denied, being told that I am making the symptoms up.”

“It was definitely a long road of trying to find somebody who was receptive and understood and accurately diagnosed my symptoms.”

During that time, Britch was a student struggling to make it through college with the injury he suffered in Afghanistan. “My first four semesters in college were just a complete disaster,” he said. “I couldn’t focus on my work.”

It’s been 10 years since Britch was injured in combat.

“I wake up with headaches every morning. It kind of feels like I’m hungover,” Britch said, adding that he woke up “unbelievably groggy” with “terrible headaches” and “concentration issues.” He said he also still got dizzy spells from time to time.

TBIs are a kind of common war wound, but this type of invisible injury is still not very well understood.

Brain injuries can become chronic conditions that require long-term support for the affected person, who may experience more severe control, language, concentration, memory, and behavioural problems over time, especially if the injury is not addressed.

Depression is not an uncommon side effect of a brain injury, and, as Kaplen told Insider, “people suffering the long-term consequences of a brain injury have much greater rates of suicide,” which is already a problem for the veteran community.

Navy SEAL Ryan Larkin died by suicide in 2017 after four combat tours, during which he suffered a brain injury that went undiagnosed and untreated. He died surrounded by his service medals.

Larkin, an operator and explosives breacher, suffered severe brain damage as a result of blast exposure, medical professionals determined after his death.

‘That is going to discourage a lot of people’ AP Photo/Qassim Abdul-ZahraUS soldiers near their residence area that was destroyed by Iranian missiles at Ain al-Asad air base in Iraq on January 13.

Responding to a US drone strike that killed a top Iranian general, Tehran launched more than a dozen ballistic missiles with 1,000- to 2,000-pound warheads at US forces in Iraq on January 8.

Immediately afterward, Trump announced that “no Americans were harmed,” but about a week later the US military revealed that there were, in fact, injuries.

Shortly after the Pentagon began reporting that troops in Iraq were found to have TBIs following the Iranian missile attack, Trump downplayed their severity.

“I heard that they had headaches and a couple of other things, but I would say and I can report that it’s not very serious,” he told reporters late last month. “I don’t consider them very serious injuries relative to other injuries that I’ve seen.”

“It is difficult to put into words the impact that your statement had on me and my family today,” Frank Larkin wrote in a letter to the president on January 22.

“It was a hard hit to the gut,” he wrote, calling Trump’s words “an undeserved punch felt by every person suffering from a TBI, their shattered families, and supporting communities who struggle everyday with the consequences of insidious brain injuries.”

In an interview earlier this week, as the number of injured American service members rose to 109, the president told Fox Business that he heard “about people having to do with trauma, head trauma.”

“That exists,” Trump continued, “but it’s, you know, I viewed it a little bit differently than most, and I won’t be changing my mind on that.”

“The commander in chief has a lot of prominence,” he added. “If somebody in that high of an office is dismissing this and saying that it’s not a serious injury and that he’s not going to change his mind, then I think that is going to discourage a lot of people from getting treatment.”

Britch is an associate at Iraq and Afghanistan Veterans of America, a large nonpartisan veterans advocacy organisation with more than 425,000 members and dedicated to supporting veterans issues, including traumatic brain injuries.

Another veterans group, the Veterans of Foreign Wars, said in a statement in January that it “expects an apology from the president to our service men and women for his misguided remarks.”