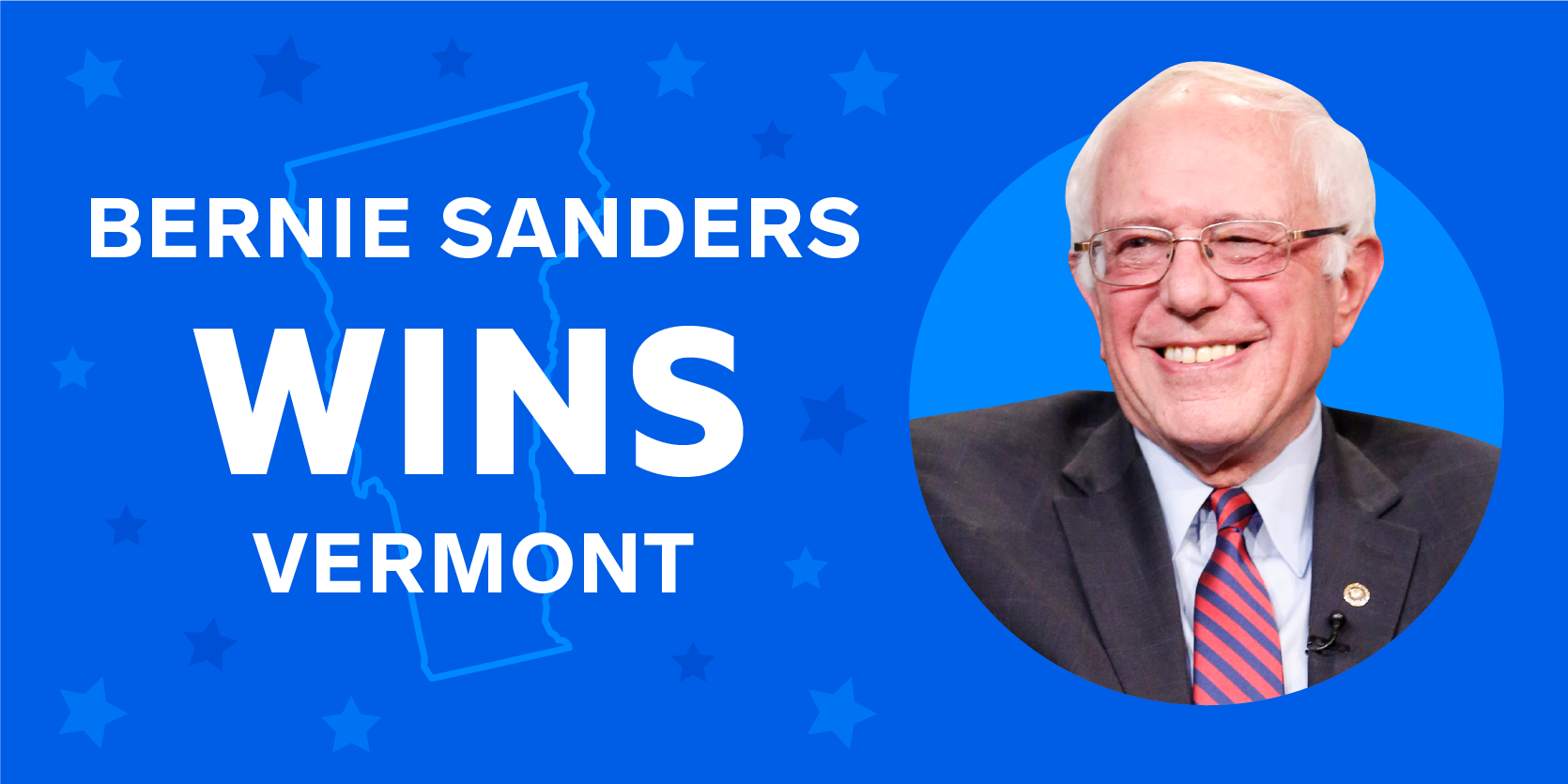 Sen. Bernie Sanders of Vermont has won his home state, taking close to 50% of the vote in the Vermont primary, according to Decision Desk HQ and Insider.

Vermont was hosting one of the 16 Democratic party primaries and caucuses on Super Tuesday. Polls closed at 7 p.m. ET, with 16 pledged delegates up for grabs.

With more than half of the vote in, Sanders had taken 50% of the votes in his home state. Former Vice President Joe Biden sat at just over 23%, meaning he was also poised to take delegates in the state.

The news is hardly a shock, as Sanders was the heavy favourite to take his home state from the moment he entered the race. That said, he won’t get a clean sweep of the state’s delegates, as Biden cleared the 15% threshold both statewide and in numerous congressional districts.

Vermont was the first state Sanders won on Super Tuesday, with wins coming in Colorado and Utah later in the evening.

It was a key win for Sanders, with Biden putting up an impressive showing across Southern Super Tuesday states.

Vermont has been allocated 16 pledged delegates who will go to the Democratic National Convention in Milwaukee this July to select the nominee. Of those 16, five delegates will be allocated proportionally based on the state-wide vote, while the remaining 11 will be won at the congressional district level. 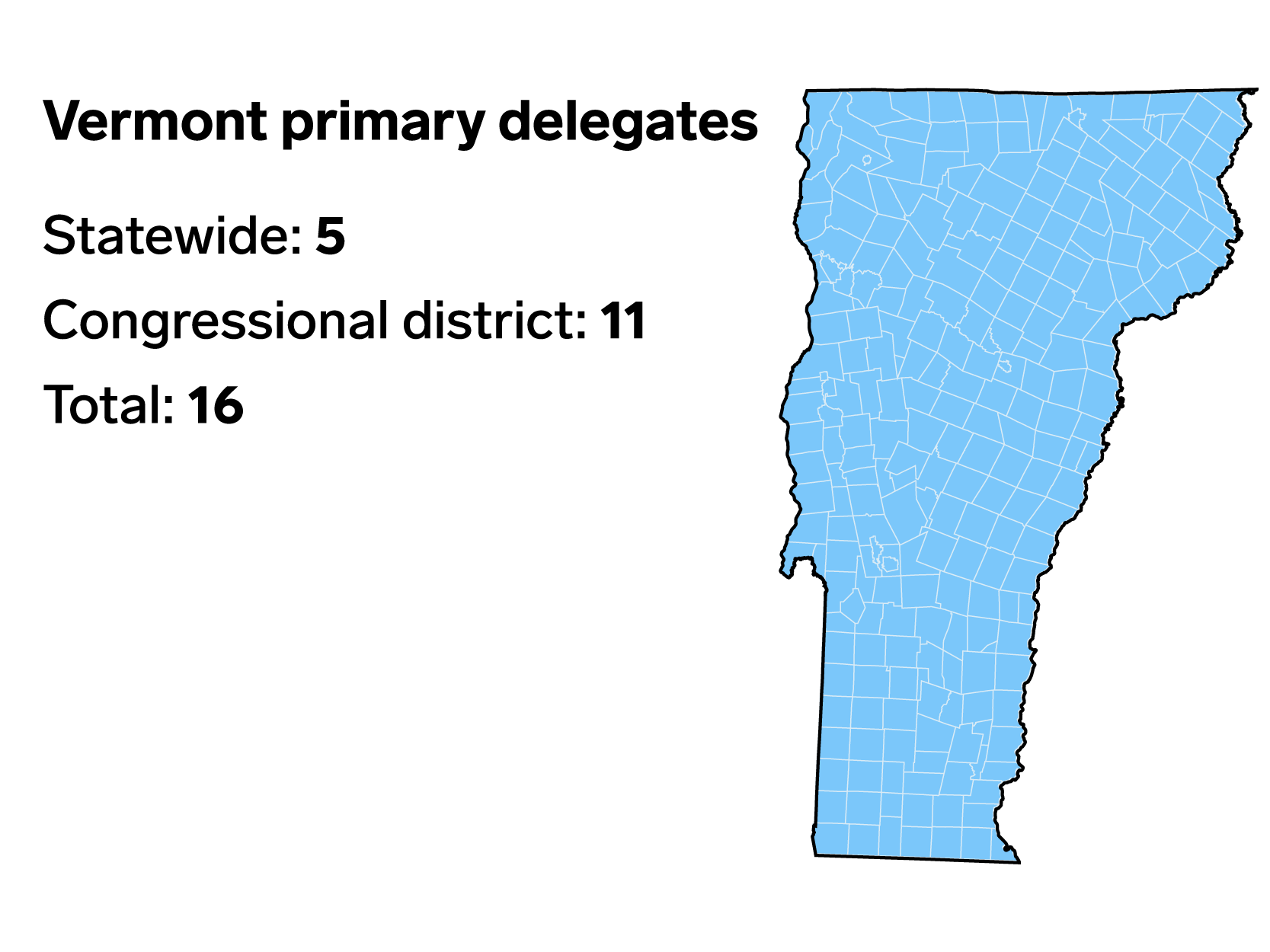 Candidates must reach a 15% threshold to win delegates at both the statewide and congressional-district levels.

Hometown Sen. Bernie Sanders of Vermont was expected to run away with the Vermont primary.

Polling in the state was thin, with RealClearPolitics citing only one poll of 332 likely voters ahead of the Vermont primary.

That poll, from Vermont Public Radio, showed Sanders leading the field with 51% support in his home state. The closest candidate behind Sanders was former Mayor Pete Buttigieg of South Bend, Indiana, who was polling at 13% but has since dropped out of the race. In third was Sen. Elizabeth Warren of Massachusetts, who at 9% was the only other candidate remotely close to reaching the 15% threshold necessary to win delegates.

FiveThirtyEight’s election forecast gave Sanders a greater-than-99% chance to win the Vermont primary, with Warren again his closest challenger. In 80% of their simulations, FiveThirtyEight projected Sanders to win 50% to 75% of the vote.

While Sanders was widely expected to win Vermont, the race has changed drastically in just the past few days, meaning a shakeup is possible in the order of candidates below him. After Biden’s strong showing in the South Carolina primary, three candidates – Buttigieg, Sen. Amy Klobuchar of Minnesota, and the businessman Tom Steyer – have dropped out of the race. Klobuchar and Buttigieg went on to endorse Biden at a rally in Texas on Monday night, which could swing some of the voters they were projected by Vermont Public Radio to take in the state in former vice president’s favour.