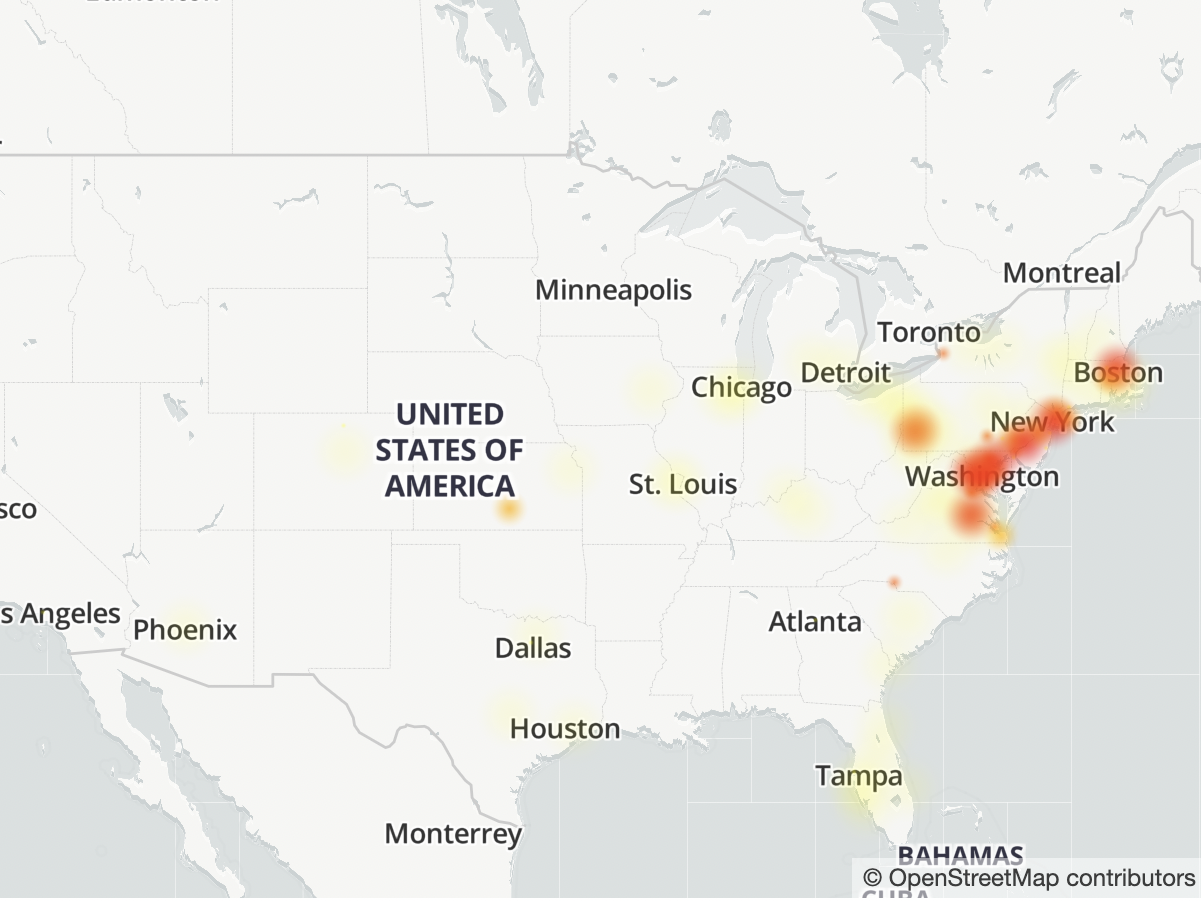 Screenshot from Down Detector data.Verizon outages in the US.

Verizon has confirmed that Tuesday’s Fios outage was caused by a “software issue.”

A Verizon spokesperson told Insider that the disruption was “the result of a software issue triggered during routine network management activities.” There was a cut fibre line in Brooklyn, NY, at the time as well, but the spokesperson said the two incidents were unrelated.

On Tuesday, “there was a broad internet issue that caused a temporary degradation of Fios service to customers in the Northeast for just under an hour,” a Verizon spokesperson told Insider in an email. “There was an unrelated fibre cut that impacted a very small number of customers in Brooklyn, NY. The cause of the cut was a tree falling on the cable and service has been restored.”

The spokesperson has since followed up with Insider in an email and said its “engineers were able to quickly resolve the issue and service returned to normal for customers within a couple of hours.”

Users from Boston to Washington DC complained of spotty or inaccessible internet access. Verizon Support tweeted in response to a customer complaint that there was indeed a fibre cut in Brooklyn.

There is a fiber cut in Brooklyn. We have no ETR, as of yet. You can use the MY Fios app for updates. *EAG

More than 2,000 users reported issues with accessing Verizon’s Fios internet service on DownDetector Tuesday, and many aired their grievances with the interruption on Twitter.

Online outages have taken on new meaning during the pandemic as scores of people rely more heavily on remote work tools. On the first workday of 2021, Slack went down for many users, who were unable to load channels and send messages on the chat platform.


Read more:
10 industries booming during the pandemic that are hiring for fully remote jobs right now

As CNN notes, the US Federal Communications Commission joined the conversation Tuesday and said it was also investigating an issue that was interrupting the work and school day for many.

“We have seen reports of internet-related outages on the East Coast, making it difficult for people to work remotely and go to school online,” FCC Commissioner Jessica Rosenworcel said in a tweet. “The @FCC Public Safety and Homeland Security Bureau is working to get to the bottom of what is going on.”

We have seen reports of internet-related outages on the East Coast, making it difficult for people to work remotely and go to school online. The @FCC Public Safety and Homeland Security Bureau is working to get to the bottom of what is going on.

Correction: A previous version of this story said a downed tree contributed to the East Coast outage. The outage was the result of a software issue.