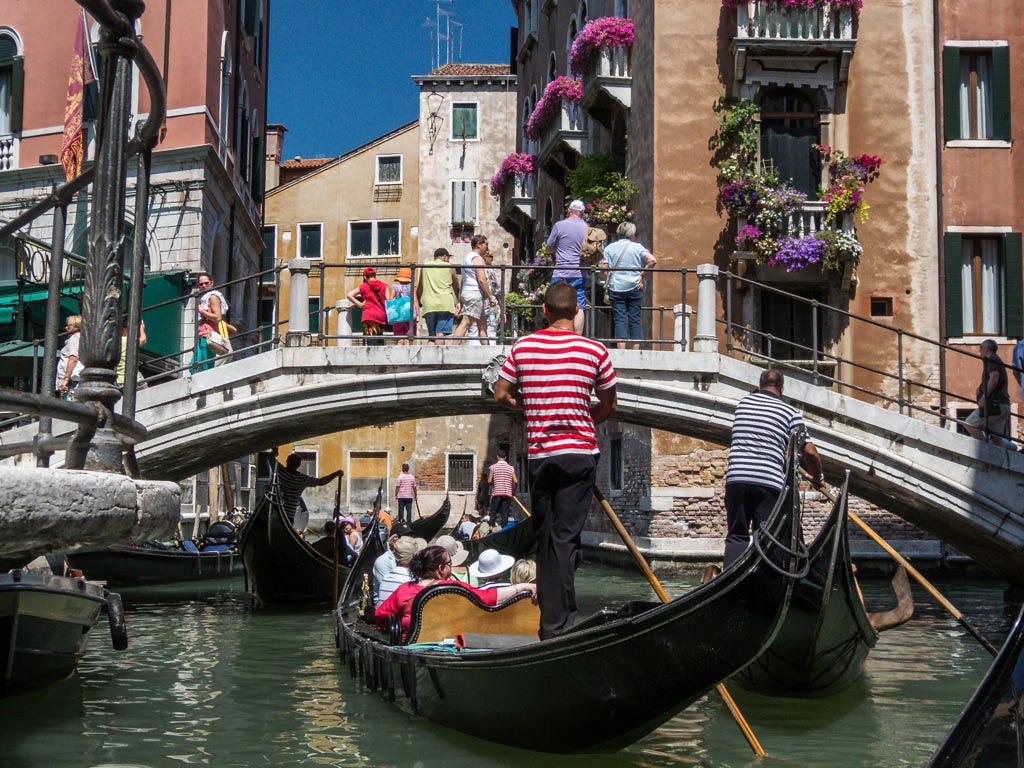 They’re the most iconic symbol of one of the most famous cities in Italy, but Venice’s gondolas are changing the way they work.

Specifically, the capacity of the beloved boats is being reduced from six to five people. And the reason?

Similarly, Venetian authorities have decreed that the larger “da parada” gondolas, which are mainly used as taxis across the Grand Canal according to CNN, can only carry up to 12 people, down from 14.

The decision to restrict numbers has been made to avoid having to weigh passengers before boarding.

“Over the last 10 years or so, tourists weigh more – and rather than having them step on a scale before they get on, we are limiting the number,” Andrea Balbi, the president of Venice’s Gondola Association, told CNN.

The rising weights of visitors to Venice has meant that the gondoliers have faced the problem of their boats taking on water increasingly often in recent years. ReutersMany of Venice’s gondolas were only built to accommodate five.

“Tourists are now overweight. From some countries, bombs load [on to the boats],” Raoul Roveratto, the president of the association of substitute gondoliers, told La Repubblica.

“And when [the boat] is fully loaded, the hull sinks and water enters. Advancing with over half a ton of meat on board is dangerous.”

When the gondolas have taken on water, they’re much harder to drive down Venice’s already narrow canals.

Balbi told the Guardian that it’s true that tourists weigh more than 10 or 15 years ago, but many of the gondolas were only built to carry five people in the first place.

“So the sixth person ends up sitting in a place without a cushion as the boat was only made for five,” he said.

There are currently 433 gondoliers and 180 substitutes in Venice, and you have to pass a challenging exam to obtain a licence.

During the coronavirus pandemic, far fewer than normal have been working, but previously Venice received between 26 million and 30 million tourists per year, Business Insider’s Katie Warren reported.