Venice's canals are clear, and it could be because everyone is isolating themselves to avoid spreading the coronavirus 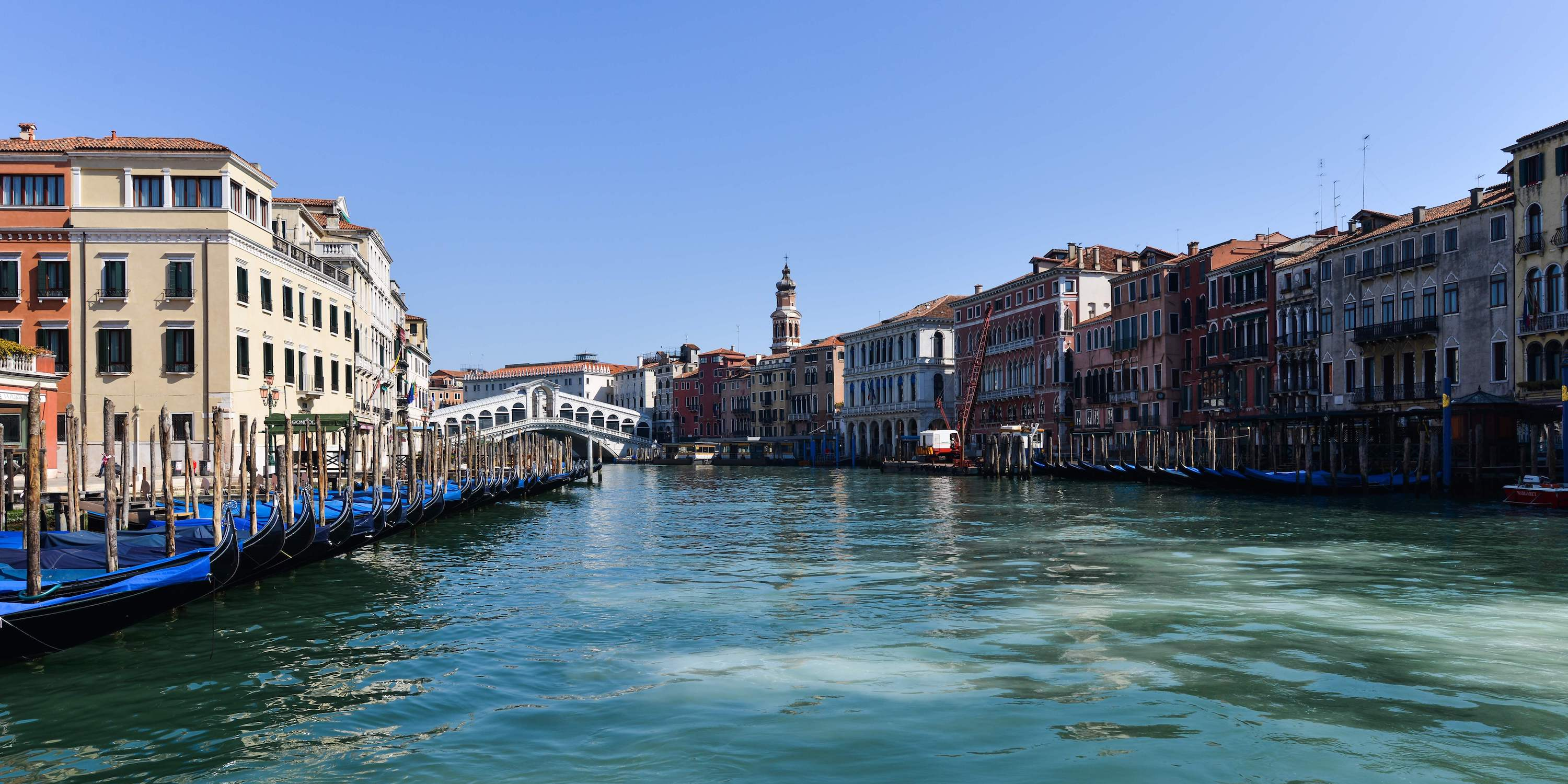 ANDREA PATTARO/AFP via Getty ImagesA general view shows clear waters of the Grand Canal near the Rialto Bridge in Venice on March 18, 2020, as a result of the stoppage of motorboat traffic, following the country’s lockdown within the new coronavirus crisis.

Venice’s canals have turned clear, thanks to the stoppage of motorboat traffic while the country is on lockdown amid the coronavirus pandemic.

Italy is currently on lockdown as residents try to prevent the spread of the novel coronavirus, which has infected more than 35,000 people in the country and caused more than 2,500 deaths. The country is one of the hardest-hit in the world. On Wednesday, it reported 475 new deaths, the most of any nation yet.

And while the city is generally bustling with tourists riding gondolas and going from island to island on water taxis and motorboats, Venice, much like the rest of Italy, is now quiet.

Photos taken across Venice show seaweed on the canals’ bottoms, while photos of the nearby island of Burano show fish and swans in the water.

Here’s a look at what the canals look like now that Italy is on lockdown.

Venice is a tourist hotspot in Italy, and the canals are usually filled with boat traffic. 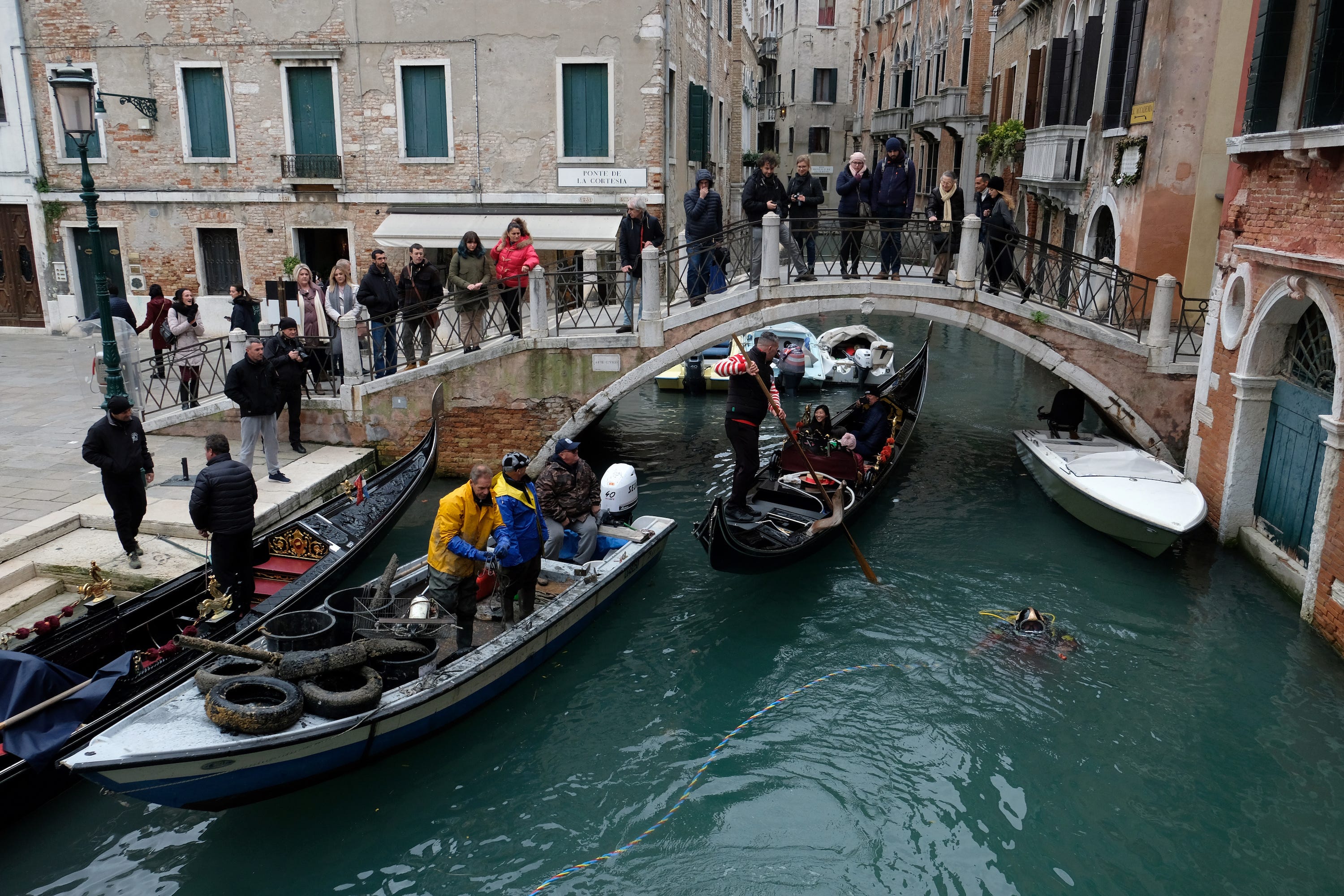 REUTERS/Manuel SilvestriA group of scuba divers from Venice’s gondolier association collect waste from the lagoon city’s canals as part of a clean-up operation in Venice in December 2019.

But since Italy went on lockdown to prevent COVID-19 from spreading further, Venice’s canals have been quiet. 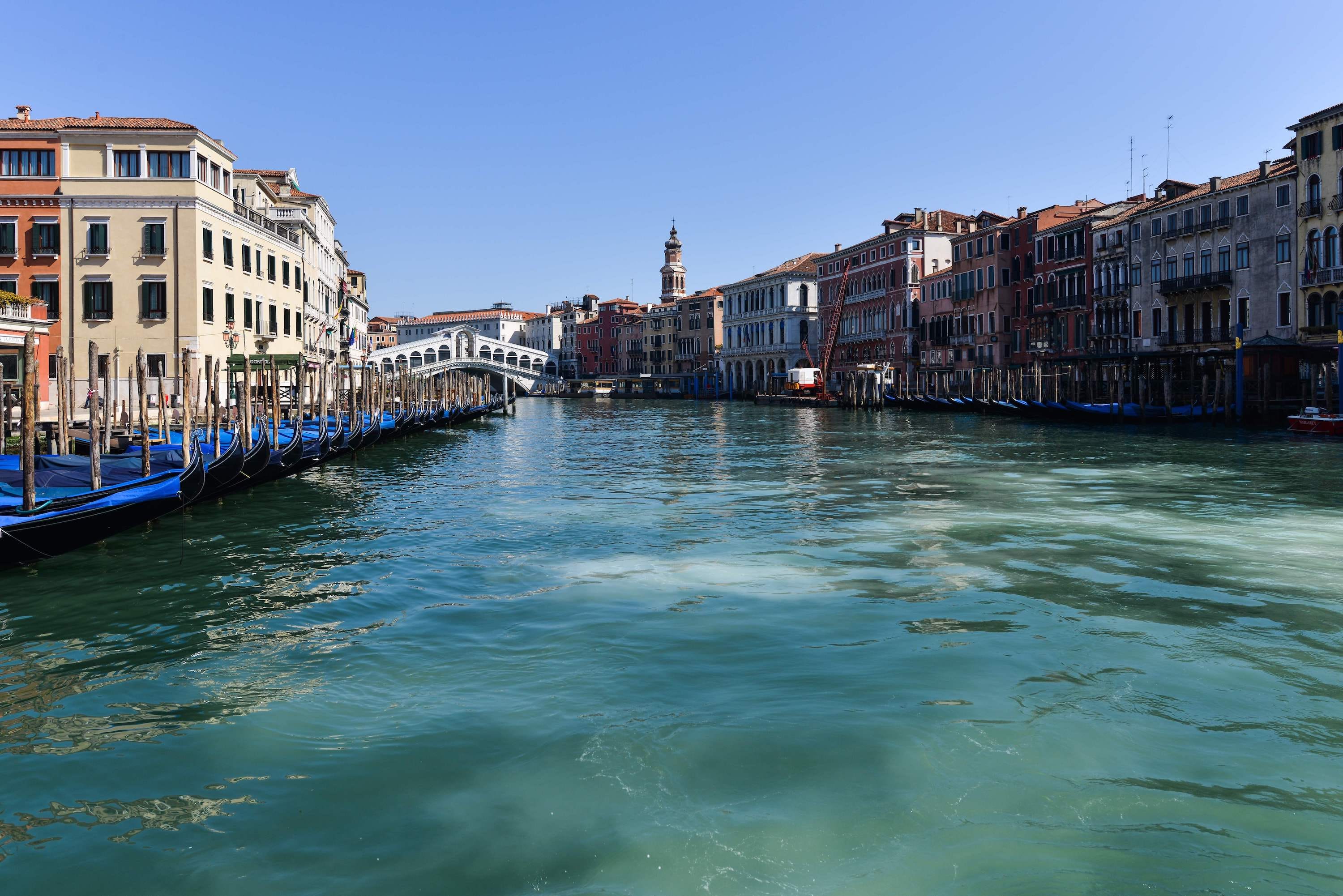 ANDREA PATTARO/AFP via Getty ImagesA general view shows clear waters of the Grand Canal near the Rialto Bridge in Venice on March 18, 2020, as a result of the stoppage of motorboat traffic, following the country’s lockdown within the new coronavirus crisis.

A spokesman for Venice Mayor Luigi Brugnaro said that sediment has finally been able to settle at the bottom of the canals, making the water clearer. 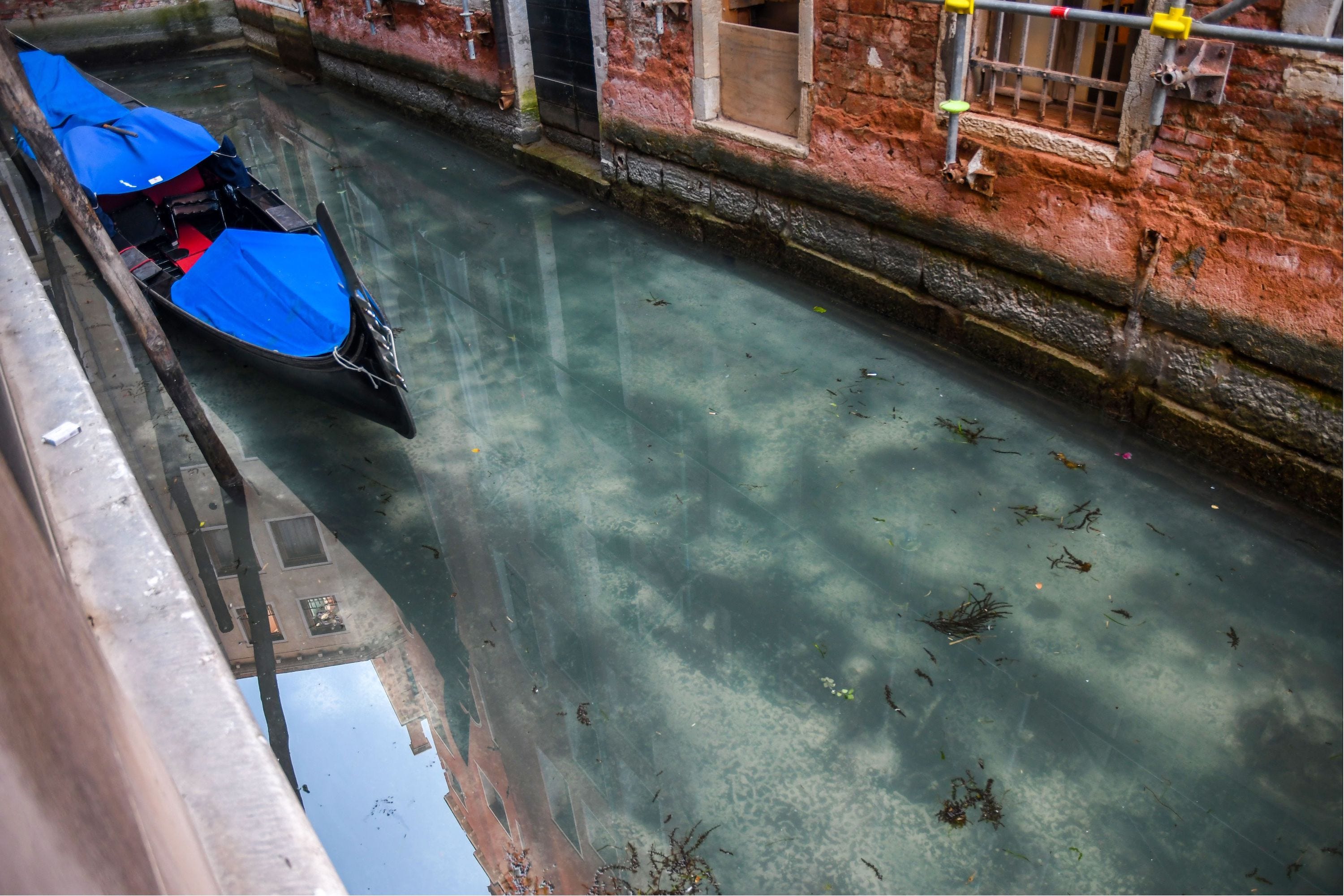 ANDREA PATTARO/AFP via Getty ImagesA view shows clearer waters by a gondola in a Venice canal on March 17, 2020 as a result of the stoppage of motorboat traffic, following the country’s lockdown within the new coronavirus crisis. 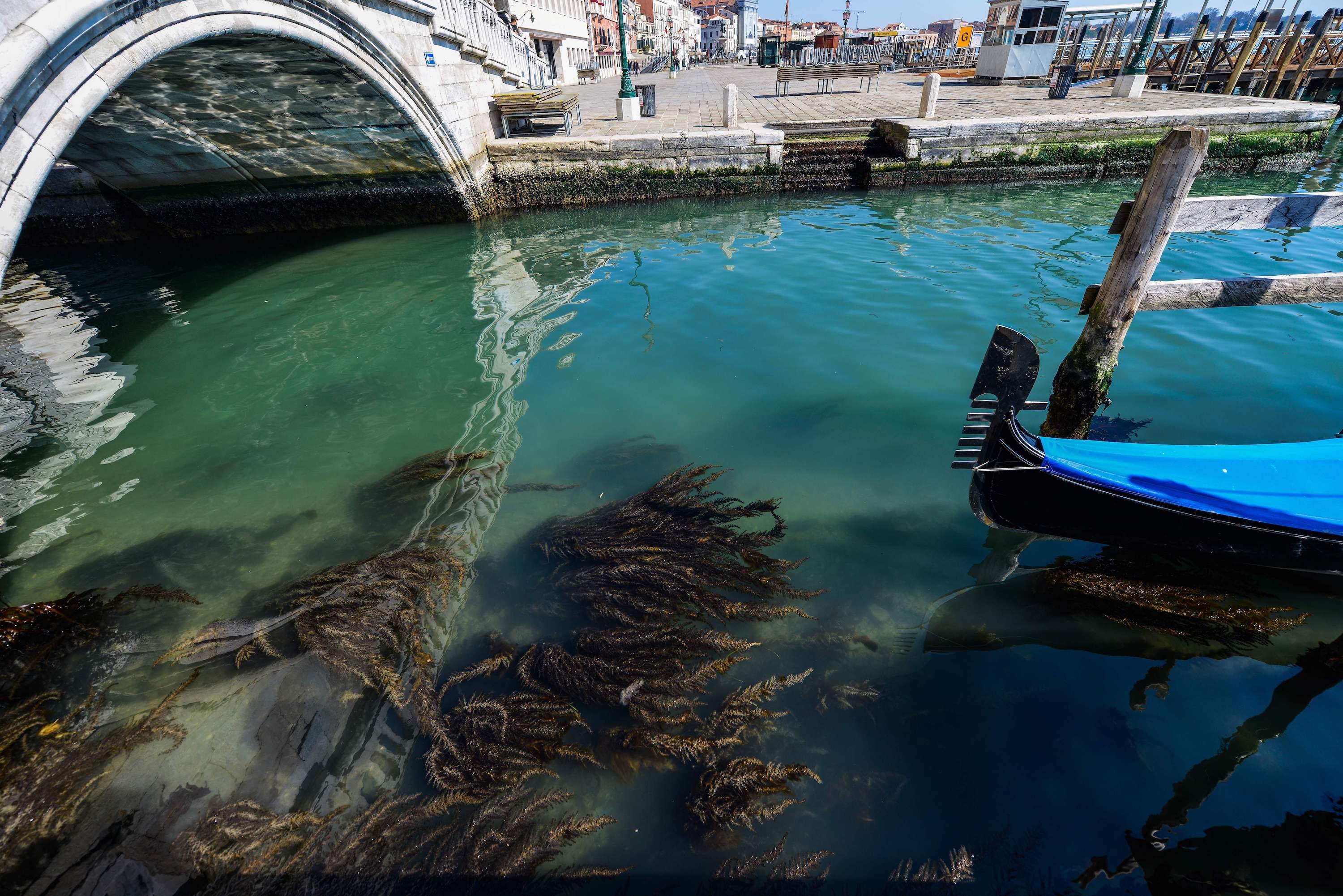 ANDREA PATTARO/AFP via Getty ImagesSeaweed in clear waters in Venice on March 18, 2020.

The mayor’s spokesman said Venice’s water pollution has not decreased, but air quality has improved since the city went on lockdown earlier in March. 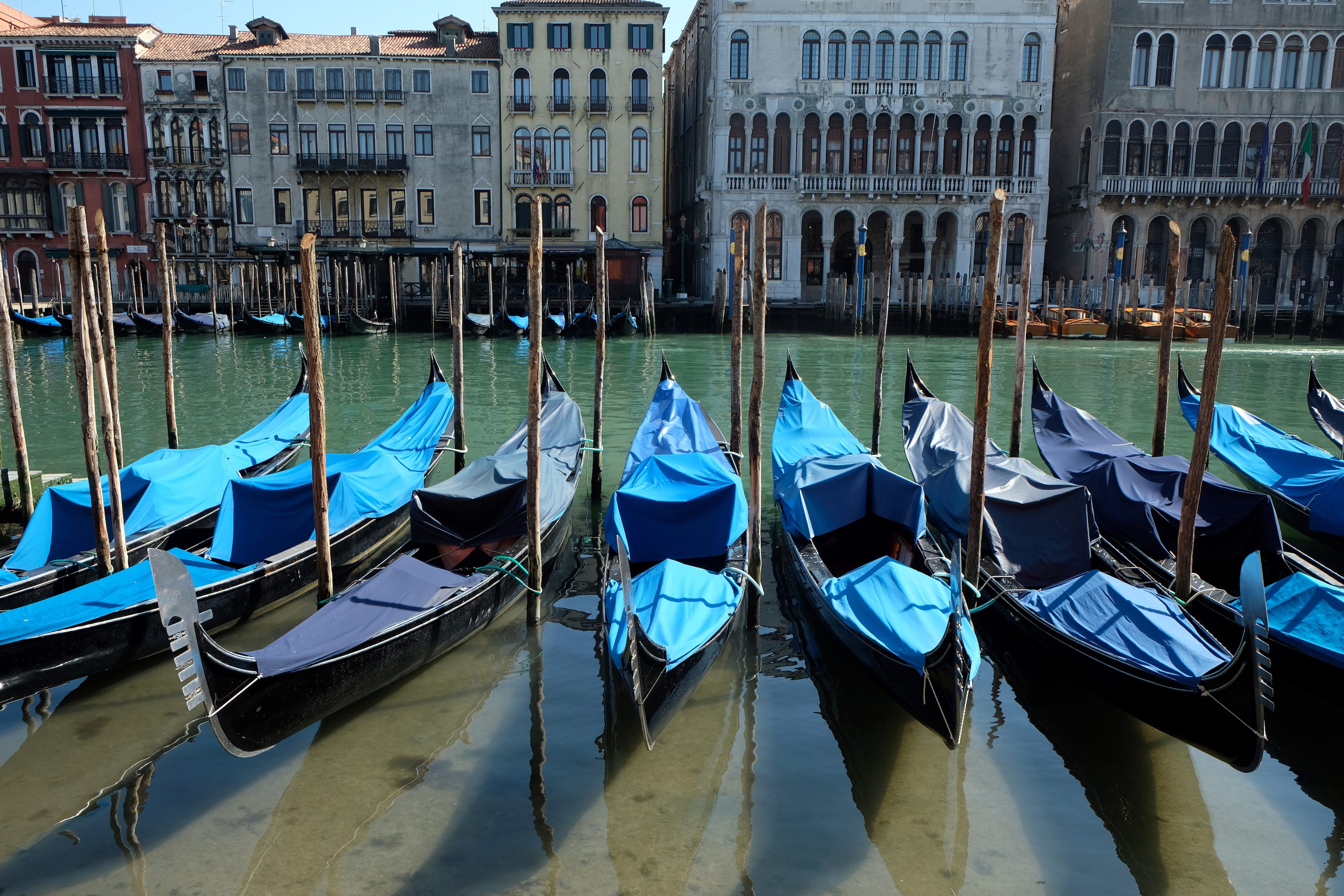 “The air, however, is less polluted since there are less vaporetti and boat traffic than usual because of the restricted movement of residents,” the spokesman said. 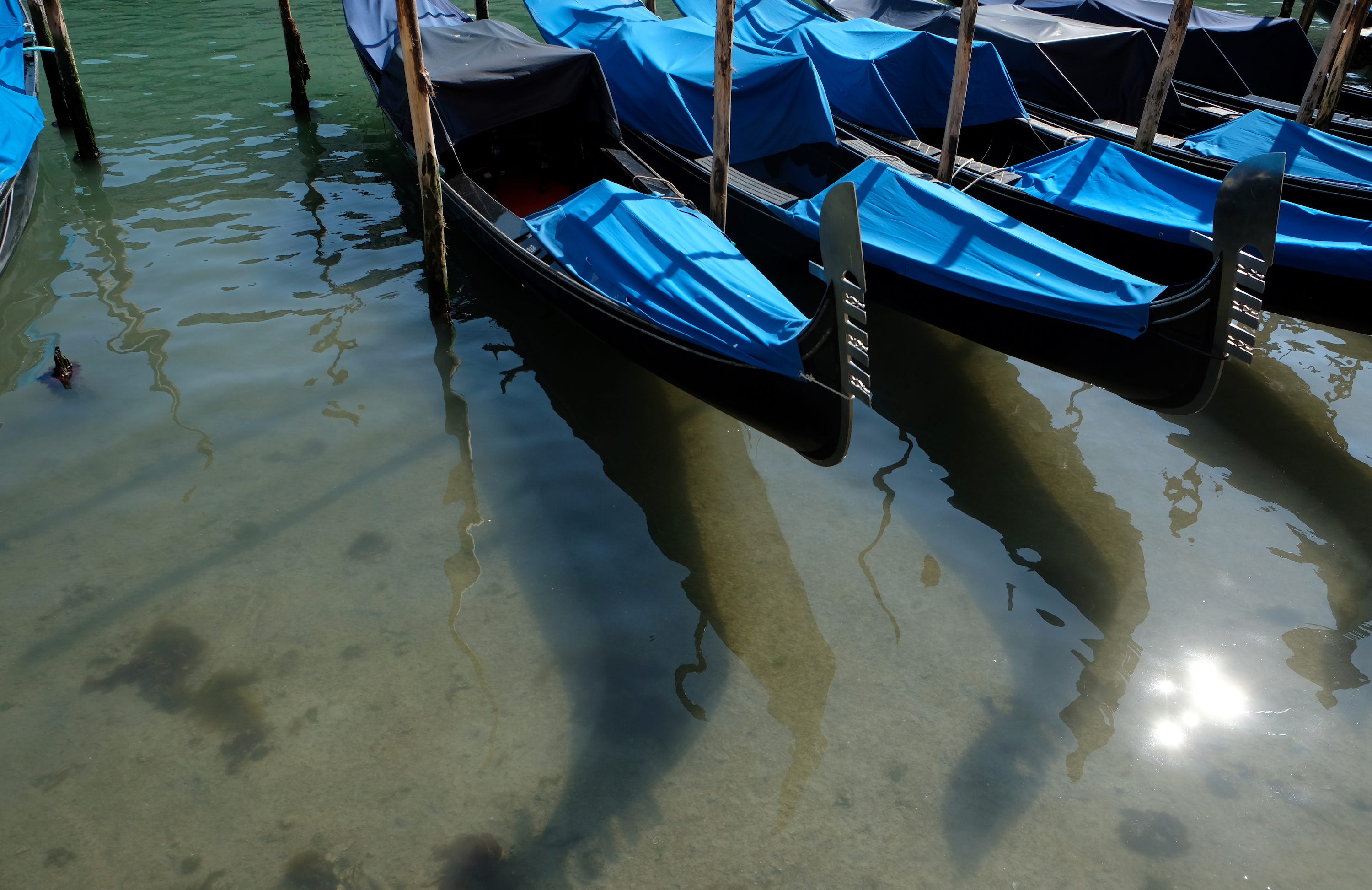 REUTERS/Manuel SilvestriThe waters below stationed boats appears to be clear.

New data from the European Space Agency’s Copernicus Sentinel-5p satellite has shown that the air over Italy has improved since the lockdown. 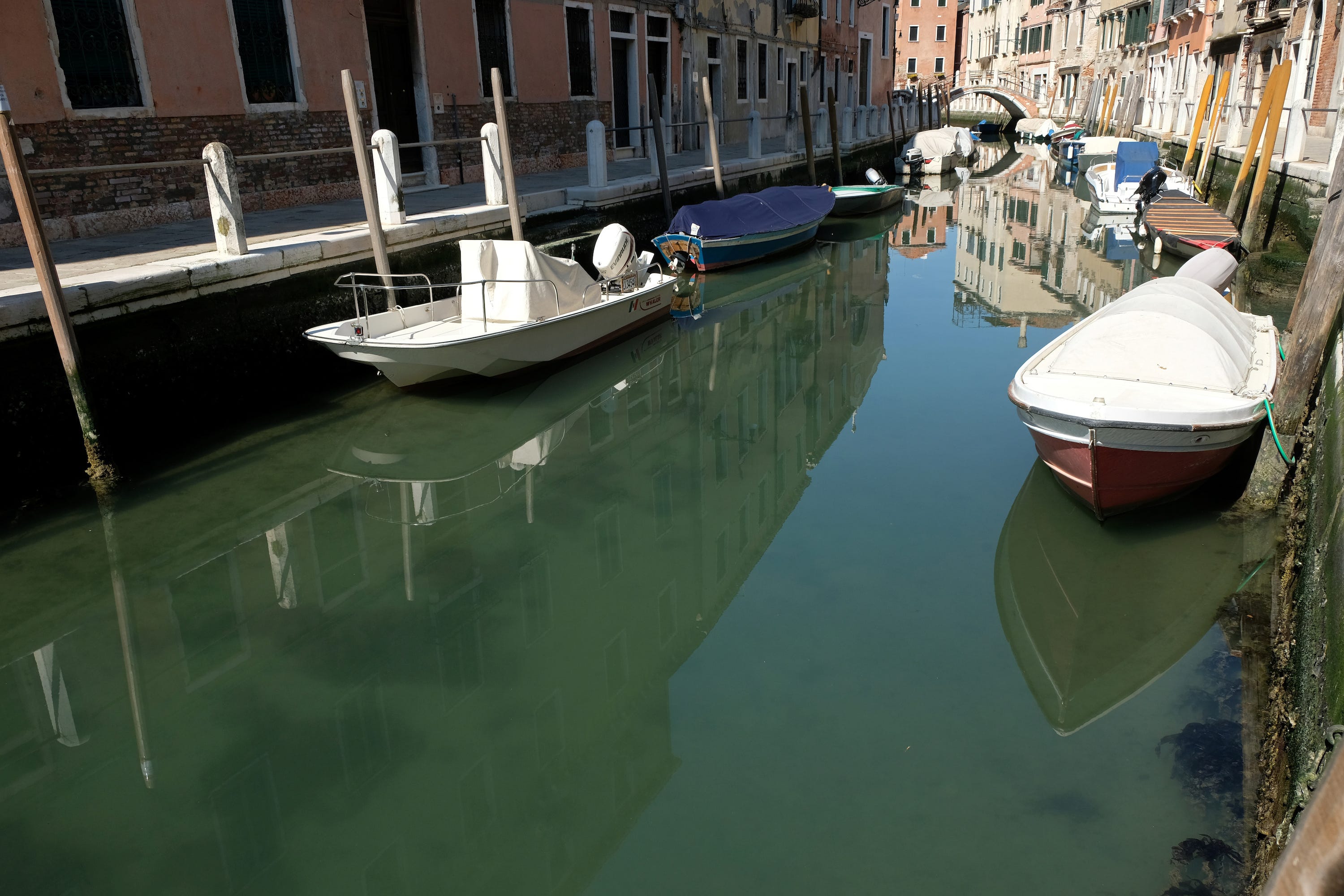 REUTERS/Manuel SilvestriOne possibility is that the sediment has finally settled in the canals.

The mayor’s spokesman said marine life has always lived in the canals, and thanks to the clear waters, residents are now seeing fish and seaweed. 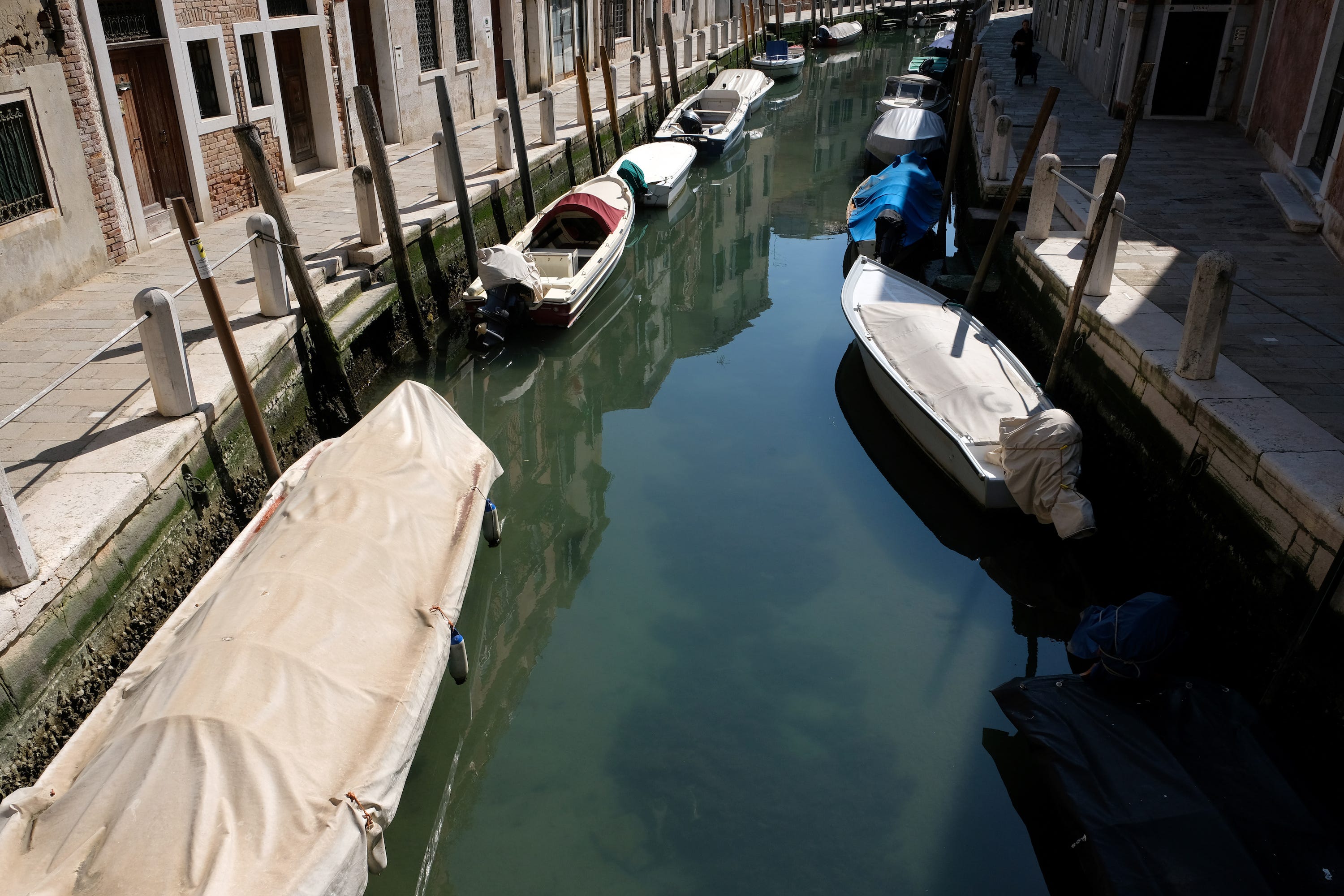 REUTERS/Manuel SilvestriOne canal with many stationed boats is clear all the way to the bottom. 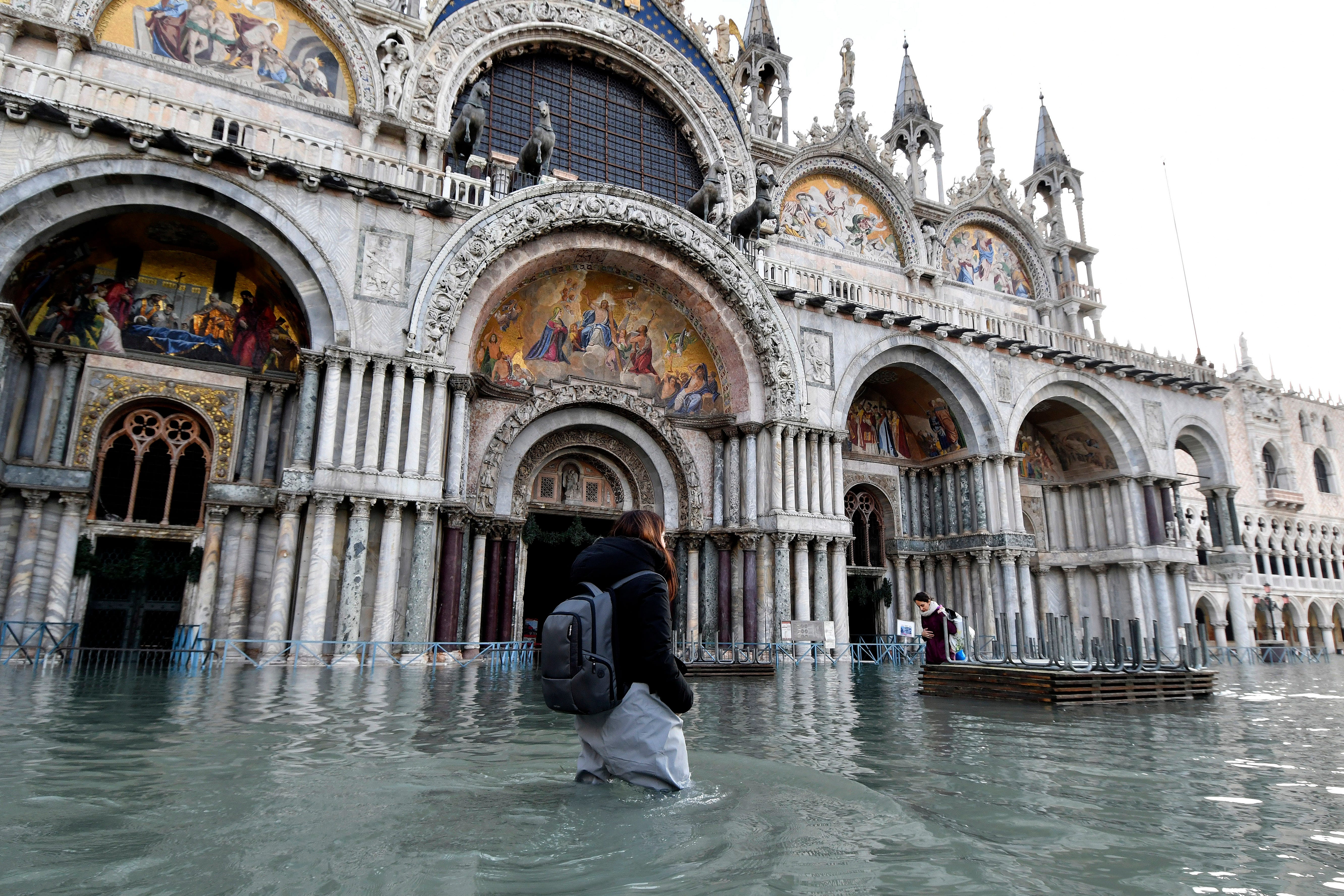