Venezuela has not paid employees at its English-language media operation in months. It's instead relying on Cuban students to win the propaganda war. 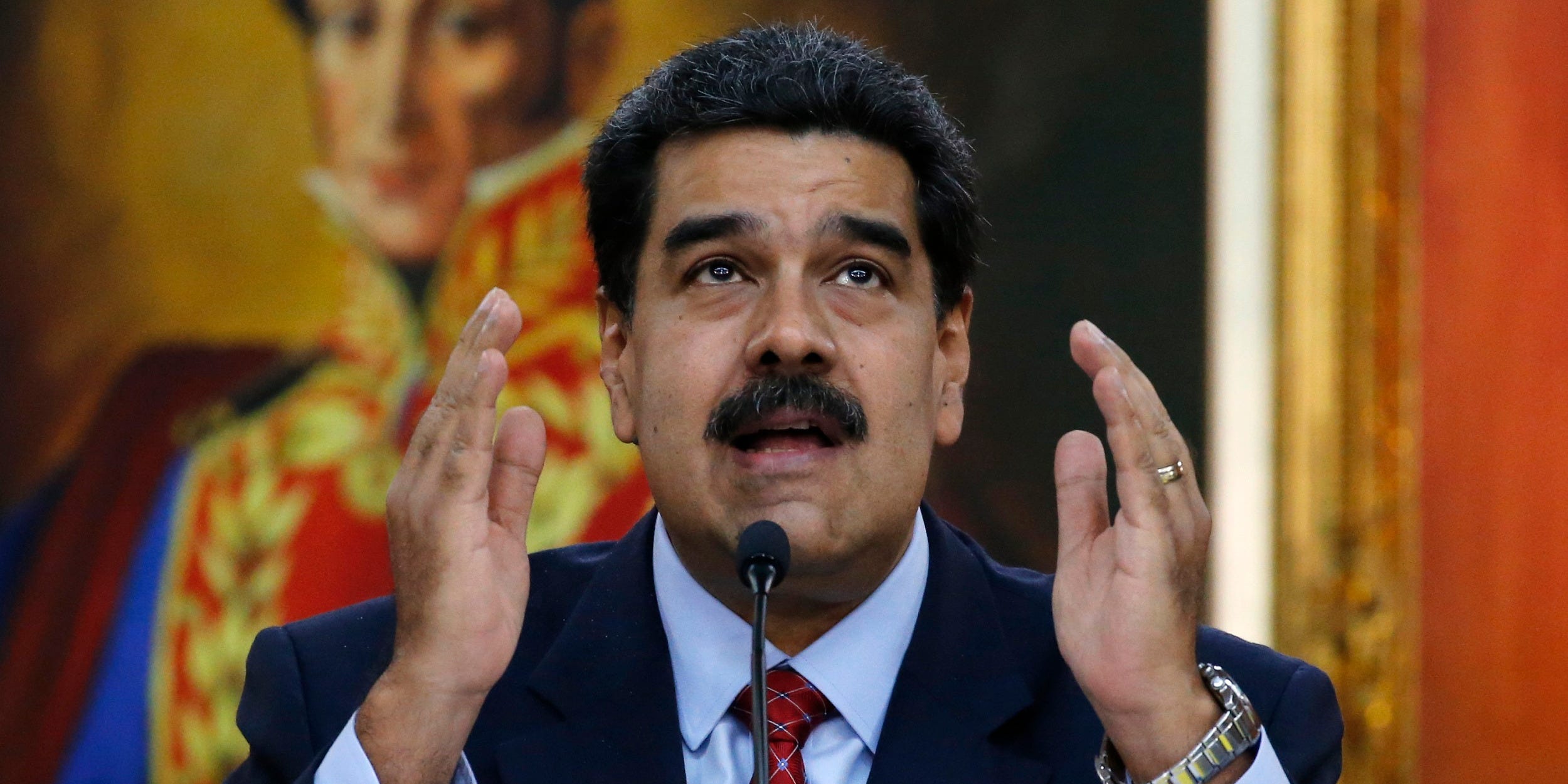 AP Photo/Ariana CubillosVenezuelan President Nicolas Maduro gives a press conference at Miraflores presidential palace in Caracas, Venezuela, Friday, Jan. 25, 2019, amid a political power struggle between him and an opposition leader who has declared himself interim president.

Employees at the English-language arm of Venezuela’s state-run media operation have been working without compensation for months, according to two people there, with the network slowly replacing staff in its Ecuador office with students in Cuba who do their work remotely, for a fraction of the cost.

But that’s not because the government of Venezuelan President Nicolás Maduro no longer cares about the operation: a pariah in much of the region, Caracas is in fact desperate to hold on to the prestige of a foreign bureau seen as an essential service in a 21st-century information war.

Launched in 2005 as a Spanish-language broadcast and online news outlet, teleSUR was the brainchild of former Venezuelan President Hugo Chavez, who was seeking to counter hostile media coverage of the South American nation and its avowedly socialist government. The English-language version launched in 2014, a year after Chavez’s death, “part of a geopolitical and communication strategy in the field of global information,” as network president Patricia Villegas, whose husband is a high-ranking official in the Maduro government, said in a press release.

Maduro’s opponents, in Washington and elsewhere, see it as little more than a propaganda operation – and have it in their crosshairs. Earlier this year, Eliot Abrams, US Special Representative for Venezuela, told reporters that the US government was “taking a careful look at teleSUR.”

“We are looking very carefully at it because we have had many reports that teleSUR is not actually a news source,” he said at a February State Department briefing. “It tends to reflect only the views of a government rather than actually being an independent news source.”

Juan Guaidó, the disputed head of Venezuela’s National Assembly, its last democratically elected body – and recognised by the US and some 50 other nations as the country’s legitimate head of state – has likewise characterised the network as an arm of Venezuela’s ruling party.

“From its creation, teleSUR has been used to promote the destabilization of the region, back terrorist groups, threaten democracy, lie about Venezuela, and defend the Maduro dictatorship,” he tweeted in January 2020.

Internally, if in different language, that’s how Caracas views the network too: as the last best chance for the Maduro government to defend itself and its allies before the English-speaking world.

“For them, this is a political issue,” said one editor at teleSUR, speaking in a group WhatsApp message obtained by Business Insider.

“They don’t care about articles or quality but about keeping face internationally,” they said. “Losing a foreign office would mean they are losing the war.”

TeleSUR was launched in 2005 as a Spanish-language broadcast and online news outlet, the brainchild of former Venezuelan President Hugo Chavez. The stated intent was to counter hostile media coverage of the South American nation and its avowedly socialist government: when the English-language version launched in 2014, a year after Chavez’s death from cancer, network president Patricia Villegas, whose husband is a high-ranking official in the government of Nicolas Maduro, described the platform as “part of a geopolitical and communication strategy in the field of global information.”

Villegas did not respond to a request for comment. 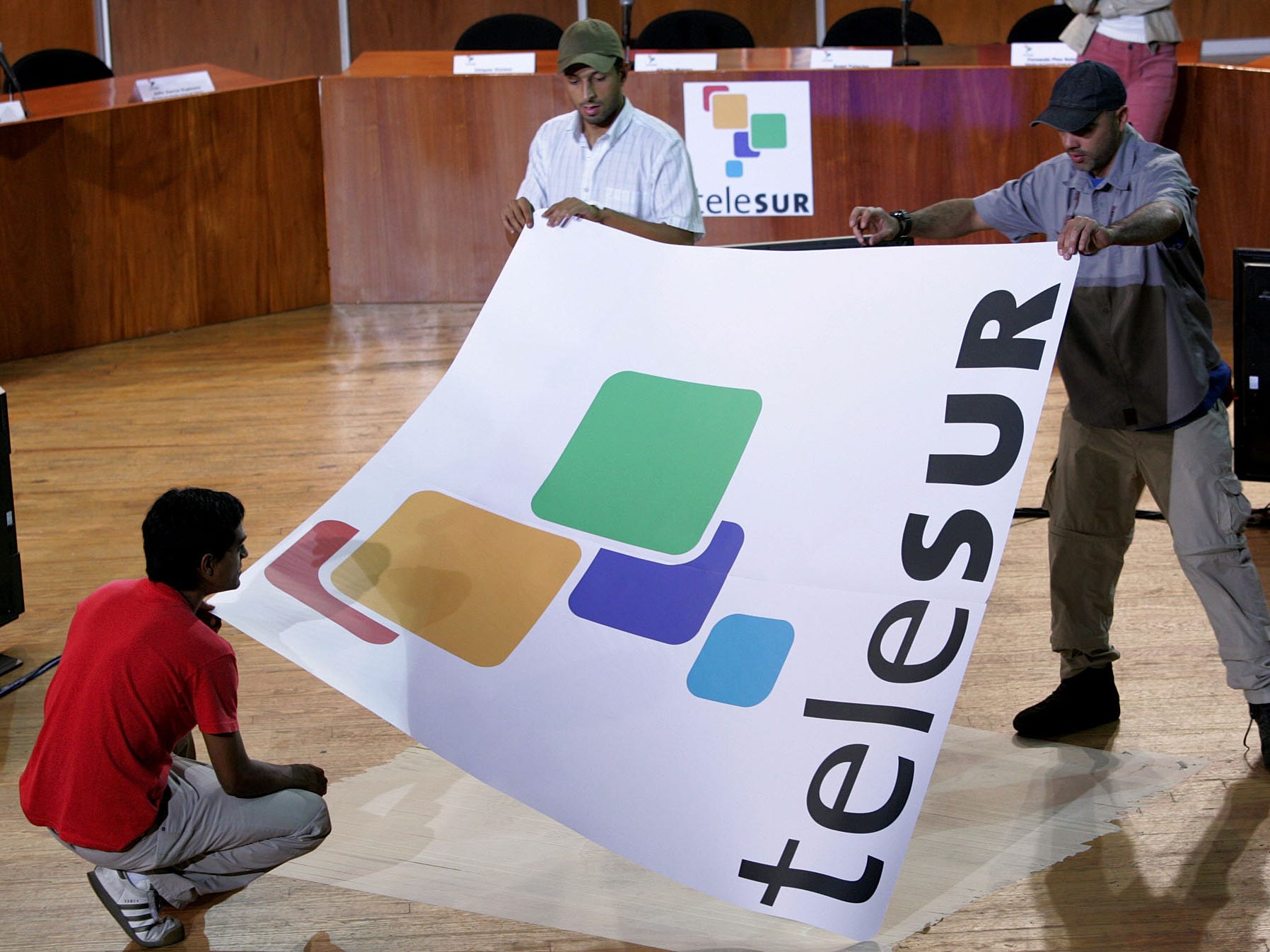 AP Photo/Leslie MazochIn this July 24, 2005, file photo, workers set up for the inauguration of Telesur in Caracas, Venezuela. Argentine Minister of Communication Hermann Lombardi announced Monday, March 28, 2016, that the country is pulling out of the Spanish-language television network started by the late Venezuelan President Hugo Chavez as a vehicle for promoting leftist politics in Latin America.

In the eyes of some on the left, the Trump administration and the Venezuelan opposition are lamentably right about teleSUR.

“Venezuela had the opportunity to create something like Al-Jazeera: a state-owned outlet with some independence that provides a much-needed regional perspective,” Geoff Ramsey, director of the Venezuela program at the Washington Office on Latin America, a centre-left think tank, told Insider.

Indeed, “in the early days, many progressive journalists flocked to work at teleSUR with this hope,” Ramsey said, “only to watch in dismay as it became clear it would primarily be a propaganda organ for the Bolivarian project.”

Initially, the network at least appeared to be more than just a vehicle for one state’s press releases. Upon its founding, teleSUR was backed by other members of the region’s mid-2000s leftist “Pink Tide,” including Argentina, Bolivia, Brazil, and Uruguay. And the English-language version was set up in Ecuador, in part to create the impression that it was more “BBC” than “Press TV,” the Iranian state news channel.

The Ecuadorian capital, and its dollar-based economy, was also a more attractive destination for foreign talent than Venezuela, which by that point was already facing economic collapse.

That talent is almost all gone (this reporter worked for the company from 2015 to 2016). Caracas, thanks to economic mismanagement compounded by sanctions from the Trump administration, simply cannot afford it. Because of the labour laws in Ecuador, however, teleSUR has not been able to lay its workers off – if it did, it would also owe them three months’ severance. Instead, it stopped paying their salaries. 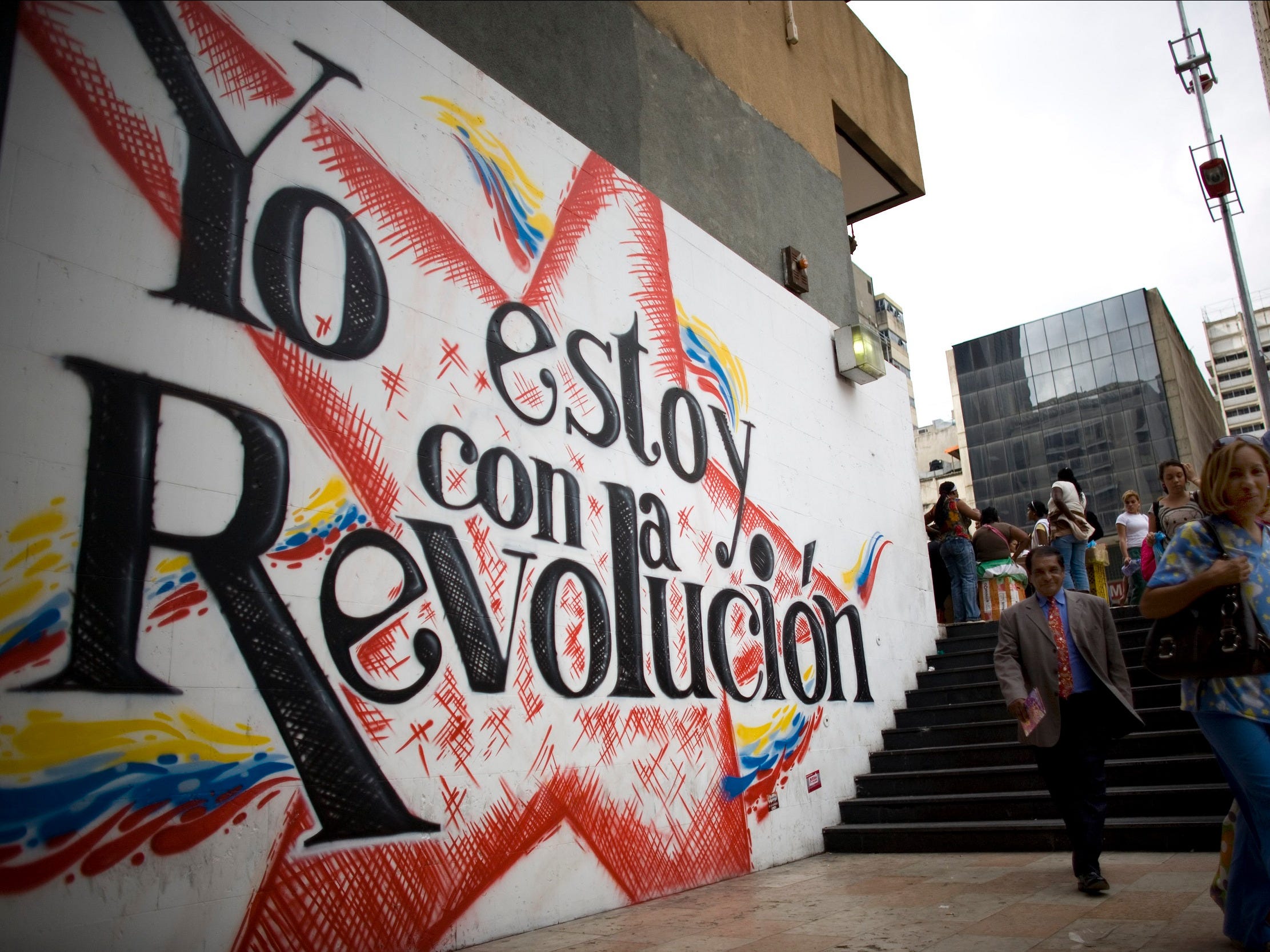 AP Photo/Ariana CubillosPeople walk past a mural that reads in Spanish ‘I’m with the revolution’ in Caracas, Venezuela, Tuesday Sept. 21, 2010.

“As the months passed, many were not able to afford rent or food,” an employee at teleSUR told Insider, requesting anonymity due to fear of retaliation. With back wages piling up, the company offered some of the remaining staff $US200 a month, paid in fits and starts. “To me and many coworkers, this is what teleSUR was really telling us: You either work with us, with hopes of getting some of the money we owe you, or you leave and can say ‘bye bye’ to everything.”

“All of this from a ‘socialist’ news network,” they commented.

Many have chosen to bid the company adieu, leaving Ecuador and effectively forfeiting a chance to get what they were owed. In their place, the company has leaned on students in Cuba, one of Venezuela’s last allies, who are paid pennies on the dollar to effectively run teleSUR’s Spanish-language content through Google Translate, according to WhatsApp messages from editors that were shared with Business Insider. However, even some of those students have quit over pay and a lack of work-life balance, according to the chats, having agreed to work three days a week but now expected to work five.

Some workers have suggested that teleSUR could pay off the debt owed its more experienced workers by selling its office – prime real estate in a modern business district next to Parque Carolina, the Ecuadorian capital’s answer to New York’s Central Park. Most of its floors lie empty, a testament to dreams unfulfilled, and an array of expensive satellite equipment is stationed on its roof.

The last thing Caracas wants is to cede territory in what is now hostile land; Ecuador’s current president, Lenín Moreno, having reversed his predecessor’s foreign policy and generally aligning his government with Washington.

“Caracas will do anything to save face, keeping up the production of news – no matter the quality – to present Venezuela as the government wants the world to see it,” the source said.

Ramsey, the analyst at WOLA, concurs.

“Losing teleSUR would demonstrate not just how much Venezuela has fallen since the boom years,” he said, “but how much the revolution has fallen short of its promises.”