My entire family's gone to the Jersey Shore for the last 24 years. This year we almost had to cancel, but we found a way to keep each other safe. 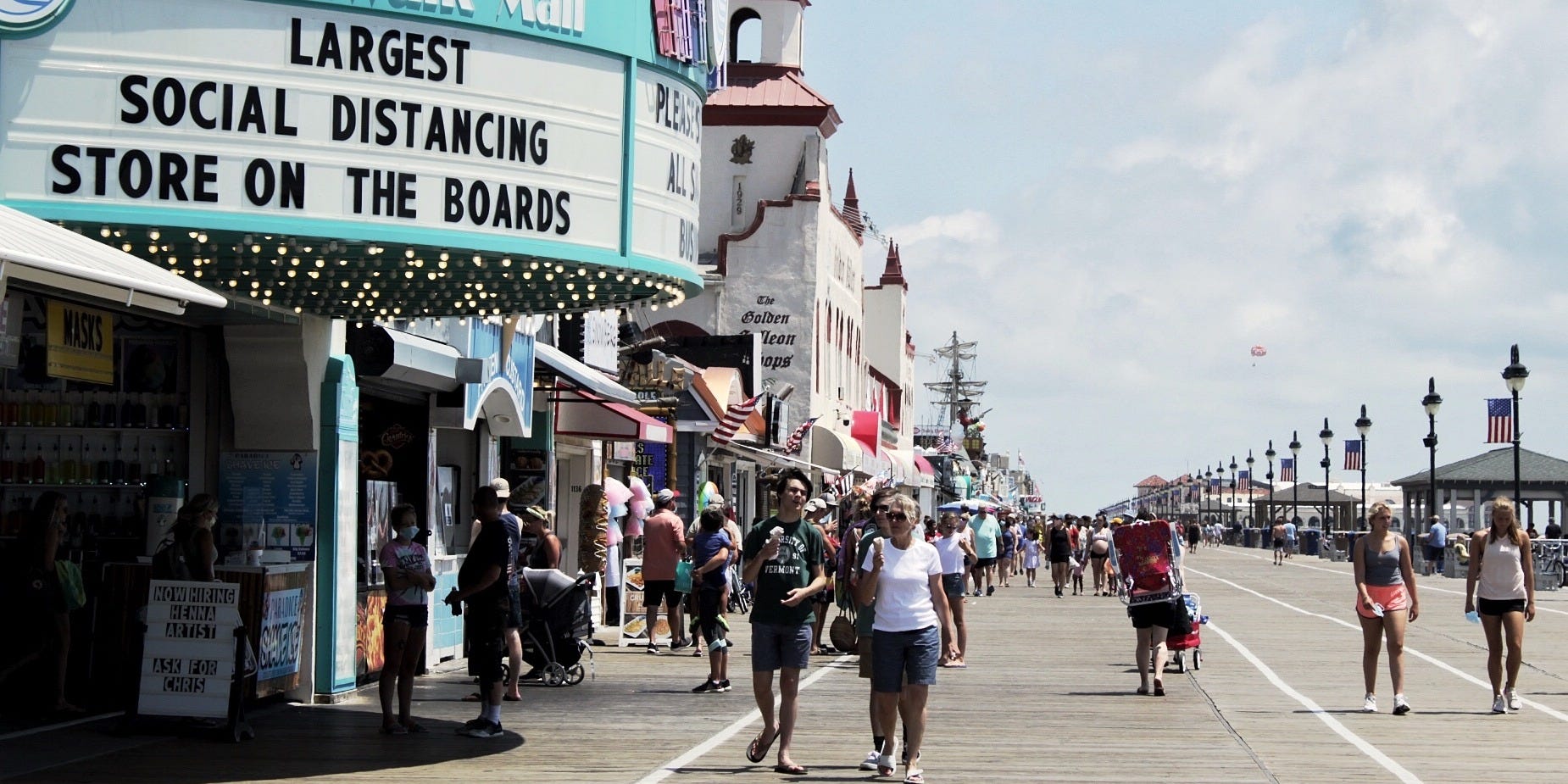 OCEAN CITY, NJ – Each year for 24 years, including every summer since I was born in 1997, my family has met for a week-long vacation in Ocean City, New Jersey.

We join forces from Chicago, Pittsburgh, and New York, and rent a two-story condo around the corner from the beach. While we’ve lost some and gained others over the years, the number of cousins, aunts, uncles, and significant others typically sits at about 16 loud, boisterous Italians. 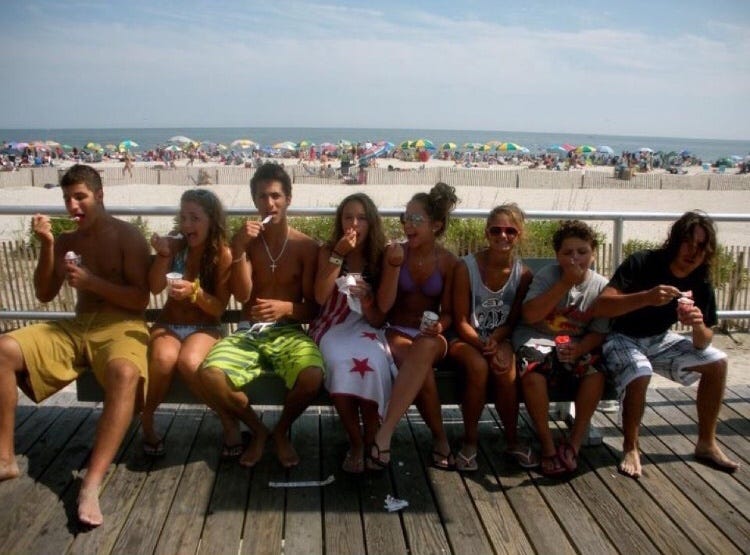 Natalie Colarossi/ InsiderMy cousins and I in Ocean City, nearly 10 years ago.

We rent from the same bike shop, visit our favourite boutiques on the boardwalk, and maintain the staunch tradition of eating a New York-style pizza that my father spends the rest of the year craving.

It’s become a second home to us. As soon as we cross the bridge into town, everything feels familiar.

Coming back to the Jersey Shore is such a guarantee each year that we book the same condo early in the fall the year before. Even if someone can’t get the full week off from work, we can always find at least two or three days where we can all overlap.

But we’ve never accounted for a global pandemic. 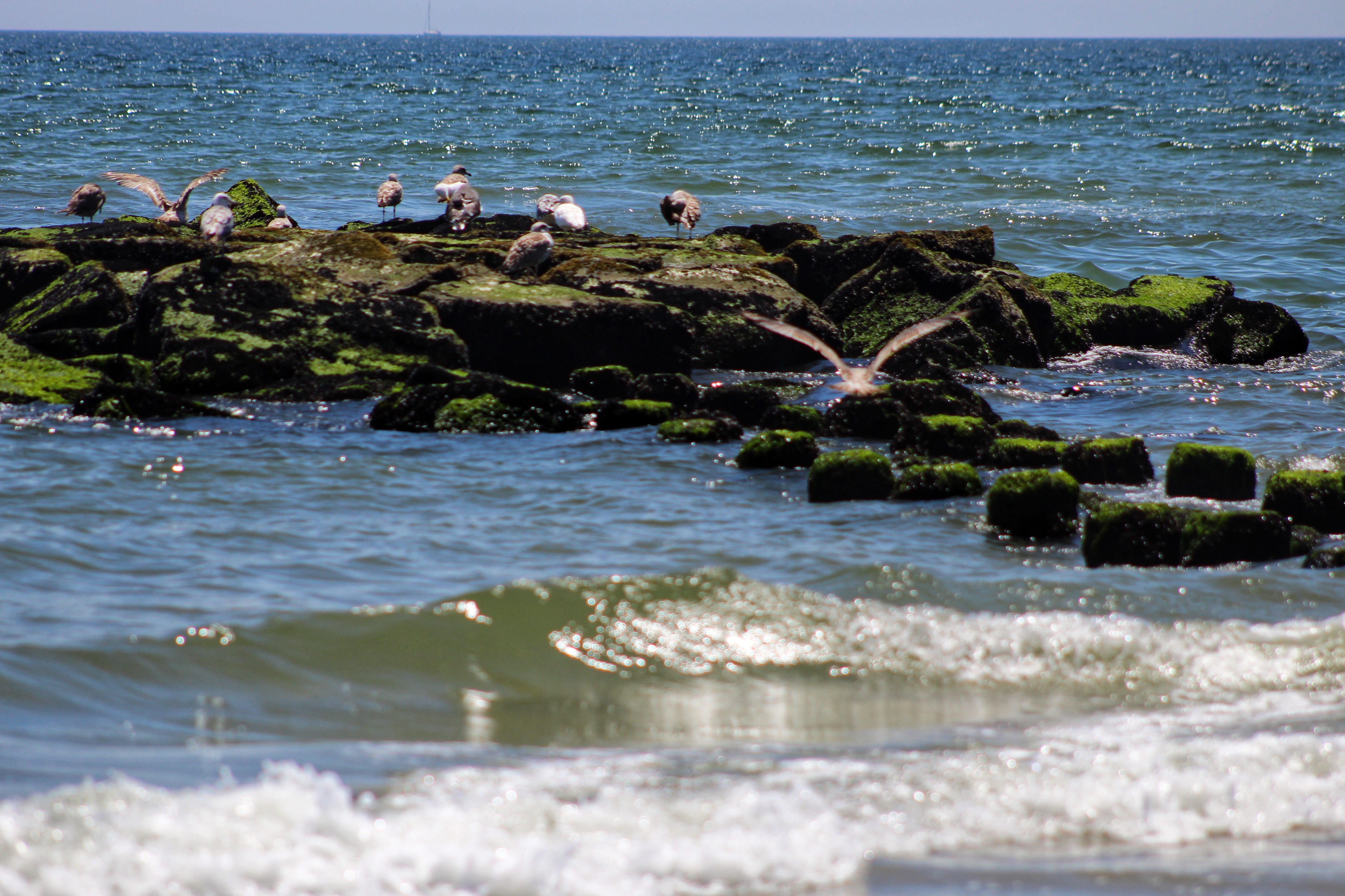 When it became clear in the spring that the coronavirus would last well into the summer months, my family began contemplating the difficult decision: Will we meet in Ocean City?

At first, the outlook seemed bleak. In mid-April the numbers were skyrocketing well into the thousands in New York City – where a cousin and I were coming from – and my family started to lose hope.

How could we gather safely in one space, coming from at least three different locations? It seemed impossible.

And, like many families, ours had varying degrees of handling the coronavirus. Some of my relatives appeared more lackadaisical about contracting it, while others had taken it so seriously that they transitioned their lives fully online, to the point where they weren’t even leaving the house to buy groceries.

If family members wanted to come on vacation, they had to quarantine for 2 weeks beforehand

But in early June, when we got the confirmation that Ocean City beaches would be open through the summer months, we decided to take the plunge. 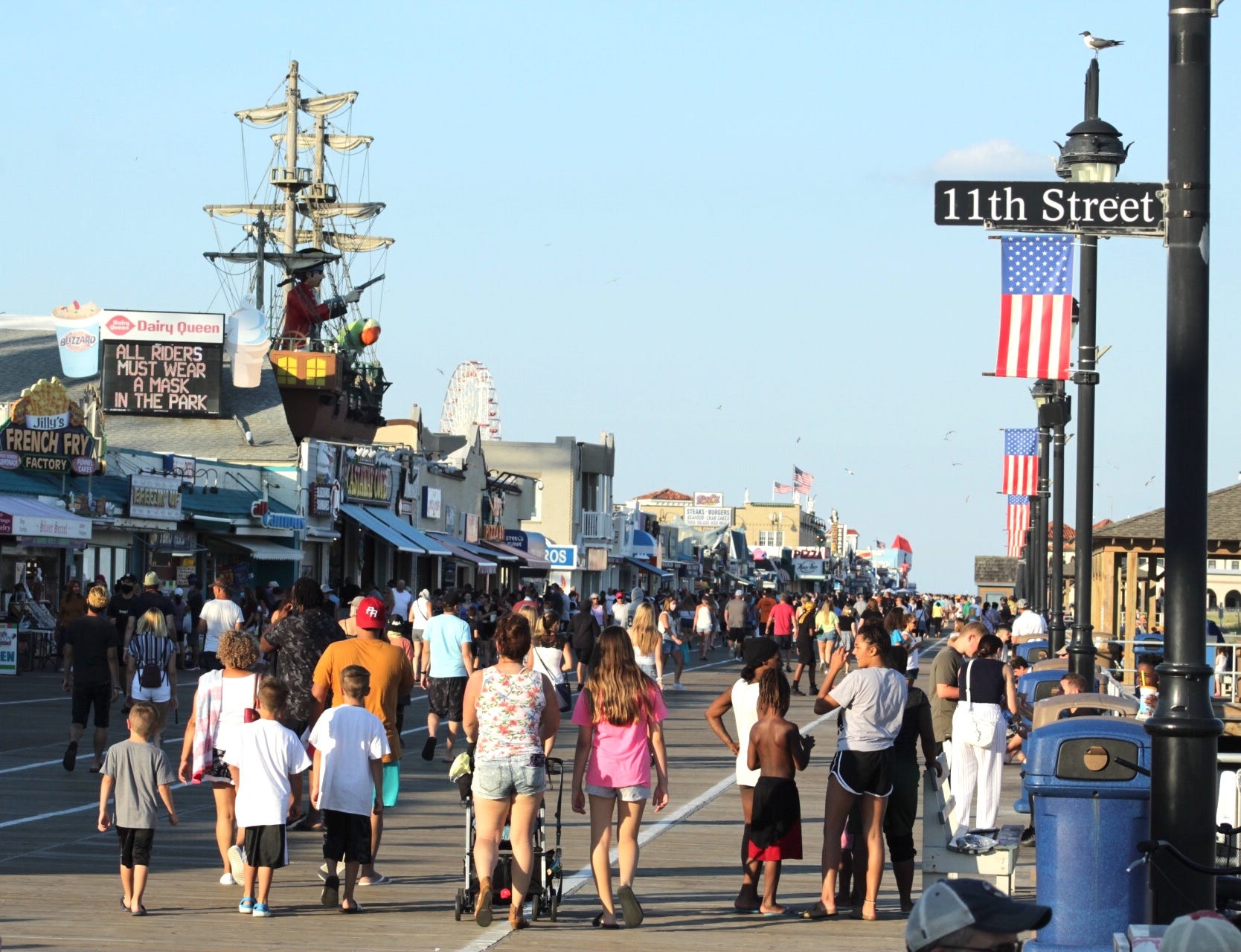 Everyone committed to a two-week quarantine before vacation began, and we met up on the second week of July. The quarantine process definitely helped ease our minds, but unfortunately, it wasn’t enough to get us all to the shore.

One of my older cousins still felt uncomfortable with the prospect of being in a house with so many people, and she decided not to join us for the first time in the history of our tradition. Though not having her with us saddened us all, we eased her absence with multiple cocktail-infused FaceTime calls.

When we got to the condo, we sanitised everything

While many of us were nervous at first, arriving in Ocean City felt somewhat natural on the first day.

But rather than entering the condo and enthusiastically dropping off all our stuff before running to the beach, this year, we sanitised everything.

Armed with disinfectant wipes, we wiped down every hard surface we could find. We also brought our own sheets, pillows, and bedspreads to ensure our sleeping situations were safe and comfortable.

We agreed we would each shop or order food for ourselves, and avoid sharing beverages or meals.

On top of that, we all vowed to wash our hands vigorously after going out and about in town, or before using any shared kitchen appliances.

The beach itself was surprisingly crowded, but we found that people were respectful and tried to social distance

Once we felt safe and settled in, we ventured to the island’s boardwalk – a 2.5-mile stretch of businesses and theme parks along the coastline. There we found social distancing signs, hand sanitizing stations, and loud speaker announcements asking everyone to kindly where a mask. 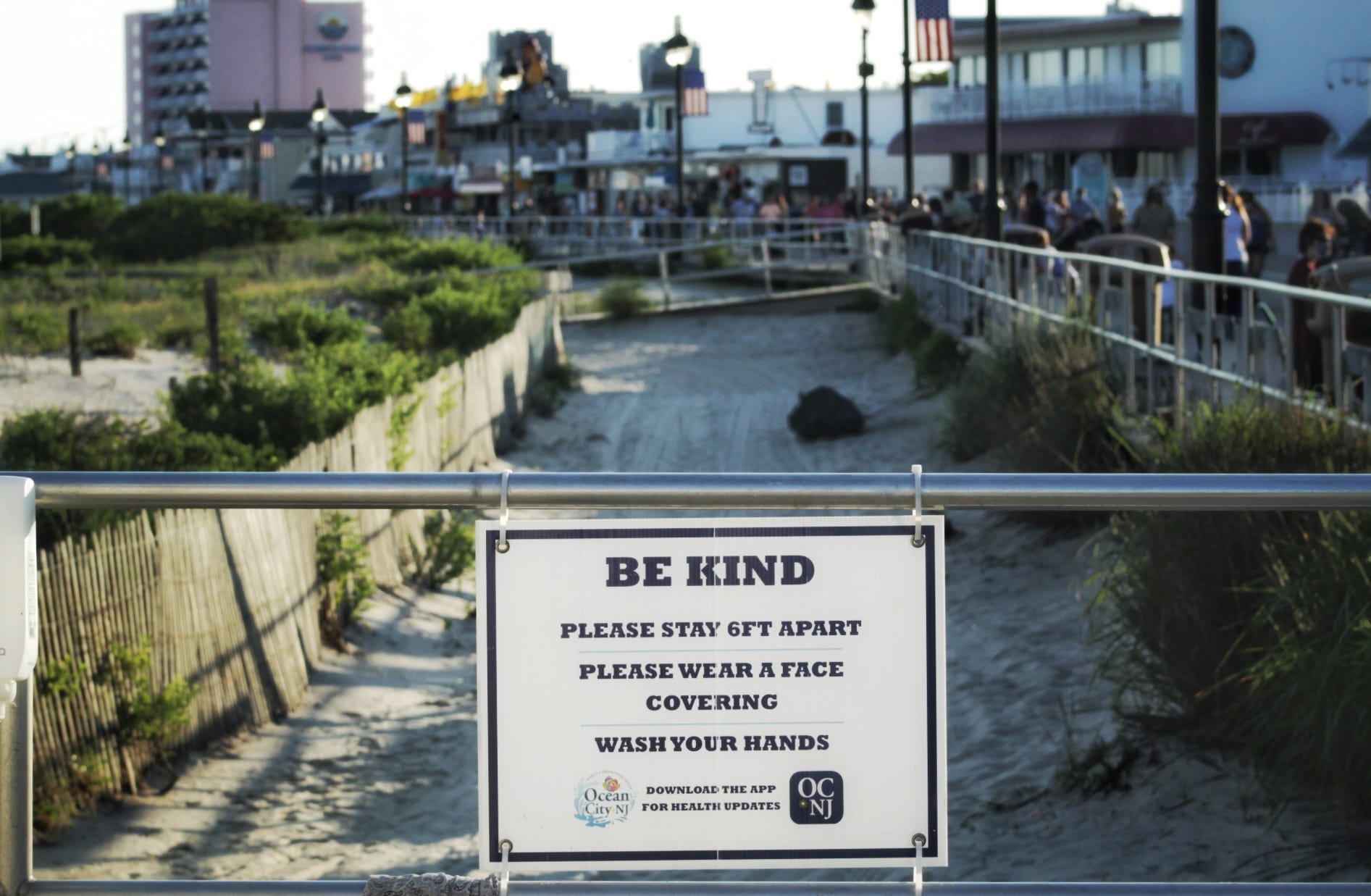 What we didn’t expect was just how crowded the beaches would be.

At first it felt at if there was no pandemic at all, and the usual number of families that grace the beach with their umbrellas, beach bags, and blankets had hit the sand with pre-pandemic force. 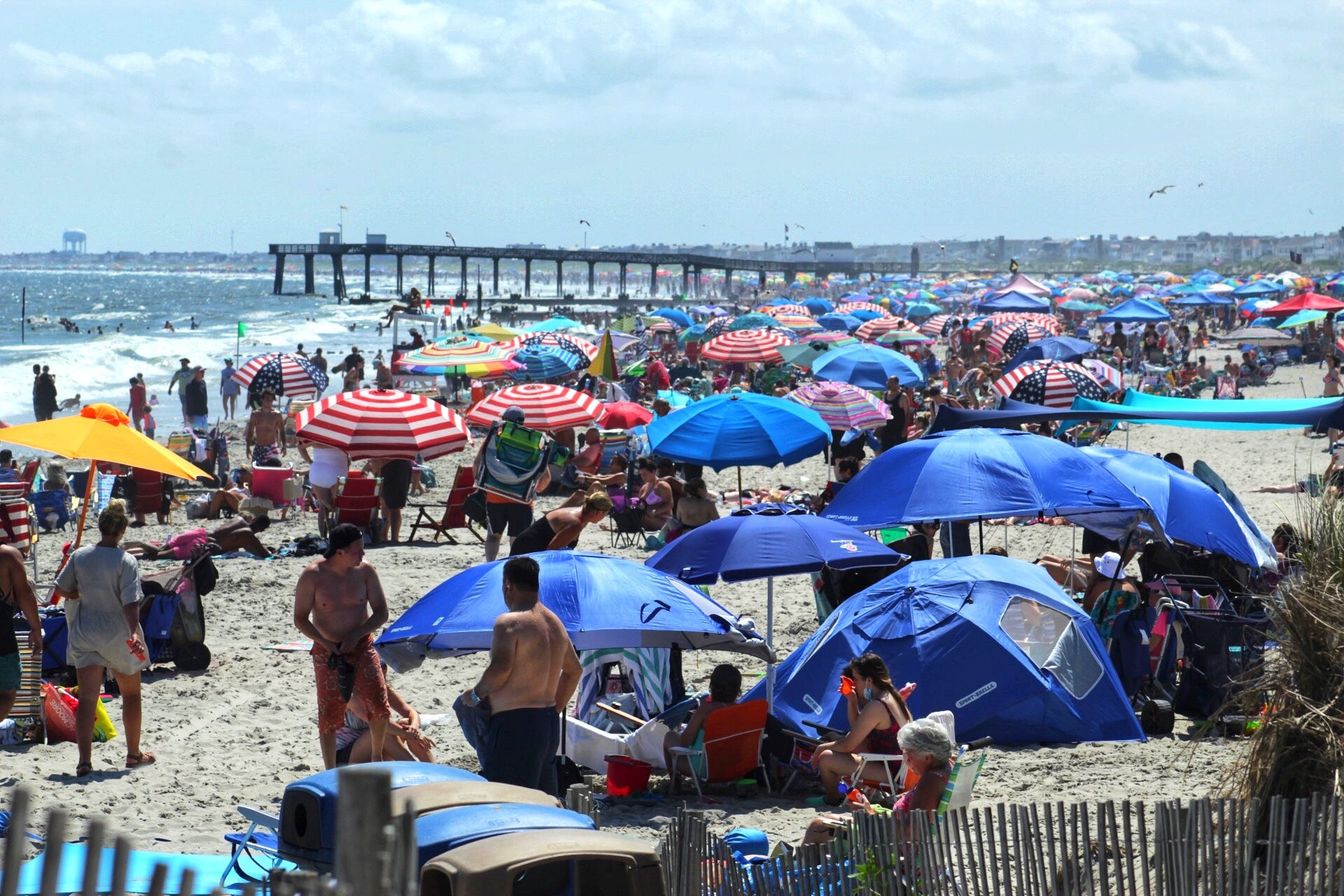 It was intimidating at first, but we found that people remained respectful and set up camp with spaces between their neighbours. 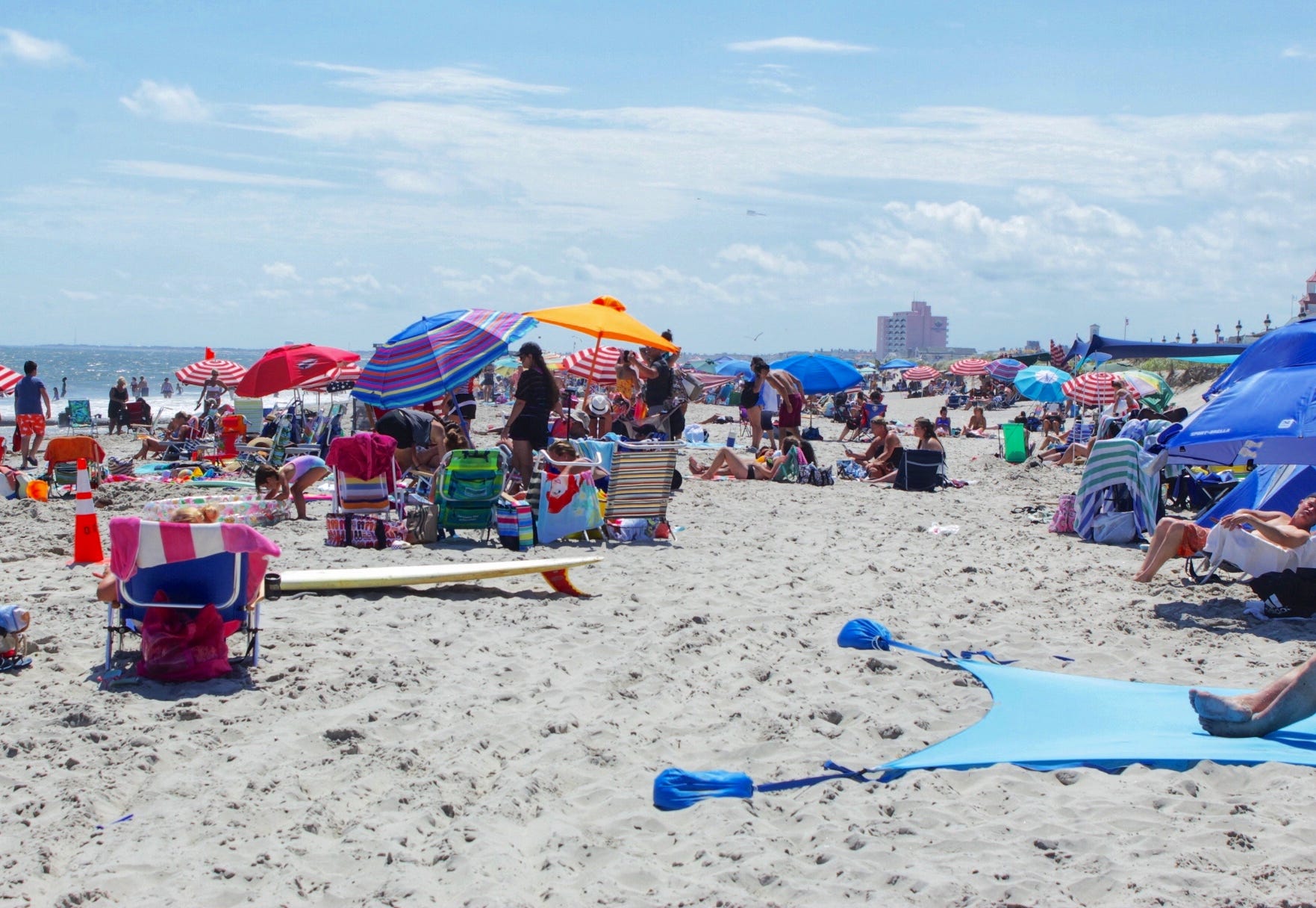 My family lugged a massive tent each day and took shelter further up the coastline, where fewer people were congregated. 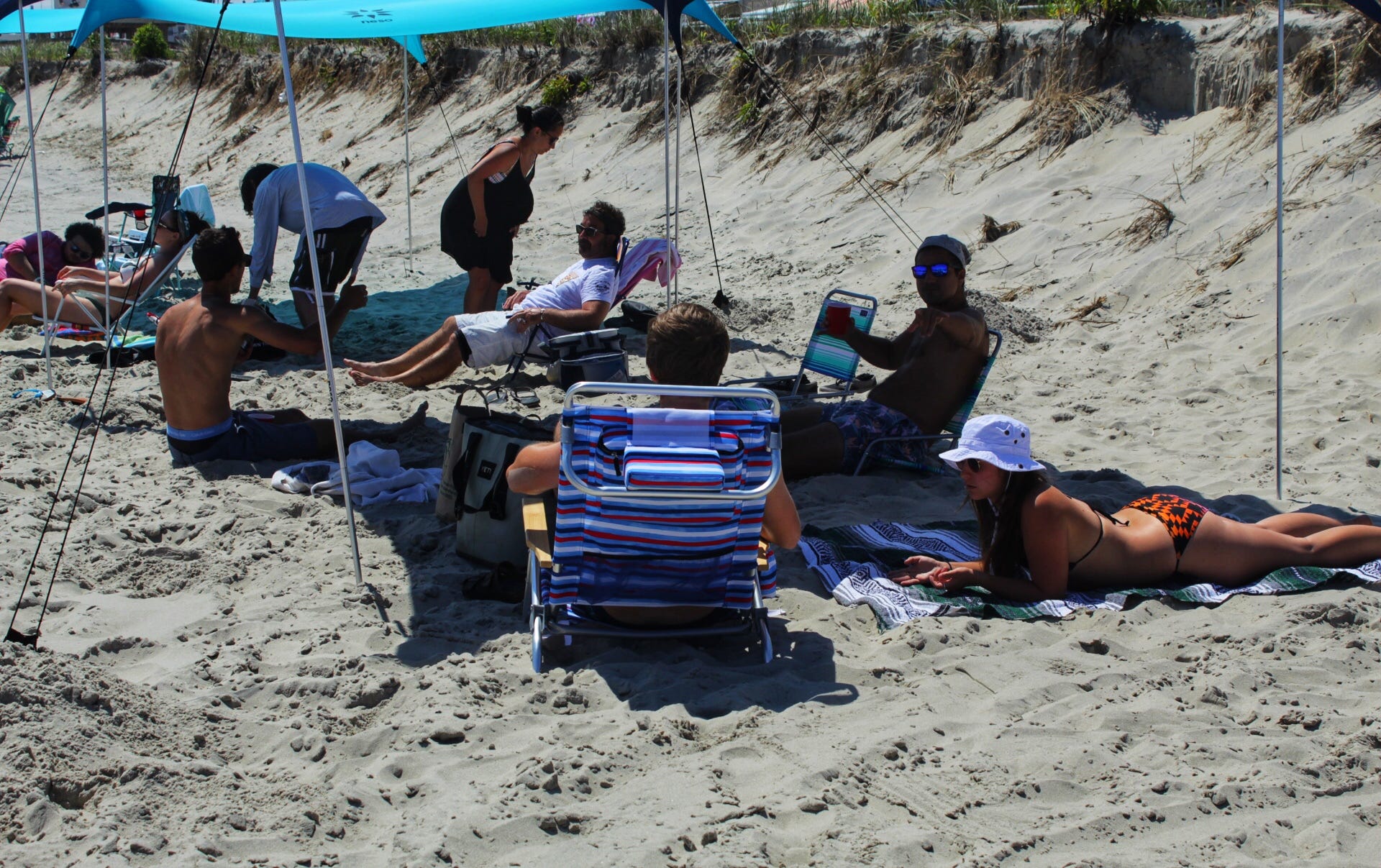 Every day, beach patrol surveyed the area wearing masks and asking people to maintain their distance, while surfers, beach-goers, and sunbathers embraced the warmth of summer. 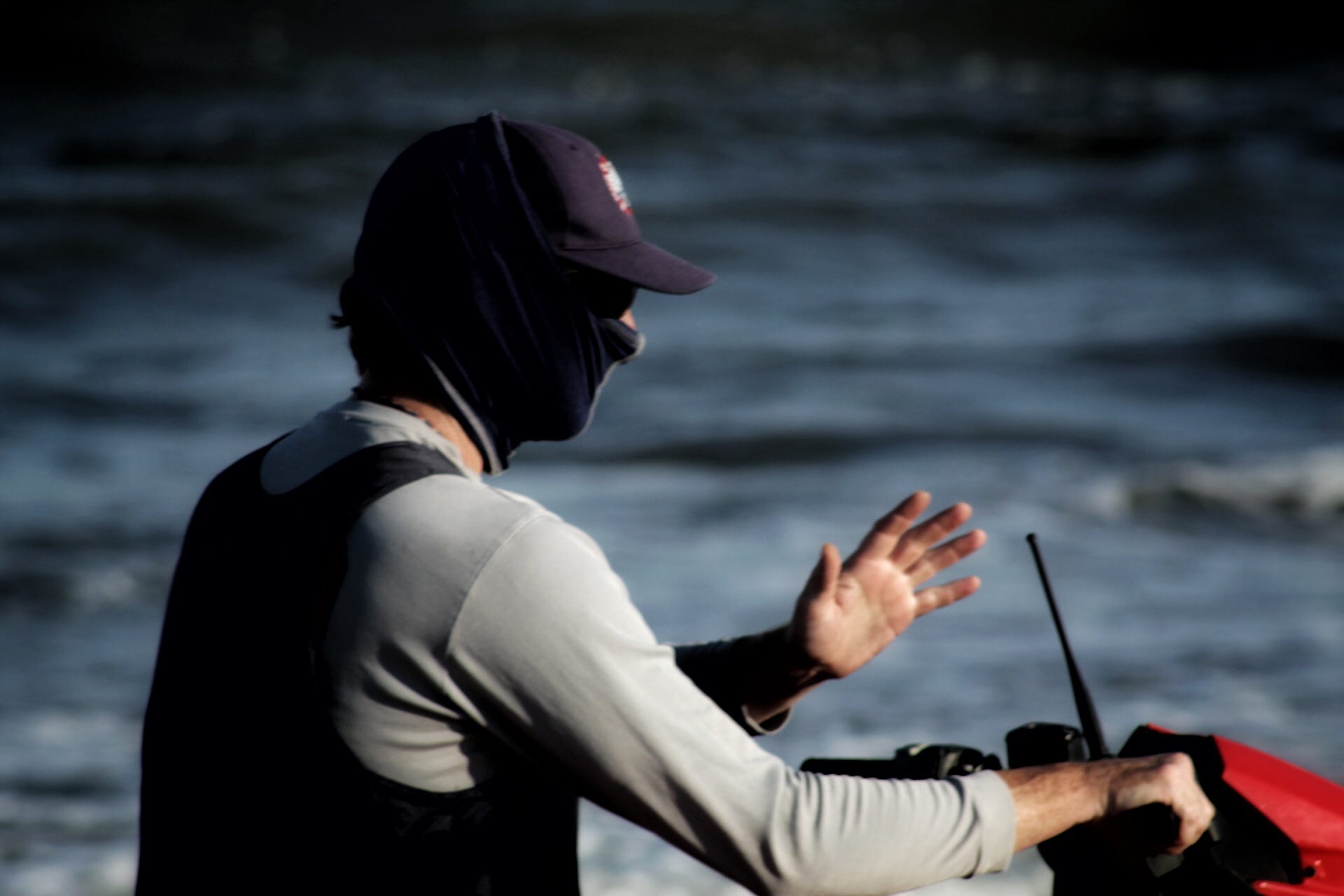 Wearing a face mask isn’t always required outside, but it is mandated under New Jersey law when it isn’t possible to social distance. 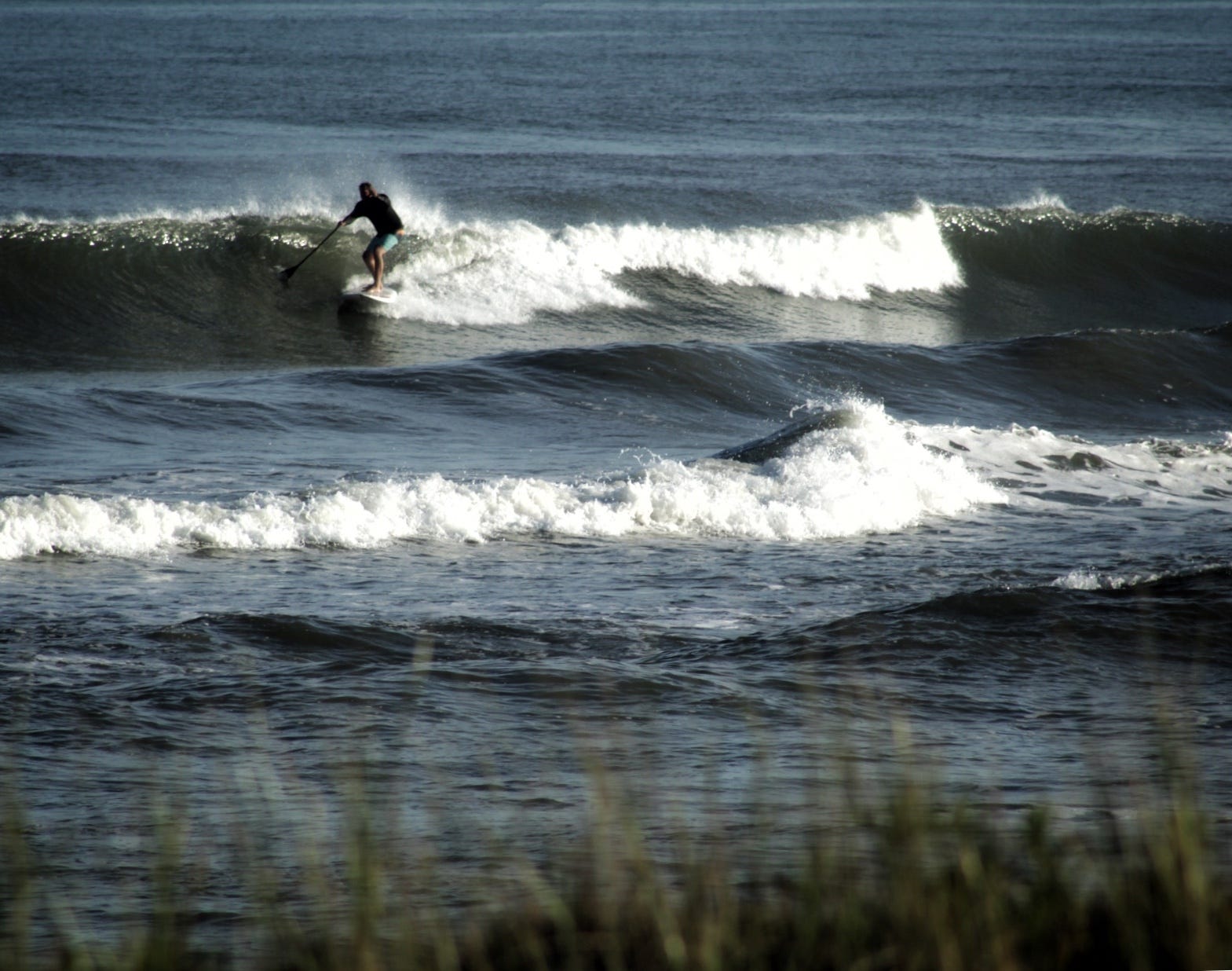 Some vacationers took it as seriously as wearing a mask while sitting on the beach, while others only covered themselves when it was absolutely necessary. 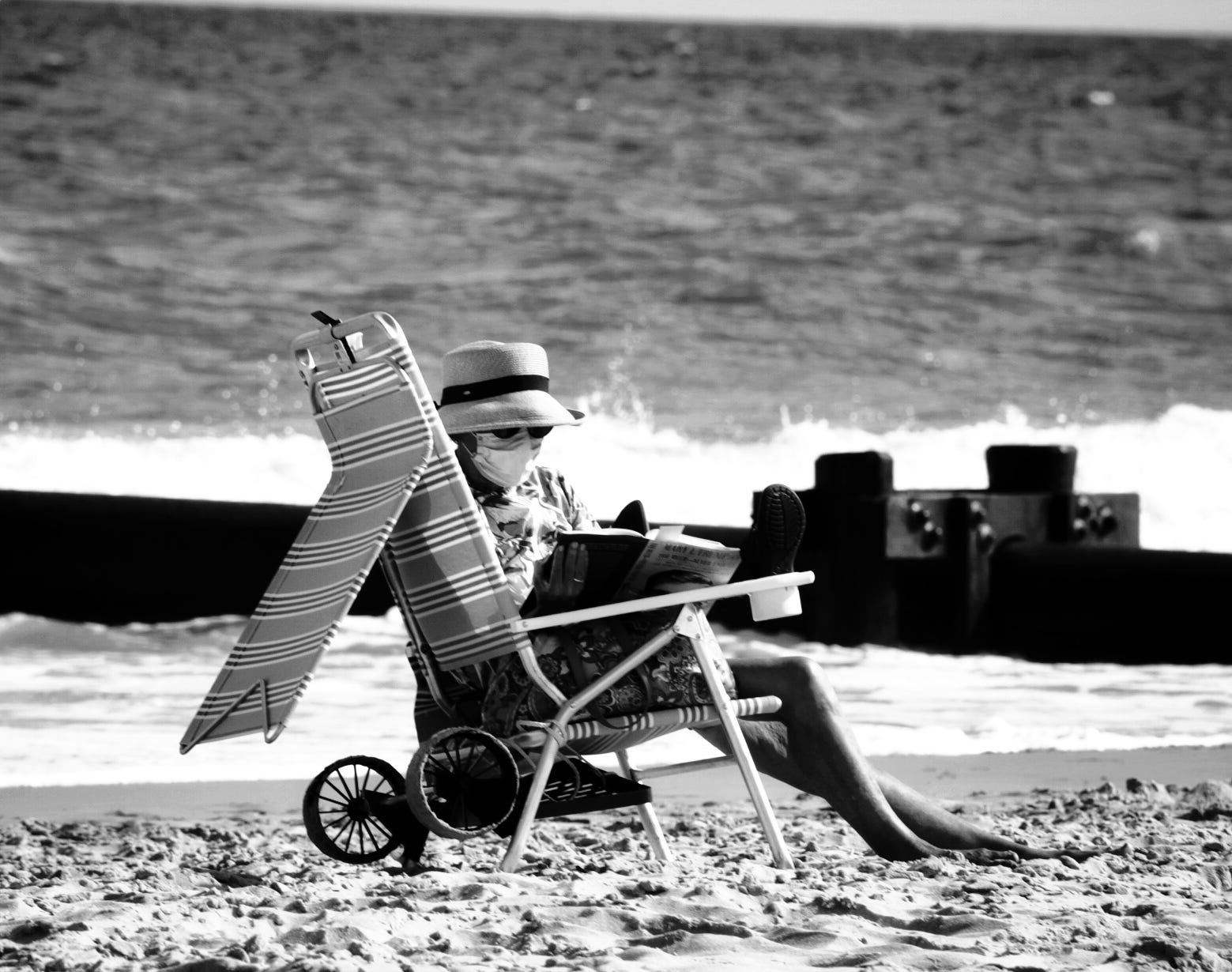 Natalie Colarossi/ InsiderA woman reads on the beach while wearing a face covering.

Members of my family committed to wearing a mask in most situations, such as ordering food on the boardwalk, or walking in an abnormally crowded part of the beach.

Businesses on the boardwalk have taken a hit

Ocean City is an island of about 12,000 inhabitants, and each summer the beach town attracts swarms of tourists, typically coming from the Philadelphia, Baltimore, New York, and New Jersey area. But this year, things felt different.

“Tourism is totally different this year,” Michele Gillian, executive director of the Ocean City Chamber of Commerce, told me. “The slow opening of businesses has been a heavy lift for businesses to recover.”

While the Ocean City business season typically begins at the end of March, Gillian said it started well into the summer this year. On top of that, many of the small businesses on the island have had to invest large portions into COVID-19 preparations.

“Shortening the season and having to invest so much money to make sure we were COVID-19-ready – whether it’s plexiglass, or sanitizers, or masks, or changing store dynamics, or not selling as much, or having shorter hours because there’s less help – there’s so many challenges there,” Gillian said. 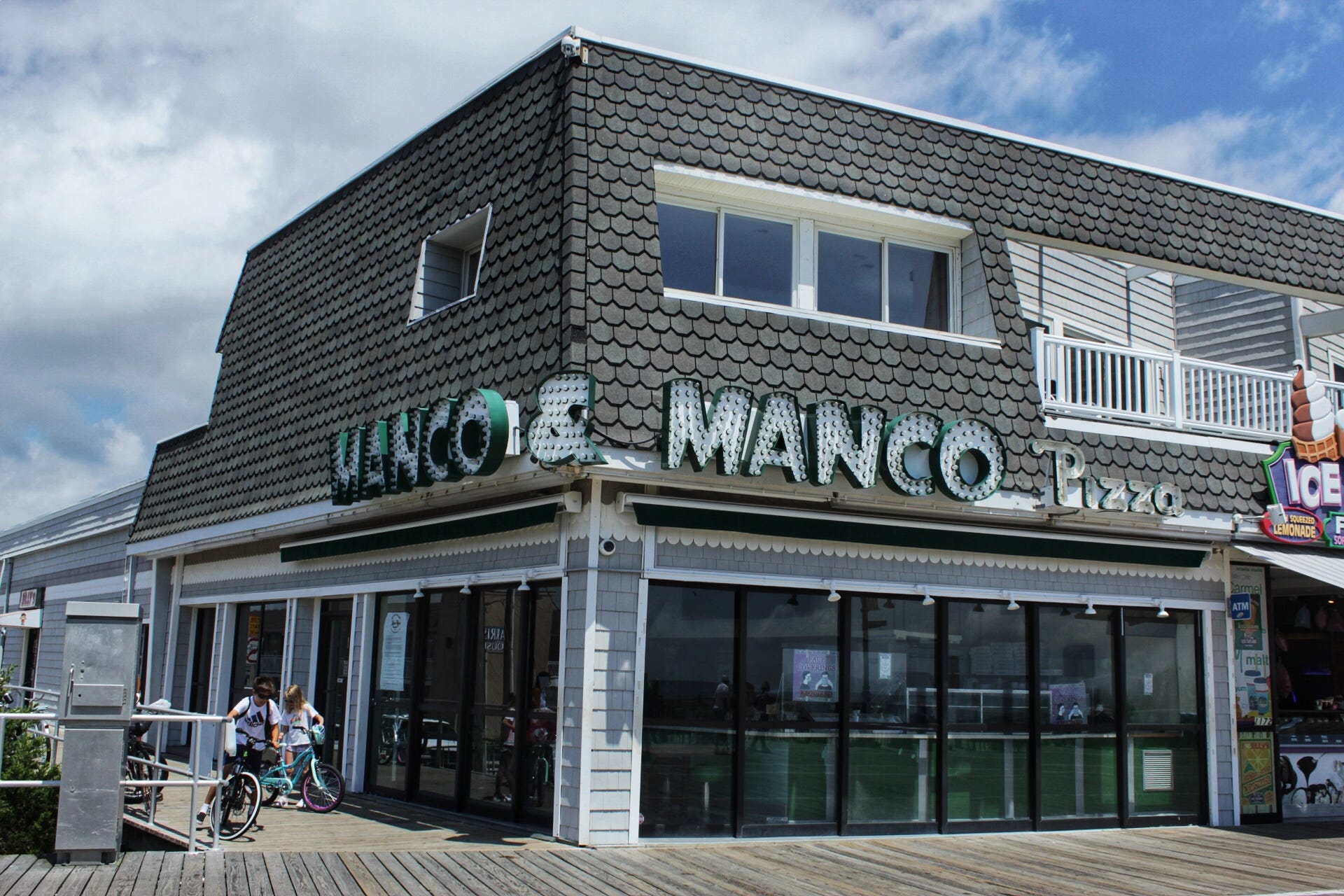 Most restaurants along the boardwalk are open for outdoor dining and takeout, but some establishments had temporarily closed down.

On our second day at the beach, our favourite pizza shop closed after three employees tested positive for the virus, local media reported.

Under state order, the island locked down during the height of the coronavirus outbreak in New York and New Jersey, but restrictions began lifting throughout the month of June. By June 15, outdoor dining and retail became possible and the town welcomed vacationers back for the summer months. 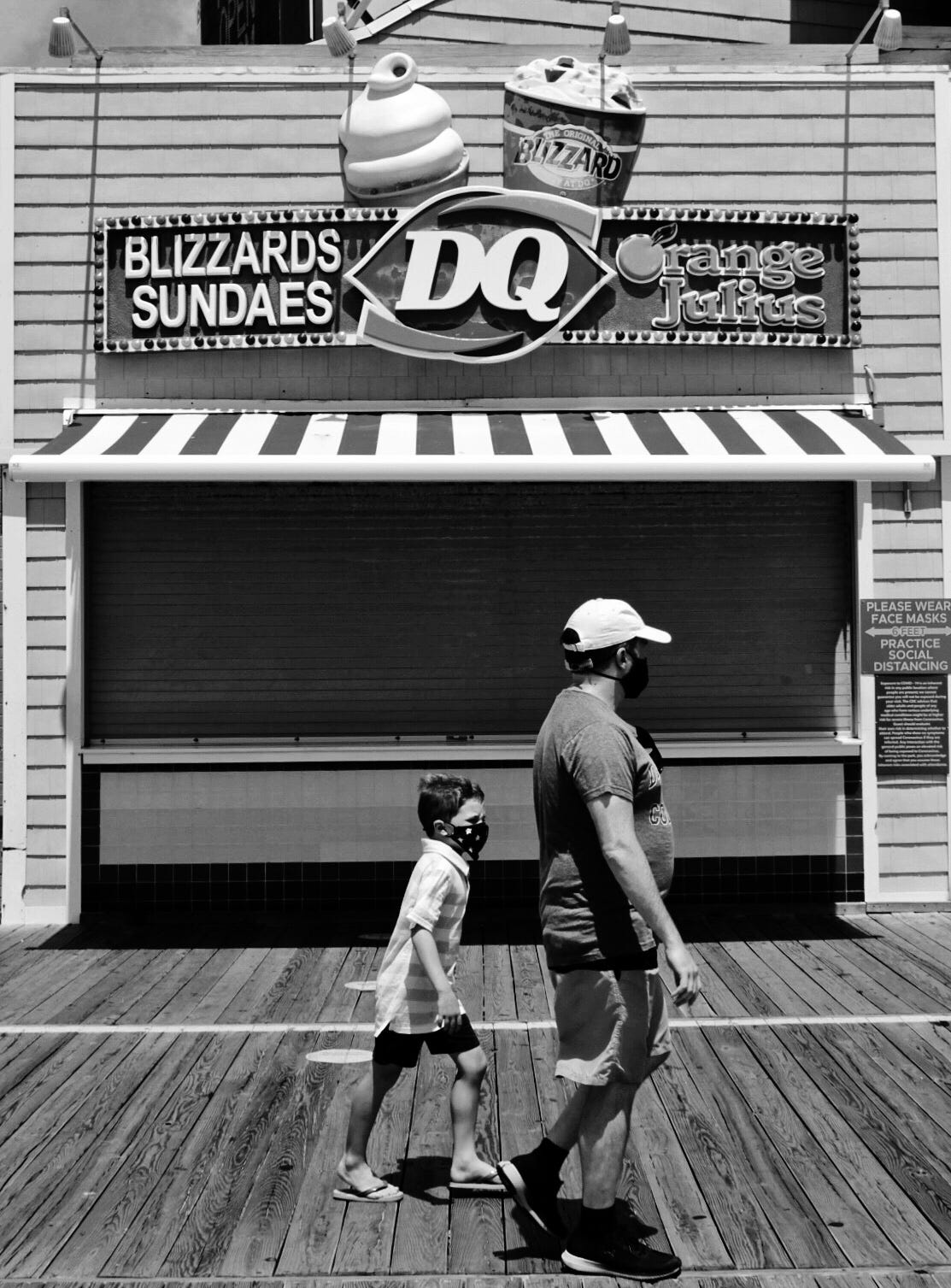 “It’s definitely been a challenge, but we still welcome thousands of people a week,” Gillian said.

While some storefronts elected not to reopen this summer, she said none have had to close their doors permanently yet. “I think we might see that happen toward the end of the season, when people can better evaluate their financial situation,” Gillian said.

Despite this, Gillian believes that most businesses will prevail, and that generations of families vacationing to the shore, like my own, will feel comfortable enough to continue visiting throughout the summer. 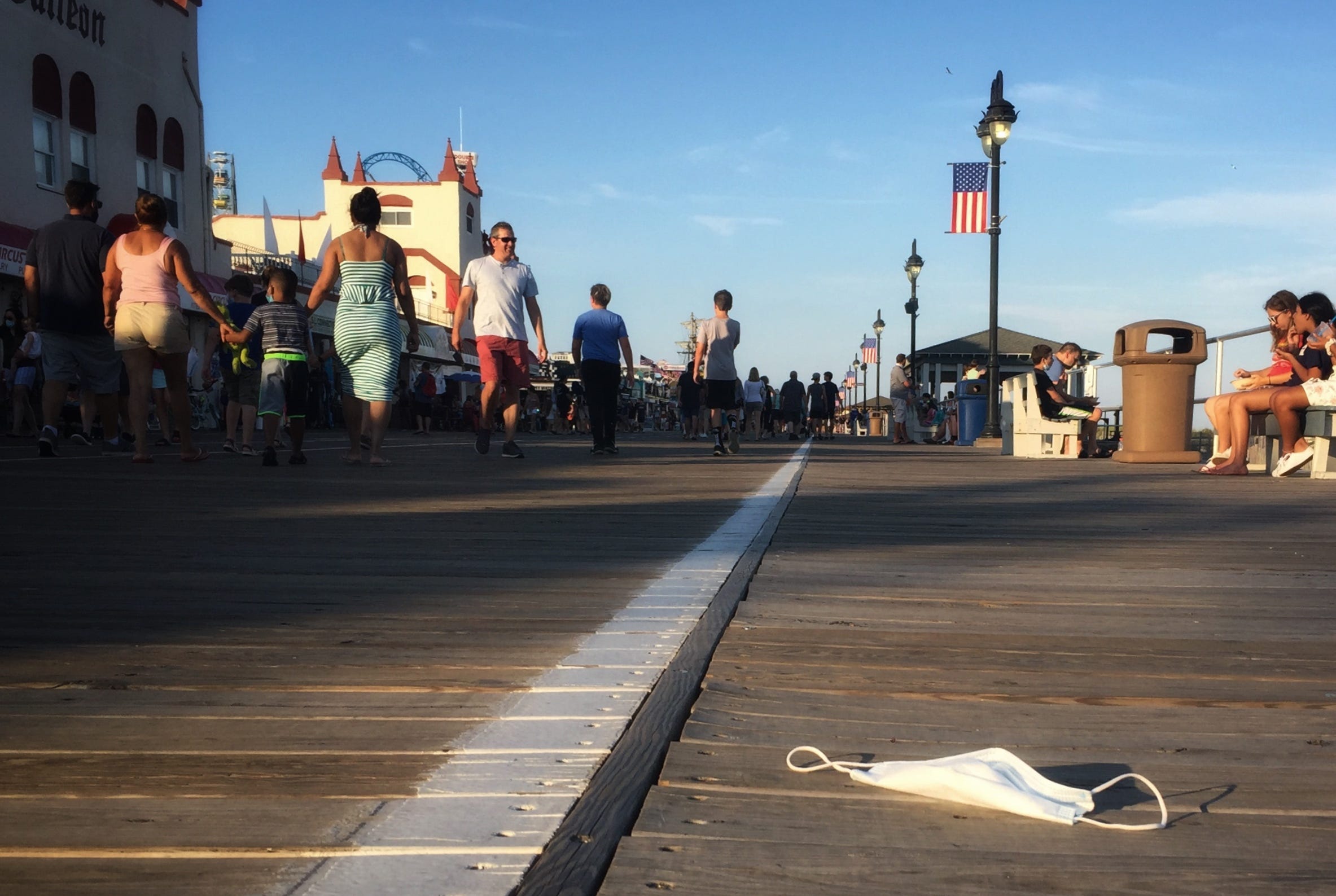 “Ocean City is almost timeless,” Gillian said. “It’s such a traditional vacation for so many people, and even this year it brings you back to all of those memories.”