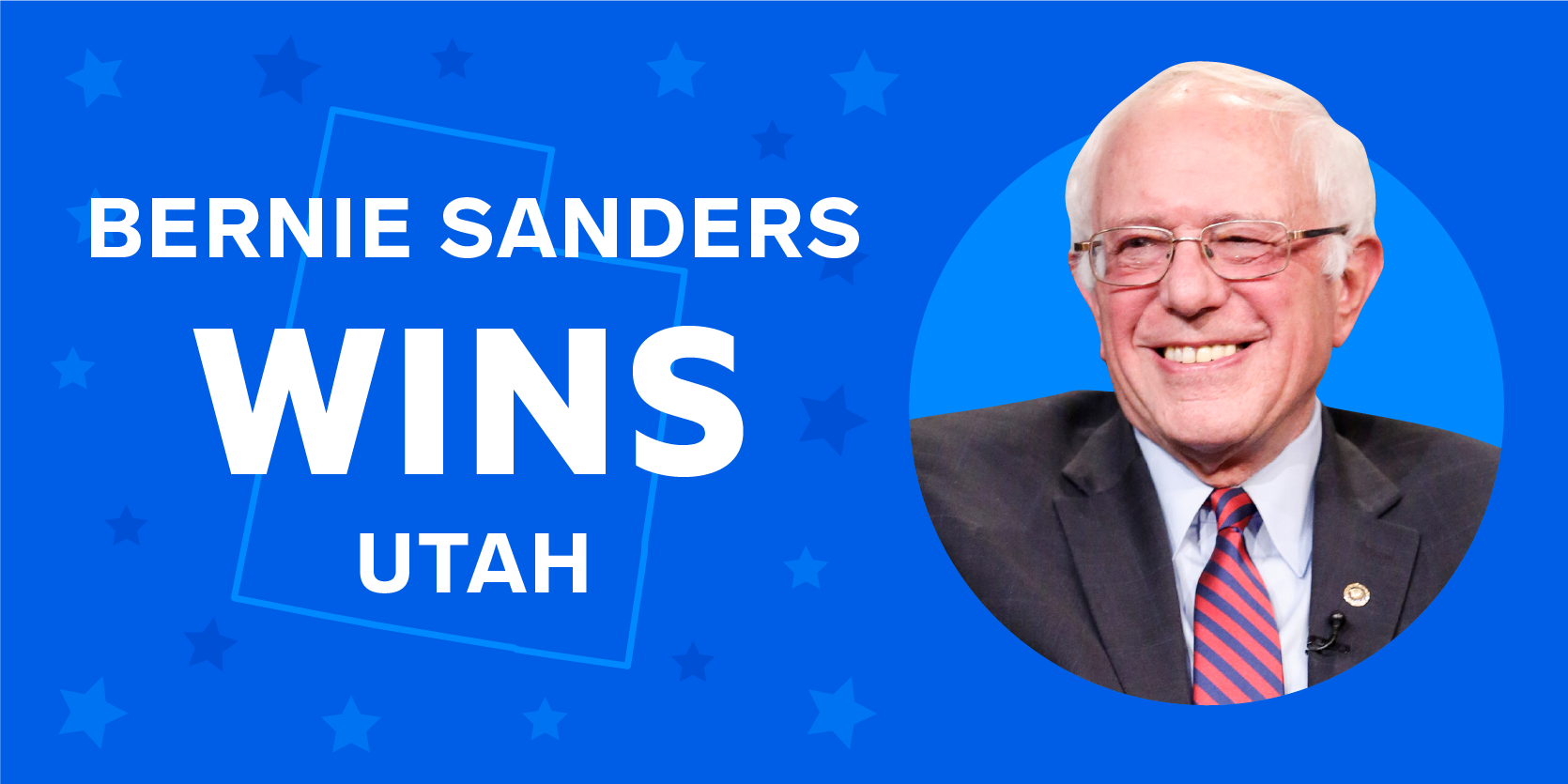 Sanders thanked voters for their support in Utah via Twitter Tuesday night.

The Vermont senator earned a double-digit victory in “The Beehive State,” more than doubling the total votes for next-leading vote getter Joe Biden.

Utah has been allocated 29 pledged delegates who will go to the Democratic National Convention in Milwaukee this July to select the nominee. Of those 29, 10 delegates will be allocated proportionally based on the state-wide vote, while the remaining 19 will be won at the congressional district level. The only purple district in the state is the 4th Congressional District, which is worth 7 delegates; the other three districts are heavily conservative and account for four apiece.

Candidates must reach a 15% threshold in order to win delegates at both the state-wide and congressional district level.

According to RealClearPolitics’ average of the latest polling data prior to the primary, Sanders owned a slight lead, but with just two polls taken from the state in 2020 it was considered a toss-up.

According to FiveThirtyEight’s election forecast, Sanders was forecasted to win 35% of the vote, and in 90% of simulations, he wins the state and leaves with the most delegates.