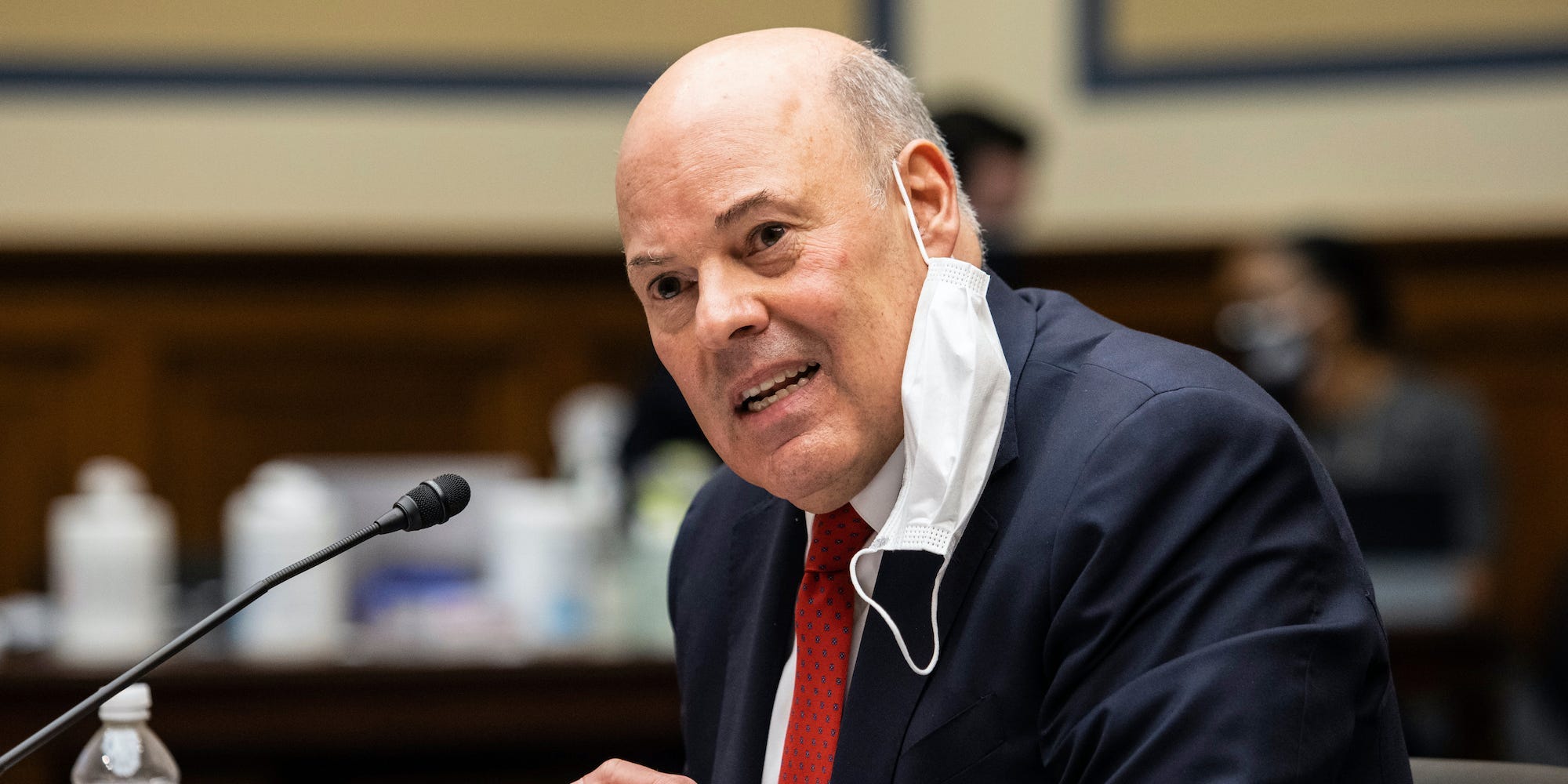 The plan was announced by officials, including Postmaster General Louis DeJoy and USPS Board of Governors Chairman Ron Bloom, at a Tuesday press conference. It is aimed at getting the embattled agency, which operates off of the revenues it earns from mail and package delivery and does not take taxpayer money, onto more solid ground.

“As presently constituted, the Postal Service’s ability to serve its twin mandate to bind the nation together and remain financially self-sufficient is profoundly threatened,” Bloom said. “Without action, our service will continue to deteriorate, and our public service mission will be threatened”

A major component of the newly unveiled plan is scaling up and modernizing logistics operations to meet the increasing demand for fast package delivery.

The agency also plans to make adjustments to mail services. The Postal Service, which says it has not consistently met its current first-class delivery standards in eight years, plans to extend delivery timelines for some first-class mail by one or two days, and modify hours at some post office locations.

Currently, postage rates start at 35 cents ($0.46) for postcards, 55 cents ($0.72) for regular envelopes, 91 cents ($1.19) for marketing mail, and $US7.16 ($9) for Priority Mail. Postage and package delivery rates could be increased to meet the evolving demands of Postal Service customers, but any rate hikes would need to be approved by the Postal Regulatory Commission.

Bloom said that while most of the strategic plan is “self-help,” the agency will ask for “legislative relief” from Congress to be released from its current requirement to pre-fund all its existing pension obligations and also to be able to integrate its health plans with Medicare.

Details of the new strategy were first reported by The Washington Post and CNN.

While the agency successfully processed and delivered a record-high number of mail ballots in the 2020 election, mail and packages were delayed for millions of Americans over the busy holiday season. DeJoy called the backup and delays “unacceptable” when testifying before the House of Representatives on February 24.

The agency reported $US9.2 ($12) billion in net losses in the fiscal year 2020 and $US87 ($113) billion in losses over the past 14 years, largely driven by factors including a precipitous decline in mail volume. Officials said that if the agency stays on its current trajectory, it will lose $US160 ($209) billion over the next 10 years.

In total, first-class mail volumes fell by 4.2% and marketing mail fell by over 15% while package volumes increased by 18.8% over 2019 levels as e-commerce surged during the pandemic.

The significant decline in Americans using the Postal Service due to the pandemic accelerated the years-long reductions in first-class mail volume, which has fallen by over 30% in the past decade, and only exacerbated existing financial woes that have been years in the making.

But in recent years, the continued success of package delivery and substantial increases in package volume the agency processed over 2019 levels has helped soften the blow of the sharp decline in first-class mail, and improved the agency’s still-shaky financial outlook.

DeJoy, a former shipping and logistics executive and major GOP donor, was appointed by the agency’s board of directors to replace former Postmaster General Megan Brennan beginning in 2020.

Throughout his tenure, DeJoy has faced substantial blowback and calls for his resignation or ouster over his efforts to scale back services and cut costs to improve the agency’s financial outlook. The controversy over DeJoy’s service changes in the lead-up to the 2020 election led to multiple lawsuits over the agency’s decisions, many of which DeJoy voluntarily rolled back or halted until after the election.

Those changes included limiting overtime for mail carriers, reducing late trips, and continuing to execute strategic plans (that were in place before DeJoy took office), to remove certain sorting machines and blue collection boxes in order to account for the decline in first-class mail.

Only the board of governors – not even President Joe Biden – has the power to fire and replace DeJoy.