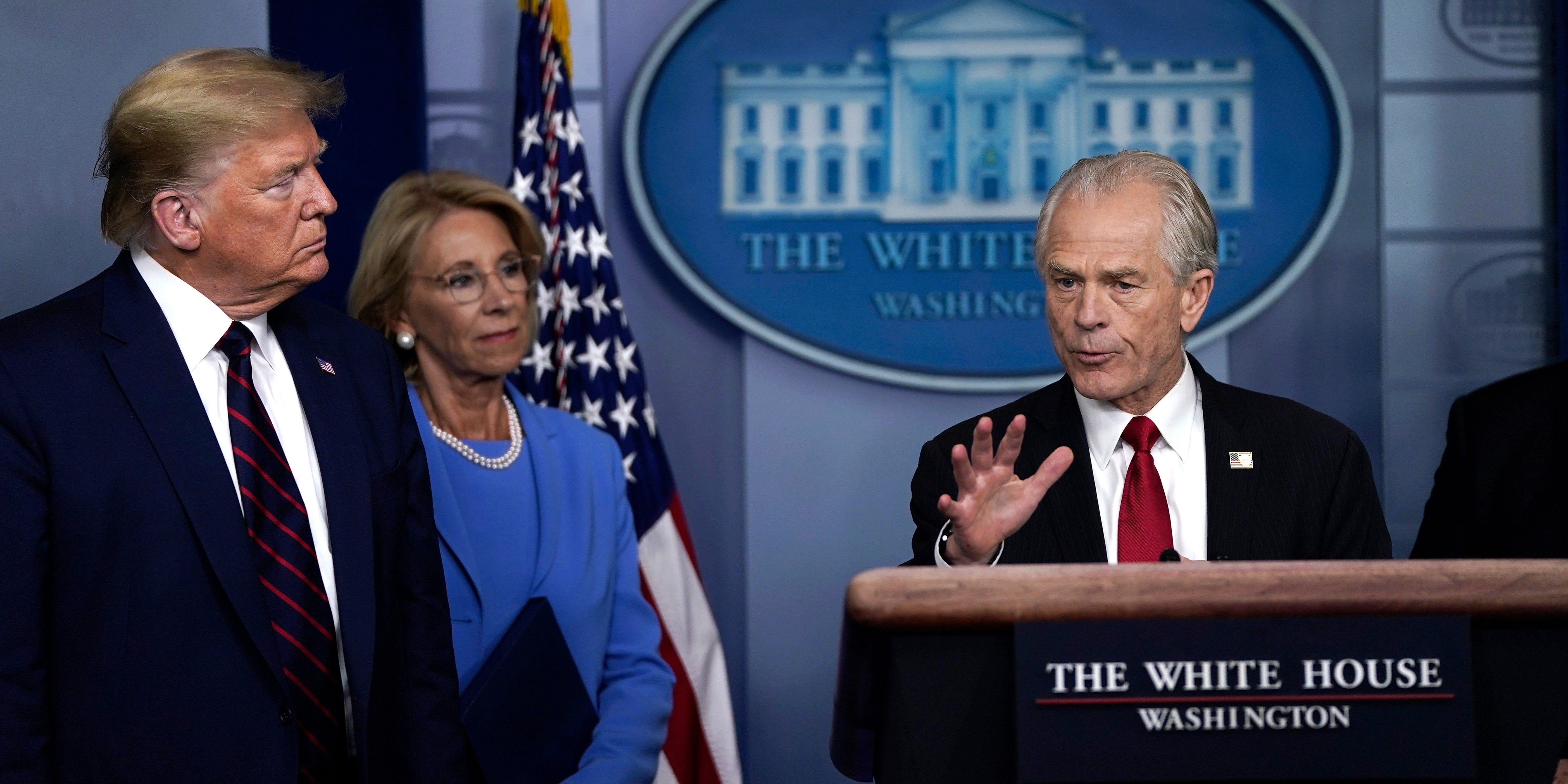 USA Today explained its reasoning for publishing the op-ed in a disclaimer above the piece, saying it was published with the intent to display it an “opposing view” on the publication’s editorial, which largely hailed Fauci as a “national treasure” and leading health expert amid the uncertainty of the coronavirus pandemic.

“We felt it was newsworthy because it expanded on those comments, put an on-the-record name to the attacks on Fauci, and contradicted White House denials of an anti-Fauci campaign,” Bill Sternberg, USA TODAY editorial page editor, wrote in the disclaimer.

“However, several of Navarro’s criticisms of Fauci – on the China travel restrictions, the risk from the coronavirus and falling mortality rates – were misleading or lacked context,” he continued. The disclaimer also included a link to a fact-checking article disputing some of the claims Navarro made in the op-ed about Fauci.

Sternberg wrote that USA Today reached out to Navarro to write the op-ed due to him being openly critical of Fauci, but added that they did not confirm with the trade advisor if he had gotten the go-ahead from the White House to publish it.

Following the release of the op-ed, the White House said the Navarro’s op-ed was an “independent action” that had violated its “well-established” protocols.

“Peter Navarro’s statement or op-ed, or whatever you want to classify it as, was an independent action that was a violation of well-established protocols that was not supported overtly or covertly by anybody in the West Wing,” Meadows told reporters aboard Air Force One on Wednesday.

A report from the Los Angeles Times, however, quotes an anonymous official saying about the op-ed: “Not only was he authorised by Trump, he was encouraged.”

President Donald Trump then condemned Navarro for publishing the op-ed, reiterating that the trade advisor was “representing himself” in expressing his viewpoints about Fauci, and that “he shouldn’t be doing that.”