US weekly jobless claims fall more than expected to 751,000 as labour-market recovery continues 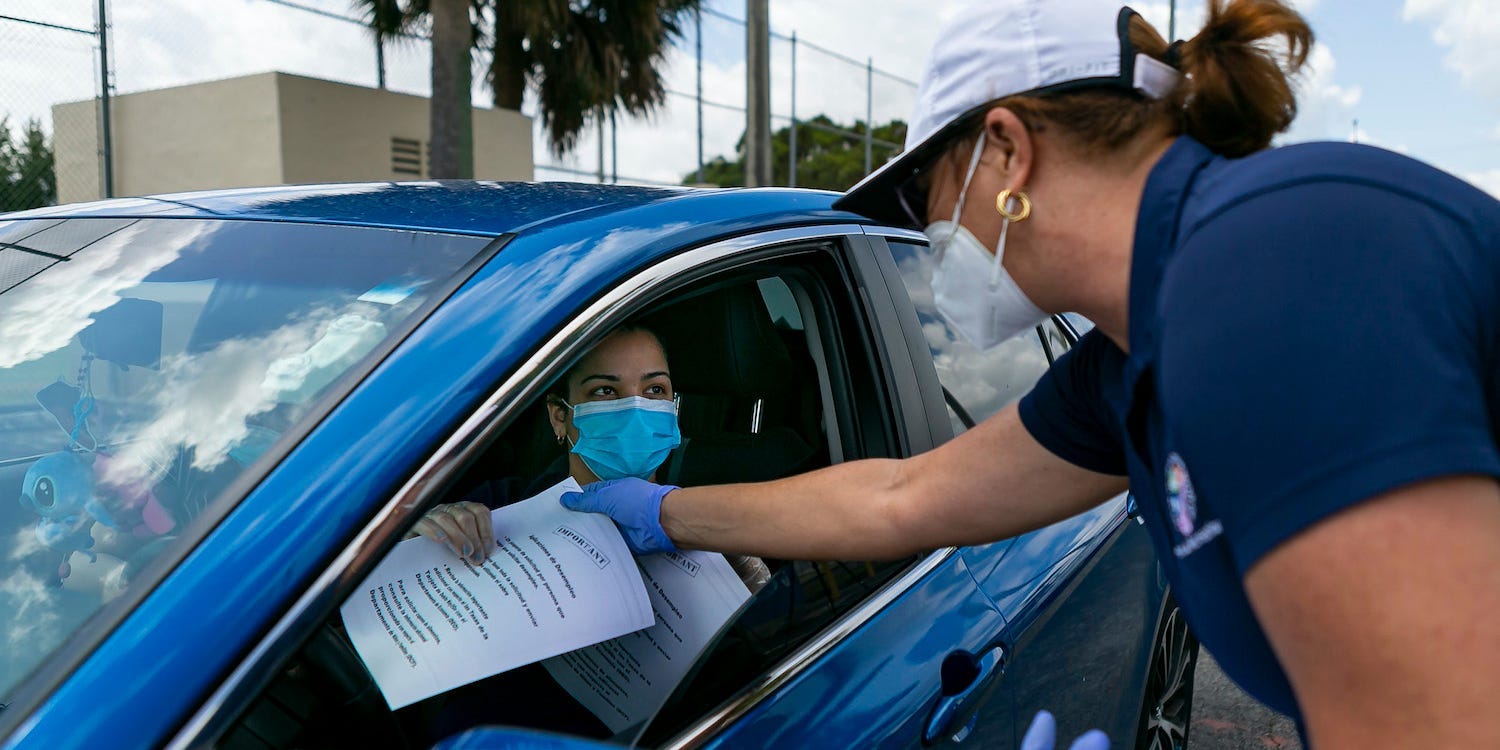 The number of Americans filing for unemployment insurance fell by more than expected last week as the US labour market’s recovery advanced.

New US weekly jobless claims totaled an unadjusted 751,000 for the week that ended Saturday, the Labour Department said Thursday morning. Economists surveyed by Bloomberg expected claims to land at 770,000. The reading marks a decline from the previous week’s revised total.

Continuing claims, which track the aggregate total of Americans receiving unemployment benefits, fell to 7.8 million for the week that ended October 17. That reading was in line with the median economist estimate.

Thursday’s report follows a larger-than-expected decline in claims for the week that ended October 17. Filings fell to an unadjusted total of 787,000 from 898,000. Economists expected claims to decline only slightly to 870,000. The slide also brought claims below 800,000 for the first time since the pandemic slammed the US in March.

More than 66 million unemployment insurance filings have been made since March, trouncing the 37 million seen during the 18-month Great Recession. Thursday’s reading, while lower than past levels, still exceeds the 665,000 filings made during the Great Recession’s worst week.

While the decline in claims recently picked up speed, US coronavirus cases have surged higher. The virus’ global resurgence prompted France and Germany to announce new lockdowns, reviving concerns of new quarantine orders in the US. Such action could reverse the nation’s economic recovery and prompt new layoffs.

Economists will get a better look at the labour market’s health next week. ADP will on Wednesday report private payroll additions in October, and the Bureau of Labour Statistics is due to publish its October nonfarm payrolls data on Friday. With the unemployment rate having retraced nearly half of its March spike, experts will look to see whether the pace of labour-market improvement moderates further or holds steady.