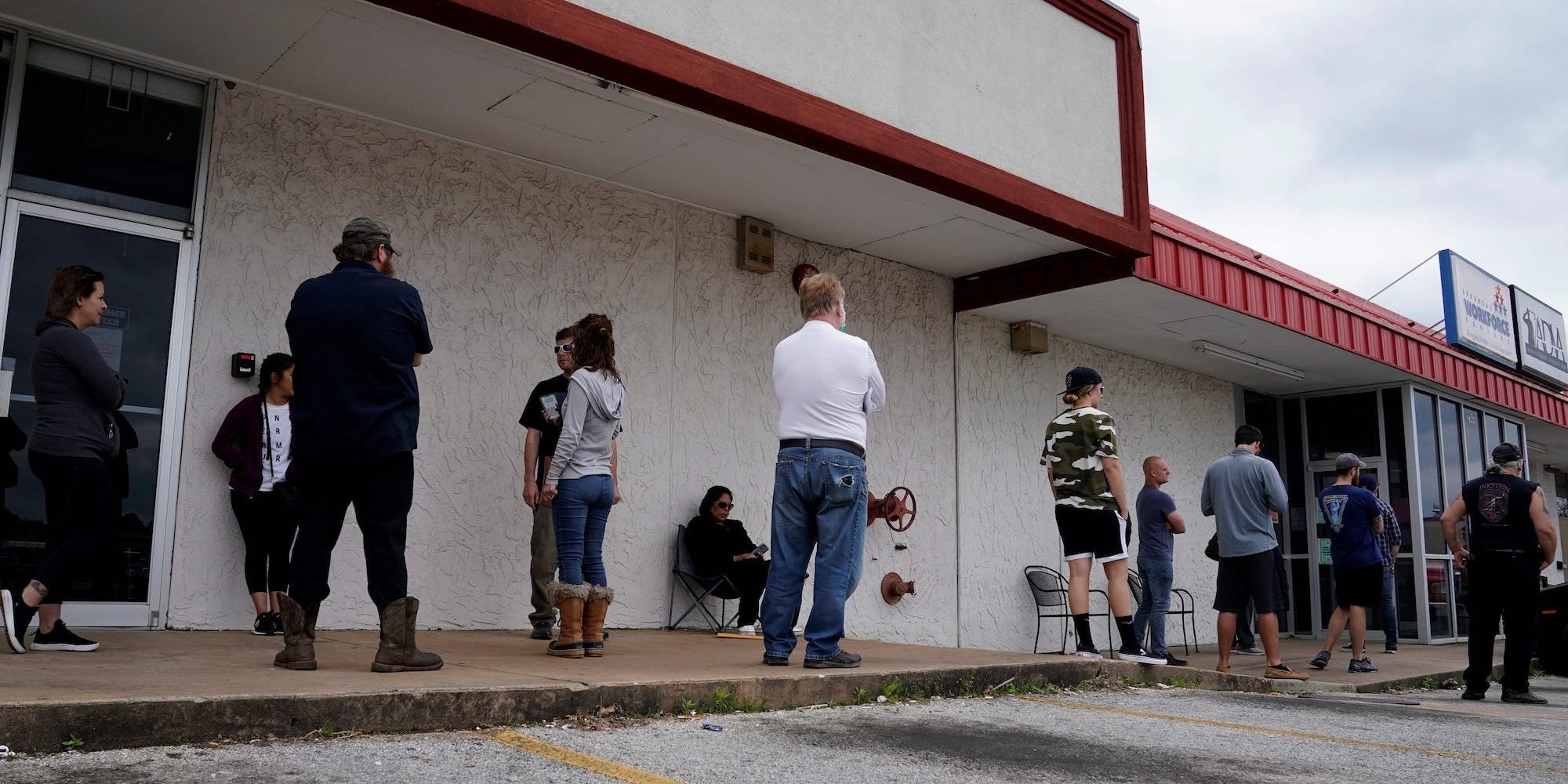 The number of Americans filing for unemployment benefits rose last week as the ongoing labour-market recovery faltered, bucking a decline predicted by economists.

New US jobless claims totaled an unadjusted 885,000 for the week that ended Saturday, the Labour Department said Thursday. That was a 14-week high and came in above the 818,000 estimate from economists surveyed by Bloomberg. The reading also marked a slight increase from the previous week’s revised total of 862,000.

Continuing claims, which track the aggregate total of Americans receiving unemployment benefits, declined to 5.5 million for the week that ended December 5. That came in below economist estimates.


Read more:
Fund manager Brian Barish has returned more than 550% to investors over 2 decades, and he just had 2 of his best years ever. He told us how he did it â€” and 3 top picks for the next 5 years.

More than 71 million filings for unemployment benefits have been made since claims first spiked higher in March. That’s nearly double the 37 million filings made during the 18-month Great Recession, in less than half the time. Weekly totals have also failed to fall below the 665,000 filings seen during the worst week of the previous economic downturn.

The Thursday release follows a surprise jump in filings seen in the last week of November. After slowly trending lower through the fall, weekly claims leaped to an 11-week high. Continuing claims saw their first week-over-week increase since August. Some economists attributed the increase to backlogs from the Thanksgiving holiday.

The labour market’s backdrop continues to worsen around the US. The country reported a record 232,258 new coronavirus cases on Wednesday, according to The COVID Tracking Project. Hospitalizations climbed above 113,000, and Johns Hopkins University’s count of virus deaths sits above 300,000. Some city and state governments are preparing to reenter full lockdowns to counter the virus’ community spread.

Even stricter economic restrictions could be offset by near-term stimulus. Democrats and Republicans are nearing a compromise on a fiscal-support package with a price tag just under $US900 billion. The measure is set to include aid for small businesses and another round of direct payments to Americans. With government funding set to expire on Friday, lawmakers are expected to roll out a stimulus deal before the week is out.


Read more:
A hedge fund manager explains why betting on volatility can amplify portfolio-wide returns like Dennis Rodman during the Chicago Bulls dynasty â€” and shares how to build a dragon portfolio designed to win over the next 100 years