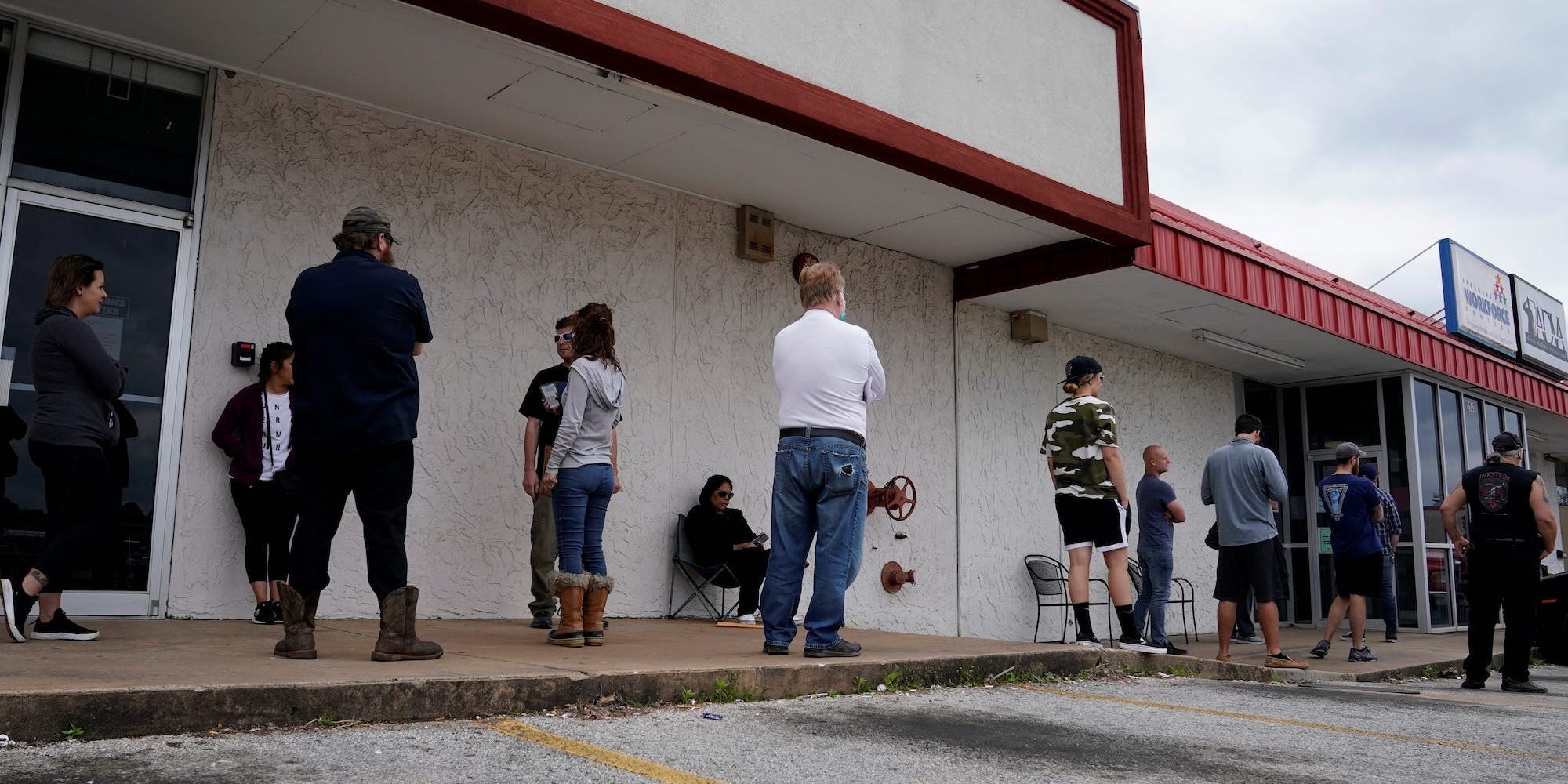 The number of filings for US unemployment insurance rose last week, defying economist estimates that called for a decline. The latest data suggests the ongoing labour-market recovery is faltering.

New weekly jobless claims totaled an unadjusted 778,000 for the week that ended Saturday, the Labour Department announced Thursday. Economists surveyed by Bloomberg expected a reading of 730,000. The total also lands above the previous week’s revised total of 748,000 and marks a second straight increase after four consecutive periods of declines.

Continuing claims, which track the aggregate total of Americans on unemployment insurance, decreased to 6.1 million for the week that ended November 14. But that still came in slightly above the consensus estimate. 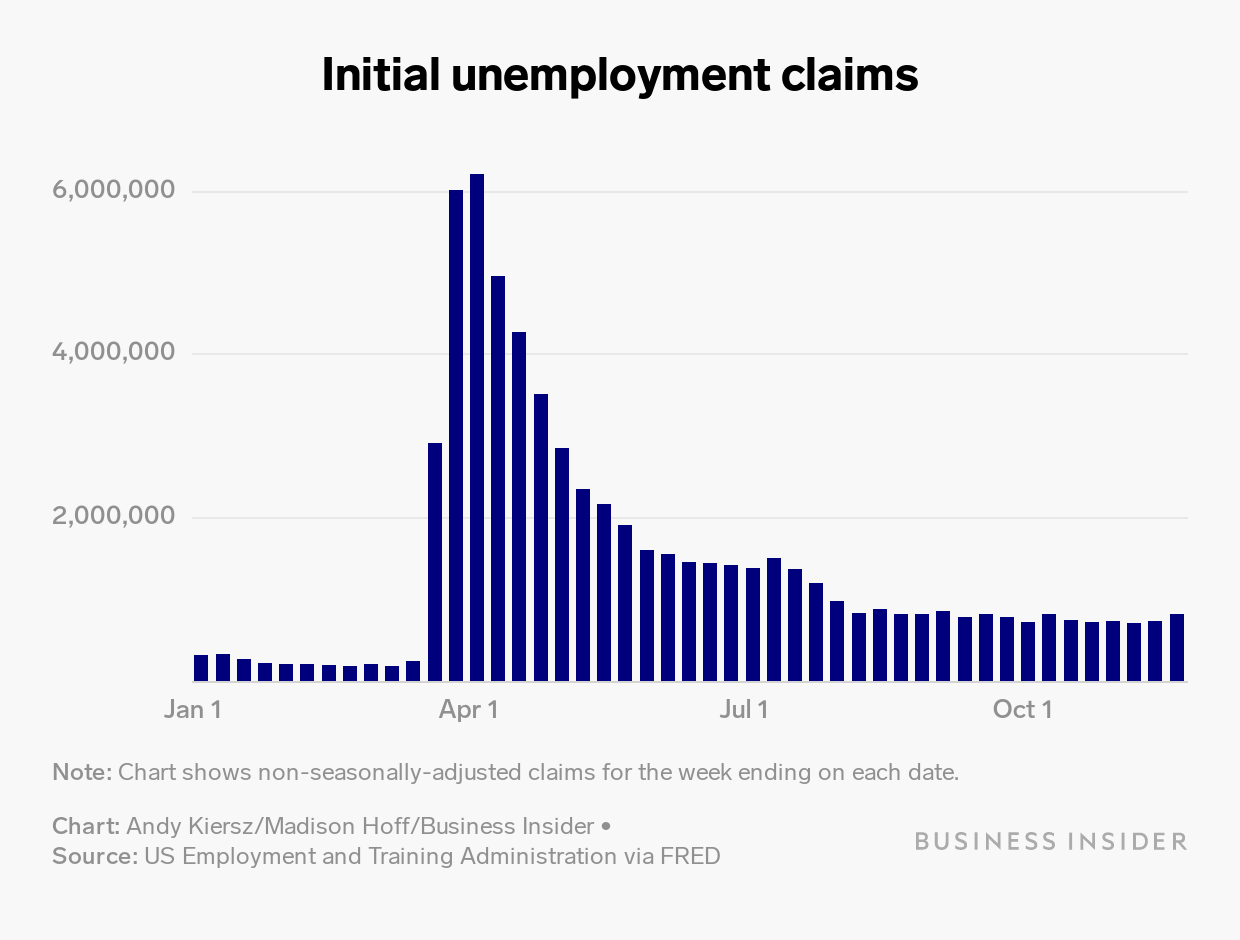 The waning pace of improvement comes as the nation faces off against surging COVID-19 case counts. The US has reported 169,381 new coronavirus a day on average for the past seven days, including 166,672 new cases on Tuesday, according to The COVID Tracking Project. Daily deaths have surpassed 2,000, and the total number of coronavirus-related hospitalizations has exceeded 88,000.

State and local governments have tried to slow infection rates by implementing new lockdown measures such as school closings and curfews. While such actions may show improvement in the coming weeks, economists fear the restrictions will diminish an already weakening recovery.


Read more:
Goldman Sachs says to buy these 26 stocks poised to deliver the strongest earnings growth in 2021 as the S&P 500 surges another 20%

JPMorgan lowered its economic growth estimate for the first quarter of 2021 on Friday, saying the coronavirus’ resurgence would make for a “grim” winter. The bank’s economists now expect the US economy to shrink 1% in the first three months of the new year. While economic reopening in the summer boosted spending, “the economy no longer has that tailwind,” JPMorgan said.

Goldman Sachs has similarly lowered the amount it expects US gross domestic product â€” a measure for the size of the economy â€” to grow in the first quarter of next year, citing rising case counts and new economic restrictions for the downward revision. The firm still expects 1% growth.