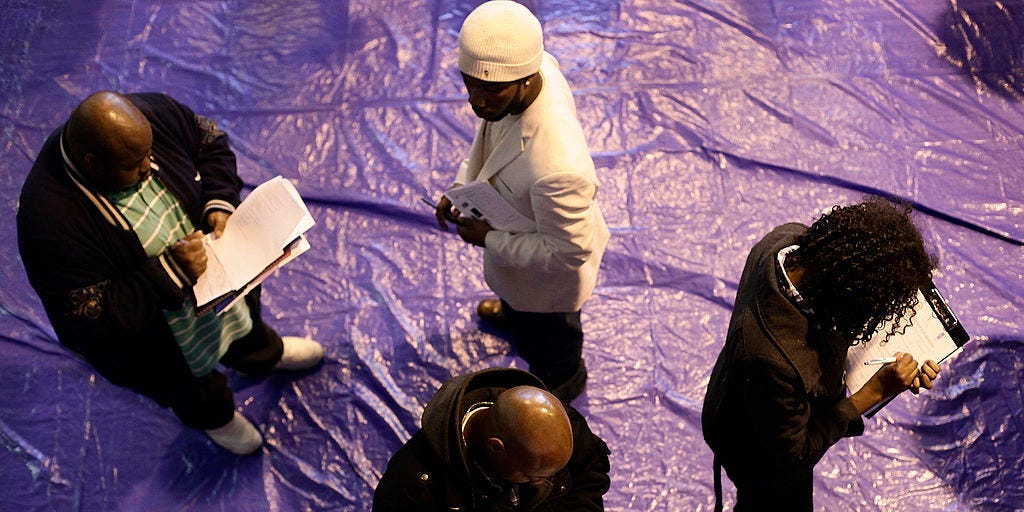 The number of Americans filing for unemployment benefits declined last week but still came in higher than economist expectations, implying a slowdown in the US labour-market recovery.

New weekly US jobless claims totaled an unadjusted 751,000 for the week that ended Saturday, the Labour Department announced Thursday morning. Economists surveyed by Bloomberg expected claims to fall to 735,000. Still, Thursday’s reading marked a decline from the previous week’s revised total of 758,000.

Continuing claims, which track the aggregate total of Americans receiving unemployment benefits, slid to roughly 7.3 million for the week that ended October 24. That reading came in slightly above economist estimates.


3 veteran investors share where to invest now to build resilient, long-term portfolios that win even if the elections produce a gridlocked government

The latest claims reading ends a streak of better-than-expected reports through October. Filings had recently fallen faster than anticipated, suggesting the US labour market’s recovery could be picking up speed despite a lack of new relief funding from the federal government. The Labour Department’s previous report saw claims fall to 751,000, beating the 770,000 estimate.

At the same time, the weekly numbers are still historically high and remain well above the 665,000 filings made during the Great Recession’s worst week. Nearly 67 million unemployment insurance filings have been made since the coronavirus slammed the economy in March. That handily tops the 37 million filings made during the 18-month Great Recession.

The latest report arrives with coronavirus cases spiking to record highs throughout the US. European nations including England, France, and Germany have all recently announced new lockdowns to try to stem the spread of the virus. The first series of widespread state lockdowns in the US curbed consumer spending and fuelled massive layoffs. A second freeze could drive the double-dip recession some economists have warned about.


Read more:
An advisor at the world’s largest wealth manager breaks down why a Biden win and a split congress is the best long-term outcome for markets â€” and says investors should look to these 4 subsectors for ongoing gains

The latest claims reading also follows a worse-than-anticipated report from ADP. The US added 365,000 private payrolls in October, according to data published Wednesday. The reading came in well below the median economist estimate of 643,000 payrolls and was more than half the September increase.

Economists will get their best diagnosis of the labour market’s October trend on Friday when the government publishes its nonfarm payrolls report. The release is expected to show the unemployment rate falling moderately from 7.9%.