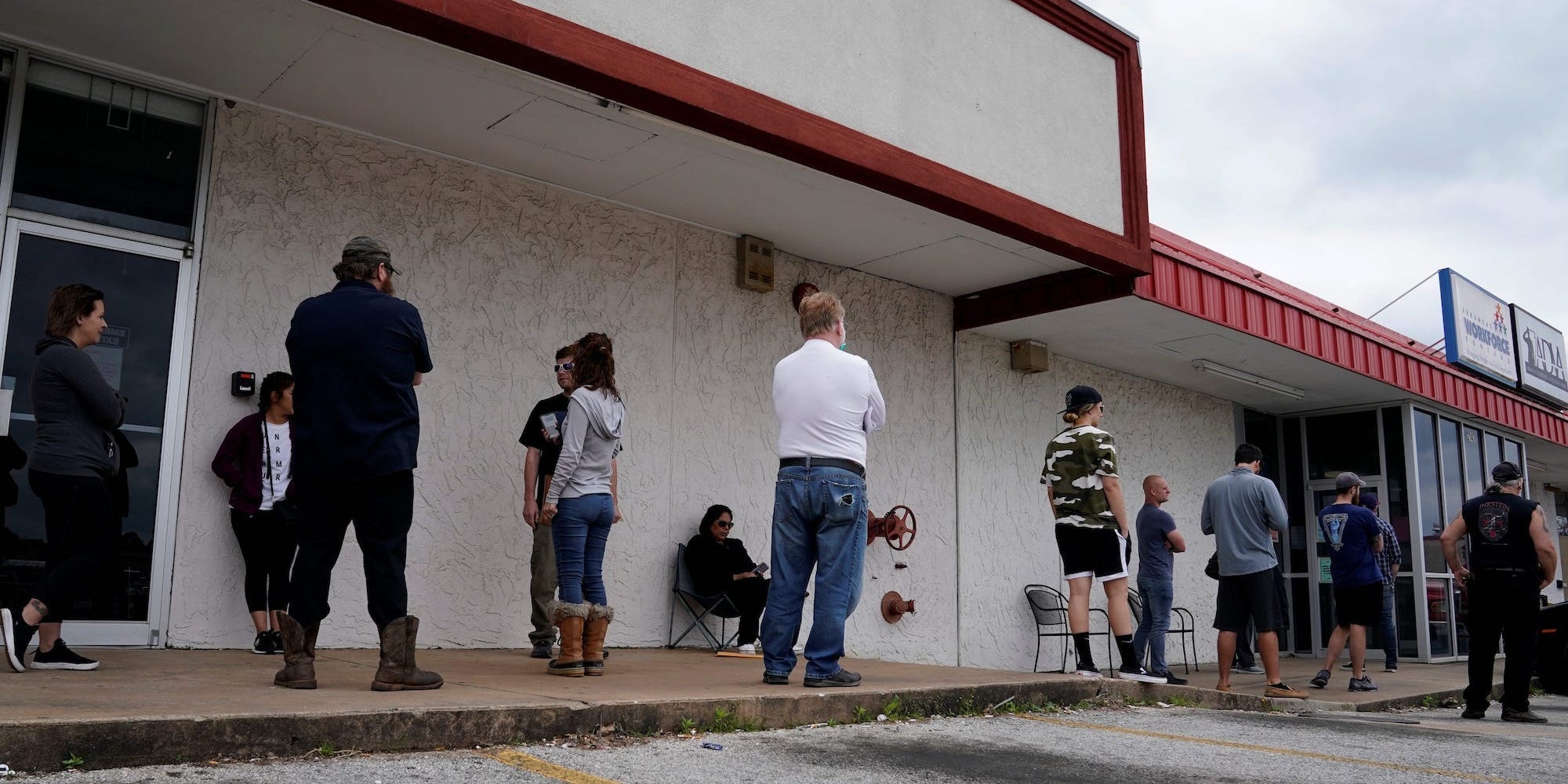 The number of people filing for unemployment insurance in the US rose less than estimated as Democrats neared a critical vote on President Joe Biden’s stimulus proposal.

New jobless claims reached an unadjusted 745,000 for the week that ended Saturday, according to the Labor Department. The median estimate from economists surveyed by Bloomberg was for 750,000 claims. The reading comes in above the previous week’s revised count of 736,000 claims.

Continuing claims, which track Americans receiving unemployment benefits, declined to 4.3 million for the week that ended February 20, in line with economist expectations.

“We expect the trend to fall sharply over the next few months, provided the new Covid variants don’t trigger a spring wave in cases and, more importantly, hospitalizations,” Ian Shepherdson, chief economist at Pantheon Macroeconomics, said. “The jury is still out.”

More than 80 million filings for unemployment benefits have been made since claims first shot higher nearly one year ago. That sum dwarfs the 37 million filings made during the Great Recession. All weekly readings since March still exceed the high of 665,000 from the previous downturn.

The claims data comes one day after ADP published its monthly count of private payroll additions. The US private sector added 117,000 jobs in February, according to the Wednesday report. The gains come in well below the 200,000 private payrolls expected by economists, signaling a weaker labor market recovery than hoped.

A more detailed look at how hiring fared last month will emerge when the Bureau of Labor Statistics publishes its monthly nonfarm payrolls data. Economists expect the report to show the US adding 198,000 payrolls in February.

The millions of Americans still jobless could soon receive fresh aid from Washington. House Democrats approved the $US1.9 ($2) trillion American Rescue Plan Act on Saturday, teeing the stimulus package up for a Senate vote in the coming days. The deal includes $US1,400 ($1,797) direct payments, a $US400 ($514) boost to unemployment benefits, and state and local government aid.

Democrats are still split on some tenets of the package. More moderate members of the party have pushed a smaller, $US300 ($385)-per-week supplement to federal unemployment insurance. Others are debating whether the boost should end in August as established in the package or in September.

Compromises have already been made as a result of this moderate pressure. Biden on Wednesday approved a faster phaseout for stimulus checks that leaves individuals earning more than $US80,000 ($102,702) and couples making more than $US160,000 ($205,405) without payments.

With the Senate vote looming and Democrats needing all 50 Senate members to back the measure, additional changes could be made to shore up support.