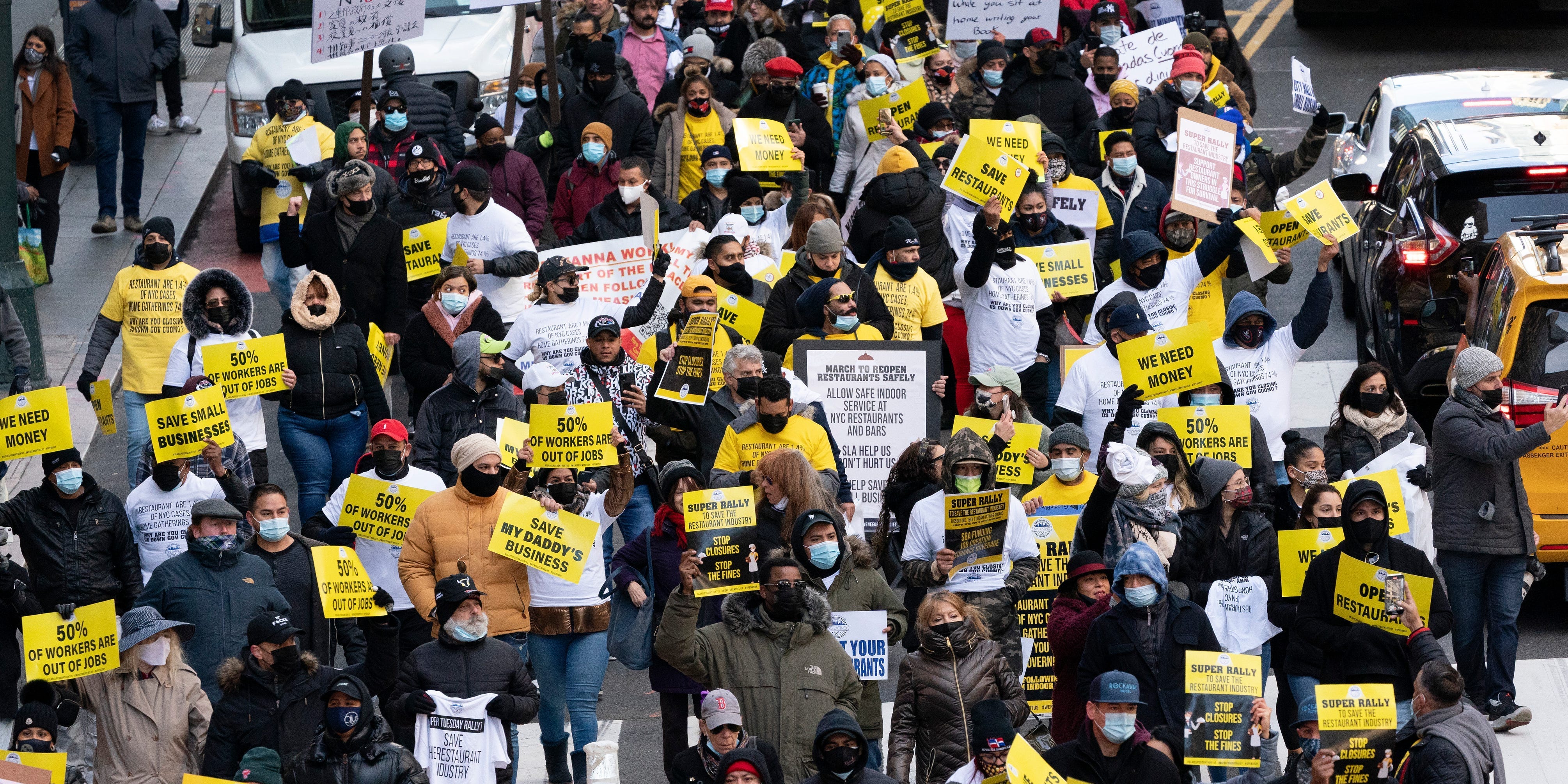 The number of Americans filing for unemployment benefits declined more than expected last week, signaling the labor market is still recovering, albeit at a modest pace.

New jobless claims totaled an unadjusted 730,000 for the week that ended Saturday, the Labor Department announced Thursday morning. Economists surveyed by Bloomberg expected the reading to come in at 825,000 claims. Last week’s total is also below the previous period’s revised count of 841,000 claims.

While down significantly from the early days of the coronavirus pandemic last spring, new jobless claims wavered at about 800,000 for weeks amid slowed hiring activity. Weekly counts still exceed the 665,000 filings made during the worst week of the 2008-2009 financial crisis. And the roughly 80 million claims made during the pandemic is more than double the 37 million filings seen during the previous downturn.

Labor-market indicators haven’t fared as well as some other economic data in recent weeks. Retail sales leaped 5.3% in January, according to Census Bureau data published last week, trouncing the 1% gain expected by economists. The data signals stimulus passed by President Donald Trump late last year efficiently lifted household spending during one of the worst months of the pandemic.

More recently, IHS Markit reported US business activity improved the most in almost six years in a preliminary February reading. The firm’s index of output across the service and manufacturing industries rose 0.1 point to 58.8, marking the strongest rate of growth since March 2015. The bulk of the improvement came from the service sector, while the manufacturing industry continued to expand at a relatively strong pace.

Pandemic data has similarly shown encouraging trends. Daily case counts in the US are less than a third of their early-January peak, and hospitalizations have also steadily declined. The US is administering 1.3 million vaccine doses a day on average and has so far administered 65 million doses, according to Bloomberg data.

The recovery is set to receive a boost from Washington in the coming weeks. House Democrats on Wednesday indicated they’ll hold a floor vote on President Joe Biden’s $US1.9 ($2) trillion stimulus proposal on Friday. The legislation would then be sent to the Senate, where Democrats aim to pass the bill through budget reconciliation and send it to the president’s desk by March 12.

That timeline would allow for expanded unemployment benefits to continue instead of expiring March 14. The package also includes $US1,400 ($1,754) direct payments, aid for state and local governments, and an increase of the federal minimum wage to $US15 ($19) an hour.